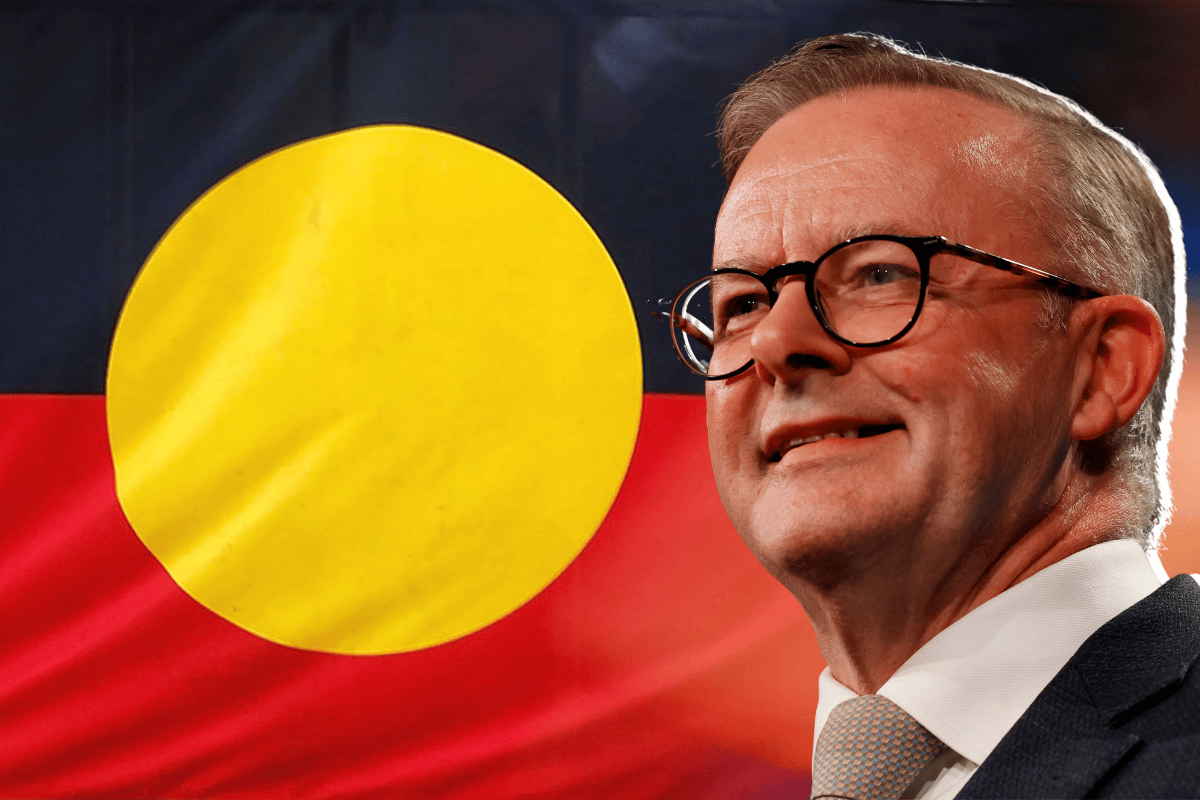 It's been exactly five years today, since the Uluru Statement from the Heart was delivered.

And now, under a new government, it's finally one step closer to being enacted.

The statement, which calls for major change to the constitution, was one of the first points Prime Minister Anthony Albanese raised during his victory speech on election night.

"On behalf of the Australian Labor Party, I commit to the Uluru Statement from the Heart in full," he said.

"Together we can embrace the Uluru Statement from the Heart. We can answer its patient, gracious call for a Voice enshrined in our constitution. Because all of us ought to be proud that amongst our great multicultural society, we count the oldest living continuous culture in the world."

It marks the first time the government has committed to a referendum on a First Nations Voice to Parliament since the statement was issued.

But with Labor now in its first week of power, when will the changes actually be instated?

Here's what you need to know about the Uluru Statement from the Heart.

What exactly is the Uluru Statement from the Heart?

The Uluru Statement from the Heart is a 12 paragraph statement calling for major changes to the Australian Constitution.

The statement was endorsed by a gathering of 250 Aboriginal and Torres Strait Islander leaders in May 2017, following a First Nations National Constitutional Convention in Uluru.

The first element, Voice, calls for a First Nations Voice to Parliament to be enshrined in the Constitution. This would give First Nations people a say in the laws and policies that are created about them.

In order for the Voice to be enshrined in the Constitution, a referendum needs to be held and Aussies will need to cast their vote.

First Nations leaders have put forward two potential dates for a referendum; May 27, 2023, which is the anniversary of the 1967 referendum which gave parliament the power to make laws for Indigenous Australians, or January 27, 2024. 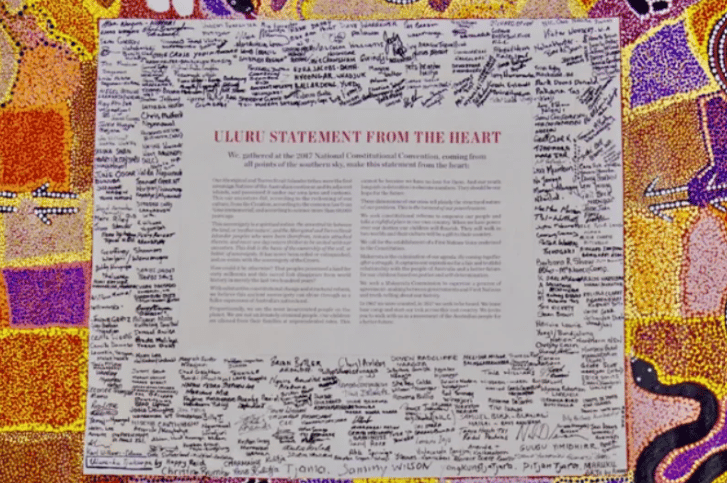 The second proposal in the statement is about the creation of a Makarrata Commission. 'Makarrata' refers to the coming together after a struggle and since the 1970s, has been used to describe the process of Treaty. A Makarrata Commission would oversee a process of agreement-making between governments and First Nations people and Truth-telling about the past.

When will the government enact the Uluru Statement from the Heart?

The government says they will progress a referendum to enshrine a Voice to Parliament in the Constitution "as a matter of priority". They will also establish a Makarrata Commission to work with the Voice to Parliament on a national process for Treaty and Truth-telling.

Ahead of the election, Albanese told reporters he'll "sit down with Indigenous people and, if we’re successful, it would be my intention to hold a referendum in our first term."

But we don't know exactly when that will happen.

"The Uluru Dialogue people, who I am meeting with very shortly, within the next few days, as you know have put out two possible dates and they are, of course, going to be closely considered," she said.

But while a timeline isn't set, Burney says "Australians are more than ready for the discussion about a Voice to Parliament."

"It’s time we put the discussion at the centre of our national discourse and took it to a vote," she said earlier this month, according to The Guardian.

Is the government planning to enact the statement in order?

The statement calls for a Voice, followed by Treaty and a Truth-telling commission.

Ahead of the election, the Greens said they were planning to roll out a different sequence of measures that was originally laid out in the statement by prioritising Truth-telling and Treaty, followed by Voice.

"I don't know that there has to be a sequence in terms of Voice, then Truth-telling, then Treaty," she told 7:30.

"I actually think that you can work on getting a referendum underway and you can establish a Makarrata Commission at the same time."

Is your career important to you? Take this short survey now to go in the running to win a $50 gift voucher!

Reply
Upvote
1 upvotes
The Aboriginals didn't make us wait for a referendum about whether we could dock our ships and disembark.
I know that is a very simplistic and somewhat trite comment, but COME ON! A referendum? We can't even get daylight savings agreed to in WA, and we've had about 10 attempts.
We shouldn't get to have an opinion about whether Indigenous people should be included in the constitution. It is absolutely, unequivocally, obvious; of course they bloody should be.
I am now annoyed that I got so excited about Albo's swift statement acknowledging the existence of the Uluru statement.

Reply
Upvote
@dldm78 I've yet to see a compelling reason as to why they should be included in the constitution. That's not what a constitution is for.
M
mb1111 2 months ago

Reply
Upvote
1 upvotes
@dldm78 Section 128 of the constitution requires a referendum.
It is also a sad truth that many on those ships never wanted to board them in the first place. For many it was a tough price to pay for stealing a loaf of bread or some such thing.
L
laura__palmer 2 months ago

Reply
Upvote
1 upvotes
@dldm78 I don't want to vote on this. I want Aboriginal people to work it out amongst themselves and then let us know what they want to do. And, if they decide that is what they want, then have it enacted without fuss and carry on. It's unfortunate that the law requires there to be a referendum, it's going to cause harm, just like the gay marriage plebiscite did.
Resources
Very Peri
News
General
Opinion
True Crime
Politics
Sport
Explainer
Entertainment
Celebrity
Reality TV
Movies
TV
Books
Rogue
Royal
Lifestyle
Beauty
Fashion
Weddings
Home
Wellness
Health
Fitness
Travel
Food
Family
Before The Bump
Pregnancy
Baby
Kids
Teens
School
Parent Opinion
Work & Money
Money
Finance
Career
Lady Startup