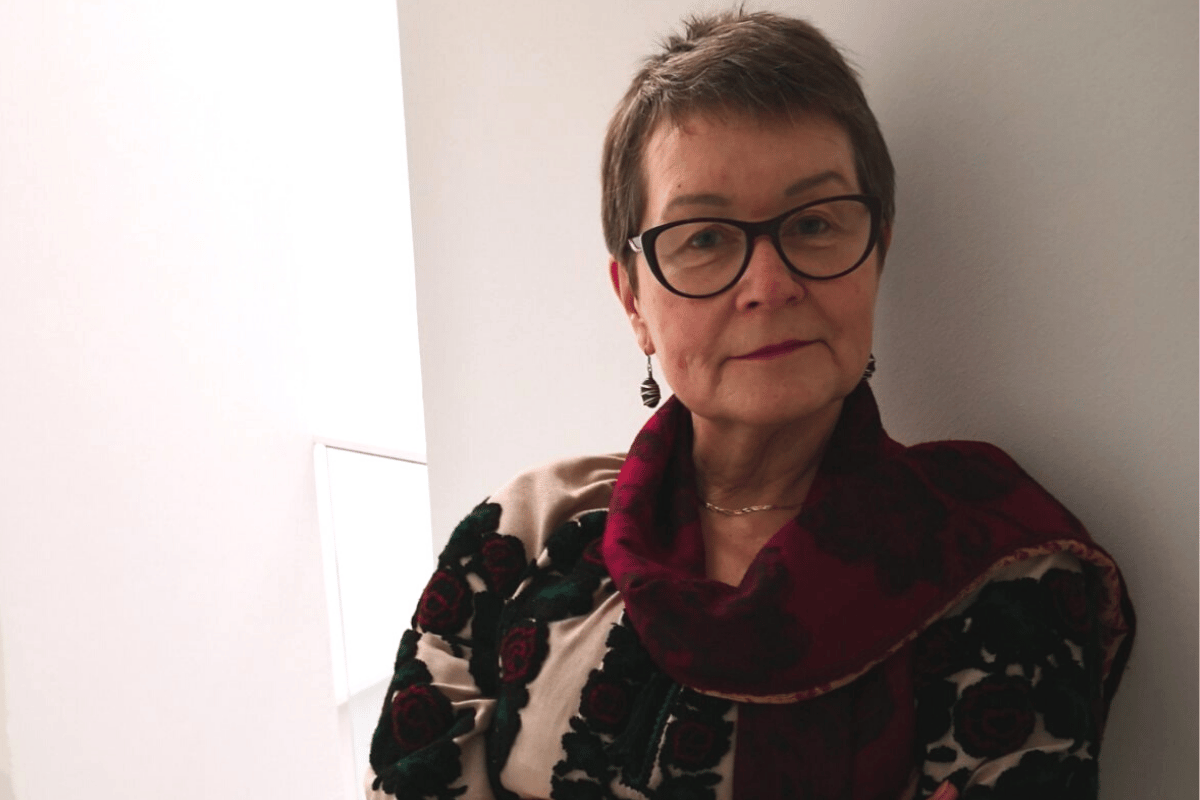 Imagine you are overseas visiting your loved ones and taking care of your elderly unwell mother. The day you are supposed to leave Ukraine, you hear that the government is reporting Russia is planning to invade Ukraine today.

This is exactly what happened to Nataliya Murad, a member of Queensland's Ukrainian community who was in Ukraine and dealing with an incredibly difficult situation.

She spoke to Mamamia's news podcast The Quicky about her experience.

Watch: Stories of women from a Maternity Hospital in Mariupol, Ukraine. Post continues below.

"The original news was that Russia was going to invade Ukraine on the 16th of February," Nataliya explained.

"People were getting ready for the war to start, but given it was advertised too widely, Russia decided to postpone the invasion because as someone explained to me (who has a military background), they would look stupid if they did this on the same day."

With a flight back to Australia booked, Nataliya didn't know what to do. She had been in Ukraine, visiting and looking after her ill 87-year-old mother for the last six months.

"Until the last moment, I didn't know whether my flight [home] would go ahead or not. People in Ukraine were worried. It was with a very heavy heart that I left."

It was a mix of emotions when leaving Ukraine. Relief that she had escaped conflict. But also immense fear for those she had left behind.

"It's very difficult to describe. Something from a nightmare that you don't want to believe but you can't wake up from it. At the beginning, my thoughts were racing in my head, a lot of disbelief," she said.

Saying goodbye to her mother - who is in very poor health - was devastating for Nataliya. She didn't know if she would get to see her again.

"[Thinking back] I still can see her face. We were hugging each other before my flight. We were not sure whether we will see each other alive again. That's something I try my best not to think about. And same goes for my sister, my nieces and their children. And my daughter for that matter," Nataliya said to The Quicky.

Fortunately, in the last month, Nataliya's daughter has also been able to escape Ukraine. But even though Nataliya and her daughter are safe in Australia, she still felt "guilty" in a way for leaving.

"When you think about all those people in Ukraine, even just about my family and friends, I thought to myself: 'do I feel like a traitor?' Obviously it was a good move for me to come here [to Australia] but at the same time I wanted to do something."

It's a feeling of helplessness, that collectively so many of us are experiencing. Of course we can donate, we can criticise Russia and call for change - but making a tangible immediate difference is near-impossible. And that's what Nataliya has found particularly challenging.

"It's difficult to describe the feeling, except that it consumes you. You just want to sit down, scream and cry. Or just close your eyes and think 'no it's not happening, no it's not true'," she said. "It's a range that so many of us Ukrainians in Australia feel." 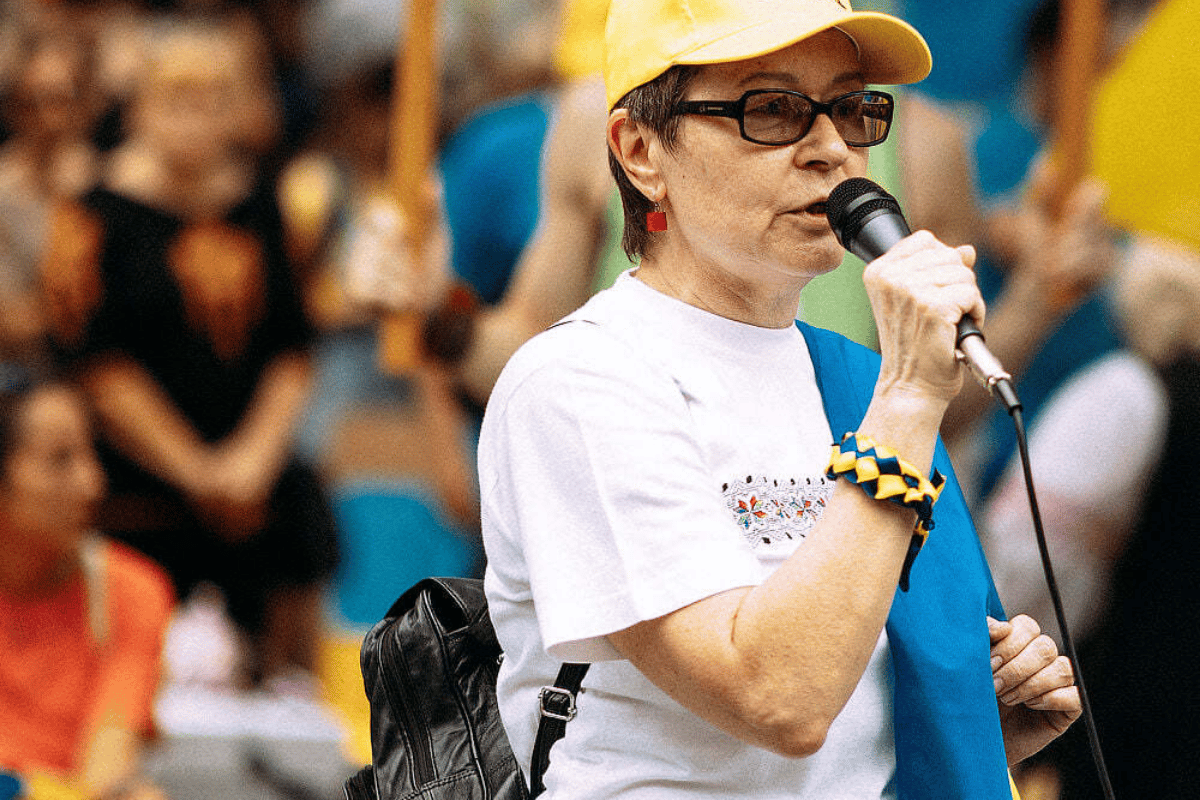 As for how Nataliya's Ukrainian family are currently doing, she says so far they have been very lucky.

"We are from the western part of Ukraine which is very close to the Ukrainian/Polish border. So they started bombing that part of Ukraine only a week ago. But when there are sirens and people are told to go downstairs to a bomb shelter and [take cover], my mum struggles," Nataliya shared.

Given the state of her mum's health, she is barely able to walk. Luckily, she lives in a very old, solid and sturdy building so she is able to go to her cellar to take cover. But even that short journey is full of difficulty, especially when you have to go into the cellar at a moment's notice.

"At some point she said 'I'm not going down there any more', because it hurts so much. She relies on so many medications for her thyroid and heart. And so far, we have been lucky with plenty of medication. But supplies in Ukraine are now scarce."

As a young child, Nataliya's mother lived through World War II, and as she has said herself, it is something you do not want to relive twice in your lifetime.

"She's very concerned about her children and grandchildren and what will happen to them."

As for how Nataliya's family feel about Vladimir Putin, it's something they choose not to discuss.

"He is not her concern. It is the people in Ukraine. Talking about him is like giving him some kind of importance. We don't want to talk about him because he's a madman. We don't know what he'll do next," she told The Quicky.

It has now been a full month since the Russian army invaded Ukraine. And in those four weeks, we have seen whole cities flattened and innocent people killed. At the moment, Nataliya is using this time to keep in contact with her loved ones as much as she can. But she sees firsthand the affect war is having on their morale.

"I try to cheer my mother up every time I call her. But I know she is putting on a brave face and that she is terribly worried when we talk on Skype. I can see her wiping her tears or being very stressed and pale."

As Nataliya and the rest of the world waits to see what happens next, she wants people to remember something: the Ukrainian people are determined and strong.

"Us Ukrainians are very grateful to the Australian government and its people for their support. We are all fighting for freedom. For dignity. And to end oppression. There's a saying that is going around on social media: 'Putin's mistake was that he sent slaves to fight free people', because many people in Russia have been brainwashed. But people in Ukraine have leaders we choose. We are fighting for our lives and for our children."

If you would like to know more about how to help the people of Ukraine, you can read this guide: Exactly what you can do to help people in Ukraine right now.

You can also donate to the Ukraine Crisis Appeal fund: a collaboration between the Australian Federation of Ukrainian Organisations (AFUO), Rotary Australia World Community Service (RAWCS) and Caritas Ukraine. All donations are tax deductible.