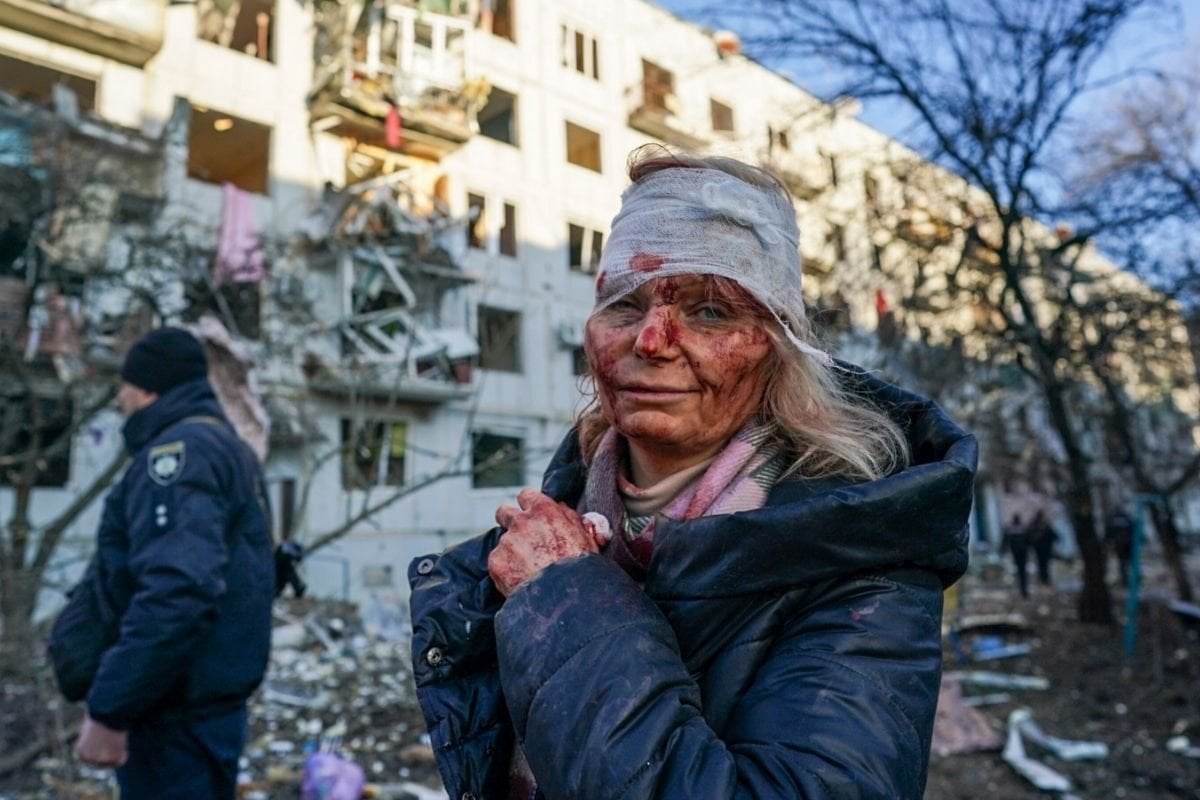 It has been 100 days since Russia invaded Ukraine.

Ever since Russian soldiers invaded the country on February 24, the United Nations says 4,113 civilians, including 242 children, have been killed and nearly 12.8 million people have been displaced. Actual figures however, it notes, are likely to be much higher.

We've heard the stories of horror that've emerged from the Bucha massacre, where over 300 civilians were killed.

We've witnessed a maternity hospital being bombed in Mariupol.

Just last week, a 21-year-old Russian soldier was sentenced to life in prison for killing an unarmed 62-year-old man in the first war crimes trial since the invasion.

But despite the mass casualties, the war still rages on with no end in sight.

Around 20 per cent of Ukraine's territory is currently under Russian control, according to President Zelensky.

This week, Russian forces have tightened their grip on an industrial city as part of their drive to control the eastern Donbas region.

To help Ukraine's fight, President Joe Biden has just announced a $US700 million ($A971 million) weapons package for the capital city of Kyiv, that will include advanced rocket systems with a range of up to 80 kilometres.

As the war continues, here are the photos we can't look away from.

The cost of the war on women and children. 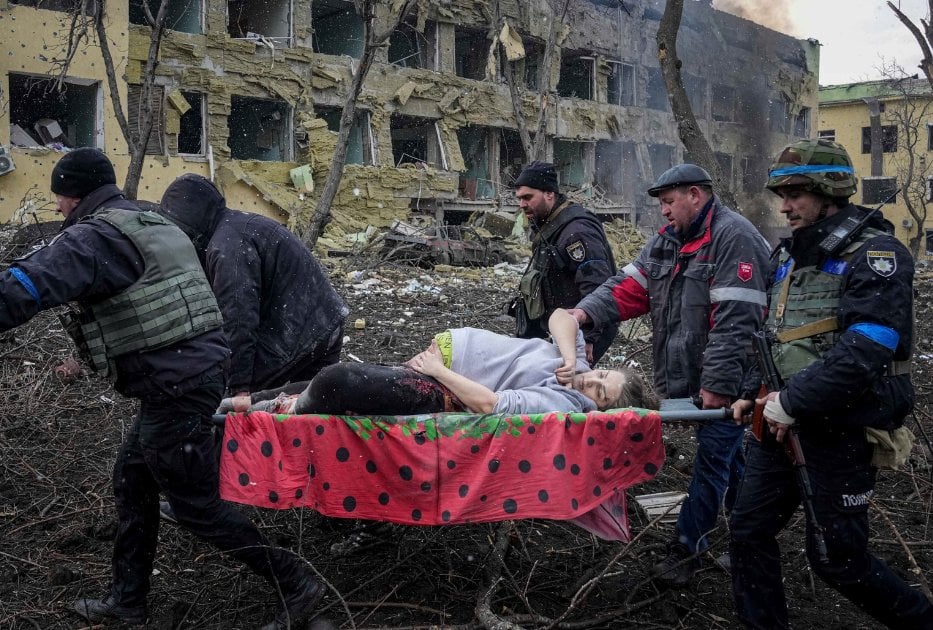 This is the photo that made headlines around the world in March. A young woman clutches her swollen belly while being stretchered to safety after a maternity hospital was bombed in Mariupol. Neither she nor her baby lived. Image: AAP/AP Photo/Evgeniy Maloletka. 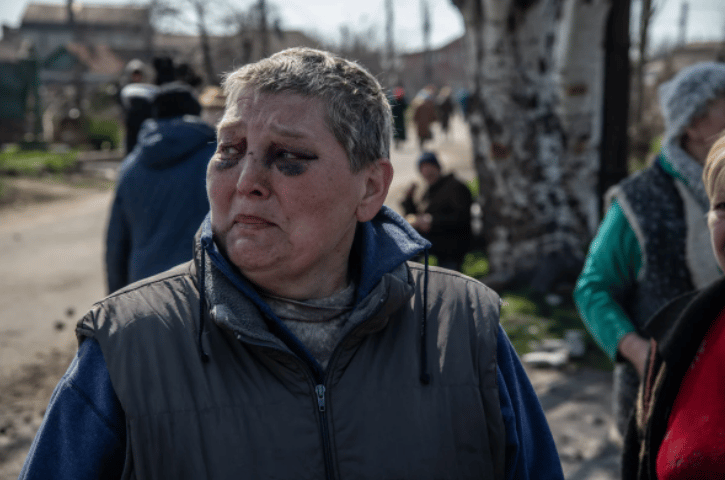 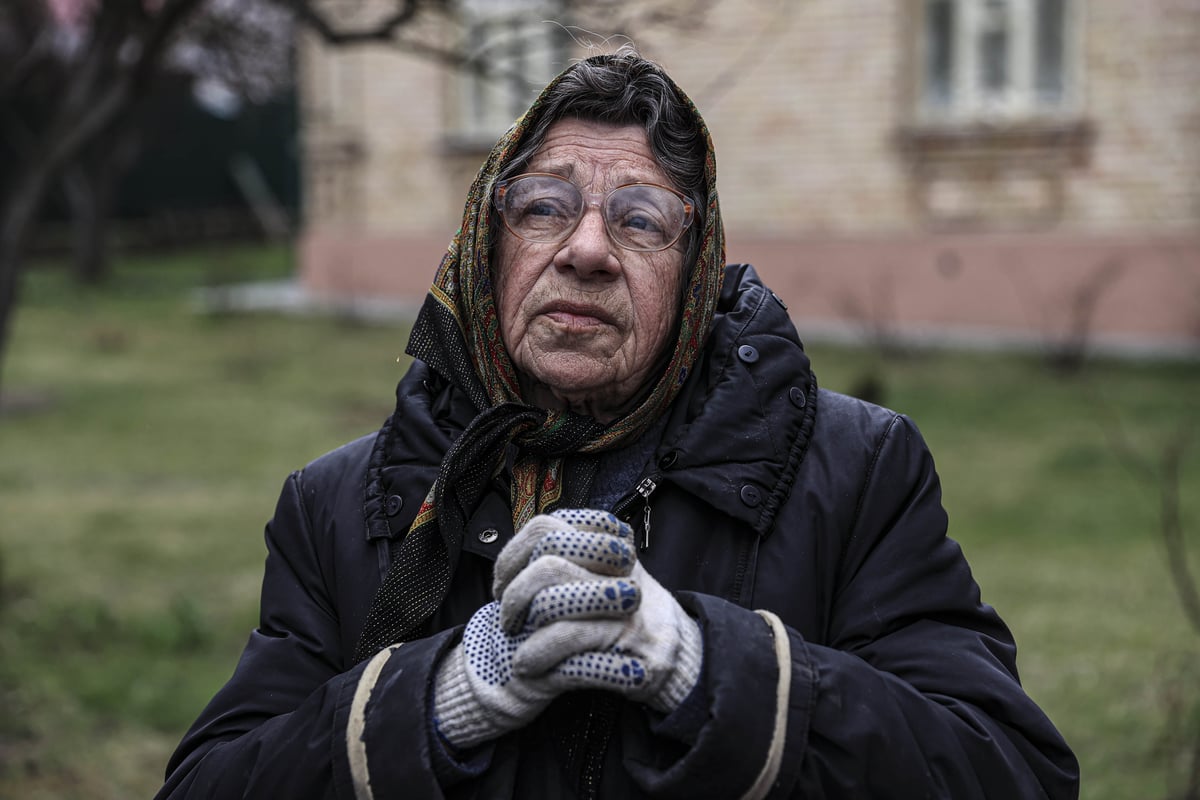 80-year-old Anna Zamogilniya, who continued to live in Bucha during the Russian attacks, is seen in front of her house in Bucha in April. Ukrainian President Vladimir Zelensky met Anna and her husband during his visit to the town. Image: Metin Aktas/Anadolu Agency/Getty. 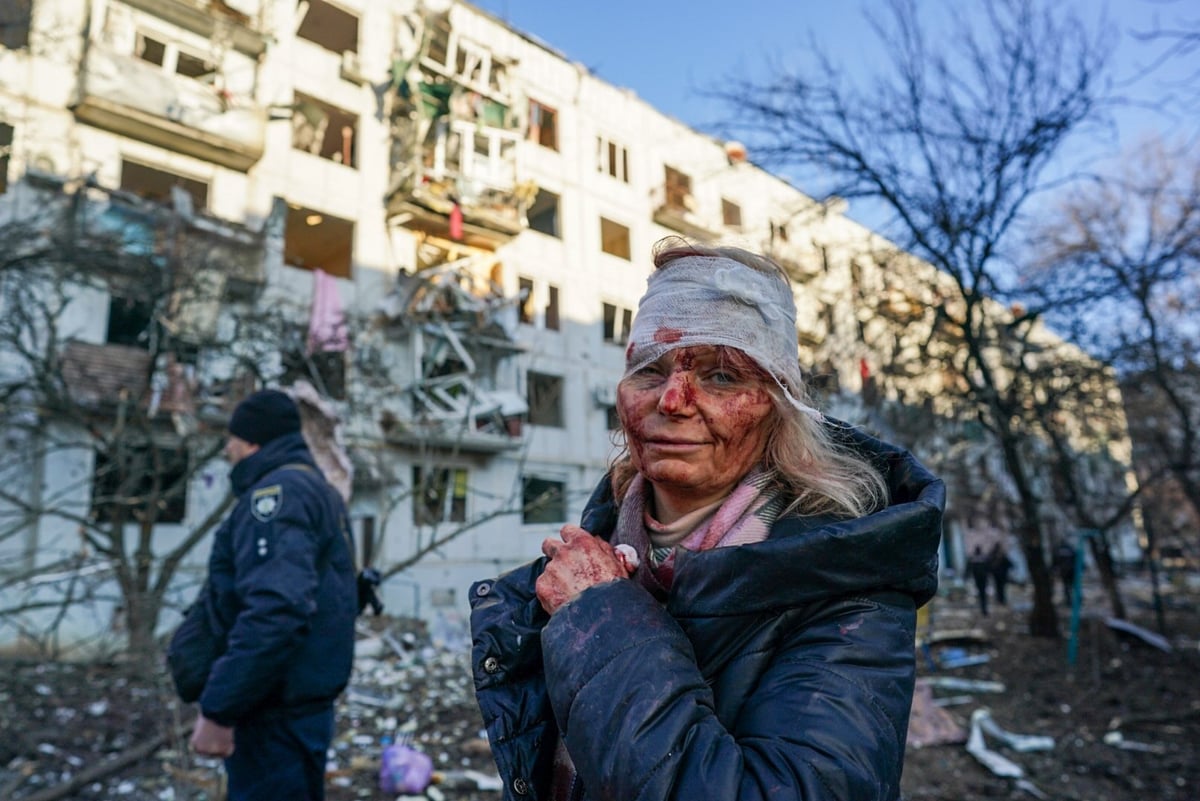 A wounded Olena Kurilo, is seen after an airstrike damages an apartment complex outside of Kharkiv, Ukraine on February 24, 2022. Image: Wolfgang Schwan/Anadolu Agency via Getty. 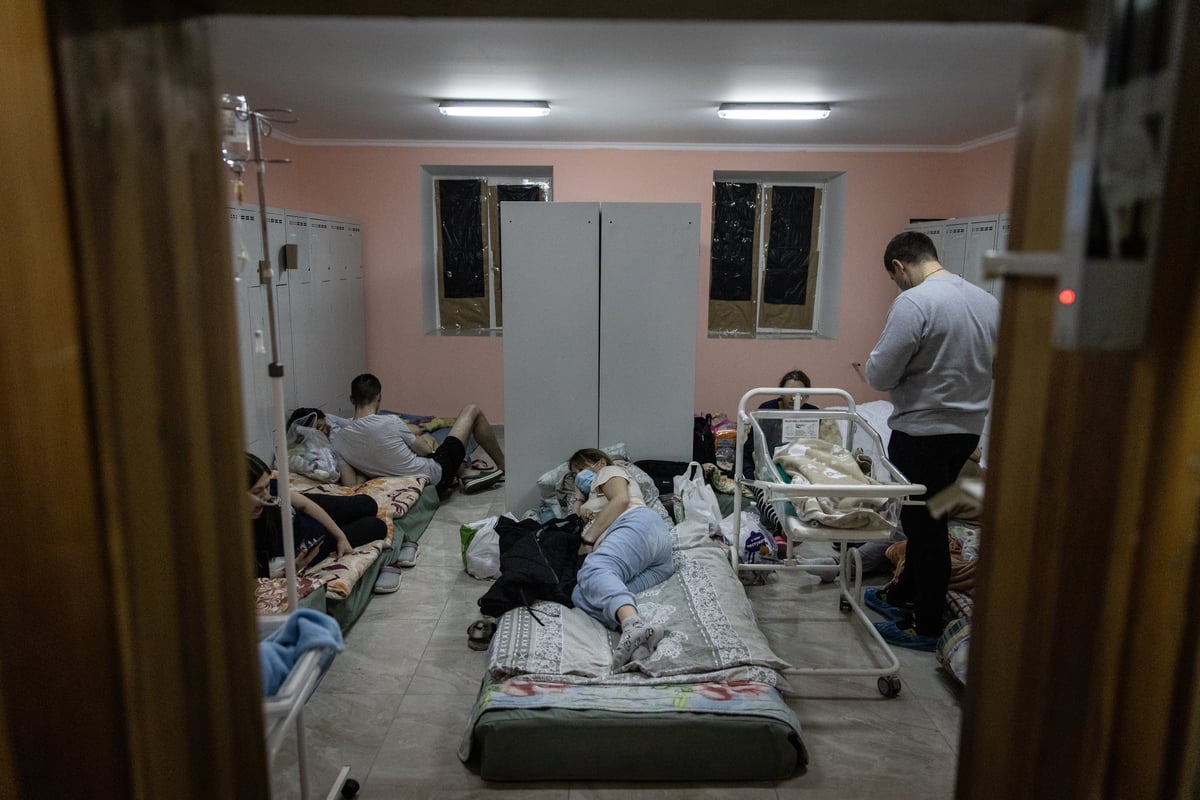 Women rest in the bomb shelter of a maternity hospital on March 02, 2022 in Kyiv. Image: Chris McGrath/Getty.

In February, Olena Zelenska, the wife of President Vladimir Zelensk, shared a photo of a baby who was born in a bomb shelter in Kyiv.

"This was to take place in completely different conditions, under peaceful skies. It is what children should see," she captioned a photo of the baby on Instagram.

"The main thing is that despite the war, there were doctors and caring people on our streets next to her. She will be protected and defended. Because you are incredible, dear compatriots. We are the army, the army is us. And children born in bomb shelters will live in a peaceful country that has defended itself."

In April, a desperate Ukranian mother wrote her contact details on her daughter's back in blue biro in case she becomes orphaned in the war.

The families who have fled. 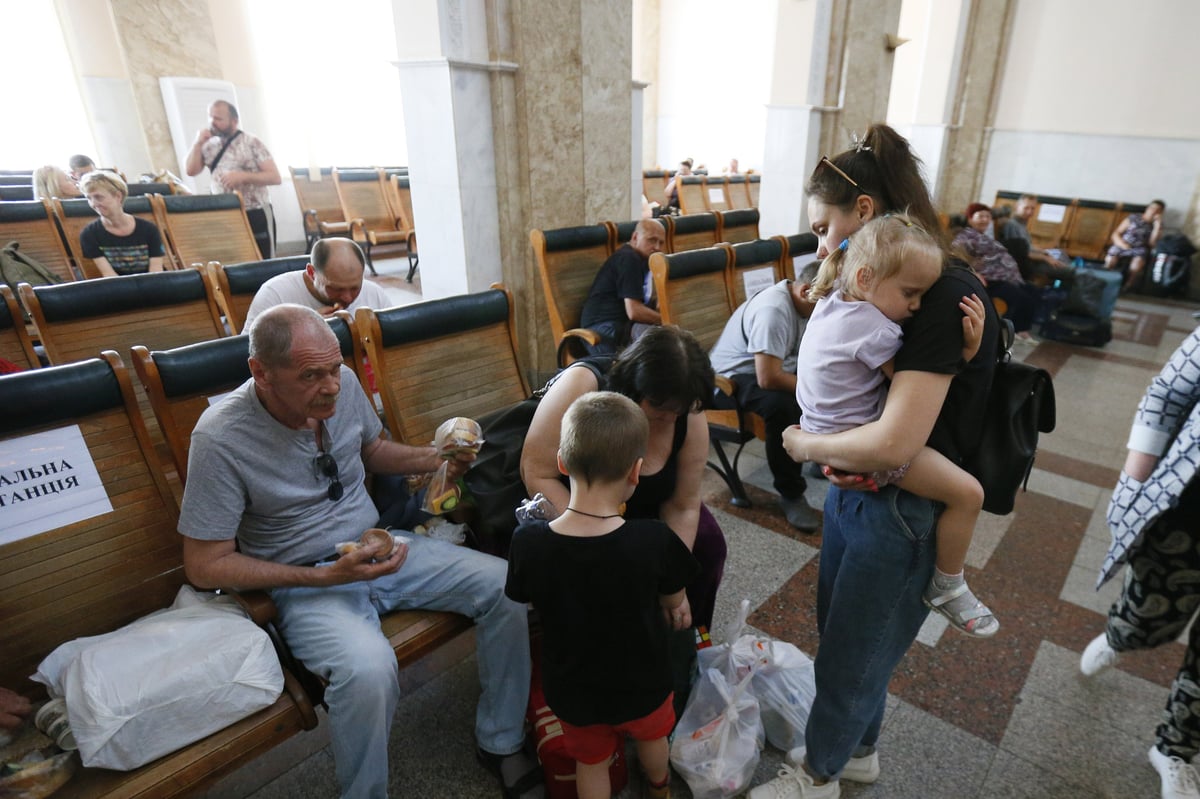 Refugees from Mykolaiv are given food and aid after their evacuation from Mykolaiv at the railway station in Odessa, Ukraine in June. Image: Vladimir Shtanko/Anadolu Agency/Getty. 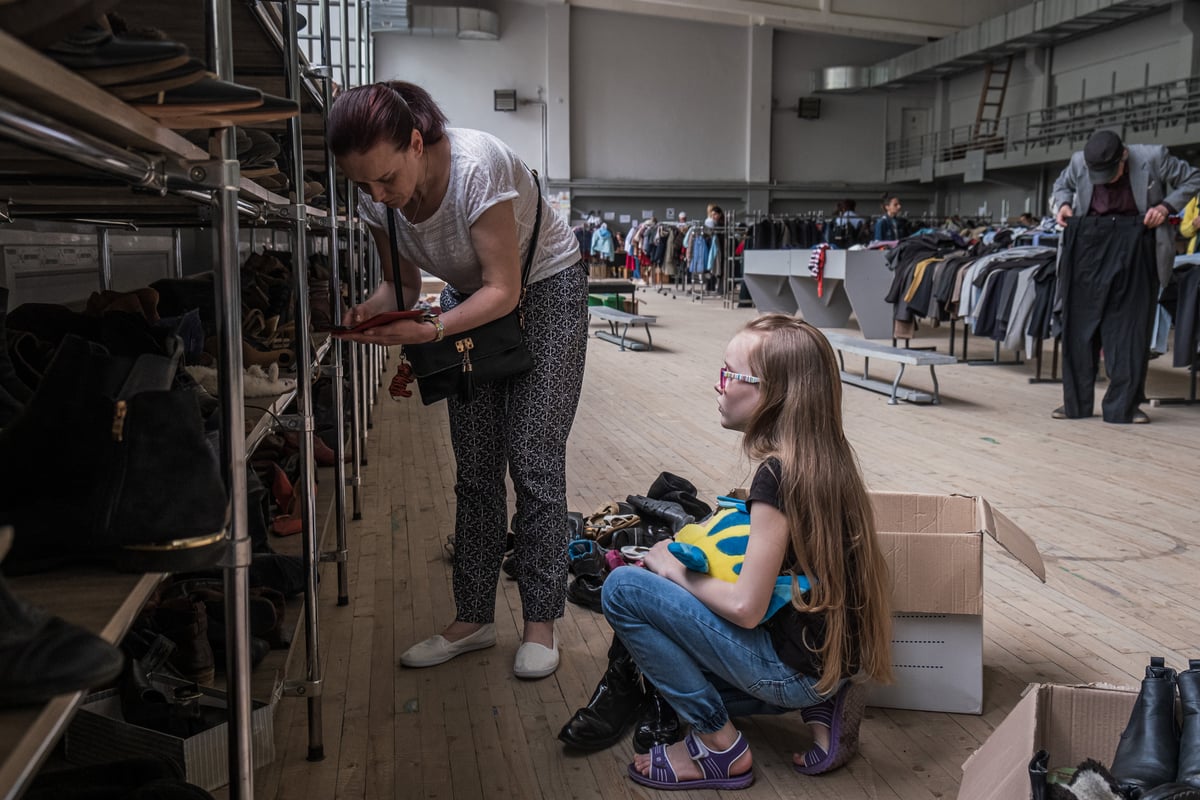 Ukrainians choose clothes in Chernivtsi, Ukraine in May. The Chernivtsi Regional Military Administration is responsible for distributing necessities, especially clothing and books. Since the beginning of the war, many people have moved to this town, which is located a few kilometres from Romania, to escape from the bombs. Image: Adri Salido/Anadolu Agency/Getty. 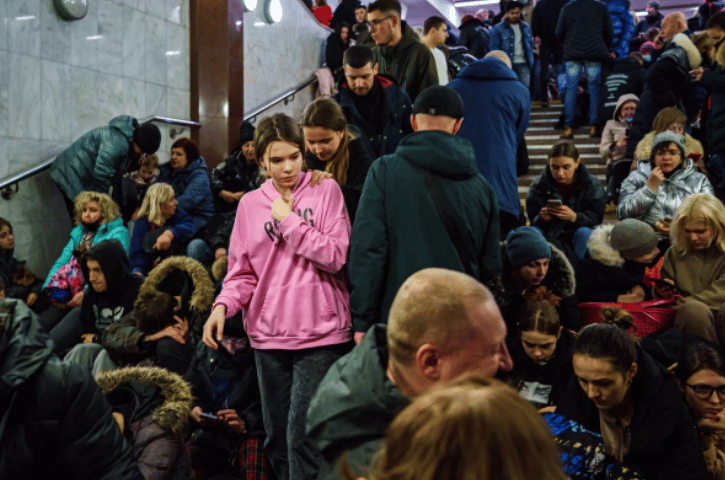 Ukrainians leave their homes and shelter in a subway station at the start of the invasion. Image: Getty.

As thousands fled in March, parents in Poland came to the aid of mothers escaping with their children.

In a post shared by photojournalist, Francesco Malavolta, prams were seen lined with blankets on a train station platform in Poland for mothers entering the country.

The destruction and loss left behind. 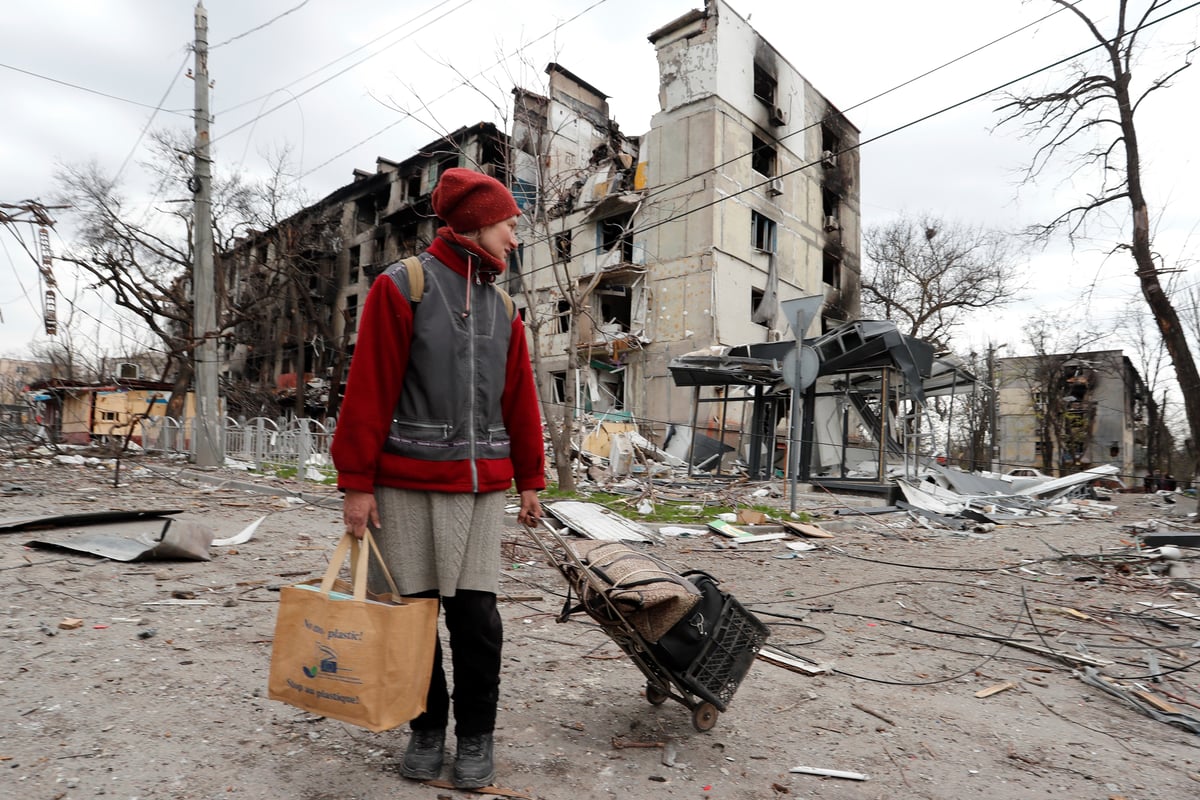 A resident walks near damaged buildings in Mariupol on April 18, 2022. Image: Victor/Xinhua/Getty. 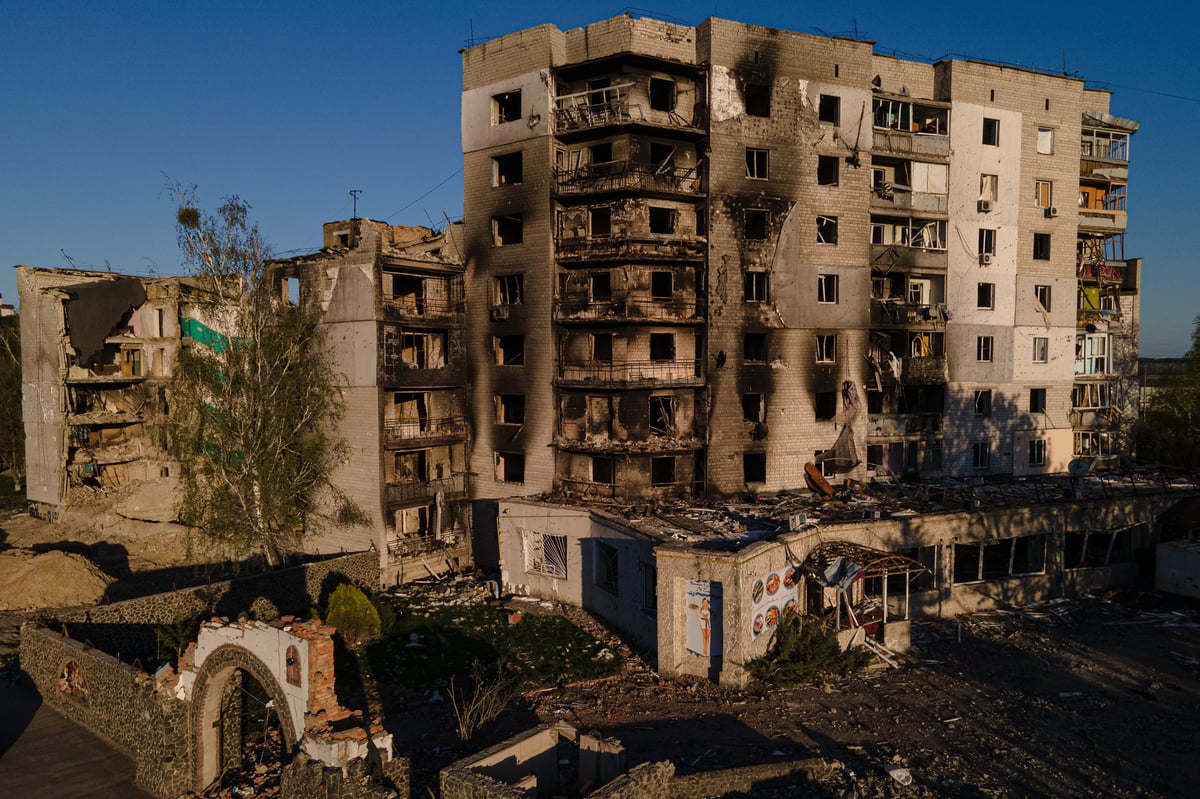 A destroyed apartment building in Borodianka, Ukraine in May. Image: Alexey Furman/Getty. 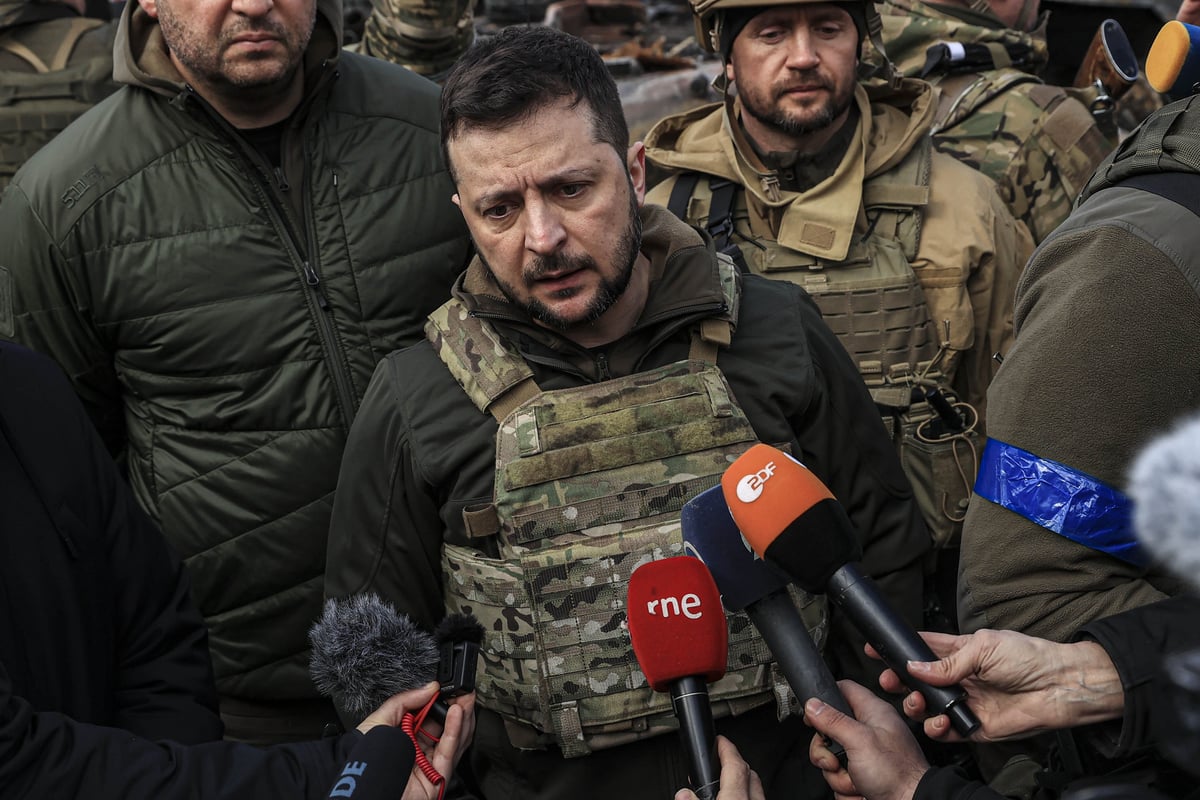 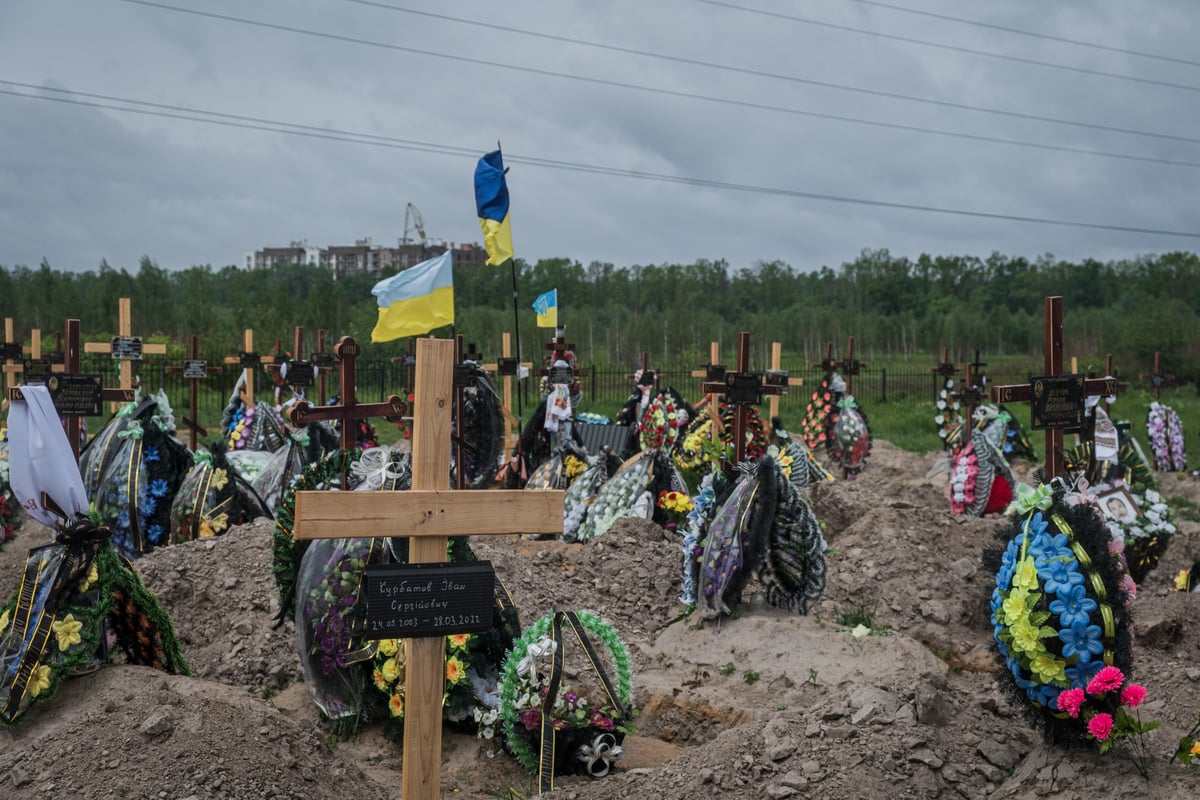 Bucha's cemetery full of new burials who locals describe as "heroes" who fought for their country. Image: Adri Salido/Anadolu Agency/Getty. 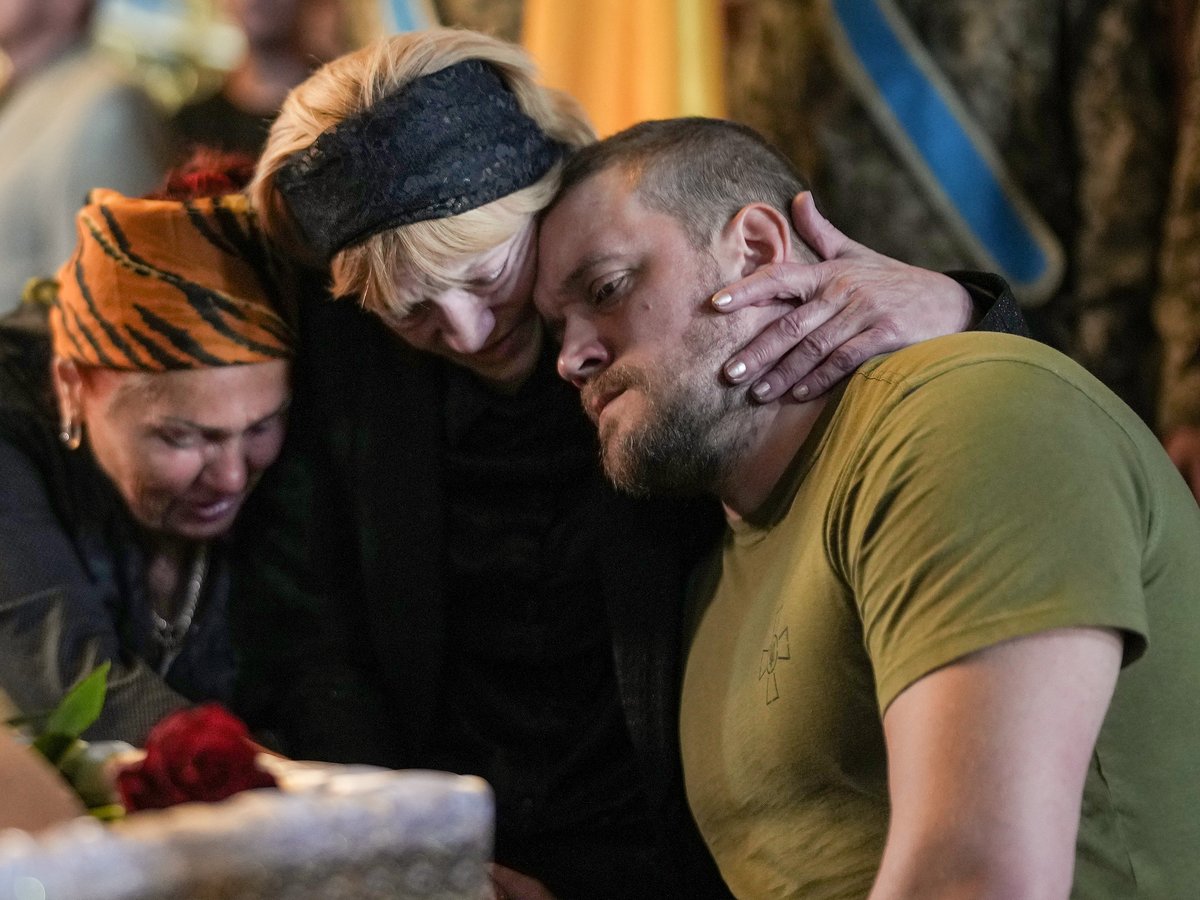 Relatives, friends and comrades of a Ukrainian soldier attend his funeral in Kyiv in May. Several thousand Ukrainian soldiers have been killed in action, with the president estimating about 60 to 100 Ukrainians are dying every day. Image: by Christopher Furlong/Getty. 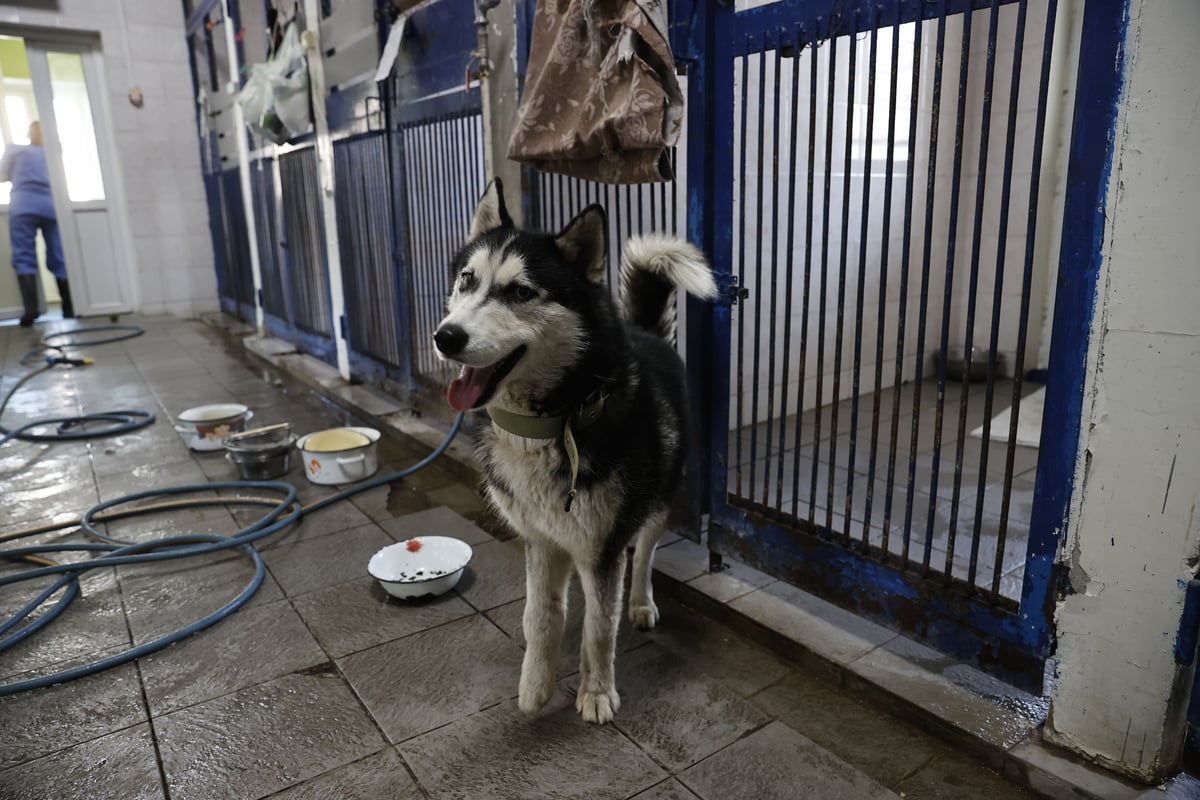