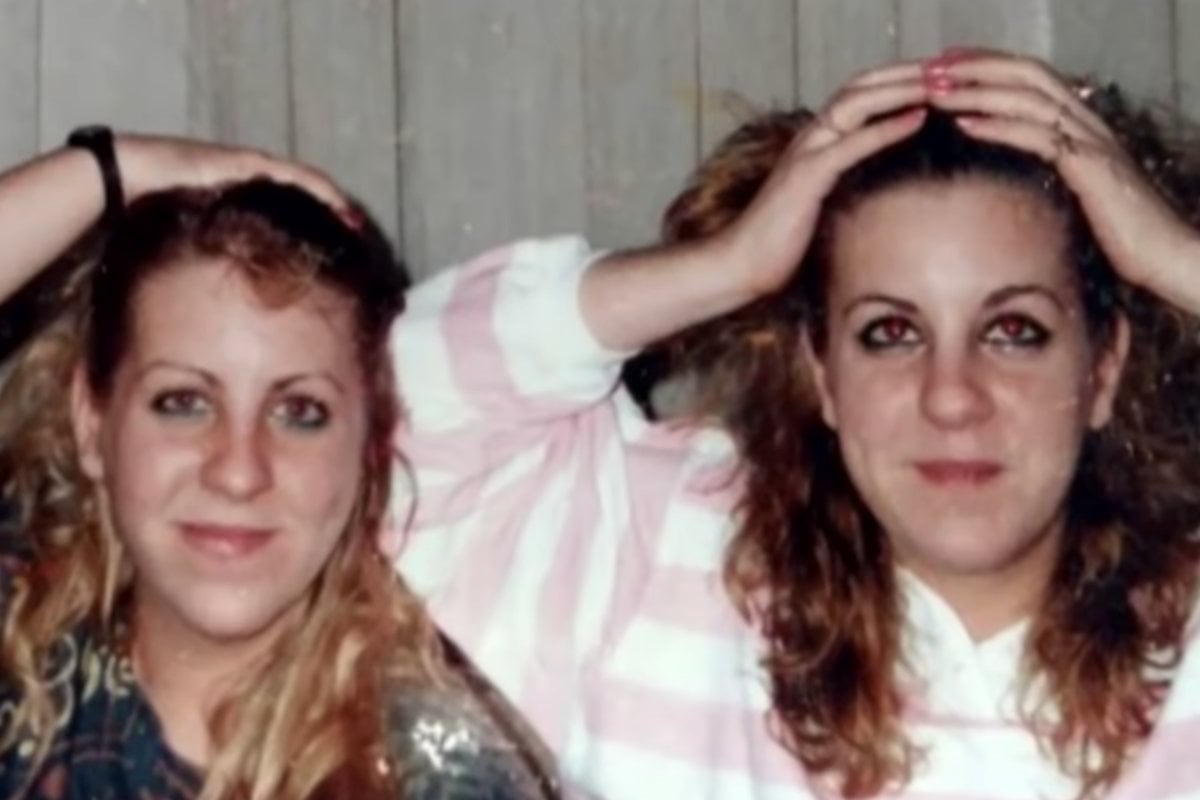 Melanie Mertzel was 23 years old when a woman visited her parents' restaurant and asked: 'Are you adopted?'

The woman didn't understand why Mertzel didn't recognise her, leading her to make - and voice - that assumption.

Mertzel lied, telling the woman, 'No.'

"I don't go around saying that information," Mertzel told 60 Minutes on Sunday night. "T﻿hen, a week or two later, she came in with a picture of Ellen."

The photo of Ellen Carbone looked eerily similar to Melanie Mertzel. She remembers her boyfriend being astounded, saying "That's you," to which she responded, "That is not me."﻿

"Don't tell me who I am. I know who I am," she remembers saying.

But she was intrigued by this near-identical girl in the photo. The woman passed on Carbone's details, for her to contact if she wished. 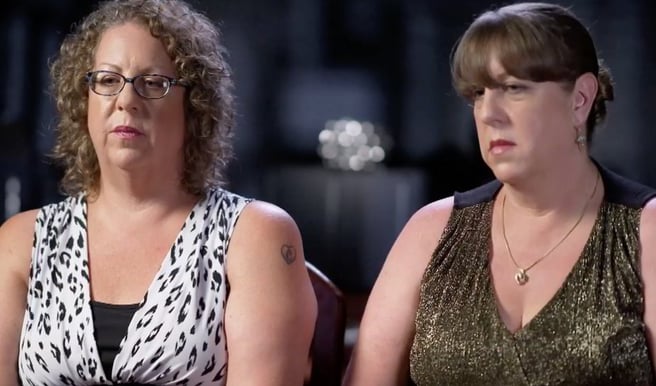 "When I went home from work that day, I called Ellen [Carbone] and when I heard her voice, I was like, "Oh my god. You sound just like me.' And then we started talking about everything," Mertzel told the Channel Nine news program on Sunday night.

Over the phone, they realised they had the same birthday, identical laughs, and they both had been subject to testing growing up.

The girls were adopted through an agency called Louise Wise Services, which told the respective adoptive parents that their daughter was part of a child development study. Until they were about 13 years old, a psychologist had visited their homes every few months to 'test' and 'study' them.

The real purpose of the study was kept secret. What the identical twins and parents didn’t know was they were essentially guinea pigs in a long-term study, designed by famous New York Psychiatrist Dr Peter Neubauer, aimed at answering the age-old ‘nature vs nurture’ debate.

The girls had been secretly separated at birth as part of the experiment, along with several other twins and triplets - including Eddy, Shafran and David, who made worldwide headlines when they were reunited in 1980.

It was merely a chance restaurant encounter with Ellen Carbone's aunty, the woman who asked Mertzel if she was adopted, that saw them finally meet.

Watch: The twins explain how they met 30 years ago, on 60 Minutes. Post continues below.

But whilst they were thrilled to find their long-lost sibling, it was a dark discovery they had made.

The women had been deprived of what should have been one of their most salient relationships, and they feel the sadness of that to this day.

"We were human guinea pigs. We were treated not like humans, but like animals," Carbone said on 60 Minutes﻿.

"She should've been the closest person to me in the world. And she wasn't," Mertzel reiterated.

Despite the long-term study, and the horrific lengths taken to answer the question, no scientific paper on this topic was ever published by Dr. Newbauer. He passed away in 2008 and had commanded the records of his study on twins to be kept confidential.

Twins expert Dr. Nancy Segal told 60 Minutes: "It really does seem that the twin’s suffering and the suffering of their parents and their siblings and everyone who knows them, was really for nothing.

"There is no real end product here, nothing that we can s﻿ay that we’ve learned. We’ve only learned how not to do research."﻿

You can watch the 60 Minutes episode on 9Now here.