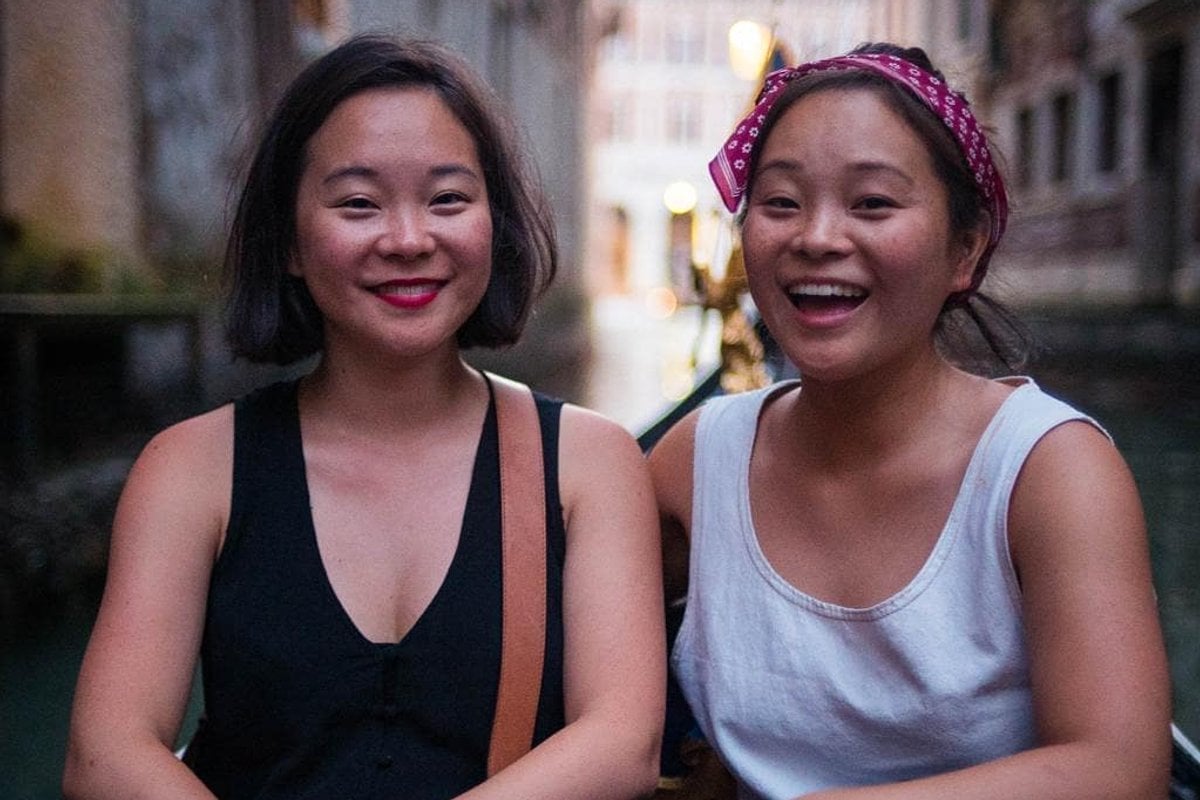 It was late 2012 when a friend sent Anais Bordier a screenshot from a YouTube video that would change her life. The screenshot was of a young American actress.

She looked exactly like Bordier, who had been adopted from South Korea, brought up in France and was studying fashion design in London.

But Bordier didn’t think this woman could be her twin, because her adoption papers said she was a single birth. She decided not to do anything about it.

Her friends weren’t prepared to leave it there. They found out the name of the actress: Samantha Futerman.

When Bordier looked her up, she could see she already had a few TV and movie credits, including Memoirs Of A Geisha. And she could see Futerman’s birthdate. It was the same as her own.

The movie The Parent Trap, where Lindsay Lohan plays identical twins separated at birth and reunited at summer camp, immediately came to mind. Bordier sent Futerman a Facebook friend request, along with a message:

Futerman, who had been brought up in New Jersey and was working as an actress and waitress in Los Angeles, received the Facebook request as she was getting her nails done for the premiere of her new movie, 21 & Over. She looked at Bordier’s photo.

“I thought it was an old head shot of mine,” she told Bostonia.

Once she read the message, Futerman decided it was “all too crazy not to be true”.

She felt sure Bordier was her twin. Her parents weren’t convinced, and thought someone might be catfishing their daughter.

But a few days after that Facebook message, Futerman replied, and set up a Skype session. It ended up going for three hours. Futerman said in the New York Post it was “unreal” to see Bordier.

“I had never seen anyone who looked even remotely like me, let alone my exact mirror reflection,” she said. “She had my laugh, my freckles, and that profile.”

But there was more.

They found they both hated cooked vegetables, feared being touched by shower curtains and needed to sleep 10 hours a night, plus take naps when they felt stressed.

Looking at their childhood photos, they had the same haircuts at the same ages.

DNA tests confirmed they were twins.

Bordier and Futerman’s parents were angry that they had been lied to by the adoption agency and told their daughters were single births.

Bordier was an only child, while Futerman had two older brothers, but both sets of parents would have been happy to have brought up twins, so that the girls could have grown up together.

“My parents were angry, for us and for themselves,” Bordier said in the New York Post.

When the twins met, face to face, in London, they just stood and stared. Bordier felt like she was in a sci-fi movie or an alternate reality, and if she hugged Futerman, “an explosion might happen”. Eventually, she walked up to Futerman and poked her.

“And when I poked her, I knew that she was real.”

After that first meeting, the twins took a nap, side by side.

“Maybe this was our way of resuming our story where it started – twins in the womb,” Futerman later wrote.

Nancy Segal, the director of the Twins Studies Centre at California State University, did a study on Bordier and Futerman.

She found they had similar heights (Futerman is a tiny 151cm tall), weights and ages of getting their first period, but there were some differences.

Although they had similar personalities, Segal found Bordier was less extroverted and had lower self-esteem, “possibly because she was raised in a neighbourhood with very few Asians and felt somewhat different”.

Also, one of the twins had an IQ that was 17 points higher than the other, when six points is the typical difference for twins raised apart.

Segal thought that could be due to that twin being involved in a lot more activities.

The twins stayed in constant contact. They made a documentary, Twinsters, which they showed in the US, and then later took to South Korea.

“People were saying, ‘I’ve never heard a positive story on adoption,’ which surprised me,” Futerman said in an interview with Minji Chang. “I was really shocked by that.”

The similarities between them continued to be amazing.

“We’ll go to get our hair cut the same day,” Futerman told Bostonia. “We’ll show up with the same nail polish colour, always, without talking about it.”

They stayed in constant contact, even when they were on separate continents.

“We talk every day, like text messages when I wake up, even when I don’t want them to be there, they’re buzzing, they’re there,” Futerman told Chang. “She goes, ‘You’re not paying attention to me today,’ and I was like, ‘I miss you, I’m sorry, love you’.”

Futerman, along with former Glee star Jenna Ushkowitz, who is also a Korean adoptee, went on to found Kindred: The Foundation For Adoption, to help support people who have been adopted and their families.

“It feels good to know we’re working for a greater purpose,” Futerman said. “It’s not just to make a movie or be, like, ‘Listen to me, I have a crazy story’.”

On the six-year anniversary of the twins having met, Futerman posted a photo of the two of them on Instagram.

“Six years ago today my life changed forever. @anaisfb I love you. You are my best friend. You remind me that the impossible is possible. I can’t imagine what life would be like if you hadn’t sent me that message. Happy twinniversary, poppy.”