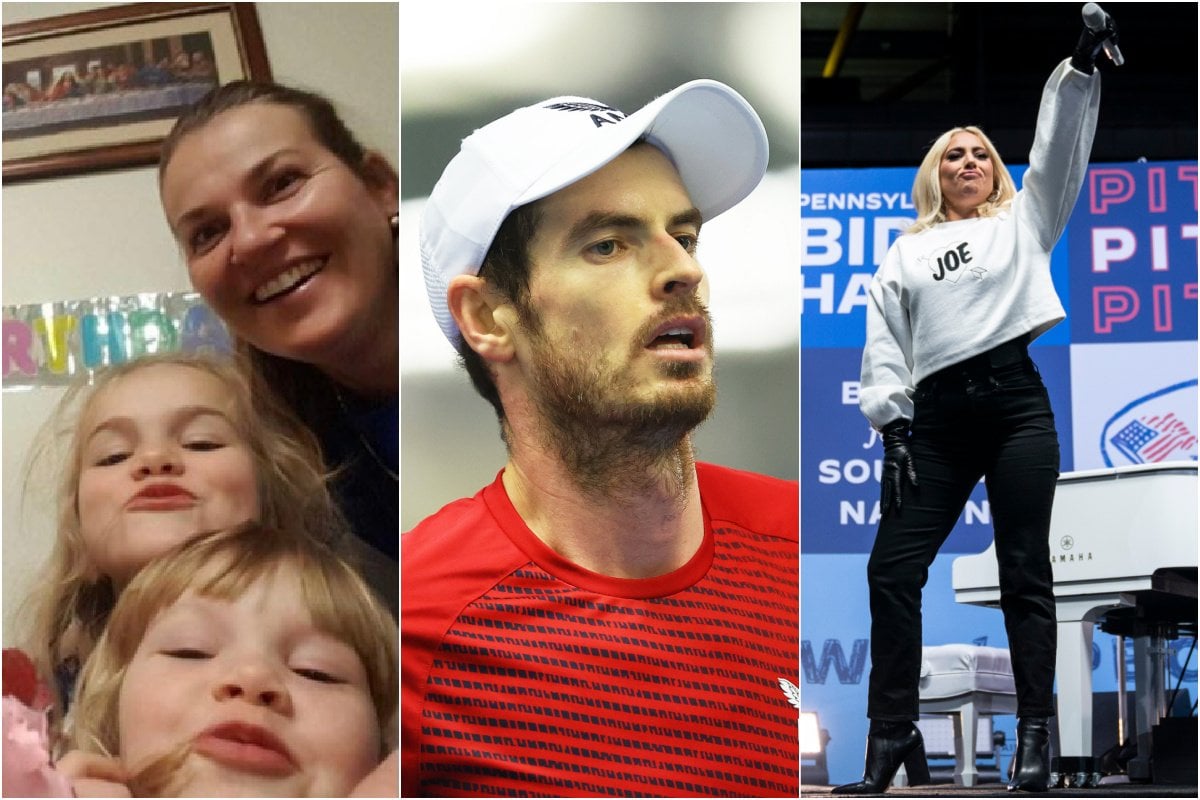 Deaths of mother and three kids found in Melbourne home under investigation.

Several lines of inquiry are being followed by police after discovering the bodies of a mother and her three young children inside a Melbourne home.

48-year-old man Tomislav Perinovic, the father and husband of the four found dead at the Tullamarine home, was expected to be formally interviewed by homicide detectives on Thursday night.

He provided an initial version of events after police arrived at the Burgess Street property and discovered the bodies of a 42-year-old Katie Perinovic, two girls Claire and Anna - aged seven and five - and a three-year-old boy, Matthew.

Beyond heartbreaking... a mother and her three young children found dead in their Tullamarine home. Forensic teams have spent the night scouring the property for evidence. @TheTodayShow @9NewsMelb pic.twitter.com/ar8H3N7pIo

It is understood the uninjured man made the call to emergency services.

Acting Deputy Commissioner Robert Hill acknowledged the man was a person of interest. When asked if he was a suspect, police declined to call him that.

Hill stressed it was "very important we do not speculate".

"But we should not draw any conclusions at this point in time as to his culpability. If one was to do so, that would be grossly unfair," he said.

There is no history of violence associated with the family and police would not rule out a possible murder-suicide.

"There are a number of possibilities," Mr Hill said. "And that's one that could possibly be relevant to this event."

Australia has recorded no new cases of local coronavirus transmission, sparking hopes concerning clusters in the country's biggest cities could be conquered.

NSW, Victoria and Queensland on Thursday recorded zero locally acquired infections after weeks of worry about different outbreaks in the major capitals.

NSW health authorities urged caution around two Sydney clusters, warning it could be three weeks before there is confidence the danger has been extinguished.

Restrictions are set to remain in place, with Thursday the first day without a new local case in NSW for a week.

Victoria's eight-day run of no new local cases prompted Premier Daniel Andrews to announce a relaxation of mask rules and restart the schedule for returning to work.

There remains some concern about the 250 people who completed quarantine in the now shut-down Hotel Grand Chancellor in Brisbane where six people contracted the UK strain of the virus.

Queensland officials are confident contact-tracers have found every person an infected hotel cleaner and her partner had contact with when they were out in Brisbane last week.

International tennis players and staff have touched down in Melbourne ahead of next month's Australian Open.

But Former world No.1 Andy Murray is in doubt after organisers confirmed that he had tested positive for coronavirus, and would therefore not be able to to catch the official charter flights for the tournament.

The first of 15 charter flights carrying tennis players and officials for the tournament, starting on February 8, landed at Tullamarine's Melbourne Jet Base about 6pm on Thursday.

More private jets from Doha, Abu Dhabi, Los Angeles, Singapore and Dubai will land in the Victorian capital over the next 36 hours.

American world no.50 Tennys Sandgren, who was allowed to board his LA flight despite testing positive for coronavirus this week, was expected to arrive just before 3am Friday AEDT.

The former Australian Open quarter-finalist was deemed to be no longer contagious and a case of viral shedding, having been struck down with COVID-19 in November.

All players and staff based in Victoria will be tested daily and must quarantine at one of three Australian Open-dedicated hotels for two weeks.

Under the state's new permit system, thousands of Victorians are trapped in NSW because they are in areas designated as red zones.

They can only return with a special exemption from Victorian health authorities.

Premier Daniel Andrews hopes to make an announcement soon about reducing the red zones, and added he sympathised with Victorians who cannot come back.

The Age calls on the Vic Premier to allow his own residents to return home, saying the current rules are "not proportionate, fair or reasonable". Context: no more than a handful of covid cases anywhere in Australia, including "red zones" in Qld & NSW https://t.co/Ctcf4Feq1j

"I understand it's not easy," he said on Thursday.

"I just want to assure all Victorians, and particularly those that want to come home but can't because it's not safe right now, you will be in this circumstance for not a moment longer than the public health experts tell me you have to be."

US Senate move in uncharted waters after Trump impeachment.

The US will be in uncharted territory when the Senate meets as soon as next week for the impeachment trial of Donald Trump, the first president both to be impeached a second time and to face trial by lawmakers after leaving office.

The House of Representatives on Wednesday voted to impeach Trump on charges of incitement after his supporters rampaged in the Capitol.

In an emotional debate before the 232-197 vote, 10 Republicans joined the majority Democrats in supporting impeachment.

The swift impeachment, one week after the riot, is very unlikely to lead to Trump's ouster before Biden takes office on January 20 and Majority Leader Mitch McConnell has rejected Democratic calls for a quick trial in the Republican-led Senate, saying there was no way to meet in time.

But even if he has left the White House, the Senate could convict Trump and then vote to ban him from running for office again.

Biden, a Democrat, has urged Senate leaders to avoid a trial during his first days in the White House so that they can focus on the economy, getting the coronavirus vaccine distribution program on track and confirming crucial cabinet nominees.

Today, in a bipartisan vote, the House voted to impeach and hold President Trump accountable. Now, the process continues to the Senate—and I hope they’ll deal with their Constitutional responsibilities on impeachment while also working on the other urgent business of this nation.

Read: Exactly what happens now that Donald Trump has been impeached for a historic second time.

Lady Gaga and Jennifer Lopez will take the stage at US president-elect Joe Biden's inauguration ceremony in Washington DC next week alongside others in what his transition team says will showcase a diverse country.

The two will perform at the January 20 event for the incoming 46th US president, which will also feature remarks from a black firefighter from Georgia, a former Youth Poet Laureate, a Catholic priest and a pastor from Biden's hometown of Wilmington, Delaware.

Lady Gaga will sing the national anthem and Lopez will give a musical performance.

I am deeply honored to be joining @BidenInaugural on January 20 to sing the National Anthem and celebrate the historic inauguration of @JoeBiden and @KamalaHarris! 💙 pic.twitter.com/MfgcG3j4Aa

"They represent one clear picture of the grand diversity of our great nation," his team said in a statement on Thursday.

The public will not be on hand to watch the swearing-in at the West Front of the Capitol building, now fortified by fencing, barriers and thousands of National Guard Troops.

- The UK will ban arrivals from Brazil, other South American countries and Portugal due to concerns over a new coronavirus variant.

- Pope Francis and ex Pope Benedict have received the first dose of a vaccine against coronavirus, the Vatican says.

- Indonesian divers have resumed a search for the remains of 62 victims and the cockpit voice recorder from a Sriwijaya Air plane that plunged into the Java Sea soon after takeoff last weekend.

- A racing pigeon has survived a 13,000km Pacific Ocean crossing from the United States to Australia but authorities consider the bird a quarantine risk and plan to kill it.