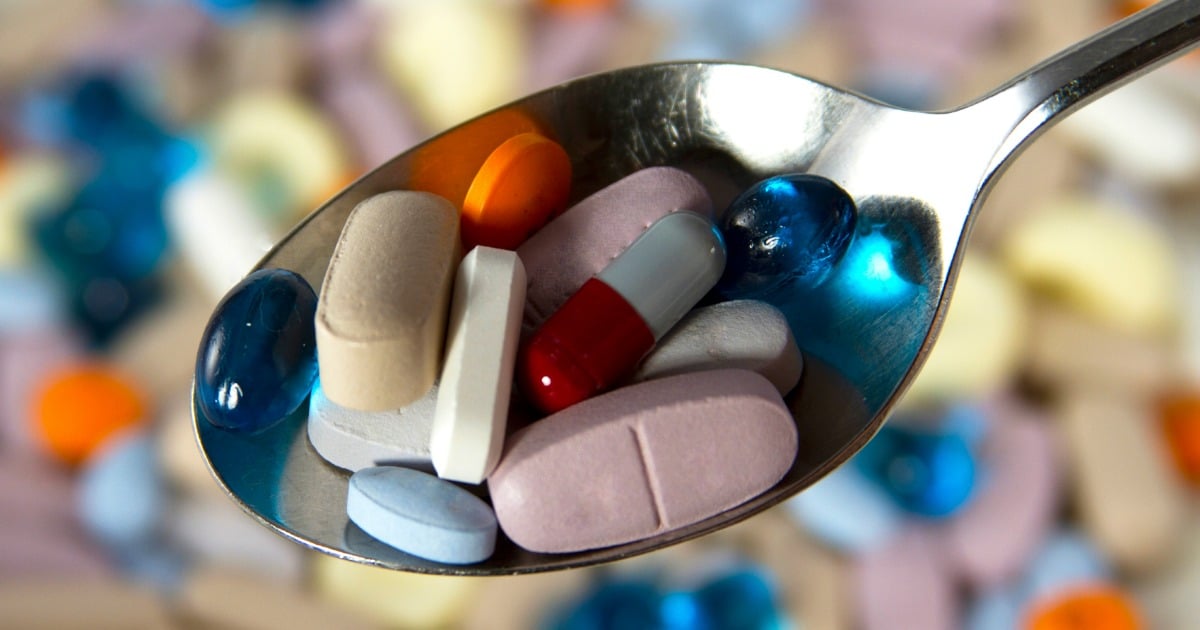 Whether it’s fish oil for heart health, cranberry for urinary tract infections or echinacea for a cold, the market for supplements is growing.

More than 60 per cent of all Australians use some type of supplement and the Australian complementary medicine industry reportedly generated $4.7 billion in revenue in 2016, up from $3.5 billion in 2014.

An investigation on tonight’s Four Corners focuses on the role chemists play in the selling and promotion of supplements. It highlights concerns from many in the medical profession that chemists are lending a halo effect to treatments for which there is often little evidence of effectiveness, and question marks over safety.

Vitamins are the most commonly consumed supplements, but herbal medicines derived from plants are also popular.

Many of us use supplements as a companion to drugs we’re prescribed by our doctors, while some of us turn to them because we’re dissatisfied with conventional medicines and treatments.

One of the main concerns regarding these complementary medicines is that they aren’t tested and regulated to the same level as prescription drugs, said Sarah Spagnardi, a pharmacist with NPS MedicineWise.

“You really don’t know what’s in it and whether you’re getting what you pay for,” Ms Spagnardi said.

As well, supplements can interact with other medicines in unforeseen ways and it’s hard to know what you’re getting when you buy supplements online.

So, what’s the evidence supporting the use of Australia’s most popular supplements?

Many of us take calcium to prevent osteoporosis, but is there any evidence it helps?

Early studies in the 1970s and 80s were promising, but a more recent meta-analysis has shown no evidence to support the need for calcium supplements for the average Australian.

“It certainly seemed logical that taking calcium and vitamin D might strengthen bones, and there were some studies that suggested that,” adjunct associate professor with Monash University’s School of Public Health, Dr Ken Harvey, said.

“But for the average Australian, no — they’ve been overhyped and overpromoted. The message is that getting your calcium from dairy food is appropriate and getting your vitamin D from the sun is all you need unless you’re in special circumstances.”

Dr Harvey said exceptions to that rule included those who eat no dairy, people who cover their bodies for religious reasons, and those who often remain inside for days or weeks at a time with little physical activity, like some people in nursing homes.

The confusing mix of evidence around calcium and vitamin D – as well as many of the other complementary medicines on this list – is a symptom of the way scientific research has been done in the medical field, according to Dr Harvey.

“Classically, initial studies look promising and sometimes that’s translated into recommendations for consumers. But then more studies are done, larger studies, and we usually come to a different conclusion,” Dr Harvey said.

“Ultimately, we want more trials, larger numbers, replication, and freedom from bias. Then we get consistent results in one way or another.”

Fish oil contains omega-3 essential fatty acids and is said to have an effect on blood chemistry, inflammation, and our immune system.

It’s commonly used for a range of conditions, including heart disease, arthritis and ADHD.

Some research shows fish oil supplements reduce triglycerides (a type of fat in your blood), but whether they reduce your risk of heart disease is less clear.

At one point the Heart Foundation recommended Australian adults consume fish oil every day – either by eating oily fish or taking supplements.

But the Heart Foundation updated its recommendation in a 2015 update of its position statement,  saying there was insufficient evidence to support the use of fish oil supplements in preventing heart attack.

And if you’re wondering — experts say there’s no real difference between the quality of omega-3 fatty acids found in fish oil capsules versus liquid fish oil.

The University of Sydney’s Dr Joanna Harnett, who specialises in complementary medicines, said the distinction is that liquid fish oil can contain a higher amount of omega-3 fatty acids in a smaller dose compared to a capsule.

“It depends on the quality of the product too, not all fish oils are the same. You might be able to get more essential fatty acids from a liquid formula,” she said.

Vitamin C is an essential nutrient that helps grow and repair the tissue in the human body, acts as an antioxidant, and prevents scurvy — which some doctors say is on the rise thanks to poor dietary health among the population.

You can get vitamin C by eating kale, citrus fruits, berries and peas. Many of us take it as a supplement to treat a cold, but there’s really little evidence to support its use.

A review of 65 trials in 2013, some of which looked at whether the risk of a cold was reduced by taking vitamin C and others that looked at whether it affected cold duration, found vitamin C doesn’t reduce the number of colds in a group of people, but that some evidence indicated supplementing your diet with vitamin C reduced the duration of a cold.

The analysis also pointed out the low cost of the supplement, its relative safety for consumption, and its possible effect on cold duration meant it could be worthwhile for people to take it if they felt it reduced their illness.

Another popular supplements is glucosamine, a building block of cartilage. These supplements are derived from crab, lobster or shrimp shells.

Studies haven’t been able to prove that glucosamine is an effective treatment for osteoarthritis:

Rheumatologist Sam Whittle, from Queen Elizabeth Hospital in South Australia, said the weight of evidence doesn’t really support the use of glucosamine.

Dr Whittle said people could still try glucosamine if they wanted as it was relatively safe, but warned that the supplement was also expensive.

“I don’t object to people trialling it because I consider it to be safe, I don’t necessarily recommend it to people, but if people ask me whether they can try it I don’t object to it. What I usually say is to give it a three-month trial, and if you haven’t improved significantly in that time then stop it,” he said.

Herbal medicines include supplements derived from plants in some way — such as St John’s wort (used to treat depression) and echinacea (used for colds).

They’re less popular than other forms of supplements, but are still commonly used in Australia.

“People seem to feel that those complementary medicines are safer or less harmful than prescription medicines and a safer alternative. More natural is often a term we hear consumers use on our Medicines Line service,” Ms Spagnardi said.

“But we still feel there’s a general gap in understanding that they are medicines and they can be harmful in the worst scenario.”

Last week, medical experts called for herbal remedies to be independently tested, after uncovering some remedies available in the Australian market that contained natural toxins, heavy metals, or pesticides.

“A significant number of traditional herbal medicines do not comply with Australian regulations,” said the co-author of the review at the time, Ian Musgrave from the University of Adelaide.

“In some cases, ingredients are either not listed or their concentrations are recorded inaccurately on websites or labels.”

Cranberry, as juice, tablets or capsules, has long been used to treat, and prevent, urinary tract infections.

While some lab studies have found cranberries can prevent E. coli (which causes many UTIs) from sticking in the urinary tract, human studies haven’t demonstrated the supplement’s effectiveness.

A 2012 review of studies found no benefit in cranberry juice or supplements, while a 2016 study that used a higher dose of the active ingredient in its cranberry supplement again found it didn’t make a difference — the treatment was no better than a placebo.

Associate Professor Jutani-Mehta, the co-author of the 2016 study, told RN’s Health Report the juice could also have anti-inflammatory properties not fully understood by science.

“Many women will tell me that it works for them. And for those who tell me that, I say continue using it. There is little downside to doing that,” she said.

She did, however, caution against the use of capsules or tablets.

Echinacea is widely used to treat colds and other respiratory tract infections.

A core issue of evaluating these studies is that they often prepare echinacea in different ways and administer it in different forms, so it’s still unclear how best to use the flower as a treatment.

There are also safety concerns around echinacea. One trial found children taking the supplement had more rashes than those taking a placebo. It can also cause gastrointestinal problems, allergic reactions, or increased asthma.

Dr Harnett said the natural variance of herbal supplements meant it was difficult to ensure their consistency, but identifying and extracting the active ingredient wasn’t necessarily the answer.

“In Australia there are significant variations in the amount of what is thought to be the active constituent of herbs such as St John’s wort and Echinacea,” she said.

“Many would argue that they’re multi-constituent substances, herbs, and there are many unknown active [ingredients], and if we just focus on the reductionist approach we may affect the effectiveness of the herbal medicine.”

Hypericum perforatum, or St John’s wort, is a flowering plant native to Europe and Asia. Parts of the plant can be turned into supplements or extracts used to treat depression.

The evidence for the efficacy of the plant in treating mild to moderate depressions is fairly strong, with numerous studies demonstrating a St John’s wort supplement can have a similar effect to some antidepressants.

The evidence is weaker for the treatment of major depression, and The Black Dog Institute warns against treating biological depression with St John’s wort because of the risks of non-effective treatment.

Users of St John’s wort should be careful if they’re taking other medications, as it interacts with many common drugs including antidepressants (increases the risk of side effects), oral contraceptives (can reduce contraceptive effect) and common blood thinner Warfarin (reduces the effect of the drug).

Where to go for information?

Your GP is a good place to start. They know you personally, so should know what health conditions you have, what medications you take and other factors that need to be considered before you take any supplements.

NPS MedicineWise is an independent, not-for-profit organisation that provides evidence-based information on all types of medications and health conditions. The organisation has a comprehensive website and information line (1300 633 424).

The National Institute of Complementary Medicine also provides information for consumers on the use, regulation and safety of complementary medicines in Australia.