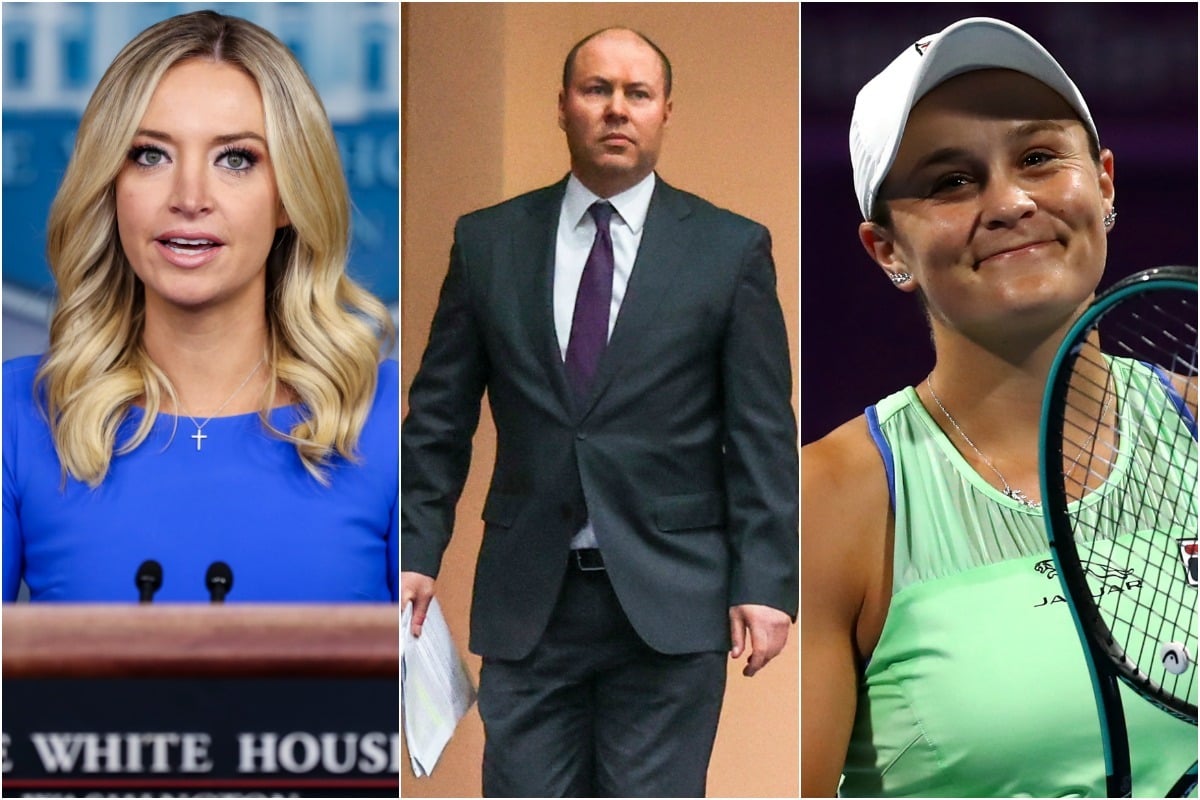 White House Press Secretary Kayleigh McEnany says she has tested positive for COVID-19, adding that she would begin quarantining and that the White House medical unit does not list any members of the press as close contacts.

In a statement posted on Twitter, McEnany said she is not experiencing any symptoms.

"Moreover, I definitively had no knowledge of Hope Hicks' diagnosis prior to holding a White House press briefing on Thursday," McEnany said, referring to President Donald Trump's adviser whose positive test results were revealed last Thursday, hours before Trump announced he and his wife also had contracted the coronavirus.

McEnany has continued to brief journalists in close proximity without a mask, most recently on Sunday while updating reporters about the president's stay in hospital.

US President Donald Trump says he will leave the US military hospital where he is being treated for COVID-19 later on Monday, adding that he felt "really good".

"I will be leaving the great Walter Reed Medical Center today at 6.30pm. Feeling really good! Don't be afraid of COVID. Don't let it dominate your life. We have developed, under the Trump Administration, some really great drugs and knowledge. I feel better than I did 20 years ago!" he said on Twitter.

I will be leaving the great Walter Reed Medical Center today at 6:30 P.M. Feeling really good! Don’t be afraid of Covid. Don’t let it dominate your life. We have developed, under the Trump Administration, some really great drugs & knowledge. I feel better than I did 20 years ago!

His doctor has confirmed it "safe" to discharge him, adding that Trump was a "phenomenal patient" during his four-day stay at Walter Reed.

The president has spent most of Monday tweeting a series of one line, capital lettered statements. Many doctors who have observed the tweeting spree have remarked that they're likely a result of dexamethasone, the steroid Trump is taking for COVID-19.

Morrison government to pitch 2020 budget tonight as the most 'significant since World War II.'

Treasurer Josh Frydenberg has promised a jobs-focused budget on Tuesday to steer the economy out of the coronavirus-driven recession.

But it will also be a financial statement that could see the deficit blow out to over $200 billion, while including income tax cuts to get people spending again.

The climb out of recession will depend on virus case numbers dropping and a vaccine being rolled out in 2021. 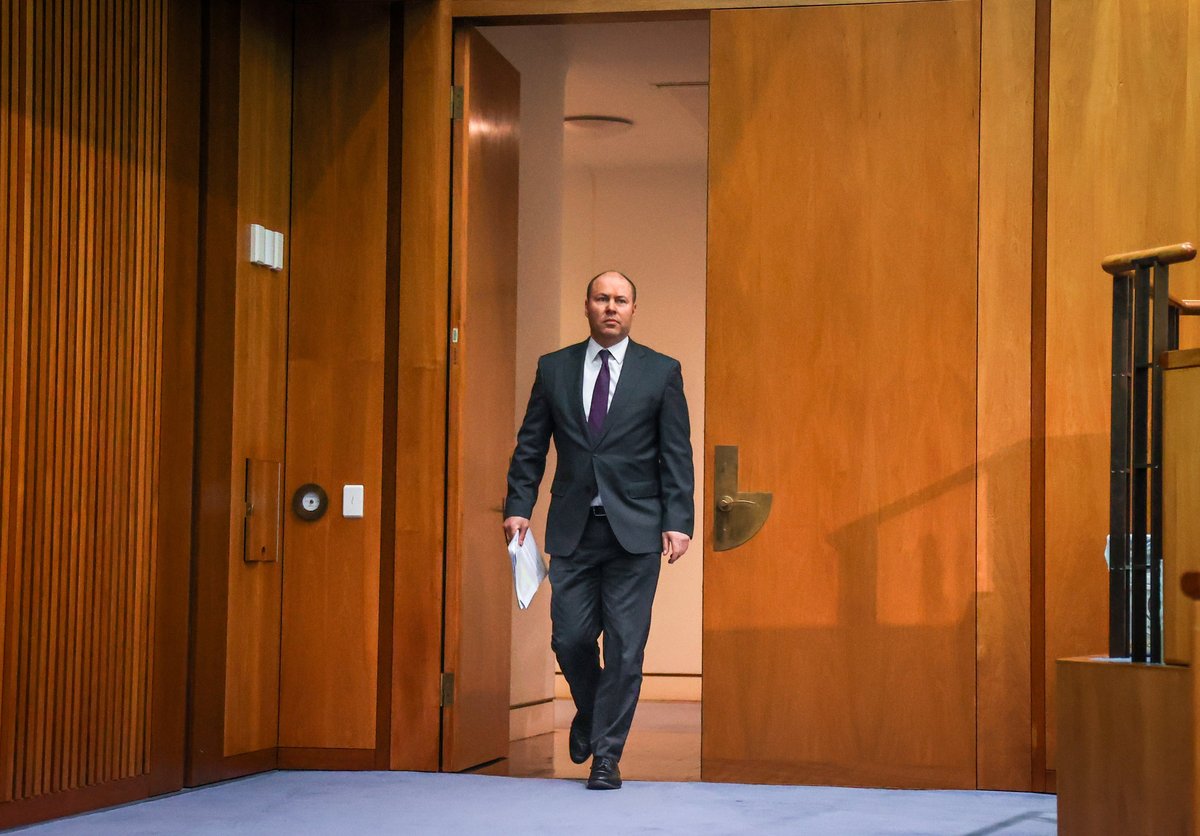 Road and rail projects worth more than $7 billion are being fast-tracked to get the Australian economy moving again.

The budget is also expected to contain a wage subsidy scheme designed to get unemployed young Australians back to work, and will provide millions of Australians with fast tracked income tax cuts.

The National Broadband Network will receive a $4.5 billion upgrade, while almost $1.5 billion is set to be spent on a manufacturing strategy.

The budget is also expected to outline national debt above $1 trillion.

Prime Minister Scott Morrison has framed the budget as the most important since the Second World War.

An Australian man who accused Cardinal George Pell of sexually abusing him has denied he was bribed for his testimony, rejecting the latest conspiracy theory to roil the Vatican amid a corruption investigation into its finances.

Italian newspaper Corriere della Sera has speculated in recent days that Vatican investigators were looking into whether Pell's nemesis at the Vatican, ousted Cardinal Angelo Becciu, wired 700,000 euros ($AU1.1 million) in Vatican money to a bank account in Australia and whether that money was tied to Pell's sex abuse trial.

Pell, brought in by Pope Francis to bring accountability and transparency to the Vatican's opaque finances, was convicted but ultimately absolved by Australia's High Court of allegations he molested two choirboys in St Patrick's Cathedral in Melbourne while he was archbishop in the 1990s.

Corriere speculated that Becciu might have "bought" the testimony of Pell's accuser to get Pell out of the Vatican.

The Corriere report had no sourcing, attribution or details and the report appeared more an effort to discredit Becciu and distract attention from the shortcomings of the Vatican prosecutors' primary investigation into a London real estate venture.

Becciu has strongly denied the allegations.

The Chadstone coronavirus cluster continues to grow, highlighting the fraught stage of Victoria's exit from its second wave.

Another new case has been linked to the Butcher Club and Chadstone Shopping Centre cluster, which now totals 24 people including nine family members, seven staff and three customers.

All of those cases are active.

Overall, the numbers are trending well for Victoria, with only nine new cases on Monday and no deaths, for the first time since September 15.

Yesterday there were 9 new cases & no deaths reported. In Metro Melbourne, the 14 day rolling average is down from yesterday & the number of cases with unknown source is the same. Info: https://t.co/pcll7ySEgz #COVID19VicData pic.twitter.com/1ypK2G52Vh

But it remains too early to tell what will happen on October 19, when Melbourne's restrictions are meant to be eased further.

All Victorian students will be back in the classroom by the end of the month, with the state government announcing on Monday that year 7 students will return to face-to-face learning on October 12 alongside all primary school and senior school students.

Local councils have been forced to close some Sydney beaches due to overcrowding fears as NSW extended its streak of no COVID-19 community transmission.

Revellers making the most of Monday's public holiday and warm weather packed Bondi Beach and other popular spots.

Waverley Council has urged people to stay away from Bondi Beach as it nears capacity. https://t.co/DHSmt6tUhQ

Randwick City Council also said many of its beaches were approaching capacity.

For the tenth day in a row, NSW recorded no new locally transmitted cases. Its only new case was a returned overseas traveller in hotel quarantine in the 24 hours to 8pm on Sunday.

But health authorities are concerned that only 4789 people were tested on Sunday, compared with 8305 in the previous 24 hours.

Ashleigh Barty is guaranteed to finish the year with the world No.1 ranking after Poland's Iga Swiatek shocked top seed and title favourite Simona Halep in the fourth round of the French Open.

The 19-year-old from Poland thumped 30 winners and outplayed Halep in all areas of the court to win 6-1 6-2 on Sunday.

Halep's exit means there is guaranteed to be a new French Open champion, with third seed Elina Svitolina now the highest-ranked player left and the only seed in the top half.

Barty, 24, famously claimed her maiden grand slam title at Roland Garros last year, but hasn't played a professional game in eight months due to coronavirus which has seen her skip two grand slams.

It has been a difficult decision to make but unfortunately I will not be competing in Europe this year. Last year’s French Open was the most special tournament of my career so this is not a decision I have made lightly. There are two reasons for my decision. The first is the health risks that still exist with Covid. The second is my preparation, which has not been ideal without my coach being able to train with me due to the state border closures in Australia. I wish the players and the French Federation all the best for a successful tournament. I now look forward to a long preseason and the summer in Australia. It has been a challenging year for everyone and although I am disappointed on a tennis front, the health and well-being of my family and my team will always be my priority. Thank you to my fans for your continued support, I can’t wait to play for you again.

The Queenslander will become the first Australian to end consecutive years at No. 1 since Lleyton Hewitt achieved the feat in 2001-2002.

- Roughly one in 10 may have been infected with the coronavirus around the world, the World Health Organisation says.

- The CSIRO has estimated there are 14 million tonnes of microplastics on the seafloor, twice the amount of plastic pollution estimated to be on the ocean's surface.