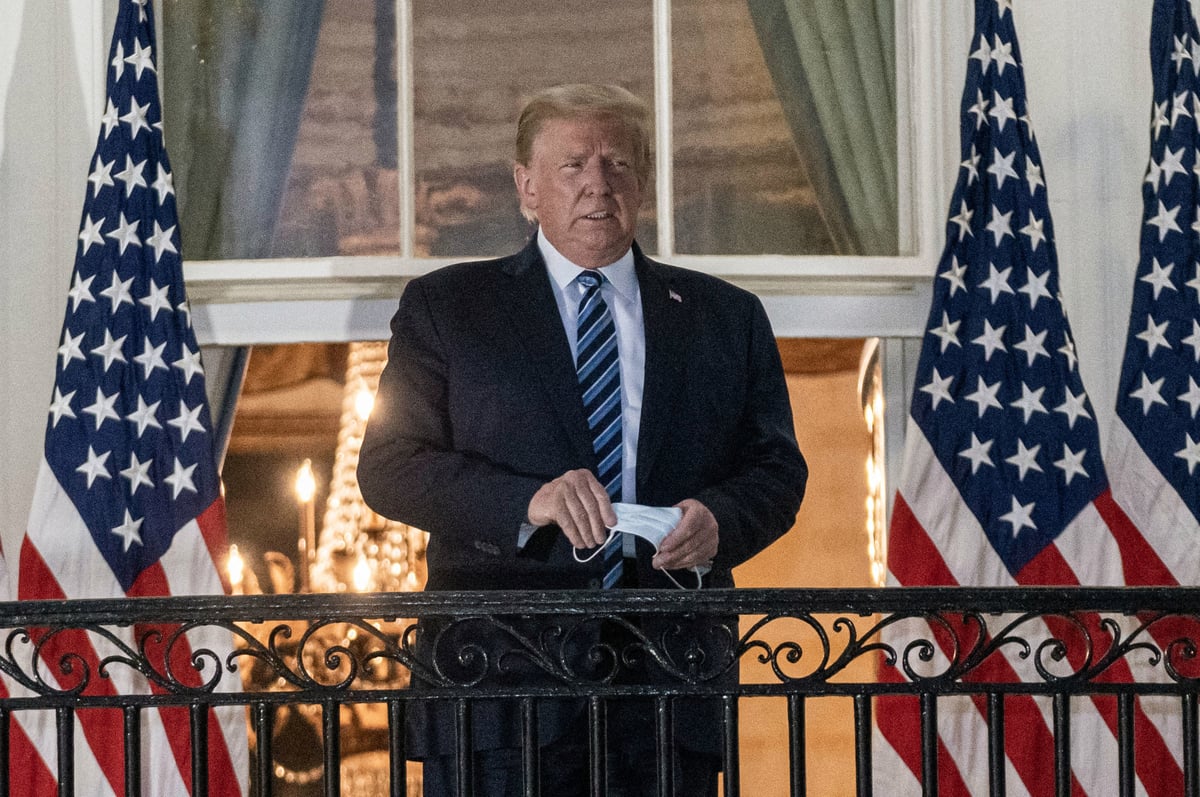 To quote one of my favourite memes from this past week; 2020's writers have gone all out for its final season.

In a plot twist teased throughout the year, Donald Trump has COVID-19.

He probably contracted it from a woman named Hope.

If this were a movie, we'd call the plotline ridiculously unrealistic.

The days since have been marred with misinformation, leaks, doctored videos and breaking information from a 15-year-old girl on TikTok. Not even House of Cards jumped the shark quite like this.

Accurate information about the health of an American president - but especially during a global pandemic - seems like the kind of thing that should be a given.

Except, nothing is a given when Donald Trump is leading the United States.

There have been plenty of lies about the COVID-19 pandemic before Trump's personal diagnosis, and they certainly haven't stopped since his positive test was announced late on Thursday night.

Here are the four biggest lies circulated by the White House and other officials since Trump's diagnosis.

Why Trump was at Walter Reed.

On Friday, Trump was taken to Walter Reed National Military Medical Center as a precaution, the White House said.

"Out of an abundance of caution, and at the recommendation of his physician and medical experts, the President will be working from the presidential offices at Walter Reed for the next few days," Press Secretary Kayleigh McEnany said in a statement.

In a brief video filmed some point on Friday afternoon and released after he departed for Walter Reed, Trump said, "I think I'm doing very well, but we're going to make sure that things work out".

On Saturday, Trump's doctors said he was doing well (more on that below), but as we now know, Trump's condition deteriorated considerably on Friday, and he needed hospital intervention.

The White House released images of Trump 'working' on Saturday, though they sparked suspicion as one image showed the president signing a blank sheet with a Sharpie marker. Both images showed him working in different locations, one with a jacket and one without, although photo metadata shows they were taken just 10 minutes apart.

Haha of course the Trump administration doesn’t know that photos have metadata by default https://t.co/AdNCS4wu0s

On Saturday, Trump's physician Dr. Sean Conley briefed the press and said he was "extremely happy" with the progress being made, noting that the president's fatigue and mild cough were improving and that he'd been "fever free" for 24 hours.

Answering to reporters, he said Trump was not "on oxygen right now", tip-toeing around their specific queries about if Trump had ever required oxygen.

Soon after, a leak from a "White House source" contradicted this, stating: "the president's vitals over the last 24 hours were very concerning and the next 48 hours will be critical in terms of his care. We're still not on a clear path to a full recovery."

The source was widely reported to be White House chief of staff Mark Meadows, who repeated this news in an interview on Fox on Saturday evening.

"Yesterday morning we were really concerned... He had a fever and his blood oxygen levels had dropped rapidly," Meadow said, on the record this time.

The following day Dr. Conley conceded Trump had received oxygen. He said he had withheld the information because he was trying to "reflect the upbeat attitude" of the medical team and the president. 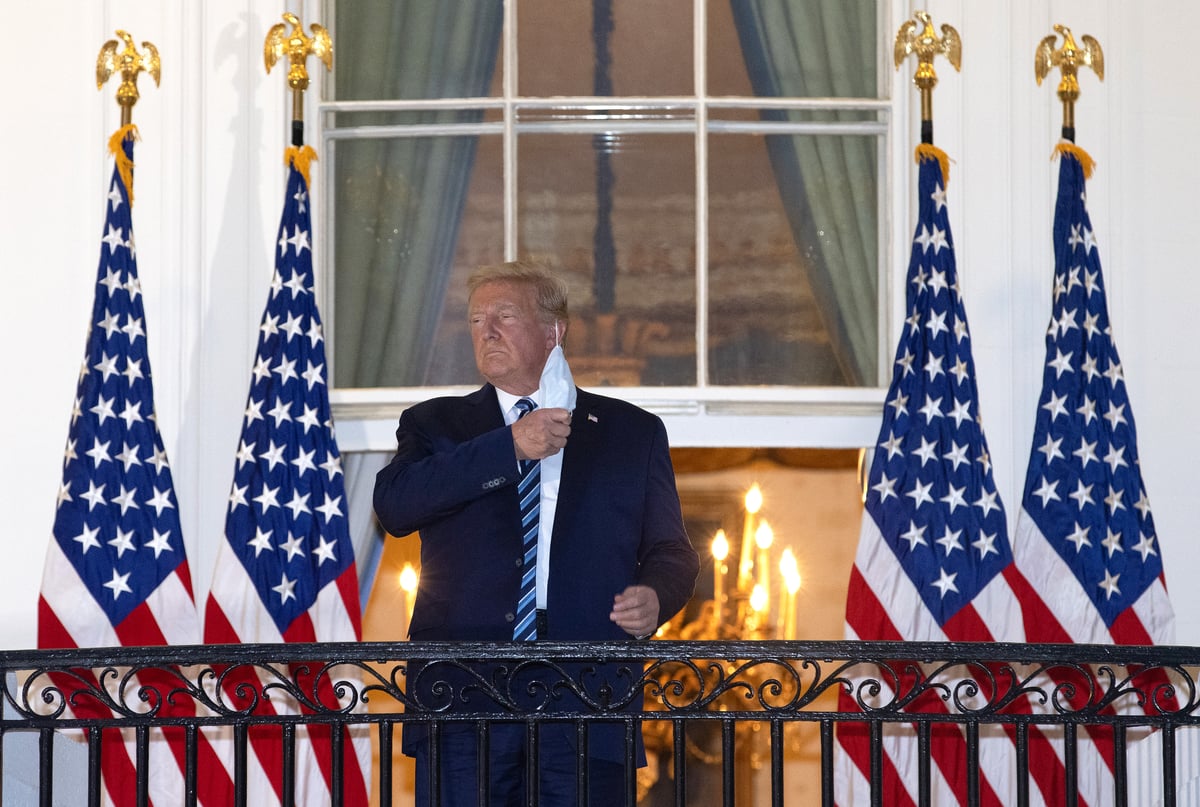 Donald Trump removes his mask upon returning to the White House from hospital, despite still being infectious with the coronavirus. Image: Getty.

In a similar vein, Claudia Conway, the 15-year-old daughter of former Trump advisor Kellyanne Conway, made news with a number of comments on TikTok (yes, really. This is 2020, after all!)

"Guys lmao [Trump is] not doing 'better'," she commented on one video. On another, she wrote: "He is so ridiculous. Apparently he is doing badly lol and they are doing what they can to stabilise him."

Both Claudia and Kellyanne Conway now have COVID-19, too.

On Sunday, Trump uploaded a video thanking his supporters and medical staff at Walter Reed and sharing information about his experience. On Twitter, people have pointed out a strange part of the video, where it appears a cough has been edited out.

Whatever happens when Trump says "therapeutics" here is a strange moment in the video he posted this evening pic.twitter.com/TaaG13AH2E

Trump has since returned to the White House.

In video footage of him on the balcony, after he takes off his mask, Trump appears to gasp for breath.

Trump looks like he is gasping for air pic.twitter.com/4k2v4Jxlir

Trump appears to be wincing in pain while he breathes pic.twitter.com/YKhGhu0VN0

When Trump got COVID-19.

Information about when the President first tested positive for the coronavirus is fairly crucial, especially given how much travel Trump has been doing recently during the election campaign.

But it's becoming clear Trump's officials can't be trusted to be any more honest than the Commander-in-Chief himself.

During Saturday's briefing, Dr. Conley hinted at a timeline claiming Trump was "72 hours into his diagnosis".

If that were true, the president may have known he had contracted the virus, or had symptoms, as early as Wednesday. He met in person with officials in Minnesota on Wednesday and appeared at a fundraiser in New Jersey on Thursday. 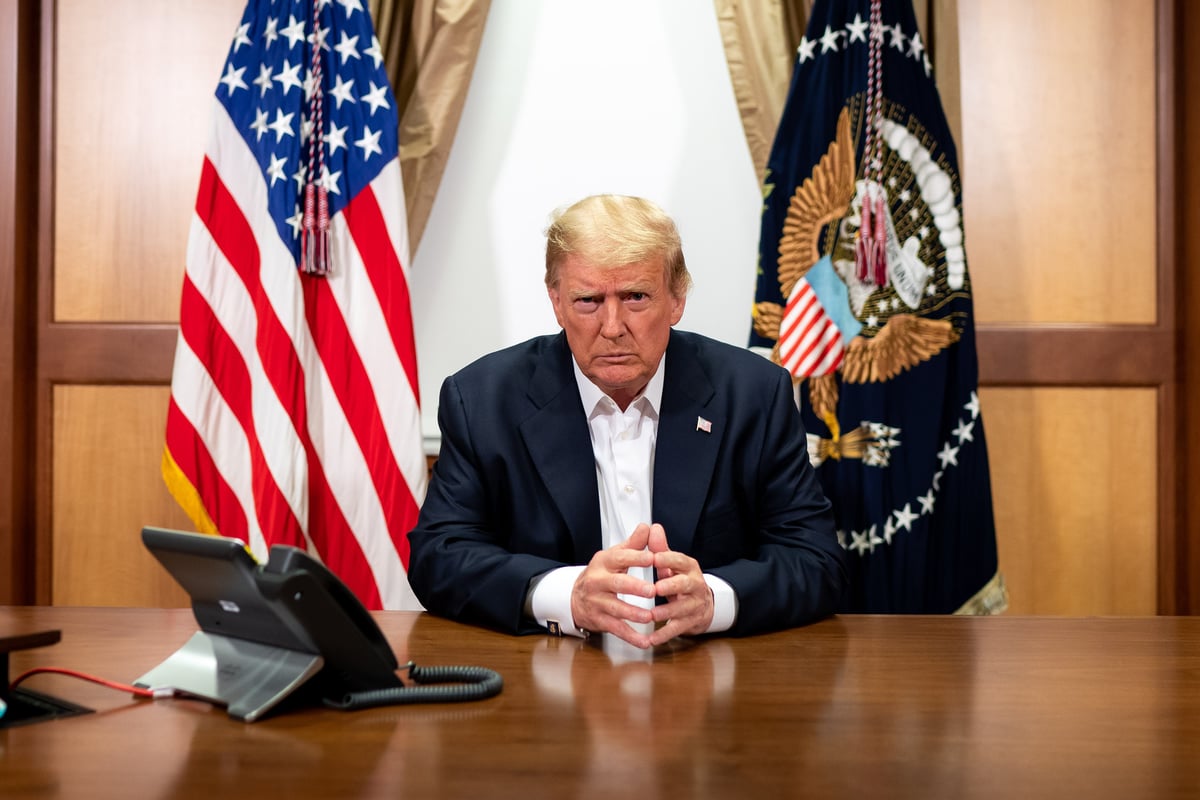 This would also have meant he could've been infectious on Tuesday, during his first presidential debate with Democratic nominee Joe Biden (who has tested negative).

As this news starting making headlines, a statement was released redacting Dr. Conley's initial comments with the claim he had "misspoken" and that Trump was only 24 hours into his diagnosis at the time of the press conference.

His doctors and the White House have also dodged questions about when Trump's last negative test was - which could mean he wasn't being tested as regularly as he should have been, or he tested positive earlier than the public was told.

Given Trump's quick deterioration on Friday, and COVID-19's incubation period, some medical experts have speculated Trump may have contracted the virus much earlier than first thought.

Trump told Fox News he had been tested on Thursday evening, after his close advisor Hope Hicks' diagnosis was made public. He announced he and Melania's positive results about 1am on Friday morning, local time.

At this stage, Trump is still planning to debate Biden on October 15 in a town hall-style event with members of the public - which would be exactly two weeks since his positive test.

"Flu season is coming up! Many people every year, sometimes over 100,000, and despite the Vaccine, die from the Flu. Are we going to close down our Country? No, we have learned to live with it, just like we are learning to live with Covid, in most populations far less lethal!!!" Trump tweeted.