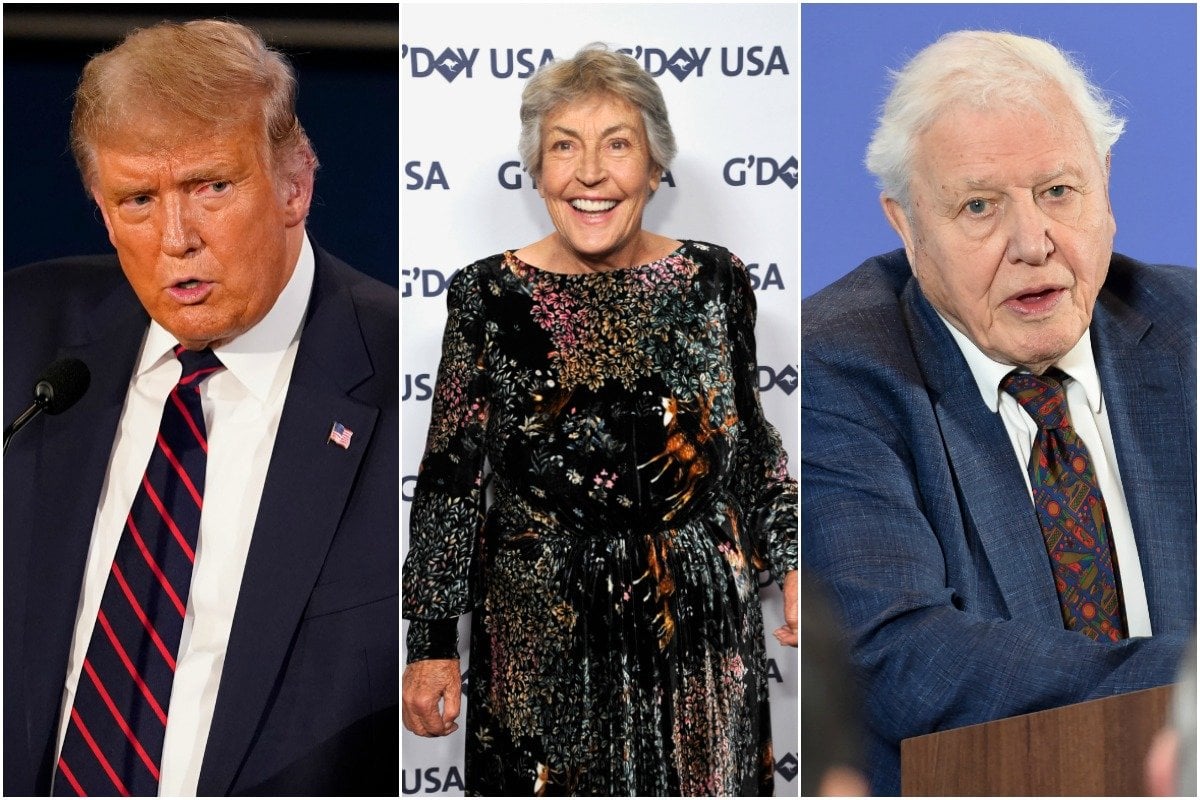 New rules to be introduced for next Trump-Biden debate.

The group managing the US presidential election debates is planning steps to bring order to the remaining contests between President Donald Trump and Joe Biden after widespread criticism.

The 90-minute debate on Tuesday night was chaotic, marred by the Republican president's constant interjections and interruptions of both his Democratic rival and the host, as well as Biden's angry rejoinders.

The Commission on Presidential Debates, a nonpartisan group that has organised the events since 1988, said it would make unspecified changes to the format to prevent chaos.

“Chris had a very tough night,” Trump tweeted of the debate moderator.

The Commission on Presidential Debates vows to set new rules to keep the debates under some semblance of control after Pres. Trump went off the rails in the first clash with Joe Biden.https://t.co/V3tuW5wJFS

One of the biggest controversies from the debate was Trump deflecting an opportunity to condemn white supremacists, instead telling alt-right group Proud Boys to "stand back and stand by," which was seen by many as a dog whistle to the group, not a condemnation.

"It was a national embarrassment," Biden said of the debate and Trump's performance.

The candidates for vice president will debate next Wednesday, followed by two more presidential debates between Trump and Biden later in October.

Mamamia recaps the first presidential debate: Trump is reprimanded by the moderator. Repeatedly.

Jacinda Ardern has ditched the passive approach used in the first New Zealand leader's debate, making for explosive television in round two against her rival for the prime ministership, Judith Collins.

In the second of four national debates leading to the October 17 vote, Collins again brought a combative approach that at times unsettled Ardern.

#ICYMI: Here are the highlights from the #Newshub Leaders Debate with Jacinda Ardern and Judith Collins. #Decision20 pic.twitter.com/HwU3Nh25n3

The pair also reached an unlikely on-stage agreement on extending parliamentary terms from three years to four, now likely to be pursued by the next parliament.

Along with their next MPs, Kiwis will also be voting on cannabis and euthanasia legalisation models when they go to the polls.

While both leaders have committed to voting for the end-of-life proposal, they hold differing views on cannabis.

Collins - and her entire caucus - have committed to voting against the "referendum".

Ardern has refused to announce how she is voting, saying she wants the vote to be free of politics, but did reveal for the first time that she has tried cannabis "a long time ago".

Queensland could still open its border to NSW at the end of October while the government is in caretaker mode ahead of the state election.

The state added another 150,000 NSW residents in 41 postcodes to its border bubble on Thursday as Australian Defence Force personnel were withdrawn from the state's borders and airports.

The Queensland government goes into caretaker mode on October 6, with the laws recommending that ministers and departments take steps to avoid "significant decisions" until after the election. But Chief Health Officer Dr Jeanette Young says the southern state could still achieve 28 days without unlinked community transmission before then, which is when Queensland says they'll open up.

Authorities have further relaxed restrictions on social-distancing for outdoor venues from today.

BREAKING: Some restrictions have now eased in Queensland.

We’re taking measured steps, based on the health advice, to keep our economic recovery on track and the virus at bay.

It’s only possible because of our strong health response.

People only have to stay two metres apart at outdoor restaurants, beer gardens, theme parks and zoos, and the maximum number of people allowed at events with COVID-safe checklists has increased from 500 to 1000.

Stadiums, amphitheatres and performance venues with COVID-safe plans are allowed to increase capacity from 50 per cent to 75 per cent.

Victoria could be in store for another grim COVID-19 milestone on Thursday, with the state's number of deaths set to hit 800.

As daily case rates creep lower, fatalities in the state have remained relatively steady with 27 reported during the past seven days compared with 35 in the previous week.

It has taken Victoria's coronavirus death toll to 798, with more than 770 stemming from the state's devastating second wave.

Older Australians and women have been making up a bigger share of JobSeeker recipients, with people on the unemployment payment long-term also rising.

The Parliamentary Budget Office released new analysis on Wednesday, examining expenditure and demographics of the dole before coronavirus.

The share of recipients aged 60 and older also increased for both genders, with a larger rise among females.

Attenborough: $700b a year needed to save earth.

British broadcaster David Attenborough is leading a call from conservation groups for the world to invest $A700 billion a year to halt the destruction of nature.

Attenborough, whose new film A Life on Our Planet documents the dangers posed by climate change and the extinction of species, issued the call as the United Nations convened a one-day summit aimed at galvanising action to protect wildlife.

British broadcaster David Attenborough led a call from conservation groups for the world to invest $500 billion a year to halt the destruction of nature https://t.co/BaL8mMBt0q pic.twitter.com/HFyPLOtO8K

"Our natural world is under greater pressure now than at any time in human history, and the future of the entire planet - on which every single one of us depends - is in grave jeopardy," Attenborough, 94, said in a statement on Wednesday.

"We still have an opportunity to reverse catastrophic biodiversity loss, but time is running out."

The world spends an estimated $A112-125b on conservation each year, but studies show that hundreds of billions of dollars may be needed to save ecosystems from collapse.

Britain, Canada and others joined the European Union on Monday in pledging to protect 30 per cent of their land and seas by 2030.

Best known for her song I Am Woman, the unofficial anthem of the feminist movement in the 1970s, Reddy died in Los Angeles on Tuesday, September 29.

She had been diagnosed with dementia in 2015 and later moved into a care facility in California.

Such sad news this morning - such an incredible woman. ⁠ ⁠ "It is with deep sadness that we announce the passing of our beloved mother, Helen Reddy, on the afternoon of September 29th 2020 in Los Angeles. She was a wonderful Mother, Grandmother and a truly formidable woman. Our hearts are broken. But we take comfort in the knowledge that her voice will live on forever." - from Traci and Jordan on Helen's Facebook page. Find more about her incredible life at the link in our bio.

"She was a wonderful mother, grandmother and a truly formidable woman. Our hearts are broken. But we take comfort in the knowledge that her voice will live on forever," wrote her daughter Traci and son Jordan on Facebook.

Former Prime Minister Julia Gillard and actor Hugh Jackman are among those paying tribute to the trailblazer.

We have lost a global feminist icon in Helen Reddy. For decades her song ‘I am Woman’ has given full-throated voice to our fight for gender equality. Every word still relevant, no message dated, including we have ‘a long, long way to go’. Her legacy will endure. Hear us roar.

#HelenReddy A trailblazer with a voice as smooth as silk. Gone too soon. My thoughts and prayers are with her family and friends. pic.twitter.com/9CcUjMZ8ZR

- Seven people have been shot and wounded in an apparent drive by attack on a crowd of mourners gathered for the funeral of a US shooting victim.

- The man who wrote some of Elvis Presley's biggest hits, like A Little Less Conversation and Memories, Mac Davis has died at the age of 78.

Reply
Upvote
2 upvotes
When the beleaguered, blowhard President of the most powerful country on earth tells a white supremacist group to stand by...
Just 2020 things.
L
laura__palmer 2 years ago

Reply
Upvote
@cat I bet they are, too.
This has sent a shiver up my spine. He is definitely maneuvering to become a dictator. Hopefully he doesn't get there.
R
rush 2 years ago