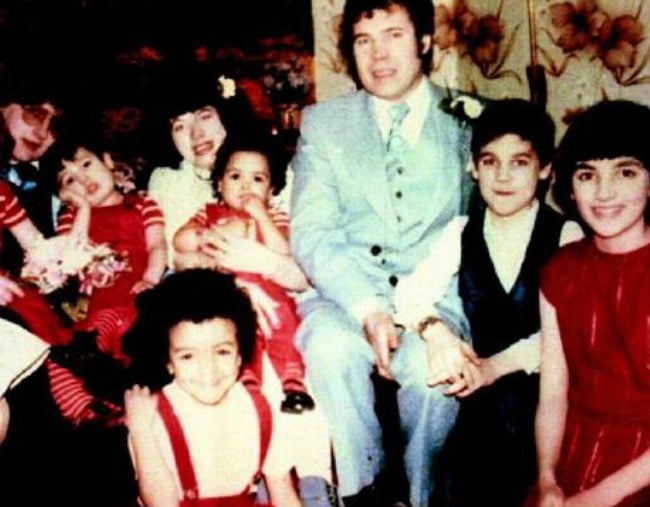 Her dad was a man named Fred West. He met her mum, Rosemary, at a bus stop in Cheltenham, a town in Gloucestershire, England.

According to The Sun, Fred was living in a caravan with his daughters, Charmaine and Anna Marie.

He aggressively pursued teenage Rosemary, until she moved into the caravan, and became a nanny to the two young girls.

Rosemary’s father, Bill, was a paranoid schizophrenic who repeatedly sexually abused his daughter, he then threatened Fred when she started a relationship with him.

The couple would later move into a flat in Gloucestershire and Rosemary would begin working as a sex worker.

In January 1972, the couple secretly married. They then moved to 25 Cromwell Street, an address which would later become known as the UK’s “House of Horrors”.

Rosemary would have eight children – five fathered by Fred and three fathered by men she met through sex work.

The Wests initially told the rest of the kids that Mae had left home to work at a holiday resort. When that didn’t work, they told them she had ran away with her lesbian lover.

Concerned for her sister’s safety, Mae told her father they should report her sister’s disappearance to the police.

Five years later, in 1992, Fred was accused of raping his 13-year-old daughter, and Rosemary was arrested for child cruelty.

Police began to look further into the West family, after the children told childcare workers they “didn’t want to end up under the patio like (their sister) Heather”.

After searching the house at 25 Cromwell Street, investigators found Heather’s body buried in the garden.

According to Nine News, Fred made his own son, Stephen, unknowingly dig the hole for his sister’s body, telling him it was for a fish pond.

They then discovered the bodies of eight other women buried in the backyard and in the cellar of the house.

Police soon learnt that the Wests would pick up young women from bus stops around Gloucestershire. They would then take them back to 25 Cromwell Street, imprison them, rape them, torture them, before eventually killing them and burying their bodies on the property.

The couple’s children, traumatised from years of abuse, never suspected what was going on in their own home.

“One day, when I was about eight, we discovered a cupboard full of women’s clothes and shoes,” she writes in the book.

“Heather and I used to dress up in them, and Mum didn’t seem to mind.”

“Only much later did I realise that they were the clothes of young women who’d been murdered in the house.”

In 1995, Rosemary was convicted of 10 murders. She remains behind bars.

Fred took his own life while waiting for trial. Before his death, he confessed to killing up to 30 victims.

To this day, Rosemary refuses to fully admit to her role in the murders.

“When Rose wrote to me from prison — her letters arrived every week — and said she’d try to be a proper mum and tell me whatever I needed to know, I decided to ask her about Heather when I next visited her,” Mae told the Daily Mail.

“And I watched her squirm. I thought: ‘She’s not going to give me an honest answer for all her promises.’ And she never has done. You never got straight answers. It makes it worse for the families of victims because she is the only one alive now who knows the truth — and yet she hasn’t told it.”

Mae hopes her mother, who is now 64, might make a deathbed confession.

“I just wish she’d tell the truth to the authorities, then we’d all know, wouldn’t we?”