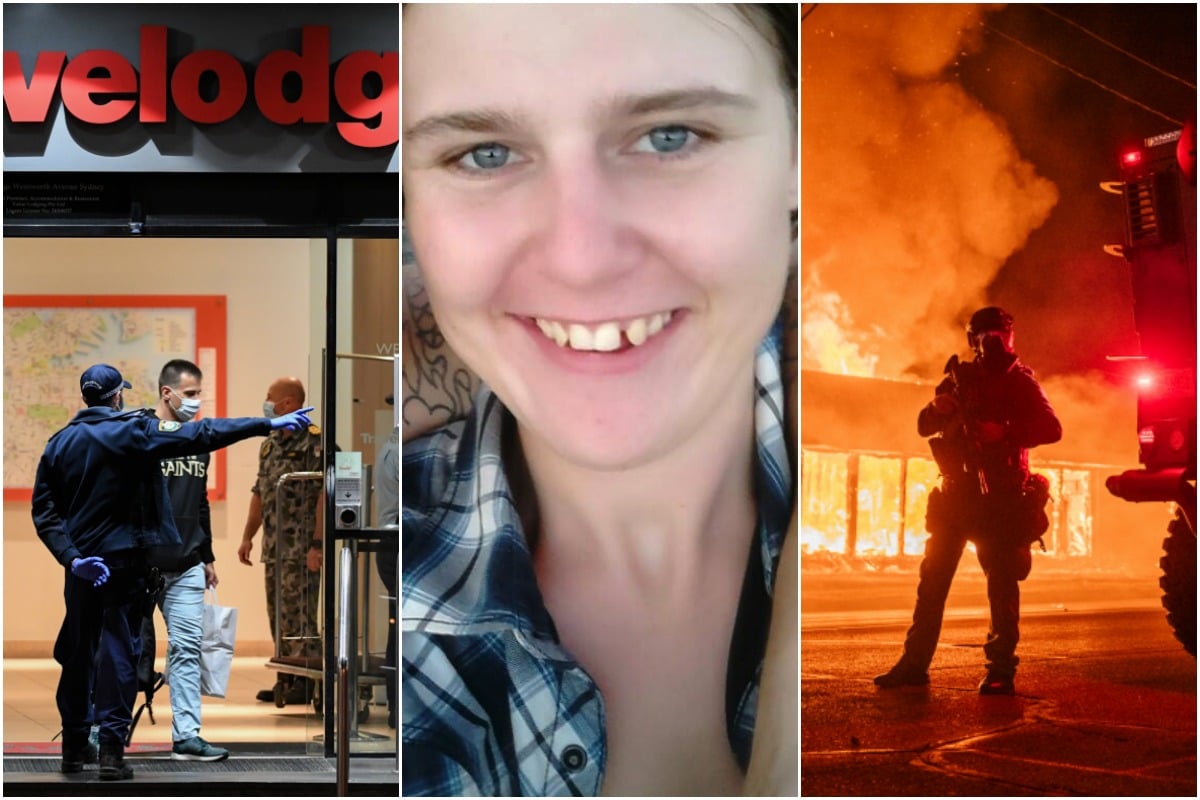 NSW Police have worked through the night to relocate 366 people quarantined in a Sydney hotel to "more suitable" accommodation after it was found not to be complying with COVID-19 health and safety standards.

An audit of The Travelodge Hotel in Surry Hills in the city's east on Tuesday uncovered the deficiencies, with police making the decision to relocate the returned travellers to more suitable accommodation.

The relocation operation commenced yesterday afternoon and was expected to take about 12 hours.

The Travelodge in Surry Hills in Sydney was evacuated of 366 guests after the NSW Police deemed it did not meet health standards for a quarantine site. #9News https://t.co/btvYEKnH9e

On Tuesday night, the NSW Education Department announced three Sydney schools would be closed on Wednesday due to possible cases of COVID-19.

Riverstone High School, Wyndham College and Schofields Public School will all undergo cleaning while the coronavirus tests for the students concerned are processed.

NSW Health has also issued an alert for the City Tattersalls Fitness Centre on Pitt Street in the Sydney CBD after two attendees - a gym member and a contractor - tested positive to COVID-19.

The NSW government is considering easing travel restrictions for residents on the NSW-Victoria border from 2.5 to 50km.

Only three new COVID-19 cases were detected in the state yesterday, including one returned traveller in hotel quarantine and two close contacts of previously known cases.

Woman who smuggled herself from Vic to WA gets six months jail sentence.

A woman who dodged quarantine by smuggling herself into the back of a truck and travelling from Victoria to WA has been sentenced to six months jail.

Asher Van Der Sanden had permission to enter Western Australia, but was supposed to be staying in hotel quarantine for two weeks at her own expense. 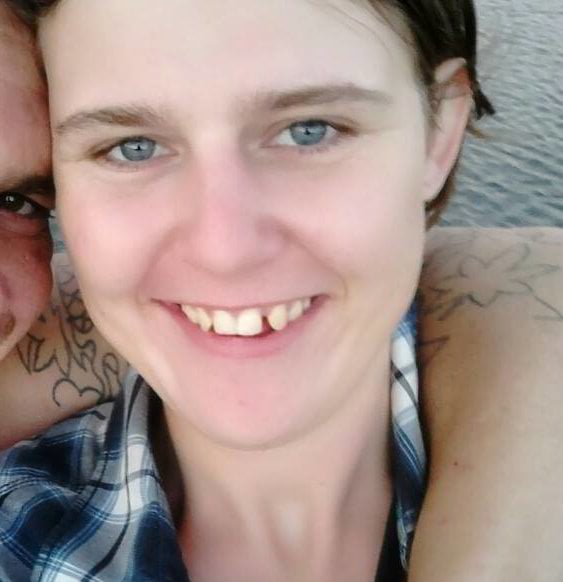 Instead, the 28-year-old snuck across the border and stayed in Scarborough with her boyfriend.

Her lawyer says she didn't have contact with any people other than her boyfriend and was effectively in "self-quarantine" but the magistrate ruled that it was a "very serious offence" and gave her the heaviest punishment in the state for a quarantine breach offence.

She will be eligible for parole.

Jacob Blake paralysed as protests continue into their third night.

Jacob Blake's father says his son is paralysed from the waist down and has "eight holes in his body" after being shot multiple times by police in Kenosha, USA.

The shooting, captured by witnesses on mobile phones, shows the 29-year-old father of six being shot at point blank range by an officer.

Jacob Blake, an unarmed black man, was shot seven times in the back in front of his children. Link in bio.

Blake, who had been attempting to break up a fight between two women, was shot in front of his sons aged 3, 5 and 8, who were sitting in the backseat of the car.

He was unarmed at the time of the shooting, and was showing no signs of threatening behaviour.

Authorities in Kenosha, Wisconsin, are preparing for a third night of unrest after arsonists torched much of the city's black business district following the shooting. A police armoured vehicle patrols an intersection in Kenosha, Wisconsin on the second night of rioting after the shooting of Jacob Blake, 29, on August 23. Blake was shot multiple times in the back by Wisconsin police officers after attempting to enter into the drivers side of a vehicle. Image: Brandon Bell/Getty.

Kenosha County Board of Supervisors member Zach Rodriguez said the board would hold an emergency meeting on Tuesday on seeking federal help, such as US Marshals Service officers, to quell the unrest after 300 rioters looted businesses and set fire to buildings overnight.

Premier Daniel Andrews must strike a deal with crossbenchers to extend Victoria's state of emergency after the opposition ruled out support.

The coronavirus pandemic sparked a state of emergency declared on March 16, which is due to expire on September 13 after a maximum of six extensions.

Mr Andrews wants to change legislation so it can be extended for a further 12 months.

Opposition Leader Michael O'Brien has ruled out supporting the bill, which almost all upper-house crossbench MPs oppose in its current form. 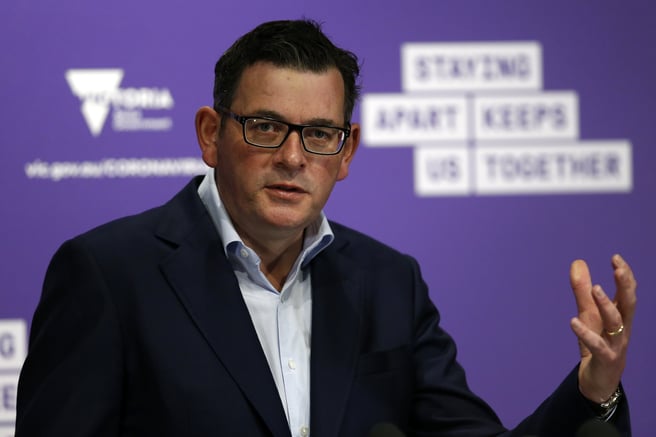 The premier said an extended state of emergency would allow Chief Health Officer Brett Sutton to issue "common-sense" directions to prevent the spread of coronavirus.

These include rules surrounding face masks, mass gatherings and quarantine, as well as density limits for businesses and workplaces.

He stressed the proposed extension did not mean stage four restrictions - also due to end on September 13 - will be in place for another year.

Eight deaths were reported on Tuesday, of which seven were linked to aged care outbreaks.

Education Minister James Merlino said he was confident students will be back in classrooms in term four, subject to Professor Sutton's approval.

A COVID-19 cluster linked to the Melbourne set of a reality TV show has swollen to more than a dozen cases.

Victoria's Department of Health and Human Services confirmed on Tuesday afternoon that 16 cases are now connected to the Docklands studio where Network Ten's The Masked Singer is filmed.

An infected dancer on the celebrity singing program raised the alarm just two hours before shooting was due to get underway on its season finale. 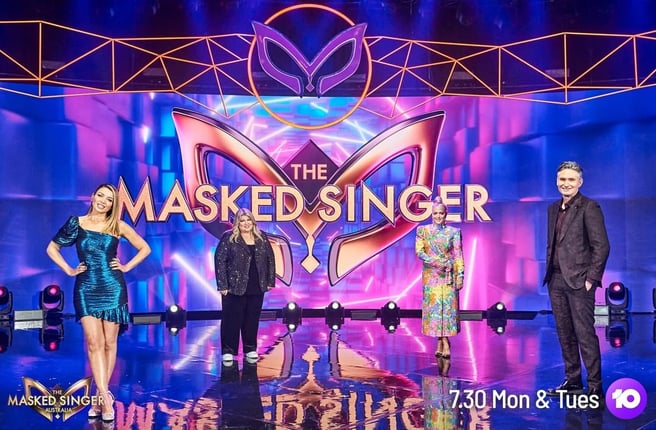 16 cases of COVID-19 have not been linked to The Masked Singer. Image: Ten.

Filming was subsequently shut down and the entire production team, including celebrity judges Dannii Minogue and Dave Hughes, placed in self-isolation.

The Masked Singer was granted an exemption to keep filming in Melbourne despite the city's strict stage four lockdown restrictions.

Premier Daniel Andrews said productions of its ilk would be lost to Victoria forever if some exceptions weren't made.

A former foster carer will reappear in court charged with the sexual abuse of a young girl in Sydney's southwest.

Last week, detectives from the Child Abuse and Sex Crimes Squad began an investigation following reports a young girl had been sexually abused by a man known to her while she was in his care.

Investigators arrested a 57-year-old man at a home in Ingleburn last Friday.

Police will allege in court the man sexually and indecently assaulted the girl - then aged between 12 and 15 - on several occasions while she was in his care.

The COVID-19 jobs toll at Qantas will climb above 8,000 with ground crew positions across Australia to be outsourced.

Airline management on Tuesday signalled that about 2,400 workers who handle baggage, cleaning and other duties for Qantas and Jetstar will be impacted.

The move is forecast to save the national carrier $100 million a year as the travel industry remains devastated by the coronavirus pandemic.

The airline has received $515 million in government support, according to a spokesman.

Most of this support was via JobKeeper ($267 million), which had largely gone to stood-down workers.

The rest of the funds helped bring Australians home from overseas and provide critical services.

- Hundreds of thousands of people have been told to evacuate the Gulf Coast in the US state of Texas as a hurricane threatens to hit the coast within days.

- The rise in COVID-19 cases and deaths has slowed globally, except for in the southeast Asia and Mediterranean regions, says the World Health Organisation.

- Julian Assange's partner has visited him in prison for the first time in almost six months, saying he looks much thinner than last time she saw him and is "in a lot of pain."