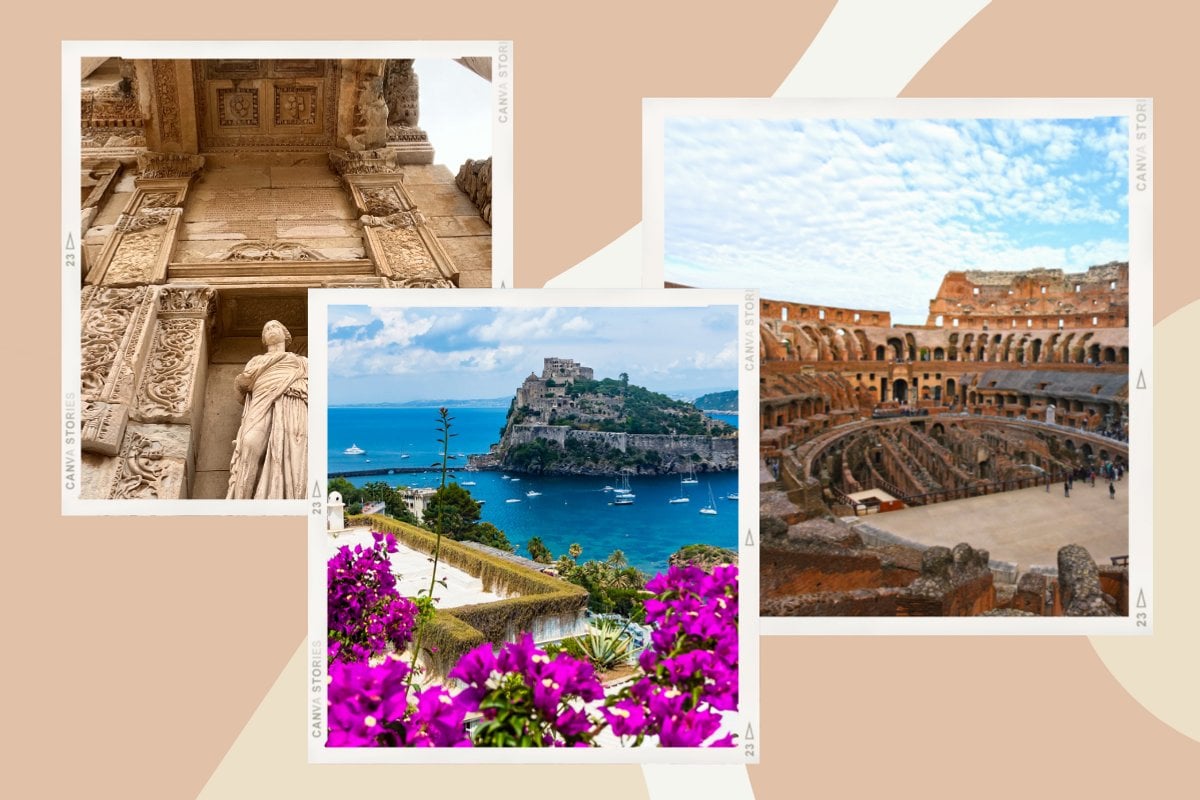 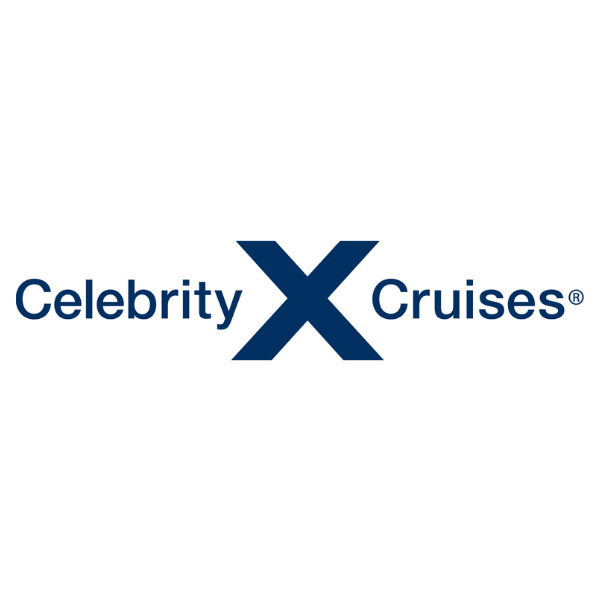 Thanks to our brand partner, Celebrity Cruises

Picture this. You’re sipping on an Aperol Spritz in a chic sunset bar overlooking the Aegean Sea in the Mediterranean, and wondering whether to try one of The Spa’s 120 Gwyneth-approved wellness experiences, spend a few hours relaxing in a cantilevered hot tub suspended over the side of the ship, *or* dine on butter poached lobster at the exclusive Luminae Restaurant.

You’ve just left Santorini after a day exploring its iconic white and blue villages and devouring octopus and sweet wine, and tomorrow you’ll arrive in Mykonos for another incredible Greek Islands experience.

While it sounds like a dream, this is the reality of a holiday on Celebrity Beyond: the luxury cruise ship by award-winning Celebrity Cruises that’s redefining the art of luxury cruise travel. 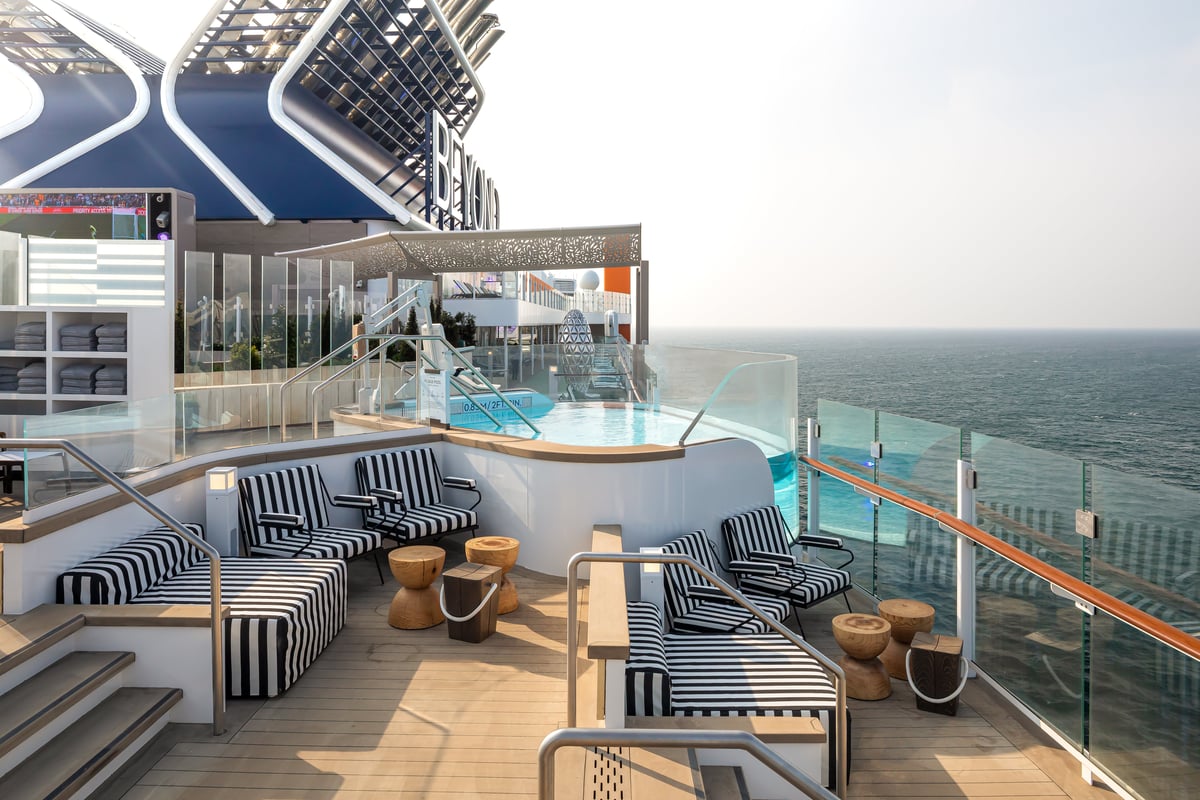 Celebrity Beyond is known for many golden ticks of approval, most notably its luxurious accommodation (by globally renowned designer Kelly Hoppen CBE), culinary excellence (led by Michelin-starred chef, Cornelius Gallagher), and wellness enrichment (we weren't kidding when we mentioned Gwenyth Paltrow – the goop CEO is their Wellbeing Advisor).

So, cruising on Celebrity Beyond’s 11 night Italy, Turkey & Greek Islands itinerary is the ultimate island-hopping European escape. That capsule wardrobe of yours needs unpacking only once, your transport and itinerary is managed for you, and everything you could ask for is at your fingertips: think cabanas, lap pools, restaurants from Michelin-starred chefs (like Le Voyage by the world-renowned Chef Daniel Boulud - his first-ever restaurant at sea!), and the stunning Resort Deck with living gardens and stylish outdoor lounges and sunken seating.

If you’ve been dreaming of exploring a slice of Europe in style next year, cruising onboard Celebrity Beyond to explore these unforgettable destinations might just be the perfect way to do it.

If you’re contemplating it (tempting!), here are the 10 experiences I’d recommend you add to your travel list immediately.

1. Explore ancient gladiator history at the Colosseum in Rome, Italy.

Rome may not have been built in a day, but it can be explored in one – with the right footwear, a stop for pasta and Chianti red wine, and a route through the city centre. Pass the Pantheon and 18th century Trevi Fountain on your way to the Colosseum, the largest amphitheatre ever built and a towering symbol of the ancient Roman Empire.

Completed in 70 AD, this 50,000 seat arena hosted battles between Roman gladiators, and it’s an absolute must to explore on a small group tour. 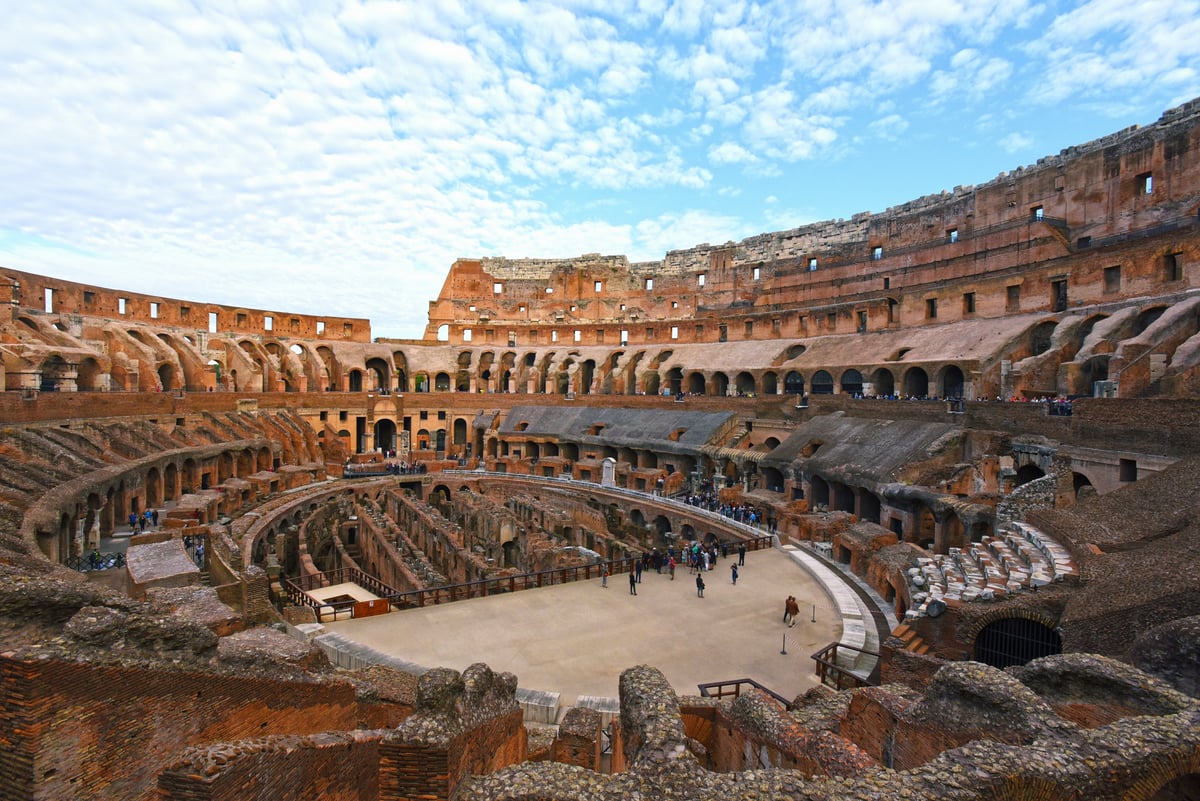 2. Visit beautiful Taormina and the Blue Grotto in Sicily, Italy.

Perched on a rocky cliff side with views across the still-active Mt Etna volcano and the sparkling yacht-filled inlets of the Bay of Naxos, Taormina has been a favoured Sicilian resort destination for centuries.

A cruise along its coastline will lead you to the Blue Grotto sea cave with its stunning reflections, and Isola Bella, a tiny island known as the Pearl of the Ionian Sea, where you can take a dip in the crystal clear water. 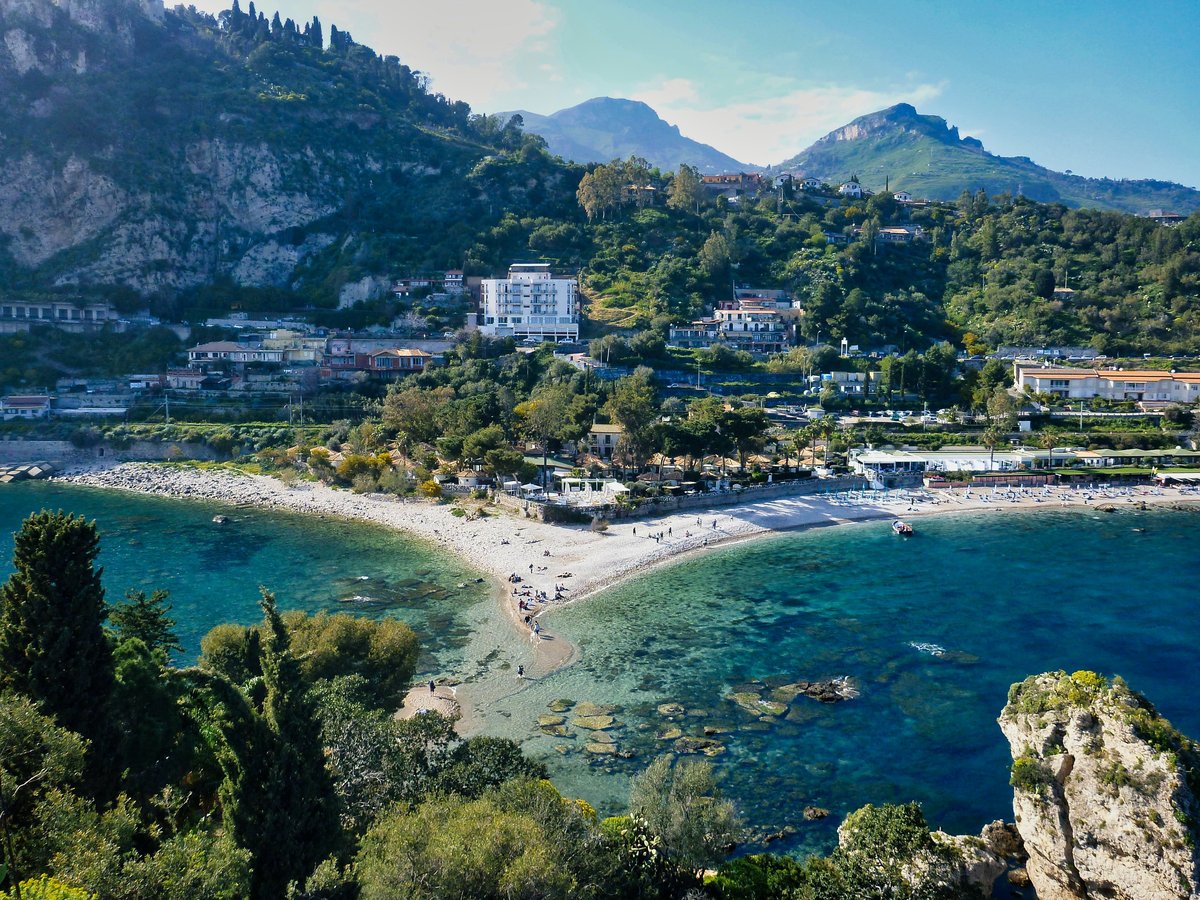 3. A resort within a resort, onboard Celebrity Beyond.

The Retreat is Celebrity Beyond’s exclusive suite experience and is the ultimate in luxury cruising. Suites feature plunge pools and uninterrupted ocean views, and a Personal Retreat Host will make sure you never need to lift a finger – unless of course, you want to!

Suite guests have access to exclusive luxury decks and lounges, like The Retreat's lavish two-level Sundeck, Luminae Restaurant with its Michelin Chef designed menu, and The Retreat private lounge.

4. Check out the architectural beauty of the Hagia Sophia in Istanbul, Turkey.

The revered 6th century Hagia Sophia was the world’s largest cathedral for 1000 years, and is a stunning example of Byzantine architecture. Converted into a mosque by Mehmed the Conqueror in 1453, and now showcasing both Islamic calligraphy and once-covered Christian mosaics side-by-side, it is truly a unique architectural and cultural site, not only for its beauty but for its religious and national significance. 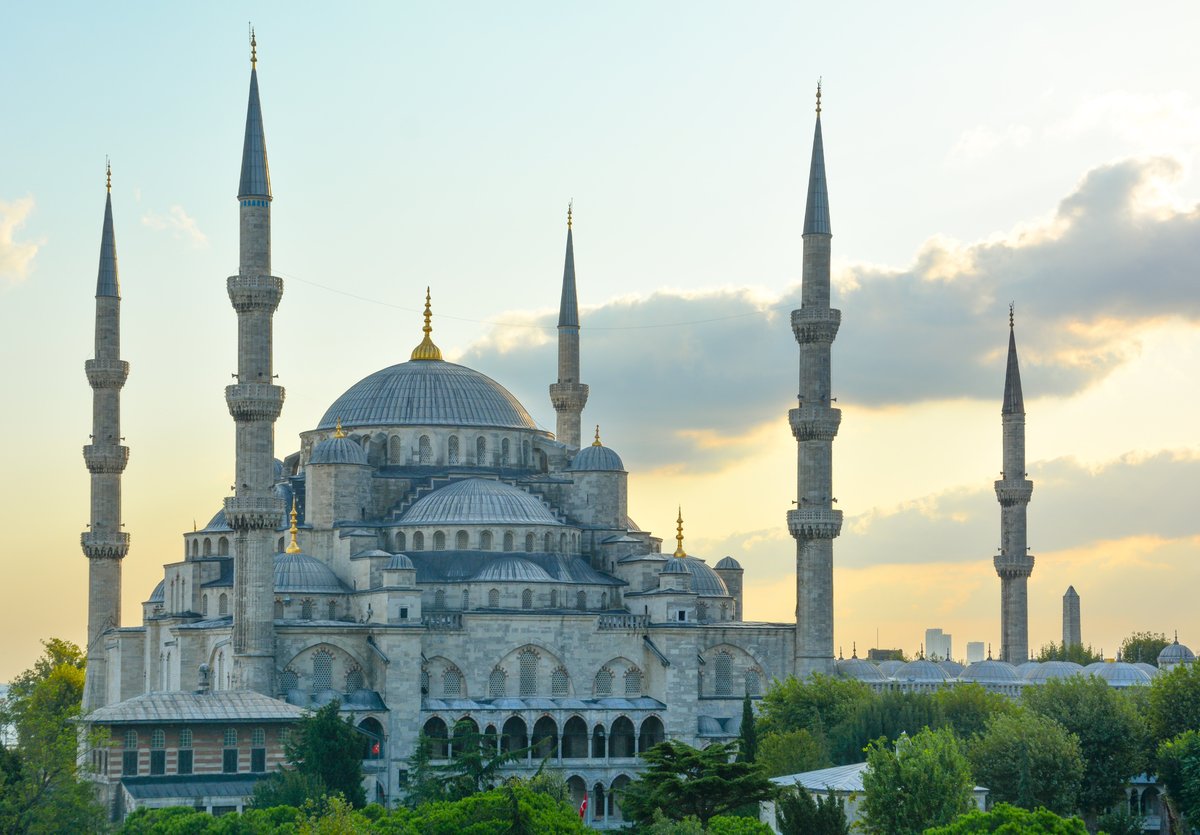 5. Explore the ancient ruins of Ephesus in Kusadasi, Turkey.

Ephesus was once the commercial centre of the Mediterranean and was so extensive that more of this ancient city is constantly being discovered by archaeologists. Well preserved amphitheatres, bathhouses, temples and public squares make Ephesus one the world’s most important archaeological sites. 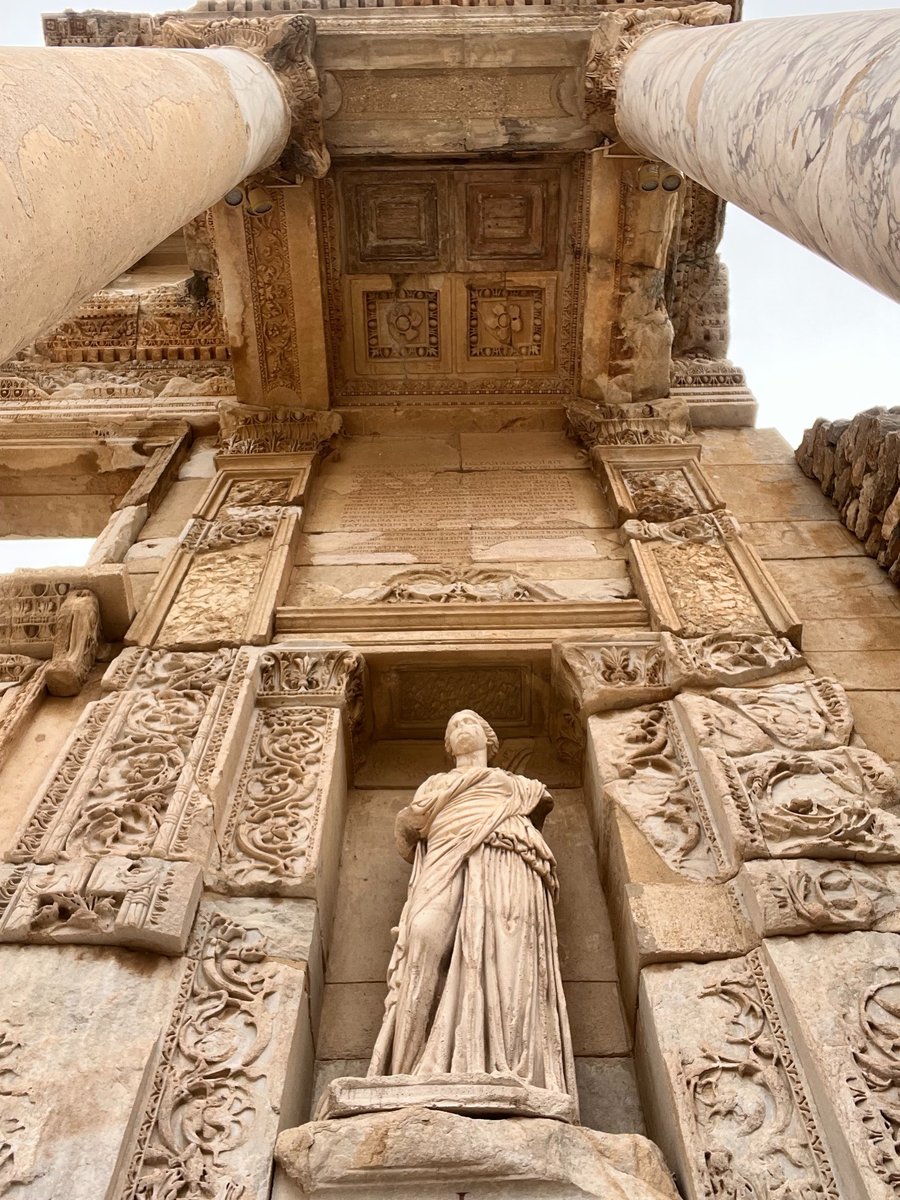 6. Treat yourself to the most exclusive spa experience at sea, onboard Celebrity Beyond.

With Gwyneth Paltrow as its wellness advisor, The Spa onboard Celebrity Beyond has 120 indulgent experiences and 12 new destination inspired treatments – think Caribbean coconut and Baltic soapstone.

After your indulgent pampering recline on heated loungers, enjoy the decadent Rainfall Water Therapy room where you can even choose your preferred style of raindrop. If that’s not enough, there’s a Turkish Hamman bath and a Zen Zone with floating basket chairs to curl up in.

We're relaxed just thinking about it!

7. Sail and soak in Santorini, Greece.

It’s tempting to spend whole day exploring Santorini’s infamous caldera-clinging white villages and blue-domed churches, but for an experience a little out of the norm jump aboard a catamaran and sail the volcanic crater. It’s worth climbing the black lava island of Nea Kameni – make sure to pack a hat and water – to feel the heat that radiates from deep underground.

Finish your adventure with a soak in the hot, therapeutic waters that surround the island. 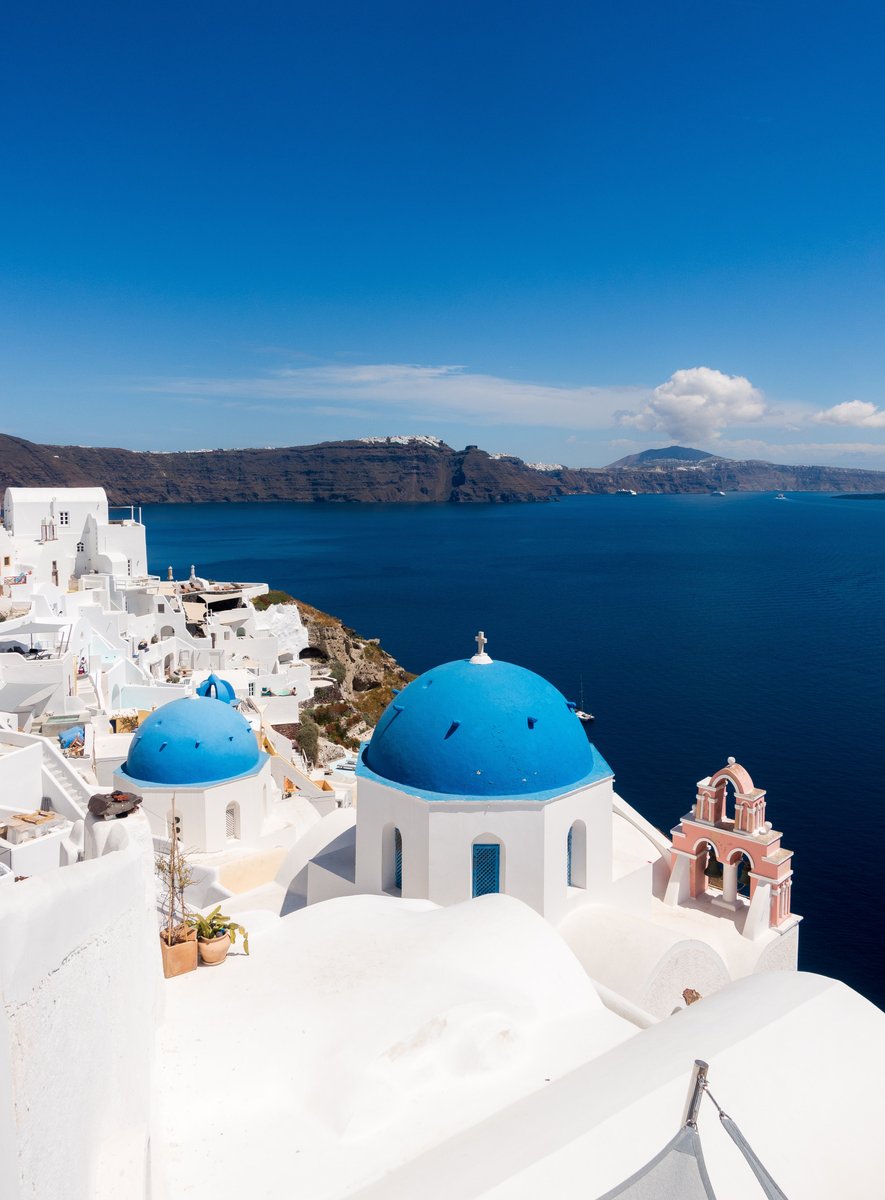 8. Wander the streets and shop in Mykonos, Greece.

Mykonos is the ultimate holiday island with its party energy, bars and tavernas perched alongside the waterfront, picturesque windmills and cobblestone laneways perfect for snapping Insta-worthy holiday photos against bright white walls and the island’s ubiquitous pink bougainvillea.

Save a little time for shopping too – these laneways are filled with stores selling artisan designed jewellery, clothing and handbags. 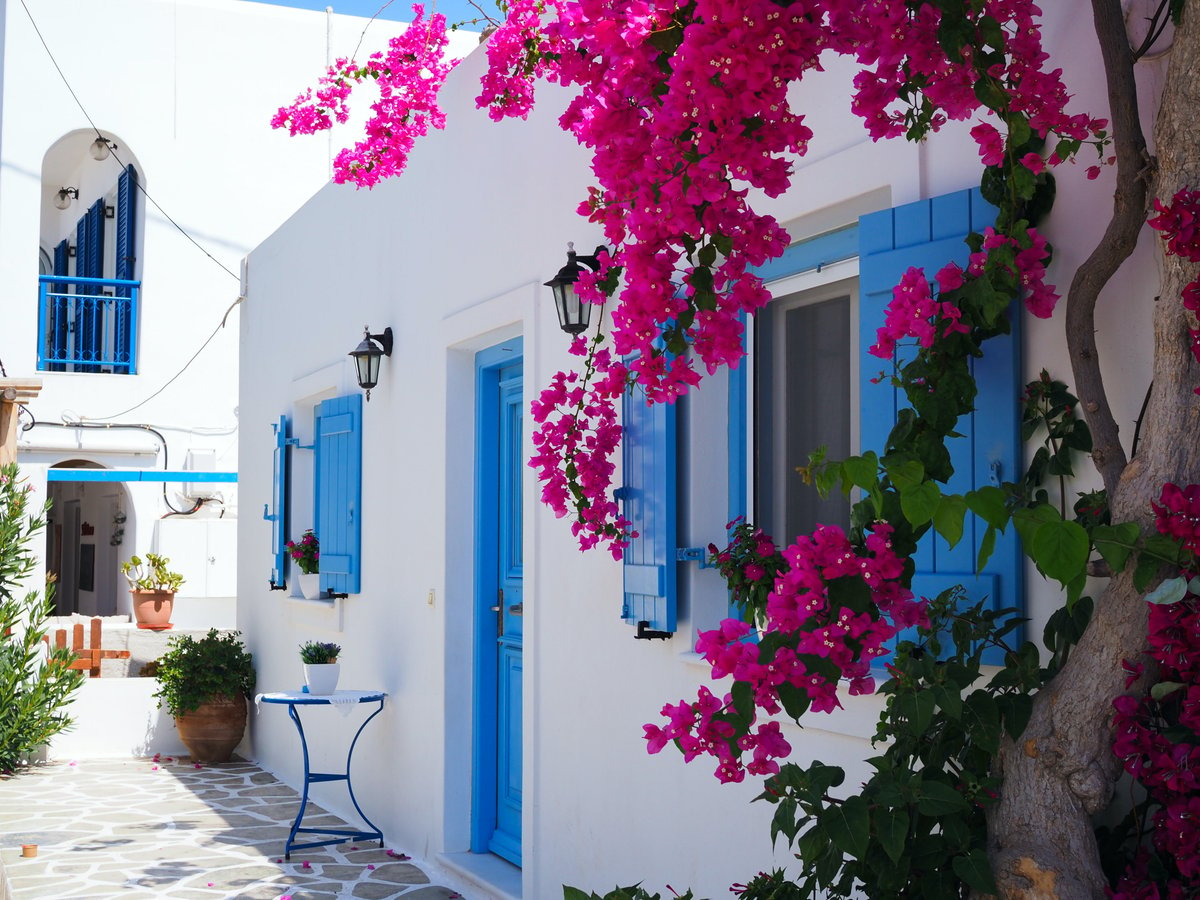 9. Embrace the outdoors on the Resort Deck, onboard Celebrity Beyond.

Celebrity Beyond’s Resort Deck is an outdoor space unlike ~any other~ at sea.

With huge open spaces to create a closer connection with the ocean, the outward facing pool deck and adults only solarium offer stunning views across the water. There’s even a Rooftop Garden, filled with greenery and intimate nooks, lounges and shaded seating for catching up with friends, watching live entertainment in the evening and settling in for movie nights on the huge TV screen. 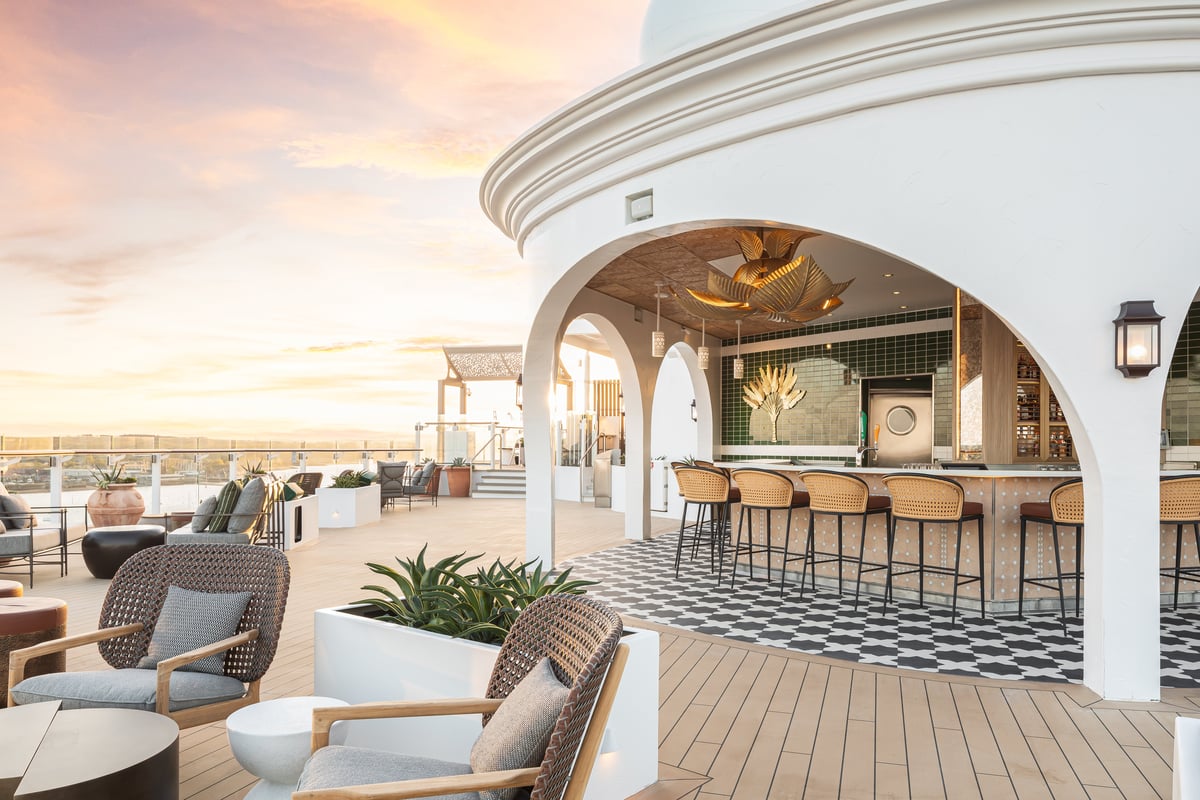 Less than an hour from Naples, Ischia Island is famous for its unspoilt beaches, healing thermal hot springs and picturesque waterfront old towns. The island is said to embody the Italy of old – its hospitality, beauty and easy pace of life. Swim at its sandy beaches in crystal clear water (or spend the day at an exclusive beach club), soak in its mineral-rich thermal pools and enjoy a meal in an authentic taverna.

Don’t miss the medieval Aragonese Castle accessed by a footbridge, and if you can, hang around for a spectacular sunset. 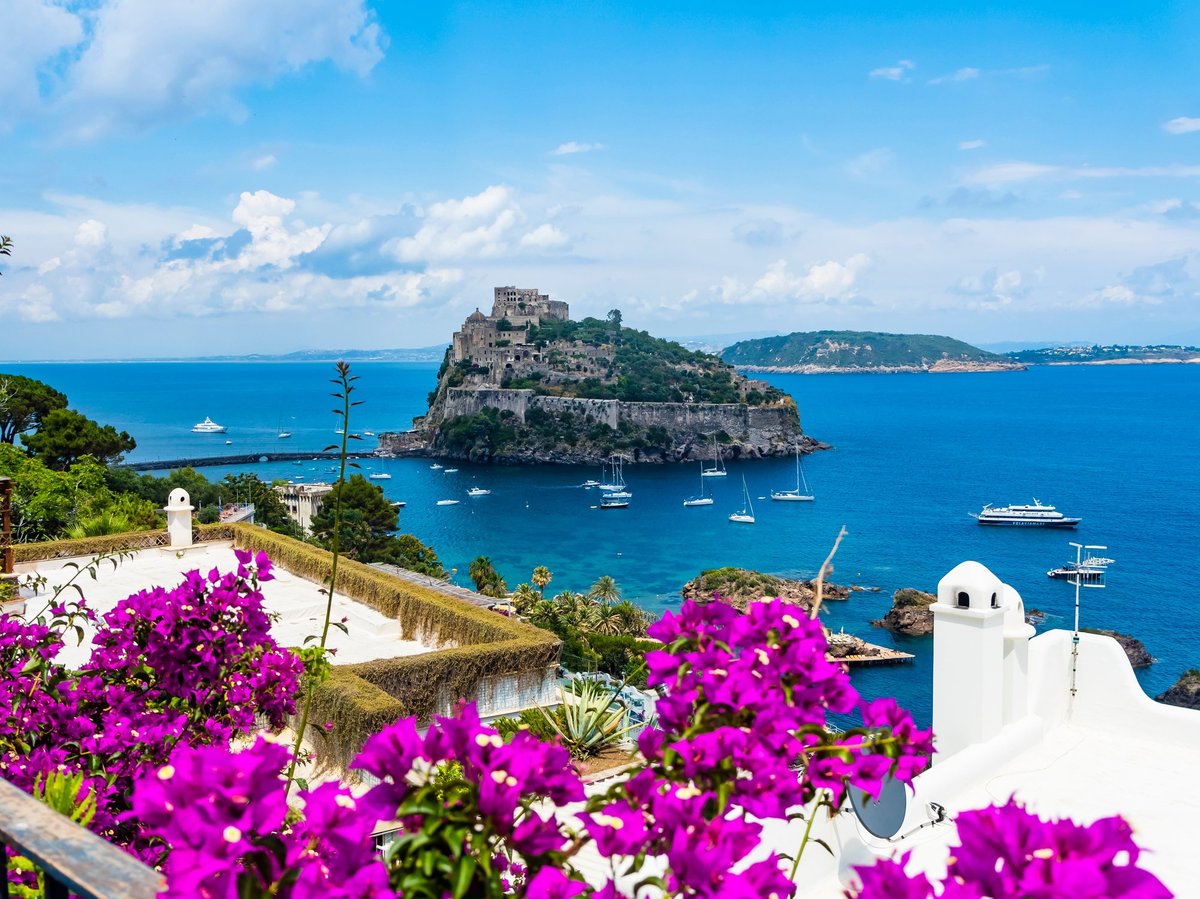 Soak up the sun, salt breezes, and stunning scenery of Europe onboard Celebrity Beyond's 11 Night Italy, Turkey & Greek Islands itinerary, departing 26 June 2023. Savor a luxurious experience that rivals anything you’d find on land, and discover even more ways to relax and renew.

Explore this itinerary and book here.

Celebrity Cruises’ iconic “X” is the mark of 15 award-winning ships redefining luxury cruise travel with revolutionary design, unparalleled culinary adventures, first-at-sea wellness experiences, and second-to-none service. Celebrity has pioneered many firsts at sea, among those are the first use of solar panels on a cruise ship; the first American female captain of a cruise ship; the first-ever all-female bridge and officer team; and one of the first legal same-sex at-sea weddings. With a mission to open the world, Celebrity explores all seven continents, visiting nearly 300 destinations in more than 70 countries. Your next unforgettable holiday awaits at celebritycruises.com/au