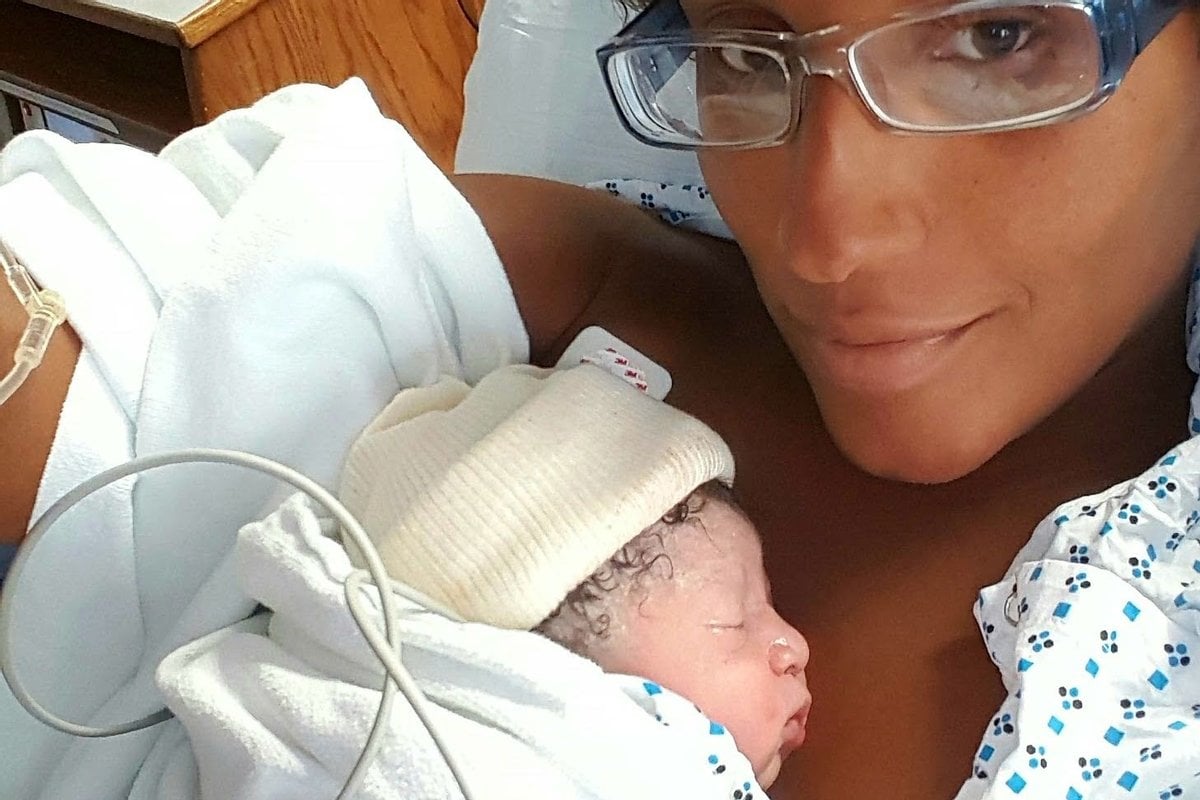 As told to Laura Jackel.

This week we profile Marie*, an IT specialist and mum of a three-year-old son and five-month-old daughter.

Together for eight years, Marie and husband Tom were fortunate to fall pregnant on their second attempt. After their initial excitement at becoming parents-to-be, Marie began feeling very unwell.

“I had pelvic girdle pain throughout and hyperemesis gravidarum,” Marie says.

“Coupled with the constant pain and nausea, I was also working in a particularly toxic and unsupportive workplace. I spent the last six weeks bedridden in the lead up to my son’s birth. It was not a great pregnancy!”

As someone diagnosed with bipolar disorder, Marie wanted to discuss the implications of pregnancy with her GP. He advised her to go through the public hospital system because of their mental health support services.

“My bipolar disorder is controlled - I haven’t had an episode in more than eight years; I see a psychiatrist regularly and take medication, but I still wanted to get the best advice for myself and my baby.”

While she was told that thankfully her medication was safe to continue taking while pregnant, Marie felt otherwise unsupported.

“My husband was wonderful but it felt like I had no continuity of care medically speaking. I saw a different doctor or midwife every time I went in for an appointment, and I was 12 days overdue before they agreed to induce me!”

In December 2017 and at nearly 42 weeks pregnant, Marie went in to the hospital for a check-up. A catheter was inserted into her cervix to begin the induction process and she was sent home. It was painful but did not bring on labour, so the next day Marie returned to hospital.

“This time I was given a bed and I requested an epidural before being hooked up to an IV drip which put me straight into active labour. Unfortunately, the epidural didn’t work and I could feel intense pain in every part of my body.

“I was given gas while they tried to top up the epidural but that didn’t work either, so for the next 22 hours the pain was excruciating. I felt like I was being crushed to death and no one could help me or do anything about it.”

It wasn’t until 18 hours after she arrived that she first met with the obstetrician charged with her care.

“The obstetrician was a man in his early 30s and I could feel his attitude change towards me after he checked my notes.

“His manner became very patronising and he told me I was being histrionic and that I was overreacting. Even that I was making it up in regards to my pain. It felt as if he had taken one look at my notes, seen I have bipolar disorder and then made up his mind about me.”

“He left me in pain for a further four hours before telling me he would need to perform a c-section. During this time my baby’s heart rate was dropping and my husband was absolutely terrified he was about to lose us both.”

Marie was given a general anaesthetic after pleading with the doctor that she could still feel pain after a third attempt at an epidural failed.

“I woke up after the c-section in a near empty room feeling drowsy and scared. The lone nurse told me that my son was floppy when he was born after inhaling meconium and becoming distressed. I didn’t get to meet him until five hours after his birth in the NICU. I was devastated and felt like it was all my fault.”

After five days in hospital Marie was sent home, returning every day to see and spend time with her son.

“It was such a difficult time, I was in physical pain from the c-section and also because I was still suffering with hyperemesis gravidarum which meant I was vomiting every day, putting a lot of pressure on my wound.

“I was also really anxious after the birth and every time my son cried I would freak out. I felt like a shitty parent for not being able to give him a ‘normal birth’ and I was constantly obsessing over his health and safety.”

It took Marie and her husband a long time to recover from their experience and it made them both determined that if they were ever to have another baby, they would go through the private system.

“A friend recommended an obstetrician and we both met with him before we even began trying for another baby, to explain our fears and wishes.

“I knew I wanted a c-section but I also wanted to remain awake. We both felt we had missed out on that joyful moment of meeting our new baby together. The obstetrician told me to come back when I was pregnant, and just a few weeks later I was!”

The first few weeks of Marie’s second pregnancy were stressful as she once again struggled with hyperemesis gravidarum. This time however she had a supportive, family-orientated workplace and consistent medical care.

“As I was wheeled into theatre at 39 weeks I was understandably nervous, but this time I was given an epidural that worked! My husband almost passed out but we were both present as our obstetrician lowered the drape and pulled our daughter out and placed her on my chest. It was perfect!”

Following a great birth, a healthy baby and no anxiety, Marie and her family left hospital after just three days to take their daughter home.

“The traumatic experience with my son’s birth made me question so much about how I was treated but also judged. I wonder if action had been taken earlier in my labour with my son if the birth would have been as traumatic? Or if I didn’t have bipolar disorder, would I have been listened to?

“All I know is I would not wish for that to happen to my daughter and I will do everything I can to ensure that it doesn’t.”

Reply
Upvote
I really hope you made a formal complaint about that obstetrician, if not you can still come forward.  Please.  Don't let him get away with it.  Stop another woman going through what you had to go through.  If it helps prevent one woman going through this, it's worth it.

Reply
Upvote
I’m glad your second birth experience was a positive one.  Discrimination by medical professionals due to mental health issues is a massive problem - especially when you are presenting for a completely different health issue not relating to mental health.  Even if you don’t disclose your diagnosis, your medication list tells the story for you.   I feel for you because I have a similar diagnosis to you and have been dismissed, patronised etc and it is infuriating and dehumanising.  I never felt that I could call them out for fear of having “irrational”, “paranoid”, “belligerent” or “crazy” added to my file.
News
General
Opinion
True Crime
Politics
Sport
Explainer
Entertainment
Celebrity
Reality TV
Movies
TV
Books
Rogue
Royal
Lifestyle
Beauty
Fashion
Weddings
Home
Wellness
Health
Fitness
Travel
Food
Parents
Before The Bump
Pregnancy
Baby
Kids
Teens
School
Parent Opinion
Work & Money
Money
Finance
Career
Lady Startup
Relationships
Sex
Dating
Separation
Friendship
Family
Real Life
Couples