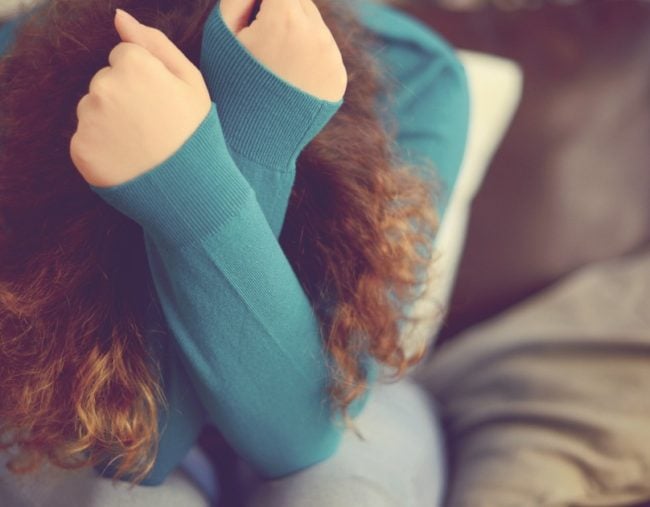 The number of women who have experienced catastrophic side effects from a medical device used to treat prolapse after childbirth is likely to be higher than expected, experts fear.

A Victorian health consumer group has conducted the first comprehensive survey of Australian women who have been treated with transvaginal mesh implants.

The Health Issues Centre says it has received more than 1,850 responses in just six weeks, with more than 750 women saying they have had adverse effects.

Prolapse is commonly a side effect of child birth, and involves the bladder, uterus or bowel collapsing into the vagina.

Women around the country have reported experiencing problems from the device including incontinence, severe chronic pain, problems walking, painful intercourse and even marital breakdown.

International studies have found as many as 36 per cent of women had side effects after having mesh implanted for prolapse.

The exact number of mesh implants used in Australia is not clear, or how many women have had side effects.

The Therapeutic Goods Administration has received reports of side effects in almost 250 patients since 2000.

It found complications were closely linked to the skill and training of the surgeon and whether the procedure was suitable for the patient.

The Australian Commission on Safety and Quality in Health Care is now reviewing the use of the implants.

It will examine whether there needs to be better training and credentialing of clinicians who implant and remove the devices.

It will also advise doctors on how to identify which patients are more likely to benefit from mesh and what patients need to be told about their treatment.

A with those affected urged to make a submission.

Mesh was previously available for surgeries like hernias prior to 2002, but the market expanded massively when special transvaginal mesh kits hit the shelves.

Health Issues Centre chief executive Danny Vadasz believes there has been a “catastrophic failure” of regulators and the health system to protect women.

“I believe they have all been asleep at the wheel while this tragedy unfolded,” he said.

“It’s quite clear there are a large number of women out there that, on top of the pain and suffering, also unfortunately have had the ignominy of being told they’re hypochondriacs.”

Mr Vadasz said he feared the number of responses is the “tip of the iceberg”.

“Now is the time to speak up.”

Mr Vadasz said the problem demonstrated the need for a national register of medical devices used in surgeries.

“Horrifyingly, there is no register of the number of cases,” he said.

The Royal Australian and New Zealand College of Obstetricians and Gynaecologists (RANZCOG) has also backed the call.

“Absolutely the college would support a register. We think that would be an important step forward,” RANZCOG president Steve Robson said.

Doctors group urges caution in use of mesh implants

The RANZCOG said it was sorry to hear of women who had bad outcomes.

“The majority of women have had really good outcomes from mesh, but in the number of women who have had a bad outcome, some of the outcomes have been very bad indeed,” Professor Robson said.

“As a college for 10 years now we’ve been warning our fellows to be very cautious in the use of mesh and monitoring really carefully what’s happened.

“If women feel they’ve been told it’s all in their head or something like that, I’m extremely regretful that’s happened. That’s not right.

“It’s really important for surgeons and doctors to listen very carefully to what the women are telling them about the procedures that have happened.”

College will oppose any ban

Women who have experienced side effects have been calling on the Federal Government to ban the remaining mesh products on the market.

But the RANZCOG said it would oppose any blanket ban.

“It’s happened elsewhere in the world and it’s been a retrograde step,” Professor Robson said.

“There are a number of types of mesh and there’s an enormous amount of evidence that supports the benefits and safety of the meshes that are used for incontinence and that’s recognised around the world.

“If you look at the operations that would have to be done if you couldn’t use mesh, they’re actually worse and more dangerous for women.”