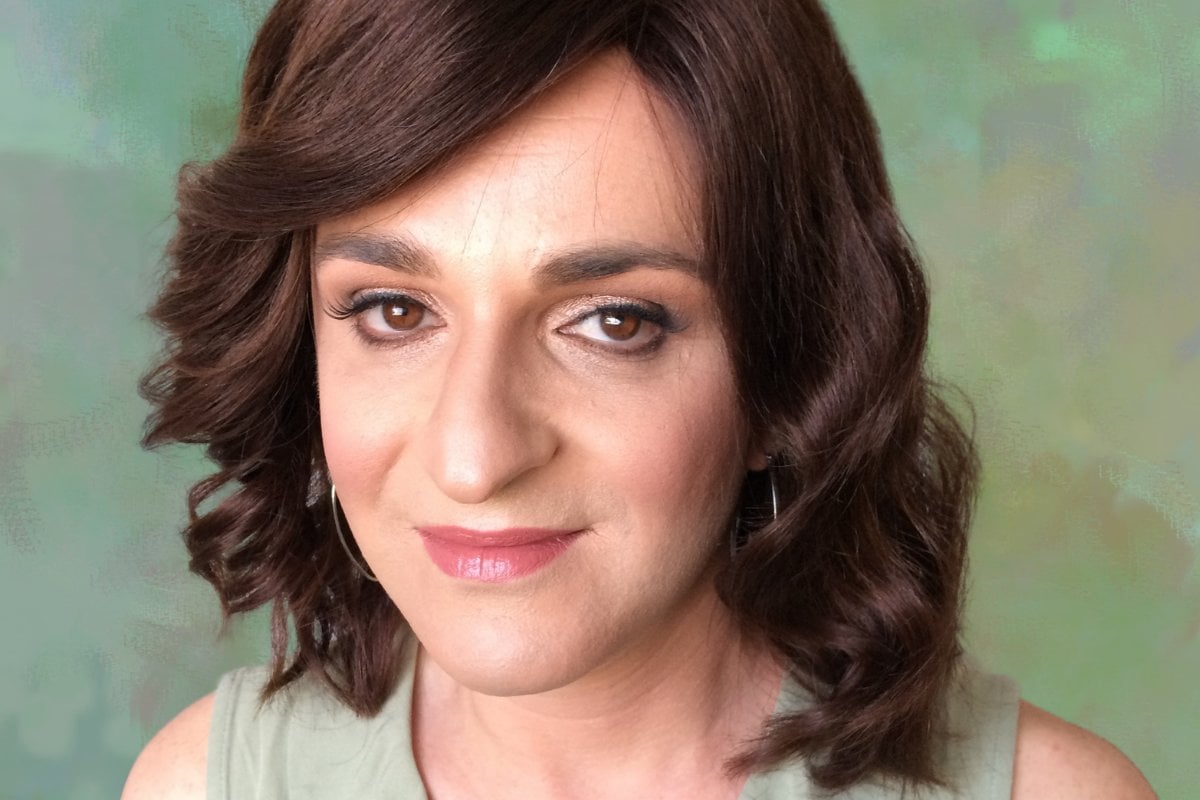 When my oldest child turned seven, I realised that was my age when I, as a boy, first discovered my 'shameful secret'. For me it was 1978, and back then words like ‘transvestite’ and ‘deviant’ were common in both medicine and the media. So you can see why I kept it secret and barely admitted it myself.

The hurt and scars took decades to heal. In my 20s I studied psychology and sociology, to change the world and heal myself. In psychology we learnt those nasty words for what I still hid inside; in sociology we critiqued the way language has the power to define and control.

I also built up a career, travelled, married and had two children (I’m ‘Dad’ by the way, which suits me fine). And as I said, when my son turned seven, I prayed that he would never suffer the burden of carrying a secret that stabbed at his heart.

Watch: Dating as a trans woman. Post continues below.

The fight for my body.

The first battle started in childhood and lingered until the depths of puberty. Each night in bed I wished that I would turn into a girl. In the mornings I searched the bathroom mirror for signs of success. Of course I failed, and so I felt undeserving.

The second battle for my body, the one I have faced for the past six years, is likely to be my last. And it has taken many unexpected directions. It started in my right arm of all places. One day I found that it did not swing when I walked. There was no pain, numbness or damage that I could see. It just sat there.

I took a determined approach to getting it treated after an initial doctor told me it was RSI, anxiety or OCD. Finally, I got a referral for a neurologist.

But before the appointment came up, I had a dream one night that literally transformed my life. I dreamt that I was wearing a beautiful summer dress. That was it. But it woke inside me something urgent. After a lifetime of simply living, I re-remembered that years ago I tried cross-dressing. So I went out and bought a frock to match my dream.

Back to the neurologist. 10 minutes into the appointment, he asked if I had any tremors.

“It’s the most likely diagnosis,” he said.

The most common form of Parkinson’s is described as idiopathic, which simply means the cause is unknown. So that’s what the neurologist meant by ‘most likely’. After brain scans and numerous tests, the neurologists said that they couldn’t find anything worrying. I was confused.

“Yes,” they said. “There are no tumours or brain injuries. We’ll start you on the gold standard medication for Parkinson’s.”

None of this came across as very reassuring. I had just turned 45; now was the time for career ambition, raising kids, overseas travel – not medications, slowing down and rethinking my life!

I nonetheless kept my gaze on my blossoming gender identity. I started going out with friends ‘as Belinda’ and cultivated my own sense of feminine style, which a girlfriend described as ‘muted sexy’. 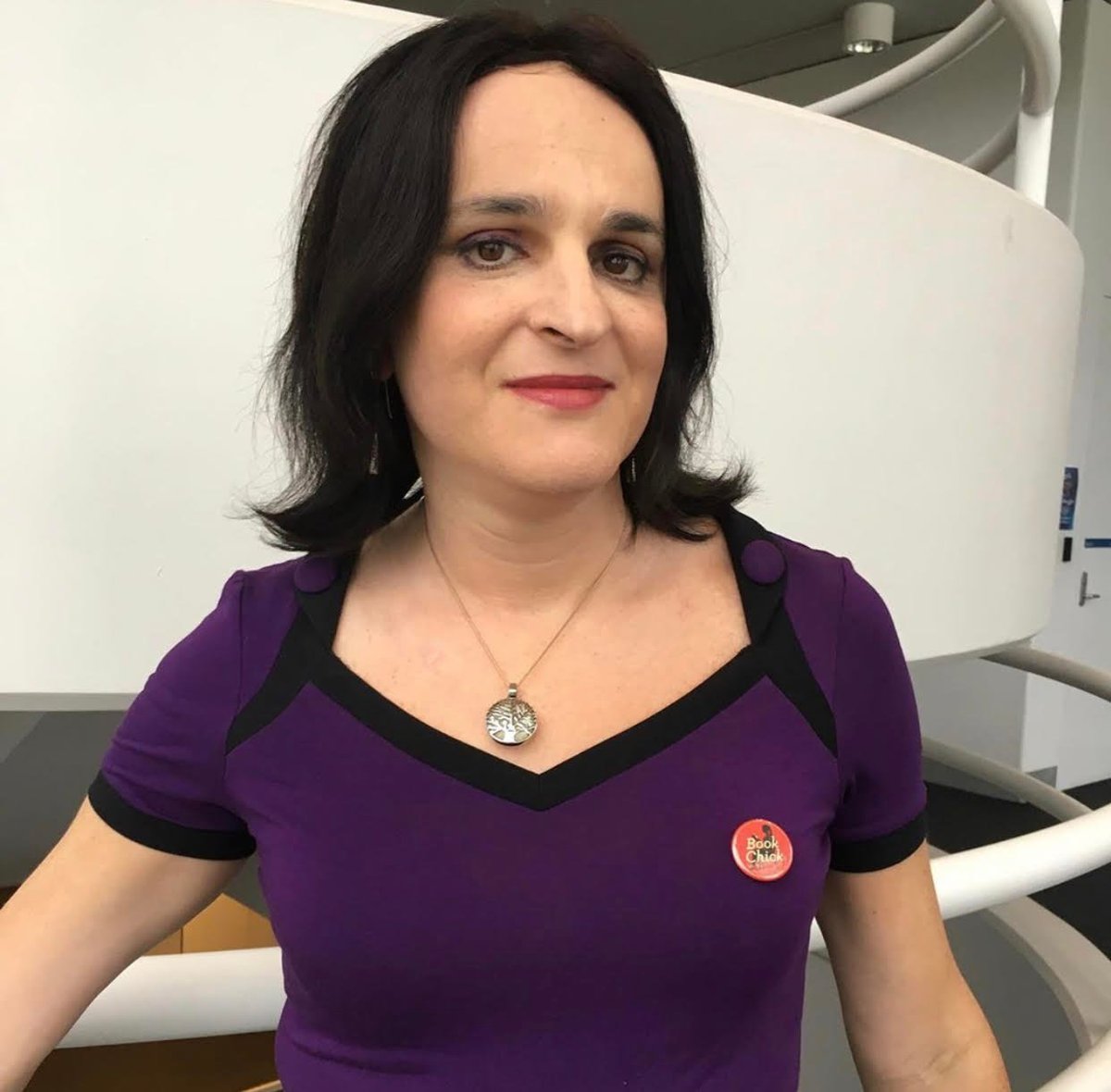 But it got to the point where going to work as male and presenting as female on weekends – not to mention hiding it from my kids – became untenable. It was time to shed my past. Even though the Parkinson’s disease progression was slow, I knew that time was against me. When the meds wore off each day, my body was getting slower and stiffer.

My son was 11 when I sat him down and told him that I had a female self that I needed to live as. His response, initially surprising, exemplifies how he has been ever since.

He’s now 14, and he does not see gender as being relevant to what a person can be.

My daughter was six at the time and her response made me laugh.

“What? You’ve got dresses in the house? Where are they?”

She pulled a purple dress out of my wardrobe, held it up and said, “Oh Dad, you’re going to look so pretty in this.”

She’s been stealing my makeup and jewellery ever since.

Over time, the battle for my body has intensified. With Parkinson’s, I’ve struggled with insomnia, constipation and fatigue. There are some 40 known possible symptoms of the disease; tremors is just one.

As I face each new health challenge, two things keep me going. The most important is my kids: I need to be around for them. On the other hand, being me means that every day is a blessing for what life has given me – including a mother who was verbally abusive to me as a child, yet came good later in life before dying too young herself.

So despite my ailing health, I’ve never felt more content within myself. I will likely be single for the rest of my life. I may never experience the intimacy of a partner again, but I have so much to be grateful for.

Last July, I made the big decision to have gender reconstruction surgery. It was the most validating experience of my life. And then just in January, I had breast augmentation surgery. At last, at 50 years old, I can complete the dream of that seven-year-old boy.

Being transgender and having kids and a progressive neurological disease have taught me the same lesson: I have to live in the moment, for today, as if it might be my last, but also my best. On that note, I better go: the kids are calling; dinner won’t cook itself.

T
trans a year ago

Reply
Upvote
At 83 I can absolutely understand the writers experiences throughout life.
I've lived my whole life fighting this terrible experience. It's the way we are, but it can tear us apart, including the family. Not everyone is understanding, but we continue to work on the problem
Z
zeeteewee a year ago