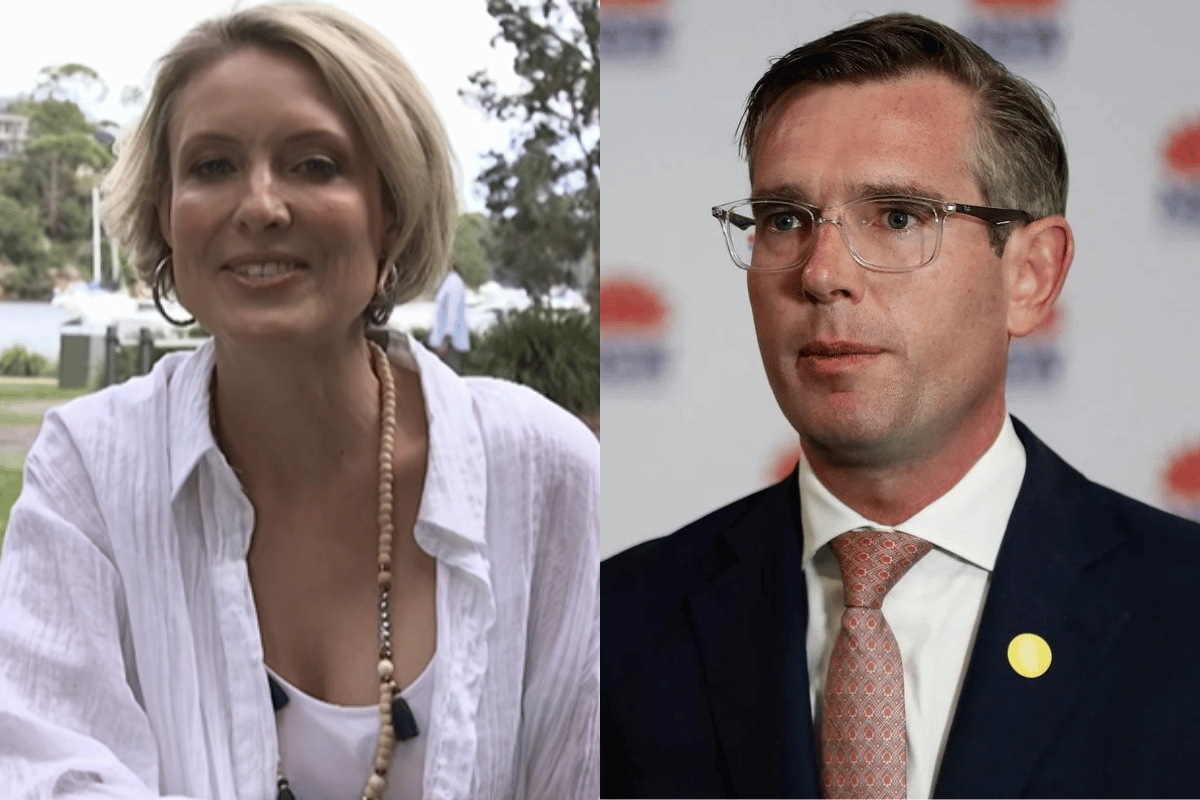 It's the second week of the federal election campaign and one topic keeps being pulled into focus; transgender identity.

In a time of floods, war and a pandemic, the lives and rights of transgender Australians have been turned into this election's political plaything, with leaders at both state and federal levels vocalising their stance.

Transgender rights were heavily debated and scrutinised in relation to the religious discrimination bill earlier this year, resulting in the bill being benched for the time being. But during the election period that conversation has continued.

Here's what you need to know about the issue and how the transgender community are reacting.

Deves, who was personally chosen for the Sydney seat of Warringah by Prime Minister Scott Morrison, is a vocal campaigner against the inclusion of trans women in women’s sport.

Last week, now-deleted Twitter posts were re-published where she claimed "half of all males with trans identities are sex offenders" and described transgender children as "surgically mutilated and sterilised".

Deves later issued public apologies, recognising her language has "on occasion been unacceptable".

"In my dedication to fighting for the rights of women and girls, my language has on occasion been unacceptable. It has hurt people and detracted from my arguments," she said in a statement.

"I apologise for such language and the hurt that I have caused. I commit to continuing the fight for the safety of girls and women in a respectful way."

However, a number of Liberal party members are calling for her to be disendorsed.

Liberal NSW Treasurer Matt Kean said Deves is not fit for office or aligned with the values of the party. Minister for Women Marise Payne has also refused to endorse the Liberal candidate.

"Political leaders should be condemning the persecution of people based on their gender, not participating in it," said Kean.

There is no place in a mainstream political party for bigotry. Coming out as Trans would be hugely challenging, especially for kids, and political leaders should be condemning the persecution of people based on their gender, not participating in it. https://t.co/3gMymtzvz3

Speaking to News Corp, the treasurer also pointed out the language Deves had used was inappropriate.

"Invoking the Holocaust, one of the worst atrocities in human history, is offensive to those who lost loved ones," he said.

But Morrison is still standing by Deves as a candidate.

"People are trying to silence (Deves), I think people are sick of people trying to cancel people and silence people because they don't agree with them," he told 6PR.

"We just see too much of it these days, so I'm not going to bow to that pressure."

In light of the controversy, Sydney Alex Greenwich has called for MPs and candidates running for election to stop weaponising the lives of transgender and gender diverse people.

Greenwich also said that listening to politicians claim trans people posed a threat to sport and should be excluded, was incredibly damaging.

Shame these two blokes think it’s a fun sport kicking trans youth when they are already down. Words have impact, and the impact of these words is an increase in calls to lifeline (131114), Twenty10, and other mental health and suicide prevention lines supporting trans youth. https://t.co/lxzGAguoR7

"Perrottet has texted Scott his views on this issue and it’s strongly in support of the PM’s position," an insider reportedly told The Australian.

News.com.au later confirmed that Perrottet told colleagues he did not leak the texts.

EXCLUSIVE: NSW Premier Dominic Perrottet sent a text message to Scott Morrison agreeing with his position on women competing against women in sport following the inflammatory intervention of his own Treasurer, Matt Kean, in the federal election campaign. https://t.co/bIK8wqzjs3

In a statement released on Tuesday night, Perrottet said that "girls and women should be free to play sport against girls and women" and there should be a "sensitive" debate about the issue.

"I agree with most fair-minded Australians that girls and women should be free to play sport against girls and women, particularly where there might otherwise be an unfair advantage – it’s a matter of fairness and physiology," he said in the statement, according to news.com.au.

"Clearly these issues have to be debated in a sensitive way at every step, but an insensitively expressed view should never distract us from the merits of the substantive issue."

Politicians have been asked 'what is a woman?'

In a time where the country continues to deal with a pandemic and the ongoing devastation from floods, a number of politicians have been asked one particular 'gotcha' question over the course of the past month: 'what is a woman?'

"Can someone please provide me with a definition of what a woman is?" he asked.

"Department of Health? Definition of a man, definition of a woman? Anyone? Professor Murphy?" Antic continued after the question was met with silence.

Murphy replied saying, "There are obviously biological definitions but there are definitions in terms of how people identify themselves, so we’re happy to provide our working definition on notice."

"It’s not just that a woman was born a woman? This is hilarious," replied Antic. "I’ve only been here two years, that’s the best thing I’ve seen thus far."

And that wasn't the end of it.

3AW's Tom Elliott later asked Prime Minister Scott Morrison what he thought the definition of a woman was.

Morrison said it's a "pretty straightforward" question, defining a woman as "a member of the female sex".

Tom Elliott on 3AW asks Prime Minister Scott Morrison if he can define what a woman is.

"A member of the female sex," he says. "I think that is pretty straightforward."

NSW Premier Dom Perrottet was also asked to weigh in during an interview with 2GB radio host Ben Fordham.

"Do you know what a woman is premier?" Fordham asked.

It was an "obvious answer" Perrottet replied, saying "It's a female adult human being".

How transgender Australians are reacting.

The trans community are one of the most marginalised and vilified groups in Australia.

As conversations around transgender identity continue, members of the community have called out leaders for politicising and weaponising trans lives, saying it can severely impact mental health.

"It is cruel and unnecessary to turn trans and gender diverse people's lives into election campaign fodder," Mama Alto, CEO of Transgender Victoria, said in a statement.

"Political and media conversations which demonise and sensationalise trans and gender diverse people, and which encourage our exclusion, have a severe impact as a driver to poor mental health outcomes in our communities. It's unacceptable at a time when government expresses they are more than ever committed to reducing mental health and suicide."

"Ultimately, we are talking about severe impacts on health and wellbeing - this is about how being used as a political football, a fear mongering campaign tactic, actually costs lives."

Equality Australia has also released an open letter, calling all political parties and candidates to treat LGBTIQ+ people with dignity and "to campaign in a way that does not undermine our community’s health and wellbeing".

"Debating the lives of LGBTIQ+ people or their right to equality only serves to further marginalise people. It increases disadvantage and distress and drives negative mental health outcomes amongst some of the most vulnerable in our community," the letter reads.

"We call on all candidates and parties to reject any attempts to divide us and commit to treating all people with the dignity and respect they deserve."

Sign and share the open letter to candidates calling on them to raise the standard of debate this election. #EqualityVoteshttps://t.co/aiWNuHiXcy