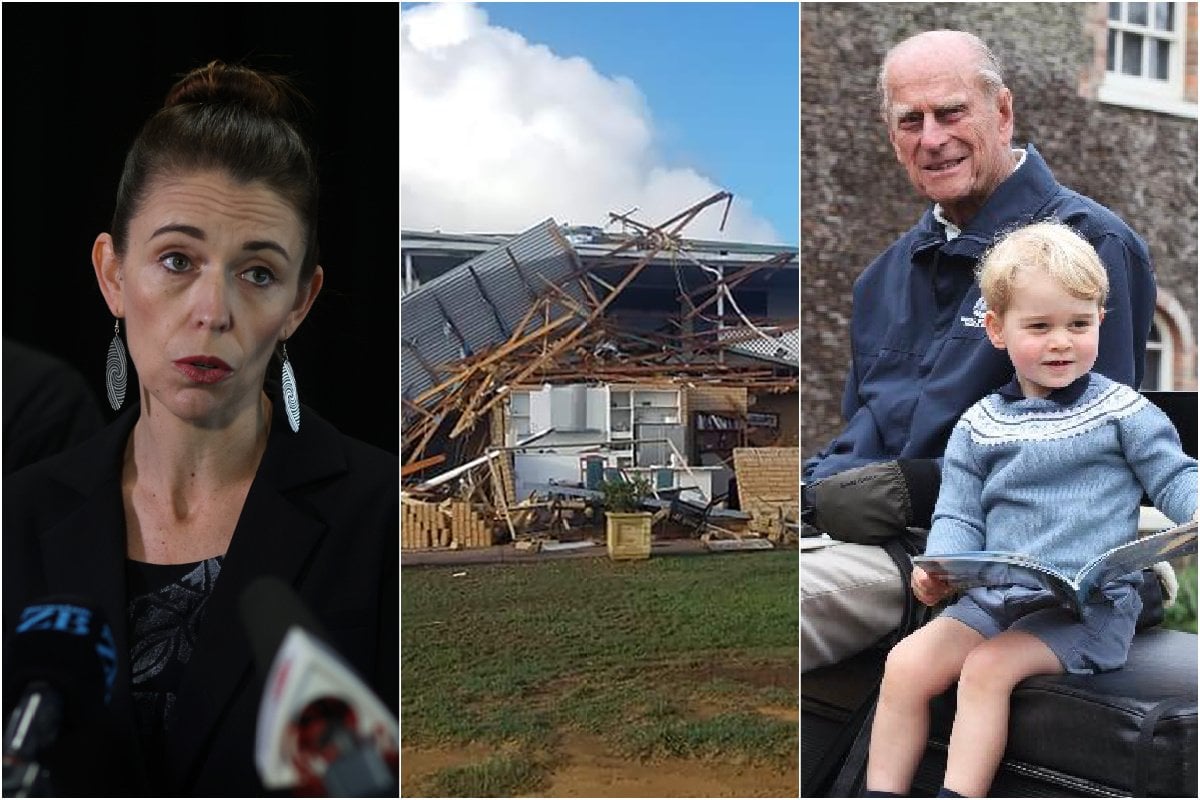 New Zealand's latest cluster of COVID-19 has grown to three but Australian officials have so far held off making any changes to border arrangements.

By Monday, two further cases - a security worker and a cleaner - were unearthed, with genome sequencing showing links to the original case and a recent returnee at the facility.

Another New Zealand quarantine worker at the Grand Millennium hotel in Auckland has tested positive to the coronavirus, bringing the number of cases linked to the cluster to three.https://t.co/lmXSRrsMAp

Prime Minister Jacinda Ardern has downplayed the risk of an outbreak, saying the new cases had already isolated.

Ms Ardern told 1News she and the Director General of Health Ashley Bloomfield were "not anxious".

"It's someone we already identified, so that's always heartening," she said.

"As they are a close contact ... they were already in isolation."

While a small number of community cases previously prompted Australia to pause quarantine-free travel from New Zealand, on this occasion it has not done so.

The country that's nearly completed its vaccinations in 16 days.

When plotted on a graph, the curve of Bhutan's COVID-19 vaccination drive shoots upwards from the very first day, surging past Israel, the United States, Bahrain and other countries known for vaccinating people rapidly.

Those countries took months to reach where they are, painstakingly strengthening their vaccination campaigns in the face of rising coronavirus cases.

But the story of Bhutan's vaccination campaign is nearly finished - just 16 days after it began.

Bhutan, with only 37 doctors, vaccinates 470,000 people in 9 days https://t.co/T7mwBNwJpx pic.twitter.com/nrgGJfPhRd

The tiny Himalayan kingdom wedged between India and China has vaccinated nearly 93 per cent of its adult population since March 27.

The rapid rollout of the vaccine puts the tiny nation just behind the Seychelles, which has given jabs to 66 per cent of its population of nearly 100,000 people.

Bhutan has recorded 910 infections and one COVID-19 death so far. It has a mandatory 21-day quarantine for all people arriving in the country.

Johnson & Johnson will not be part of Australia's vaccine rollout.

Johnson & Johnson's one-dose vaccine will not be part of Australia's vaccine rollout, after the federal government confirmed it would not purchased any doses from the company.

The Morrison government had been in talks with the global pharmaceutical giant, but the vaccine is based on similar technology to the AstraZeneca vaccine - the rollout of which has been stymied by the discovery of a link to rare but serious blood clots.

The Federal Government has ruled out buying the Johnson & Johnson COVID-19 vaccine, believing it is too similar to the AstraZeneca jab.

Scott Morrison maintains the majority of Australians will be immunised by the end of the year. #9Today pic.twitter.com/sW532jR2KG

A spokesperson for Health Minister Greg Hunt said those similarities were the reason the federal government had decided against pursuing the option any further.

It is being widely used in America's current vaccine rollout.

Australia has deals in place with Pfizer, AstraZeneca and Novavax, but the Novavax vaccine is yet to be approved.

Western Australia's premier is set to inspect the damage inflicted by Tropical Cyclone Seroja amid fears hundreds of properties could be lost.

No deaths or major injuries have been recorded as a result of the cyclone which tore across WA's mid-west coast on Sunday night.

Much of the carnage was concentrated in popular tourist spot Kalbarri, 580km north of Perth and home to about 1400 people.

The West Australian town of Kalbarri has suffered widespread damage in the wake of ex-tropical cyclone Seroja, which tore across the midwest coast overnight.https://t.co/9sok6Ijs4J

Premier Mark McGowan will on Tuesday visit Kalbarri, where up to 70 per cent of properties are thought to have been damaged.

About 40 per cent of those properties are believed to have sustained major damage including total loss.

"This has been a pretty dramatic and devastating event for many families and many people in the community and it'll be ongoing now for some weeks, potentially months," Mr McGowan said.

"I just urge everyone to be patient and be understanding." 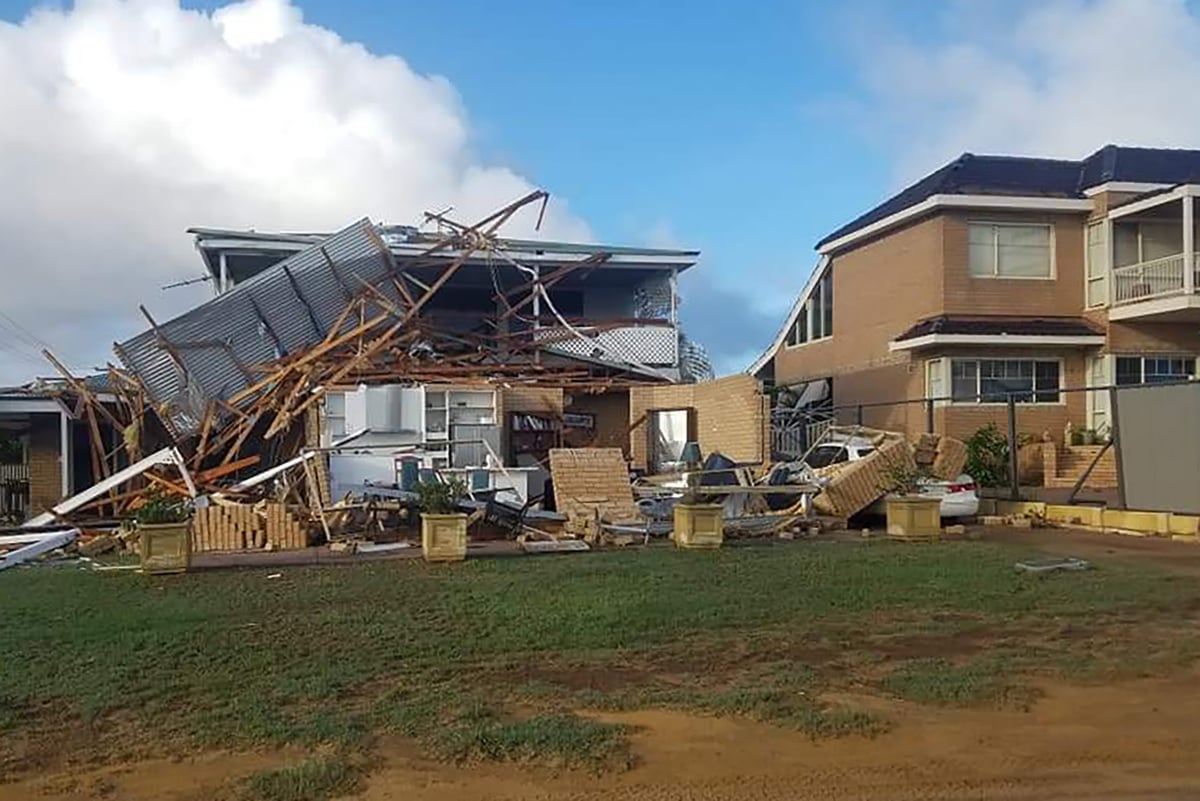 Seroja made landfall south of Kalbarri about 8pm on Sunday as a category three storm with wind gusts up to 170km/h.

It has since been downgraded to a tropical low and has moved offshore from WA's south coast.

Princes William and Harry have paid tribute to their grandfather Prince Philip, remembering his wit, sense of duty and barbecue skills.

The brothers issued separate statements amid a family rift that led to Harry's decision to step away from royal duties last year and some have speculated that their grandfather's funeral may offer an opportunity for them to talk over their differences.

Philip, who had been married to Queen Elizabeth for more than seven decades, died last week at 99.

William, who is second in line to the throne, honoured Philip's lifetime of service to the Queen and the United Kingdom as he remembered his grandfather's "mischievous sense of humour".

"Catherine and I will continue to do what he would have wanted and will support the Queen in the years ahead. I will miss my Grandpa but I know he would want us to get on with the job."

Harry, who stepped away from royal duties last year and now lives in the US, has arrived in the UK to attend Philip's funeral service, which will take place on Saturday at Windsor Castle, west of London.

Harry's statement described Philip as a man who was "authentically himself".

"He will be remembered as the longest reigning consort to the Monarch, a decorated serviceman, a Prince and a Duke," the 36-year-old Harry said.

"But to me, like many of you who have lost a loved one or grandparent over the pain of this past year, he was my grandpa: master of the barbecue, legend of banter and cheeky right 'til the end."

Nine South Australian districts have severe bushfire warnings in place as a burst of warm and windy weather increases the fire risk.

The Bureau of Meteorology says the remnants of tropical cyclone Seroja will be captured by a cold front moving across the state from the west.

That could bring wind gusts of up to 90km/h for a brief period on Tuesday with raised dust also expected ahead of cooler weather from Wednesday.

The Country Fire Service says those districts most at risk of fires include the west coast, the Yorke and Eyre peninsulas, Kangaroo Island, the Adelaide Hills and the southeast, where total fire bans are in place.

Temperatures will climb into the mid-30s in some regional centres while Adelaide is forecast to have a top of 26C.

A bulk ore carrier has been blocked from berthing in Western Australia after a crew member contracted COVID-19 and was hospitalised.

The man in his 50s became unwell last week while aboard the Aqua Genie vessel in Commonwealth waters off the coast of Karratha.

A boat was sent to retrieve the man, who is described as being "quite unwell", and he was taken to Karratha Health Campus overnight.

#BREAKING: A crew member on-board a ship off the West Australian coast has tested positive for COVID-19 and has been taken to the mainland for treatment. https://t.co/bYO9ur3mEw

Premier Mark McGowan said the man was expected to be flown to Perth later on Monday then taken by ambulance to a dedicated isolation ward.

He said the ship's captain had communicated that none of the remaining 20 crew aboard the ship were unwell.

Minority shareholders have reportedly been kept in the dark about Seven West Media lending $1.87 million in company funds to executive Roberts-Smith, who is the Queensland manager of the company.

Under Australian corporate law, the resources of a public company must only be used in the best interests of the shareholders of the company as a whole.

WHO says pandemic 'a long way from over'.

Confusion and complacency in addressing COVID-19 means the pandemic is a long way from over but it can be brought under control in months with proven public health measures, WHO Director-General Tedros Adhanom Ghebreyesus says.

So far 780 million vaccines have been administered globally but measures including wearing masks and maintaining physical distancing must be applied to reverse the trajectory.

"We too want to see societies and economies reopening, and travel and trade resuming," Tedros told a news briefing.

Coronavirus pandemic 'a long way from over', WHO's Tedros says https://t.co/Kh33ANWaIu pic.twitter.com/6hqnO80AdH

"But right now, intensive care units in many countries are overflowing and people are dying - and it's totally avoidable."

"The COVID-19 pandemic is a long way from over. But we have many reasons for optimism. The decline in cases and deaths during the first two months of the year shows that this virus and its variants can be stopped," he added.

Transmission was being driven by "confusion, complacency and inconsistency in public health measures".

India has overtaken Brazil to become the country with the second highest number of infections worldwide after the US as it battles a massive second wave, having given about 105 million vaccine doses among a population of 1.4 billion.

Sexually transmitted infections are growing at a faster rate among older Australian women compared to their younger counterparts, researchers have found.

National records of chlamydia, gonorrhoea and syphilis diagnoses between 2000 and 2018 have revealed that infection rates have had the biggest rise among 55 to 74-year-old females.

While infections are still low compared to females in their teens, 20s and early 30s, the results show the issue also needs to be monitored among women in older groups, the University of Melbourne study said.

"There is an assumption that older adults are not sexually active or people might be thinking they might be sexually active with a long term partner, and they're not thinking about new partners," Ms Bourchier told AAP.

Older adults may not perceive themselves at risk of STIs and in general are not as informed as younger people, the study said. Post-menopausal women might be less concerned about condom use because they don't have to worry about unplanned pregnancy.

Ms Bourchier also suggested a link with some of the attitudes common among people classed as baby boomers.

"The baby boomer generation came of age with access to the contraceptive pill and before the HIV crisis of the 1980s so it was a period of relative sexual liberalism," Ms Bourchier said.

"It's likely that those people are taking those attitudes into their older years."

- After three months of lockdown, people have queued outside retailers hoping to take advantage of shops, pubs, hairdressers and cafes as England's COVID-19 restrictions ease.

- British soccer, rugby and horse racing events have been rescheduled to avoid clashing with the funeral of Prince Philip on the weekend.