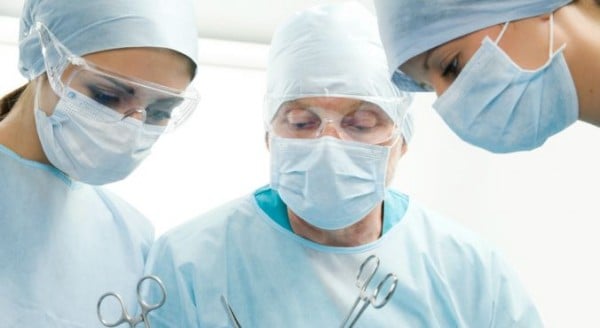 (Image via iStock.) By: Kimberley Ivory, University of Sydney.

An independent report commissioned by the Royal Australasian College of Surgeons (RACS) released yesterday has found bullying, sexual harassment and discrimination are commonplace in the culture of surgeons. Apologising and committing to genuine action to address the “toxic culture” is a positive step, but the actual detox will require more radical surgery to some deeply held beliefs and a transplant of new attitudes about who is, and what it is to be, a doctor.

After reading news of the report in the morning, I found myself later in the day listening to a second-year medical student – let’s call her Jessica – describe the humiliating bedside teaching methods of a female clinician she’s nicknamed “The Trunchbull”*. She said:

The most offensive part was that this all occurred in front of patients. You could even see the looks on the patients’ faces, willing us to get the questions right, as they knew the humiliation that was to ensue.

We already know that 74% of Jessica’s peers have had similar experiences. And we now know that if her training leads her down the surgical path, there’s a 58% chance Jessica will continue to be bullied and a 30% chance she will be sexually abused or assaulted. This figure is tragically in line with the 33% chance of such abuse described in earlier studies.

And we know that if Jessica chooses to take action against her tormentors, she faces a 30% chance it will continue unabated.

The events of this year have left no doubt the culture of medical training in Australia is toxic. That toxicity is killing doctors and it’s killing patients.

The release of the RACS report was accompanied by contrition and an apology from the college about its own part in enabling this “toxic culture” to flourish. But demanding cultural change is one thing. Achieving it is quite another. (Post continues after video).

The college should be congratulated for taking the essential first step towards cultural change: acknowledging the existence and scope of the problem. They’ve also identified that there are still some surgeons who don’t believe these problems exist.

This mirrors much of the commentary of denial and victim-blaming around this issue in recent months. The deniers say, “It didn’t happen to me, therefore it doesn’t happen.” The victim-blamers suggest trainees are “whingers” and need to toughen up, or that they’re using their “feminine wiles” to get ahead.

Despite accepting all the report’s recommendations unequivocally, the next step for the RACS is much harder. It requires not just a new willingness to hold surgeons to account against revised policies and procedures, but also a frank scrutiny of the culture itself, especially its institutionalised norms and privileges. (Post continues after gallery.)

There’s a disturbing similarity between the statistics about negative health outcomes and experiences of abuse in medicine to those seen in other populations that experience high levels of social exclusion. Two notable examples are Indigenous Australians and people from sexual and gender minorities. Social exclusion – the negative consequence of stigma and discrimination – causes mental distress, substance abuse, reduced access to health care and poorer health outcomes.

Surely doctors, especially surgeons, are not a marginalised or stigmatised group? They’re revered, trusted and highly valued by society.

Actually, what matters most within a culture is not how doctors are perceived by society, but how they perceive each other. And within the society of doctors, not all doctors are equal.

Medicine today is a complex, increasingly diverse, but still very hierarchical culture. But as recently as the mid-20th century, it was much more mono-cultural: predominantly white, Caucasian, affluent, heterosexual and male. That is no longer the case.

In 2012, three out of five employed doctors were men, but the number of women graduating is increasing at a greater rate than men. By 2025, 42% of the medical workforce will be female. About one-third of doctors received their original qualification in a country other than Australia and the average age of Australian doctors was 46.

Surgeons have traditionally been a male-dominated ‘in group’ with privilege and power – and a vested interest in keeping it that way.

But despite their significant numbers at graduation, women still make up only about 25% of the specialist workforce and only 24% of those are in surgical specialities. Even with increasing diversity, the dominant medical culture in Australia remains skewed against the young, the female and the foreign.

The nature of privilege

To understand how a privileged group can be marginalised, we first have to understand privilege: the advantages available to members of the dominant group, such as resources and power, that are not available to others. To an outsider, that would look like all doctors. But insiders know “some doctors are more equal than others”.

Doctors are an “in group”. Within “in groups”, we recognise other members as being diverse individuals, but we also measure them against their conformity with the dominant cultural norms of the group. Younger women and people with diverse identities, in particular, risk falling short of the prevailing standard despite their medical competency.

Privilege is often invisible to those who have it and they have a vested interest in keeping it that way. It’s invisible because it constitutes what the group deems as “normal” or “ordinary” – and so it remains unexamined. Those who have it are often unable to see that others do not, or blame those who do not as somehow deficient or to blame for their situation rather than critically examining their own.

Once privilege is established, it’s not even necessary for individuals to actively oppress others. The institutionalisation of cultural norms effectively reinforces the exclusion of non-conformers and also makes it difficult for them to challenge their oppressors.

Medicine is not alone among Australian workplaces in its experience of bullying and harassment, but the stakes are higher there. Students like Jessica fail to learn, individual competency and work performance are affected, team morale declines and ultimately patient safety is threatened.

The time for talking is over. The results are in. Yes, the problem is real. The authors of the RACS report note:

Long-established traditions that have been inherited and have normalised unprofessional, and sometimes illegal, behaviours must be relinquished … Everyone involved in the practice of surgery … has a role in leading the way.

The process of change will be similarly slow and as painful as breaking down the institutionalised discrimination against Indigenous and sexual and gender minority people. But it will happen. In the meantime, none of us – neither doctors, other health workers, nor patients – can remain silent or pretend to be innocent bystanders.

This article was originally published on The Conversation. Read the original article here.