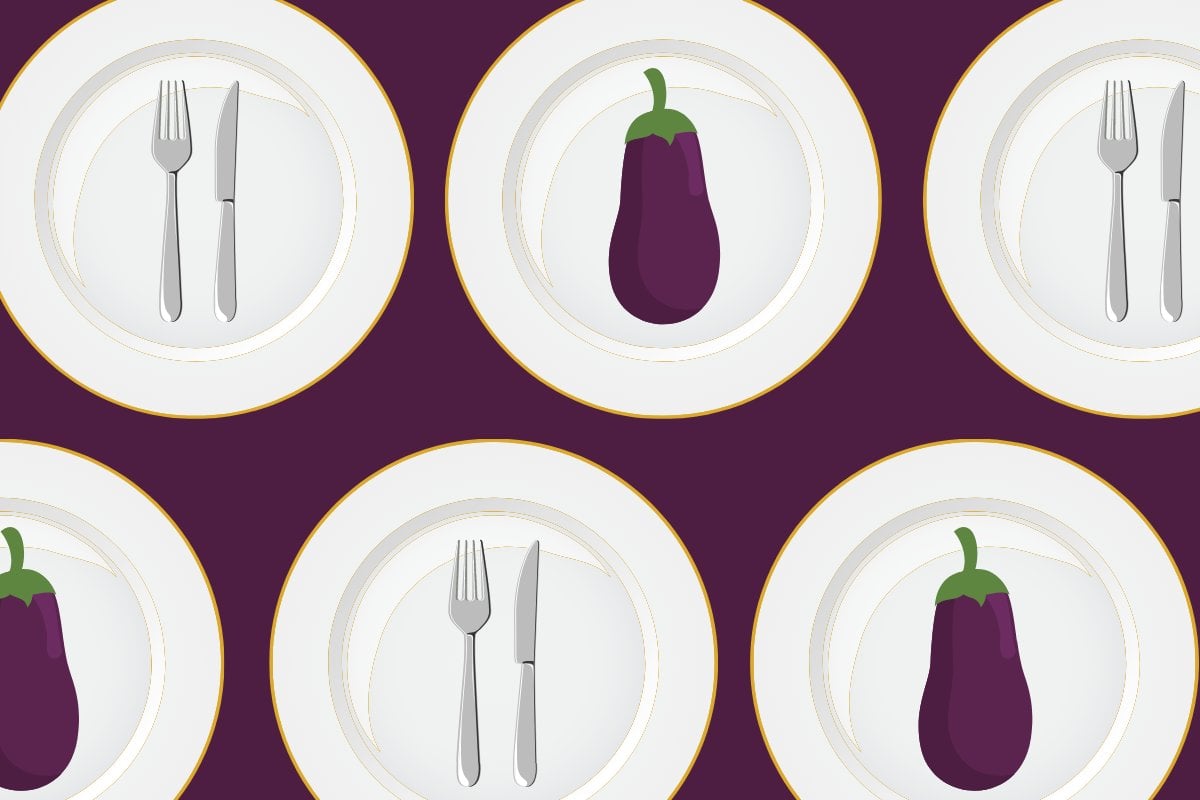 If you’ve been perusing the internet today, it’s likely you would have stumbled upon a somewhat viral article on The Cut talking about, well, whether it’s possible to be too physically full to… f**k.

Yep, it discusses less of the ~science~ behind the imposition and more about the gross, don’t-touch-me-with-a-barge-pole post-dinner feeling that the author regularly gets. And the potentially problematic statement that has captured a bucket load of attention was this:

Now watch Mamamia Confessions about the weirdest dates the team have ever been on. Post continues after video.

While the article had a few questionable sentiments, it did get us thinking: How many hetero women are dealing with this?

Is it common that women are avoiding pudding on the premise that there may be a potential penis on the menu? Does everyone else go ham at an all-you-can-eat buffet knowing full well that it rules out a bonk later? Is it physically possible to be too full to fancy a f**k?

If I had to choose between being full of food or full of d*ck, I know which one will always win. FOOD! It's ironic though because the times that you usually want to get jiggy with it (Christmas, birthdays etc.) are also the times you want to eat the most food...

Also, this is not about what you look like, this is just about feeling unwell and just wanting to nap after eating food.

As a single lady who doesn't necessarily have sex on tap: if you've just eaten a massive meal out or a giant take away and then one of your 'friends' calls, you have to just roll with it. I've definitely had sex after eating entire pizzas.

For my fiancé's birthday last year I booked a fancy restaurant in Sydney; we had 3 gorgeous courses including pasta and dessert. Then we went for a romantic stroll and headed home, where we proceeded to shower and go to sleep. The end. I think we put too much expectation on ourselves to get sexy after a romantic dinner. I no longer buy into that; I let it happen way more sporadically.

Listen to Overshare, where the hosts discuss why you probably shouldn't have sex with a grapefruit. Post continues after podcast.

Okay, so I thought this was just... me. I get super bloated and feel heavy and lazy and can't think of anything worse than having sex after a big meal. I've always wondered how they do it in movies and stuff. It can feel like someone is poking you in a very full stomach which isn't... pleasant??

I am always down for the d*ck but my partner, despite being severely lactose intolerant, smashes a bloody tub or two of ice-cream every night, so my nighttime sex life is non-existent.

I CAN’T do sex after a big meal. I get tired and feel gross, to the point where I will make sure we eat quite early or have a lighter meal. Or just don’t have sex. It makes me feel sick just thinking about it.

My husband literally just turned me down because he KFC binged and can't even.

But honestly, who wants to get physical on a full stomach? It's a workout in itself, no one needs to do that after downing a big meal.

While you're here, you might as well have a listen to Mia, Holly and Jessie chat about the infamous Canberra sex bubble. Post continues after podcast.

I 100% NEVER have sex on a full stomach. I CANNOT do it. All I think about is the food in my stomach.

When I was first dating my husband, I used to be so tactical about food and literally ate barely anything if we cooked together or went out for dinner because I always expected sex would be on the table most evenings.

So it was either sex avoidance and heaps of food / or food avoidance if the preference was sex.

...Also I just hate being touched or being on top or below anything on a full stomach. Feels so ick.

My sex life is constantly blocked by being too full to f**k. Either by me or him.

And I totally blame the modern working day for taking up the good sex windows. In that respect, working from home has been a blessing.

I have definitely actively suggested a ‘stroll’ after dinner dates that I intend to end with sex. Which does help.

...This will now and forevermore be referred to as the post-dinner-pre-shag stroll.