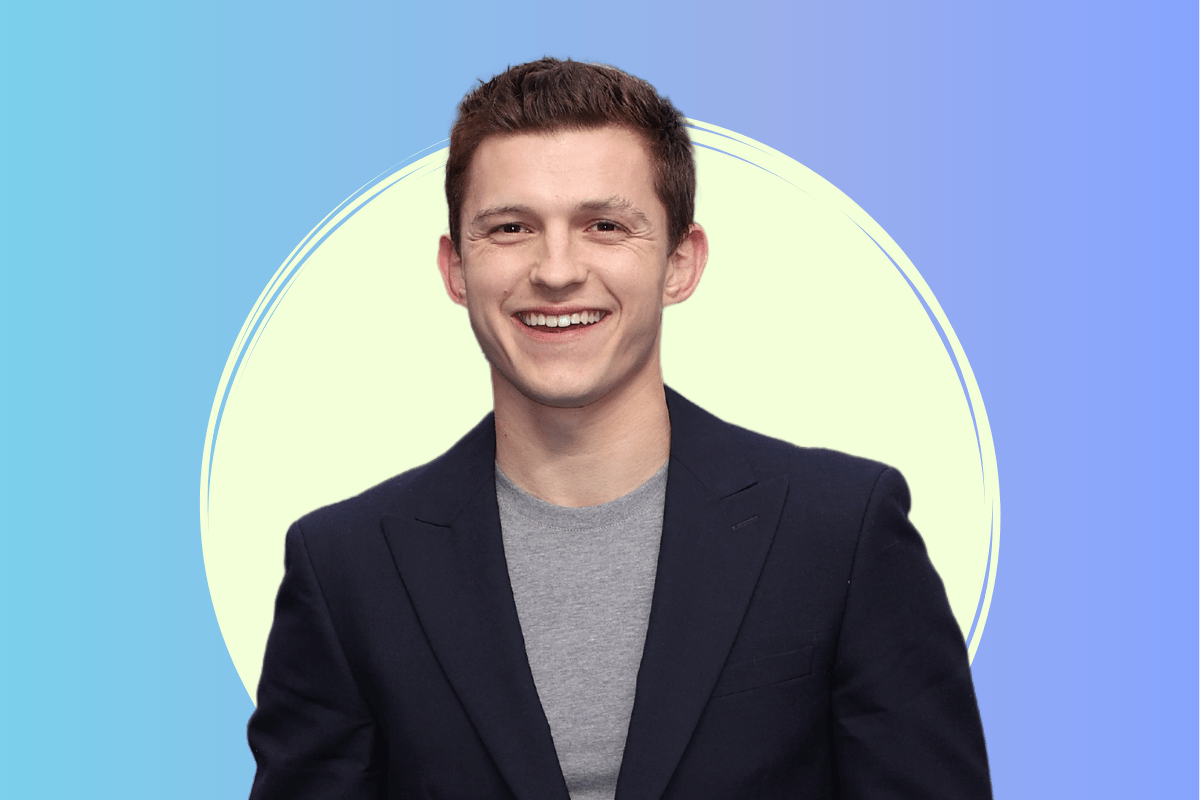 At the tender age of 25, Tom Holland has shot to a level of success many can only dream of.

The British actor is the face of a beloved superhero, has shared a screen with some of Hollywood's biggest names, and is set to appear in a new Spider-Man film alongside his girlfriend, Zendaya.

But despite his skyrocketing success, Holland has considered giving up the Spider-Man mask for good.

Side note. Even celebrities need wingmen. Post continues below.

"Maybe it is time for me to move on. Maybe what’s best for Spider-Man is that they do a Miles Morales film," he shared in a cover story for GQ's Men of the Year issue.

"I have to take Peter Parker into account as well, because he is an important part of my life," he said, before adding, "If I’m playing Spider-Man after I’m 30, I’ve done something wrong."

And it's not just Spider-Man Holland's considered walking away from.

"I definitely don’t think I want to be an actor for the rest of my life," he said.

Instead, he'd be happy living life away from the spotlight.

"I’d be very content with just being a stay-at-home dad, and producing a film here and there," he added.

"Now as I’m getting a little bit older, I’m like, it’s good to have things to work for. Just don’t give 100 per cent of your energy towards it.

Tom Holland's beginnings as an actor.

Before he was the face of Spider-Man, Tom Holland started off as a theatre kid growing up in Kingston upon Thames.

At the age of nine, he was at a dance class when a West End choreographer spotted him and suggested he should audition for Billy Elliot: The Musical. After practicing ballet for two years, Holland eventually landed the role of Billy.

He later took his skills from the stage to the screen, when he scored a role in the 2012 film The Impossible, alongside Ewan McGregor and Naomi Watts.

Next came a small role in TV series Wolf Hall and 2015 film In the Heart of the Sea.

Looking back, Holland credits his creativity to his mum, a photographer, and his father, a stand-up comedian and author.

"It’s nice to have a dad who’s been in the industry for probably over 30 years because he knows all the dos and don’ts and the ins and outs and stuff," he told Zendaya for Interview magazine.

Then, at 18, came the audition of a lifetime. Captain America: Civil War needed a Spider-Man.

As a long-time fan, Holland put his name down for the role and embarked on a seven month long audition process.

He undertook six auditions, filmed five self-tapes, and did a screen test with Robert Downey Jr. and Chris Evans.

"The closer and closer I got, the more I wanted it," he shared.

"In the screen test with Robert Downey Jr., they brought me into the room and I met him. I was so nervous. In my head, I thought, 'Wow, you look really weird in person. You don’t look like you do on screen.' I found out later that I met his stand-in. I basically got my nerves out on his stand-in and then met him.

"Then my screen test with Chris Evans was a movement test. I was like, 'Shall I do a backflip?' And all the Sony guys were like, 'Can you do a backflip?' 'F***, yeah. I’ve been sending you videos for the last five months of me doing a backflip. How do you not know this?'" 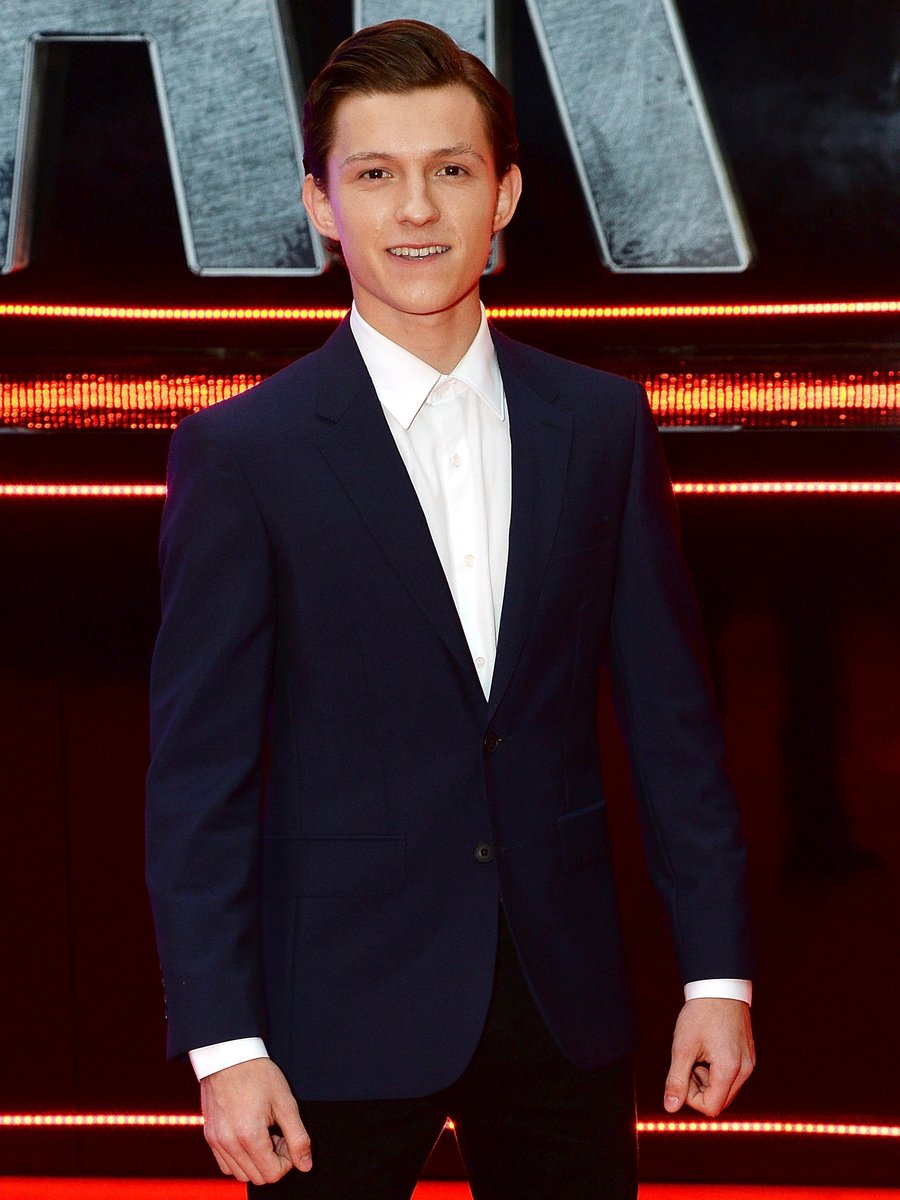 Tom Holland at the premiere of Captain America: Civil War in London in 2016. Image: Getty. But Holland didn't get the role straight away. In fact, he had to wait weeks before he received a phone call from president of Marvel Studios Kevin Feige.

"The thing that killed me was the waiting. Even after my self-tapes, they would call me up and be like, 'We’re going to let you know tomorrow.' Six auditions later, still nothing," he told the publication.

"Eventually, one day I was sitting on my bed with my dog just scrolling through Instagram, and there it was. It said, 'Go to our website and check out who the new Spider-Man is.' And I did. It said my name. I went crazy. My poor dog had a fit. I ran downstairs, told my family.

Six years on from landing the role, Holland is set to appear in Spider-Man: No Way Home when it's released next month.

However, he told GQ that the film is currently the last on his Spider-Man contract.

"The last six years of my life, I always had a job to go to. It’s kind of terrifying, but it’s also really exciting."

Fans will also get to see Holland in the 2022 film Uncharted, which is currently in post-production.

Outside of his career, the actor is happily dating his co-star Zendaya.

The pair made headlines when paparazzi photos of them kissing in a car went viral in July this year.

"One of the downsides of our fame is that privacy isn't really in our control anymore, and a moment that you think is between two people that love each other very much is now a moment that is shared with the entire world," he told the publication.

"I’ve always been really adamant to keep my private life private, because I share so much of my life with the world anyway," he added.