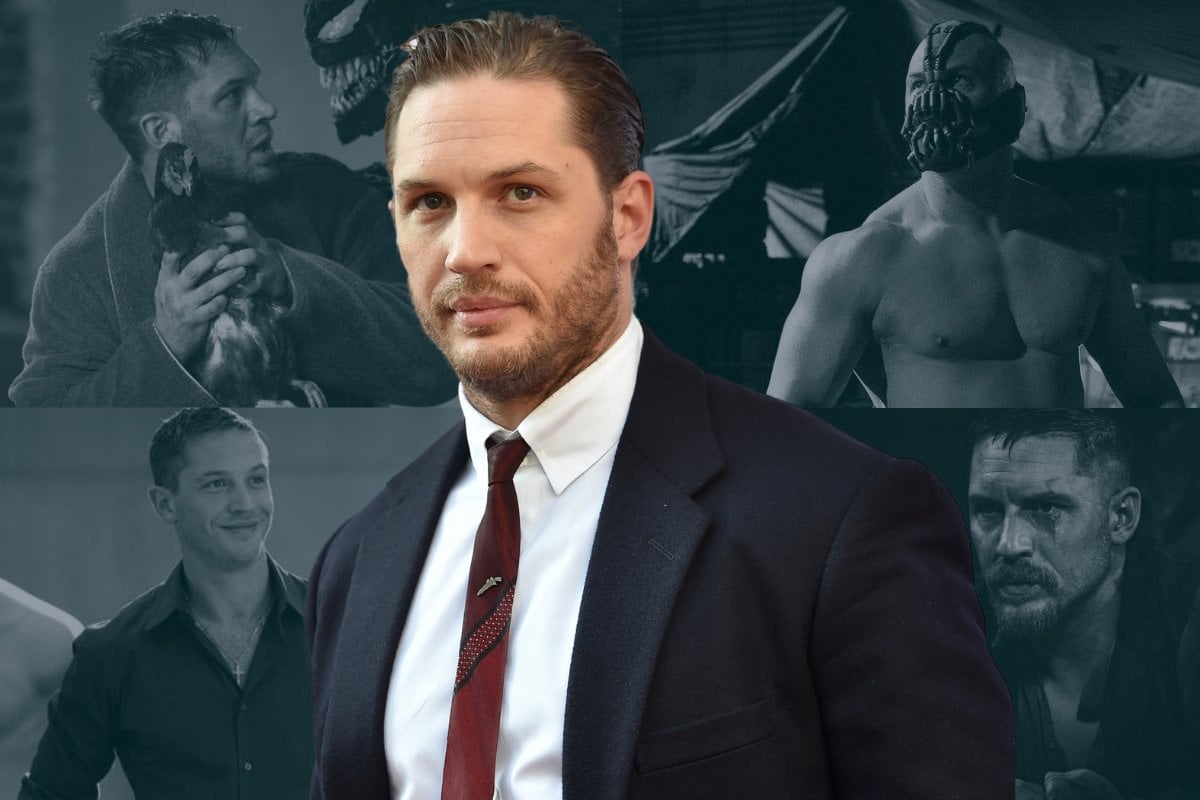 This post deal with drug and alcohol addiction, and could be triggering for some readers.

Tom Hardy knows he can undo everything he's worked so hard for in an instant.

Despite being sober since 2003, the actor - who's currently starring in the new Marvel blockbuster Venom: Let There Be Carnage - knows that one night of drinking could destroy it all.

"What I have is indiscriminate, like a bullet. If you are an alcoholic, that is what you are," Hardy told The Mirror in 2014.

"If I had four pints of lager and half a bottle of vodka, I could turn this room into an absolute f**king nightmare in about three minutes. I could destroy everything in my life I have worked so hard for."

Watch the trailer for Venom: Let There Be Carnage. Post continues after video.

Before addiction and a redemption story, Hardy has described his childhood as "painfully middle class".

Tom Hardy grew up in South-West London and was the only son of Edward "Chips" Hardy, an advertising executive, and Anne Hardy, an artist. His rebellion started at an early age.

Hardy was 13 when he tried drugs and alcohol for the first time. According to The Mirror, he considered hallucinogens "fun and games".

At 15, he and a friend were caught joyriding in a stolen Mercedes with a gun; later explaining the only reason they didn't go to jail was because his friend was a British diplomat's son.

He was expelled from boarding school for stealing, and at 16, he tried crack cocaine - the drug which governed his life until his mid-20s.

"Before 25, for me, I don’t remember anything. I genuinely used to be a drinker. A proper one. I wasn’t playing around," he told The Interview.

Despite it all, Hardy was able to hide his habits. In 1998, at age 20, he entered a modeling contest and won, earning him a contract with a modeling agency.

He then turned to acting, telling The Mirror: "I wanted my dad to be proud of me, and I fell into acting because there wasn’t anything else I could do." 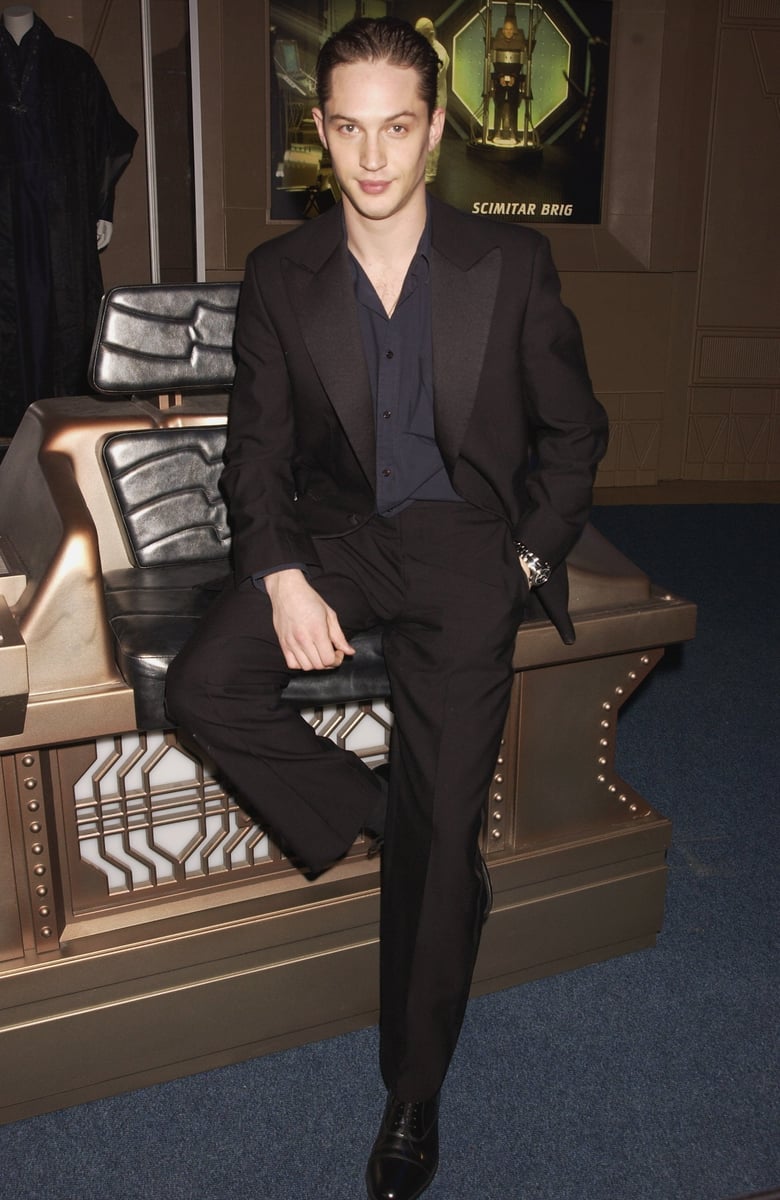 After two attempts, Hardy got into the Drama Centre in London and studied method acting, before landing his first role, playing Private John Janovec in the BBC miniseries Band of Brothers, followed by his film debut in Black Hawk Down.

As Hardy's career took off, his addiction continued, until one life-changing moment in 2003 when he woke up in the middle of a London street in a puddle of blood and vomit. It was then he checked himself into rehab.

"I went in thinking I’d do it for a little bit until I can go out and drink and people forgive me. But I did my 28 days, and after listening to people who had been through similar circumstances, I realised I did have a problem," he told The Mirror.

He's been clean ever since.

He's also starred in TV shows including Peaky Blinders and Taboo, which he co-created with his father. 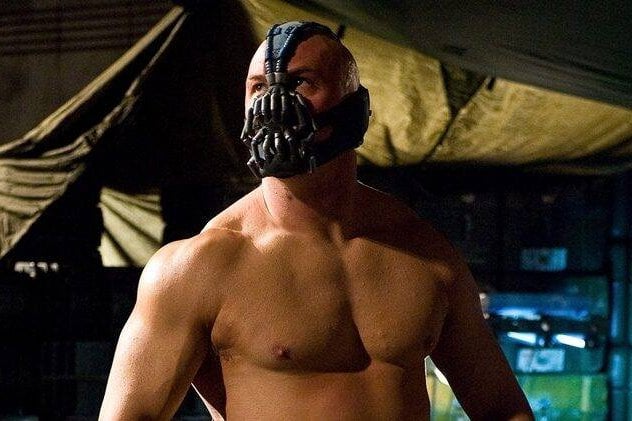 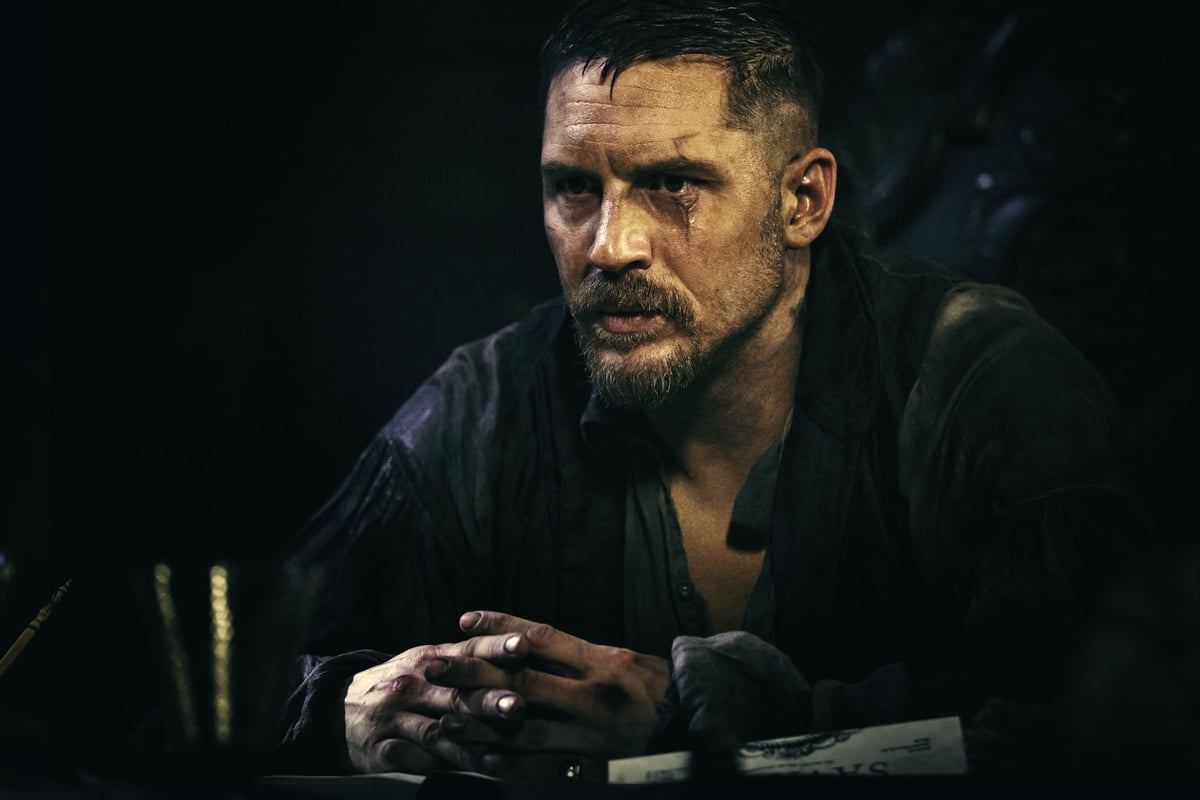 Now, playing journalist Eddie Brock who shares his body with a villainous parasite in the Venom films, Hardy has found his past addiction is something that helps with his character.

"It’s like acting out mental illness in some aspects of which I have a fair understanding, having had a certain amount of mental health problems of my own, which are relevant being an addict. So I might as well f**king use it," he told Esquire in 2018.

Hardy has also admitted that work has become his replacement addiction.

"Sometimes it’s like drinking the next beer, I will do the next film and the next, keep going, keep going," he said in an interview with the Prince's Trust.

"If I stop working, they might take it away from me. People will say, 'Tommy you’re doing well' and I say, 'Am I?'

"I love what I do, but it’s driven by a fear of not being able to do it. It’s the same with drinking – if I stop then who am I? What have I got?" 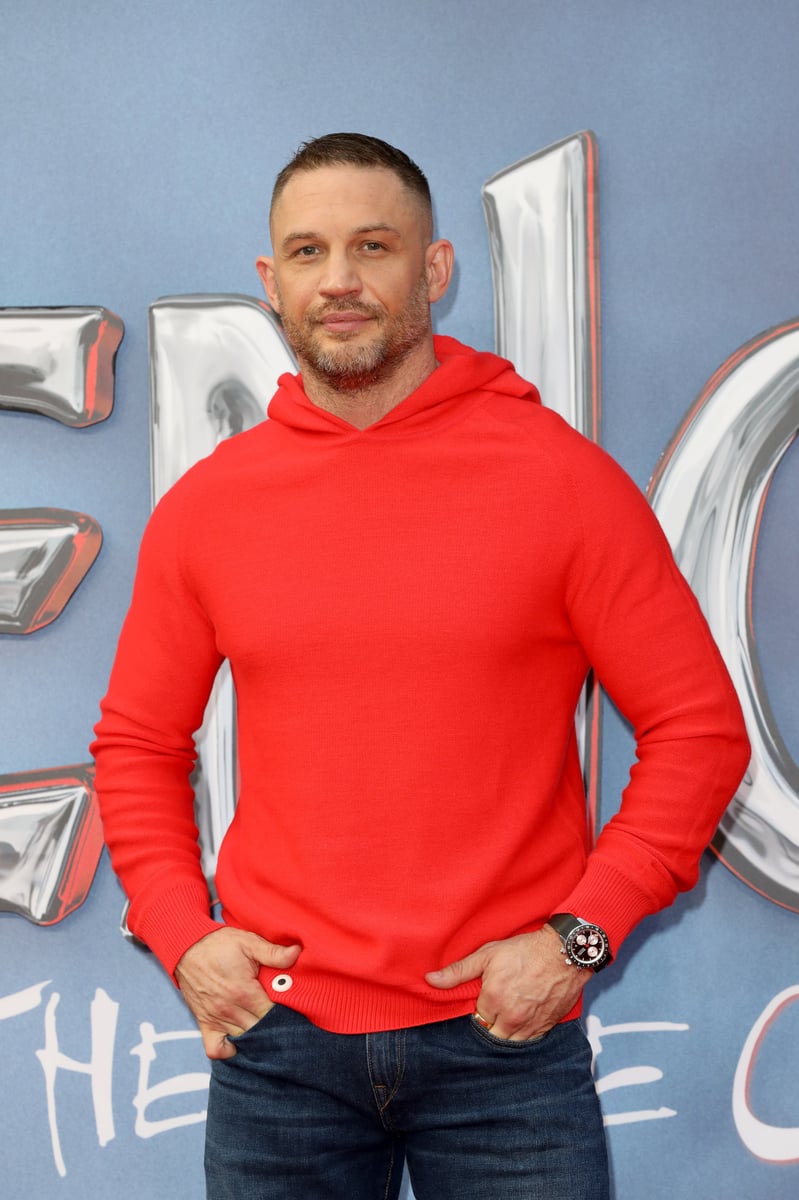 Tom Hardy at the Venom: Let There Be Carnage premiere. Image: Getty.

Personally, Hardy's had to work on his relationships just like his career and sobriety.

In 1999, he got married to Scottish actress Sarah Ward, but the couple divorced five years later (soon after he went to rehab). Then he was in a five-year-long relationship with assistant director Rachael Speed, with whom he welcomed his first son, Louis.

Since 2009, Hardy, now 44, has been with actor Charlotte Riley, who he met on the set of the TV movie adaptation of Wuthering Heights. The couple - who got married quietly in 2014 - have two children, however, they have never shared names or photographs of them. 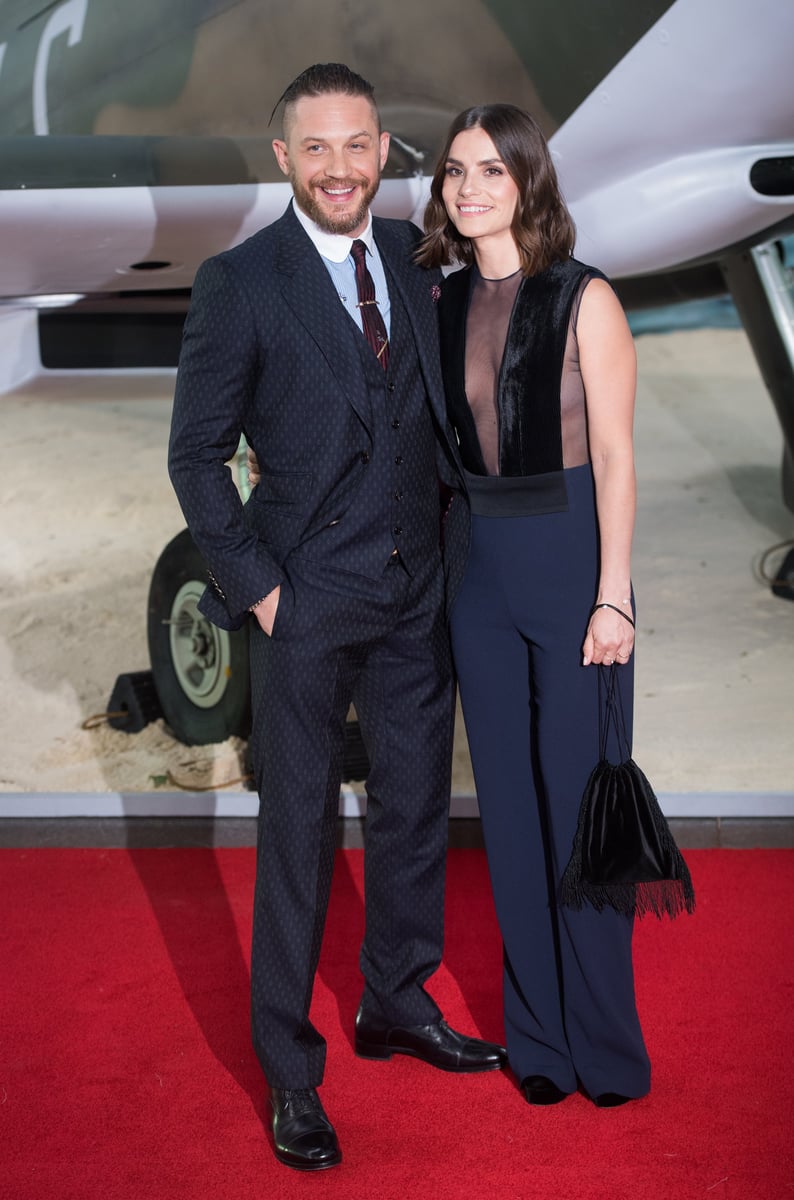 He's said becoming the best version of himself has "taken being someone’s dad, being divorced, going to rehab, having mortgages, playing different characters, doing theatre, waiting, and then it not happening."

But he knows that it's always something he will have to work on.

"I'm an addict and alcoholic, so I have my ups and downs, and my head is a bit wonky," he said during an interview with the Prince's Trust.

"So I have to look after that."