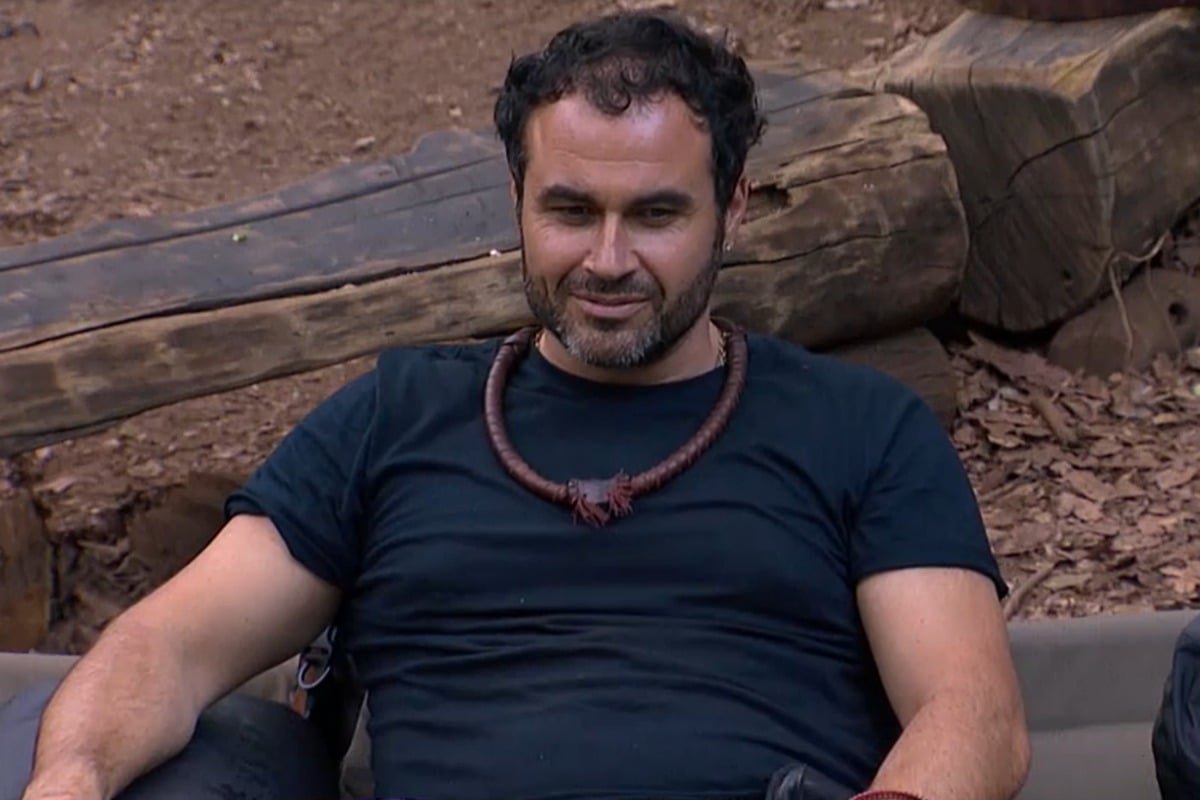 Miguel Maestre has fiercely defended his Living Room co-host Amanda Keller on I’m A Celebrity… Get Me Out Of Here!

On last night’s episode of the reality show, the celebrity chef shared his thoughts on Tom Gleeson’s controversial Gold Logie win while speaking to a handful of his campmates.

“I think Amanda deserved that Gold Logie,” the 40-year-old said.

“I understand the whole point of being funny and comedy, but I think that people in TV, it should be okay to want to win an award when they have been working all of their life in the craft,” he continued.

“Amanda Keller is the best in her game in radio, TV, acting and whatever she wants to do, she can do.”

Fellow comedian Dilruk Jayasinha chimed in, adding: “I think that’s his point, was that he wasn’t the best candidate to win it, but that he just ran a good campaign. That’s the whole point he was parodying the whole idea of the award.”

“I don’t like people bringing other people down to make fun. I think that’s not that smart… and that’s his game, that’s what he does, fantastic. I don’t really care much,” he added.

On Twitter, Keller responded to Maestre’s comments, writing: “I love his support! What a pal.”

I love his support! What a pal. Ak xxxx

In the lead up to the Logie Awards, Gleeson, comedian and host of Hard Quiz, ran a campaign in order to win the Gold Logie. Along the way, Gleeson often took aim at his fellow nominees in his campaign – including Amanda Keller.

“Just because all of you want it and I’ve got it, don’t get angry with me. It’s all right, you’ll all survive. It’s a shame this is the last Gold Logie that’s ever going to be handed out – according to Grant Denyer, I’ve ruined the Logies. But at least I won this all by myself,” he said.

Amanda Keller speaks to Mamamia’s Mia Freedman on No Filter. Post continues below.

Speaking to Mamamia’s No Filter podcast ahead of the awards in 2019, Amanda Keller shared her thoughts on Tom Gleeson’s Logie campaign antics.

“It’s a funny night – it’s a long night. People have always laughed at the Logies. But at the same time, they are all we have for television awards,” Keller told Mamamia.

“If you’re a Gold Logie nominee in the new world, you’ve got to be quite robust I think,” she said.

“They now have voting that opens up the week before [the awards] and doesn’t close until the end of the red carpet, so the winner is a surprise now but what that means is that it has almost turned it into a political campaign,” Keller added.

“That last week is hard yakka. It’s not for the faint-hearted. It’s a real privilege to be nominated, but it’s so hard.

Ha, okay. Doing a lot of whinging about it for someone who doesn't care much. I don't know if anyone cares more, except maybe Amanda Keller and Grant Denyer.

I mean, Tom presumably worked hard to win the award too, he's a writer and producer on Hard Quiz, as well as the presenter. And he's been doing stand up for years, too. I can't believe people are still going on about this.

And he's so good too. I think he deserved the award personally.