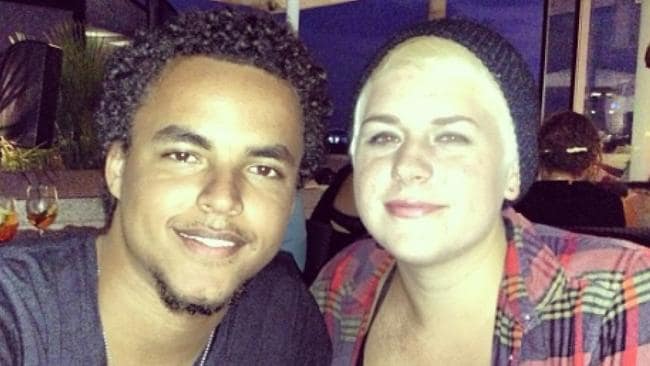 On Wednesday, Connor Cruise posted a selfie to his Instagram stories with the caption, 'new face, who dis?'

The 26-year-old - who usually has longer hair and often documents his love of fishing - is the only son of Tom Cruise and Nicole Kidman. 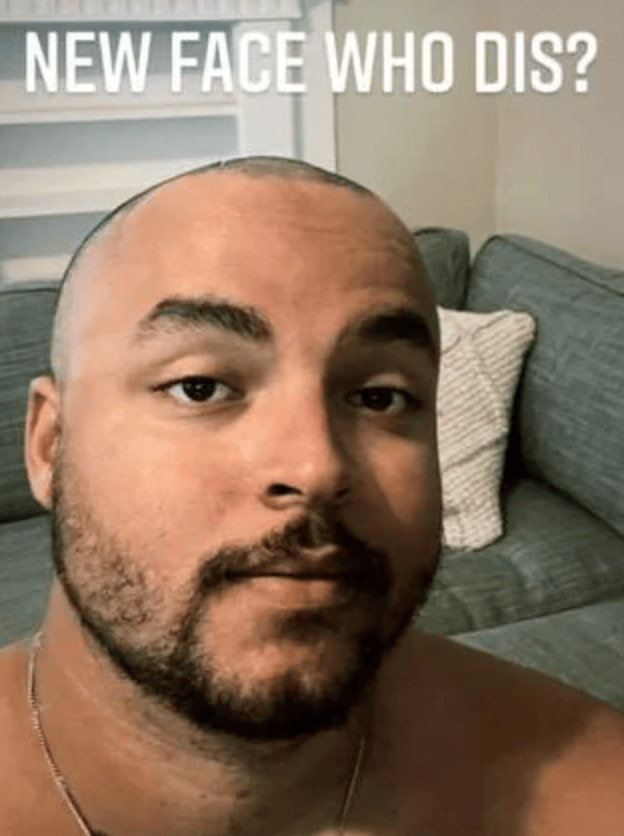 The actor's relationship with his two older children - Connor, and daughter Isabella, 28 - remains relatively private, although they are reportedly in contact.

In contrast, it's been over seven years since the actor was last pictured out in public with his youngest daughter Suri.

Since then, the actor's relationship with his 14-year-old daughter, who he shares with ex-wife Katie Holmes, has been the subject of speculation.

While it's been alleged that Cruise's belief in the Church of Scientology has played a part, the 58-year-old hasn't spoken publicly about his seemingly estranged relationship with his daughter.

Here's everything we know about Tom Cruise's relationships with his three children.

Before becoming a dad to Suri, Cruise was a father to two adopted children, Isabella and Connor, who he shares with Aussie actress Nicole Kidman. The couple adopted Isabella, simply known as Bella, in 1992 and Connor in 1995, after tying the knot in 1990. 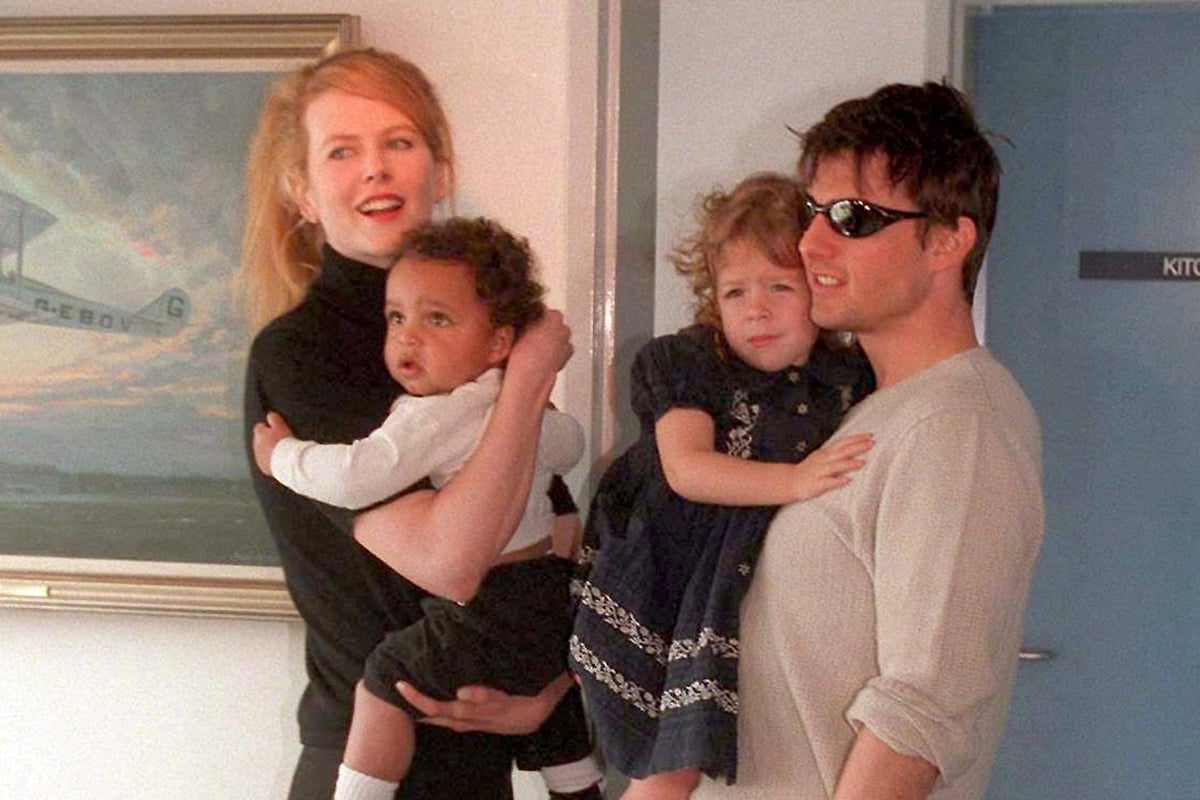 Nicole Kidman and Tom Cruise introduce their children Connor and Isabella to the media on January 24, 1996 at Sydney airport. Image: Getty.  But when the actors divorced in 2001, rumours of a rift between Kidman and her children started circulating.

At the time, Bella and Connor – who had been raised in the Church of Scientology – chose to stay with Cruise.

While the siblings still practice Scientology today, they mostly remain out of the public eye.

Connor lives a private life in Florida after working as a DJ. Meanwhile, Bella lives in London with her husband Max Parker and owns her a company called 'Bella Kidman Cruise,' where she sells t-shirts tote bags and more.

In 2016, Bella was asked by New Idea if she still speaks to her parents, to which she replied: "Of course we talk, they're my parents", adding, anyone who says otherwise is "full of s**t". 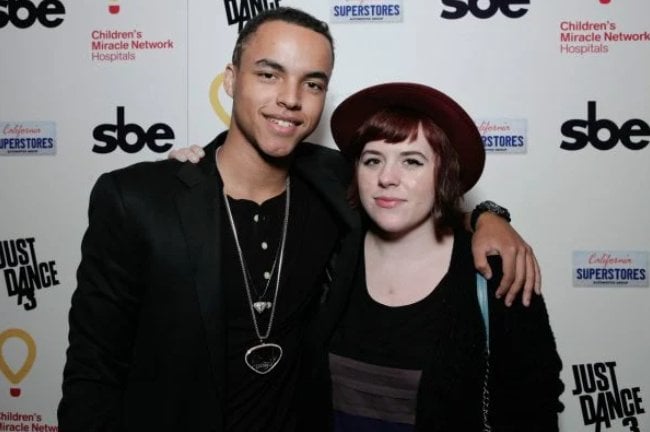 Connor Cruise and Bella Cruise at an event in 2012. Image: Getty.

In 2019, Connor made a rare appearance with his dad while out and about in London.

Cruise, who was trained to fly a helicopter for his Mission: Impossible film, was seen teaching his son aviation skills.

That same year, Bella thanked her father for helping her train as an auditor within the Church of Scientology, in a letter shared with church members.

"Thank you to my Dad for everything," she wrote while also thanking her Aunt (Cruise's sister Cass Mapother).

"I would have drowned in my own problems if you hadn’t been there to sup [sic] me or get me through the preliminaries. It took a whole family and an org to get me here."

At the end of last year, Woman's Day reported that Tom Cruise is currently living in a two-storey penthouse in London. According to the publication, he moved into the Corinthia Residences, a block of 12 luxury apartments previously owned by the Queen, which costs him an eye-watering $455,000 a month.

But despite living in London, it's unlikely that Bella will move in with him. Her neighbours told the publication that she prefers to live a life away from the spotlight.

Tom Cruise and Katie Holmes made headlines when they welcomed their daughter Suri in April 2006. The couple, who tied the knot that same year, went on to feature on the October 2006 cover of Vanity Fair, making Suri's magazine debut.

But while Cruise and Holmes may have been the ‘super couple’ of the noughties, their marriage didn't last very long. 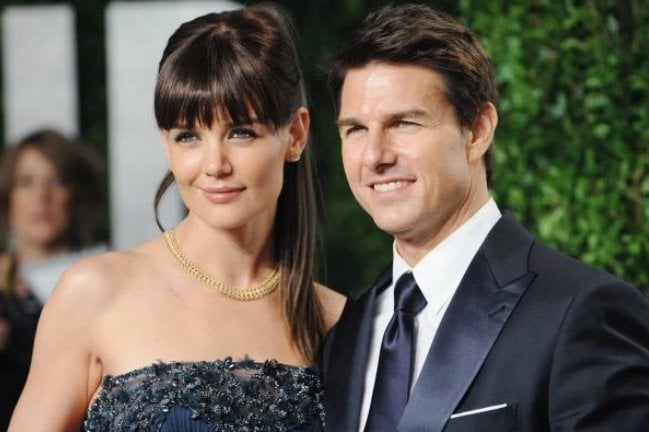 When the pair announced their divorce in 2012, rumours circulated that Tom’s belief in the Church of Scientology played a role. Katie converted to Scientology ahead of their wedding in 2006, but parted ways with the controversial religion after their divorce.

Eight years on, the world doesn’t see much of Suri anymore. In fact, while Katie has opened up about her close relationship with her daughter - who she occasionally shares photos of on social media - images of Cruise and Suri have virtually ceased to exist since 2013.

Although the former couple share custody of their daughter, it’s believed Cruise is largely estranged from the 14-year-old.

According to Us Weekly, Tom is allowed to see Suri ten days a month as outlined in their divorce settlement, but has chosen not to because of his religious beliefs.

"Every person is allowed to see their child if they wanted to," a source told publication in 2018. "He chooses not to because she is not a Scientologist."

Reportedly, it is Scientology’s ‘disconnection’ policy between current and former members of the church that has been one of the main contributing factors for Suri’s estrangement from her father.

"He’s disconnected from Katie, and then de facto from Suri, because of her connection to Katie. He hasn’t seen her since she was seven," they claimed.

O
ocarbone a year ago

Reply
Upvote
That's Ourageous! You know that if a religion keeps you from being in your child's life there's something wrong with it. Just common sense. And as someone stated, if it keeps her away from it, that's a good thing.
R
rush 2 years ago