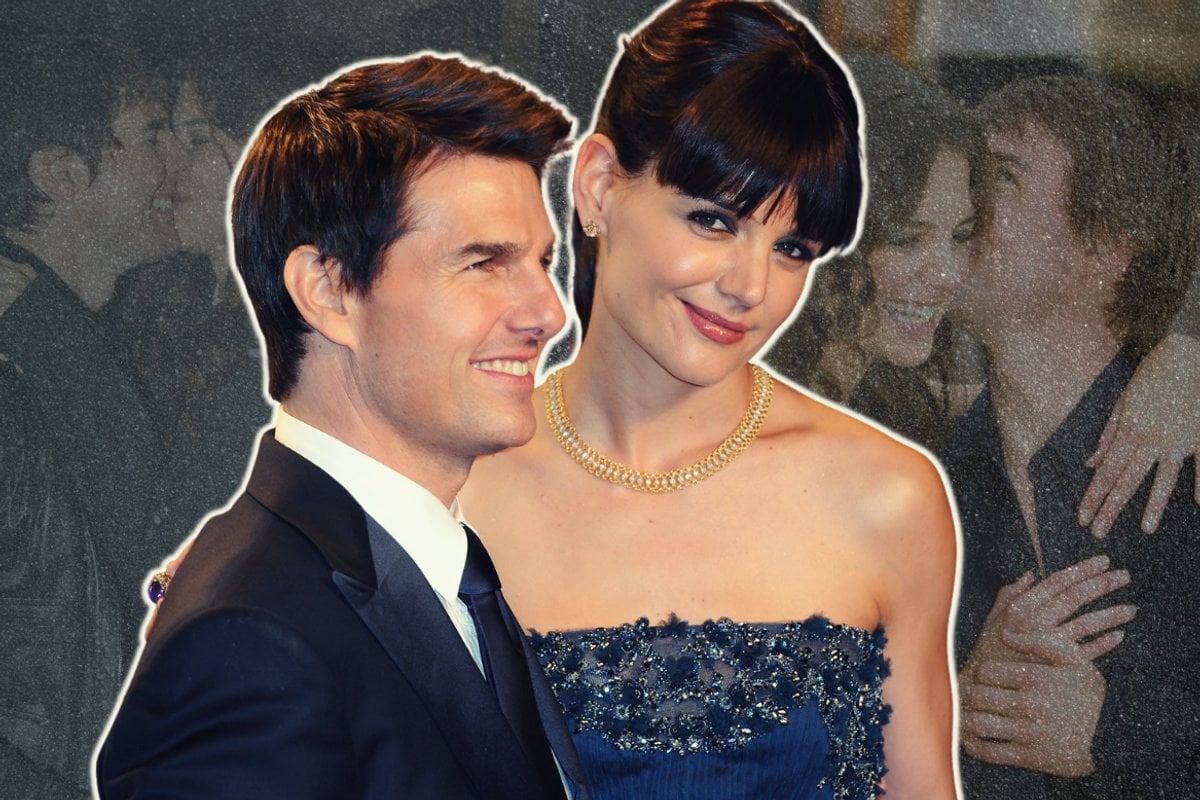 At one point in time, Katie Holmes and Tom Cruise were one of the world's most famous couples. Their relationship was one no one wanted to look away from – from beginning to end.

While Cruise was one of the biggest male celebrities in the world, Holmes had carved out her own niche as the go-to love interest in films.

Her star began to rise when she played 'Joey Potter' in the hit 90s show, Dawson's Creek.

She began acting in the role at just 19 years old and started dating her co-star Joshua Jackson, before becoming engaged to actor Chris Klein. They split amicably in 2005. 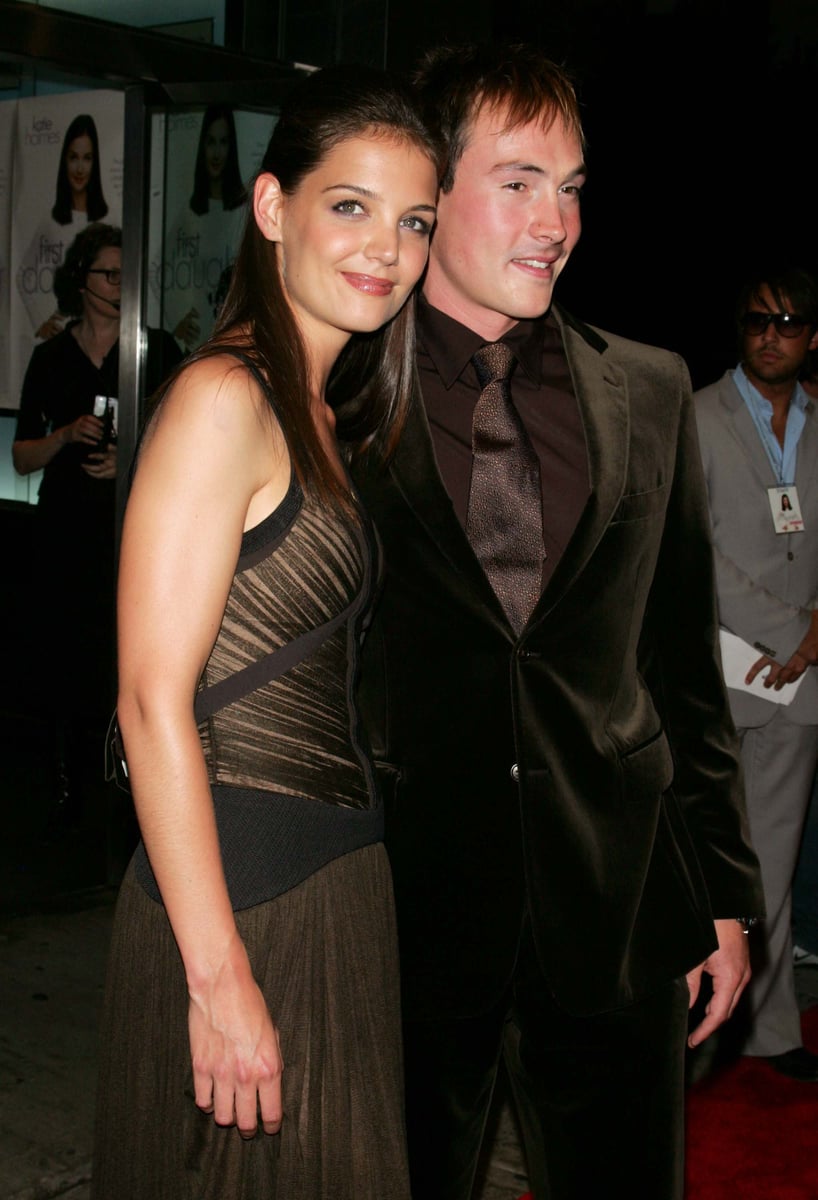 During and after Dawson's Creek (which ended after six seasons) Holmes starred in the films Teaching Mrs Tingle, First Daughter, Disturbing Behaviour and Go.

However, it wouldn't be her acting talent to throw her into A-lister territory, but her relationship with Tom Cruise, which began in 2005.

A year prior, she told Seventeen she'd had a crush on the Top Gun actor.

"I think every little girl dreams about her wedding. I used to think I was going to marry Tom [Cruise]," she said.

It was reported at the time that the pair had met after Cruise had planned a meeting between them, since he'd been developing an interest in the young actress. 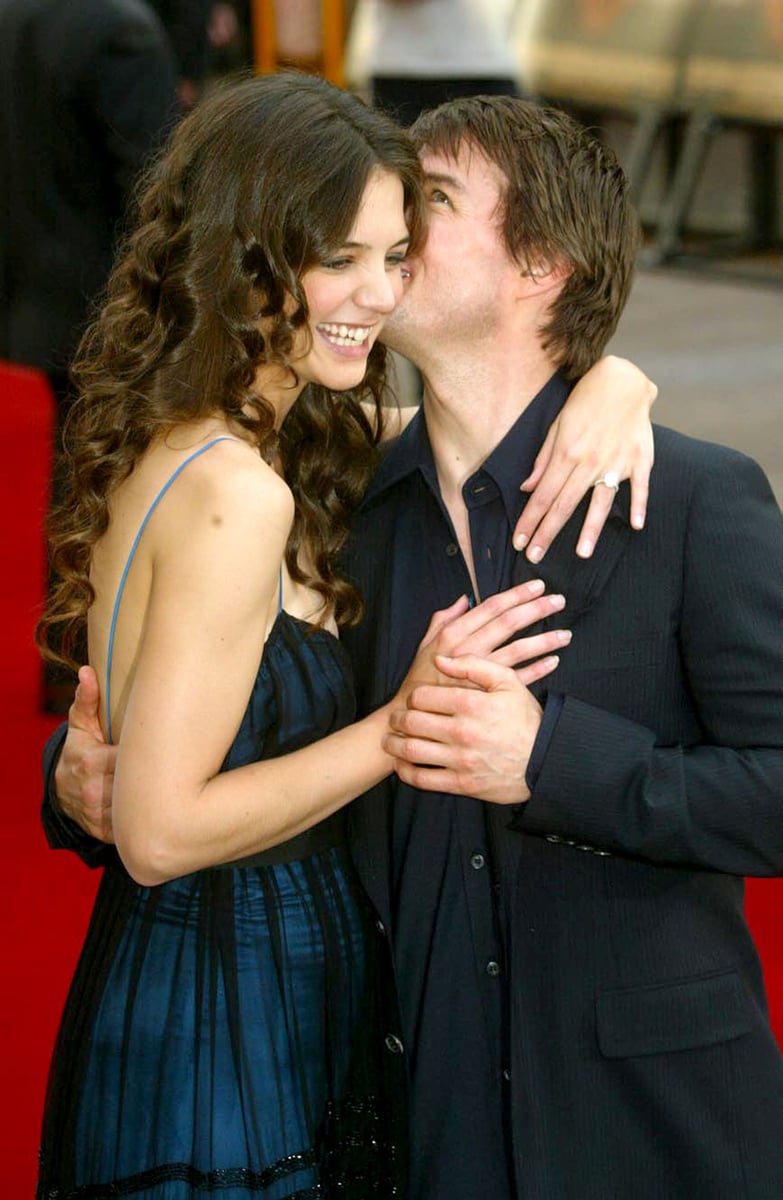 Just a month after meeting, in May 2005, Cruise made a public and loud declaration of his love for Holmes, on The Oprah Winfrey Show.

Jumping up and down onto the interview couch, he said: "I'm in love. I'm in love and it's one of those things where you want to be cool, like, 'Yeah I like her'... that's not how I feel... I wanted to meet this person, and I met her and she's extraordinary." 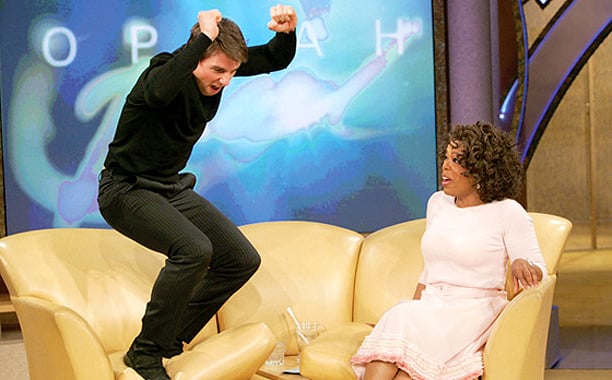 Winfrey later told the press she was confused by Cruise's behaviour.

Their rapid engagement announcement was made just seven weeks later and a year on, in 2006, their daughter, Suri, was born.

The details of their relationship, for the most part, were kept private (despite constantly kissing on red carpets), and yet they were a couple the media had become completely enamoured by.

Every small detail obtained was picked apart and analysed by all. The pair gushed about each other in media interviews, held a very public wedding in the small coastal town of Bracciano, Italy, and even performed a seductive dance with one another for a charity event.

Holmes had converted to Scientology, and even reportedly turned down a role in the film Factory Girl, due to the church's views on psychiatry.

Holmes spoke less of her husband on red carpets and instead focussed on her daughter or acting roles.

During that time, she told Marie Claire, "I feel ready. For the next chapter in my life. I’m excited to begin a new phase: roles I might have been afraid to play, places I want to travel with my daughter."

In 2012, almost six years into their marriage, Holmes unexpectedly filed for divorce. She used a disposable phone to make calls about her separation and employed three law firms across three states. 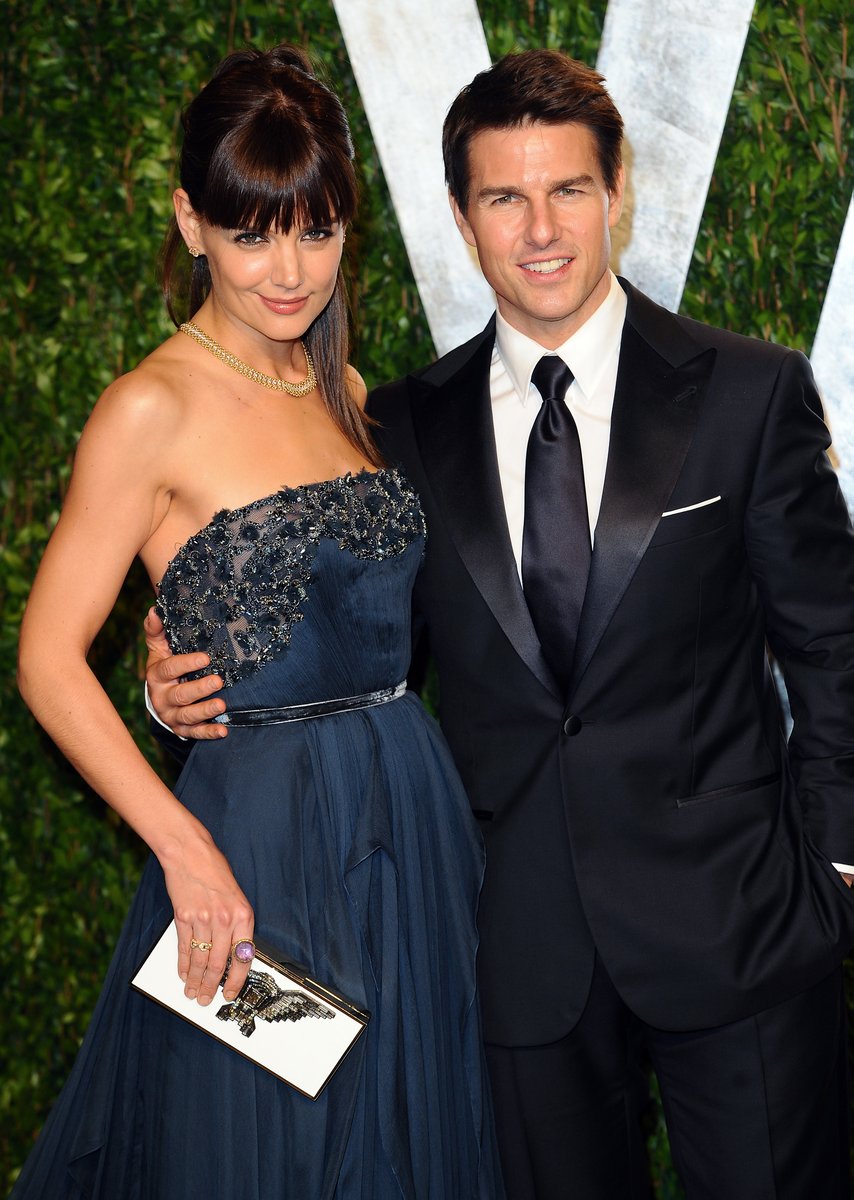 Four months before Katie Holmes filed for divorce from Tom Cruise, at the Vanity Fair Oscars Party, in February 2012. Image: Getty. The couple announced just 10 days later after their announcement that they had signed a divorce statement, most notably stating that Holmes would receive primary custody of then six-year-old Suri and Cruise would have visitation rights.

10 years on since the couple split, the details surrounding why exactly the pair decided to go their separate ways have always been kept a secret. Speculatively, many allege Cruise's devotion to the Church of Scientology played a major role in the breakdown of their relationship.

Rumours have swirled about how the church raises children, and it was alleged Holmes had thought about sending Suri to the Sea Org, a Scientology organisation where children are reportedly subjected to forced labour at sea.

"Insiders" also claimed Cruise had demanded peculiar rules be placed on his ex-wife during their divorce settlement, such as making her agree to not date another man publicly for five years after their divorce, so as not to "embarrass" him.

Most importantly, it is believed the divorce settlement outlined Suri would not have any involvement with the Church of Scientology. As such, it's assumed Cruise does not spend much time with his daughter due to members being forced to cut off family members who are not a part of the religion.

Listen to The Spill: How Tom Cruise tricked us into forgiving his sins. Post continues after audio.

So, where are Tom Cruise and Katie Holmes now?

Since their divorce over a decade ago, there have been a string of relationships that have followed in their wake.

Holmes surprised everyone when it was revealed she was dating actor Jamie Foxx, before they split after almost six years together in August 2019. They had started dating almost a year after Holmes' divorce from Cruise.

It was reported at the time that the pair had pulled the plug because "he's disrespectful and their lives were different."

In 2020, Holmes began dating again, this time with restauranter Emilio Vitolo Jr. They dated for a year before breaking up.

This year, the actor was seen seemingly happy and in love again, this time with Grammy-nominated musician and composer, Bobby Wooten III. Wooten has worked with Moulin Rouge! The Musical on Broadway and performed at Coachella in the past. 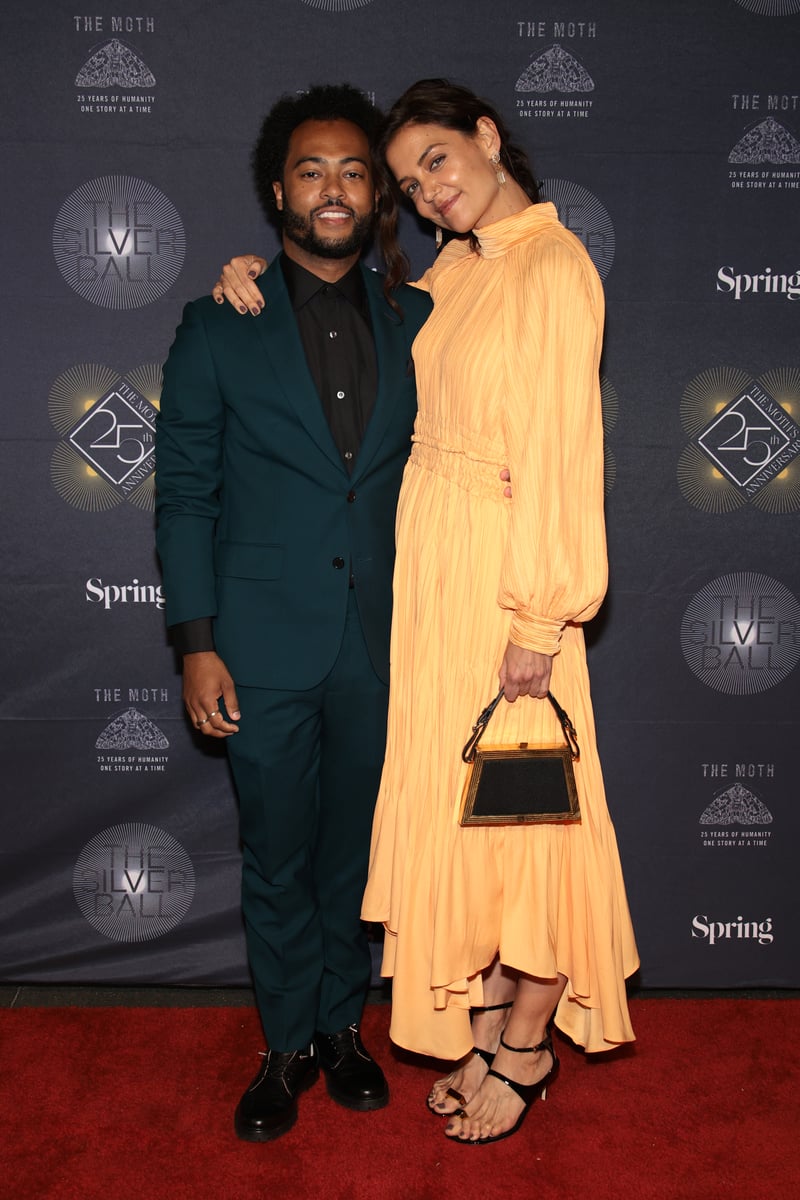 Holmes is also set to star in the romantic comedy, Alone Again, which is due for release in theatres from July 22. She also wrote and directed the film. The directorial project follows her 2016 drama All We Had.

Cruise also recently walked the red carpet for his 2022 film Top Gun: Maverick. The hit sequel has had premieres across the globe, sparking a resurgence of interest in the actor.

He recently separated from his Mission Impossible 7 co-star Hayley Atwell in June 2022, for a second time. While it was assumed the pair "hit it off from day one" two years prior, the couple did not last.

Despite the internet and media fodder that has surrounded Holmes and Cruise for the past 17 years, it appears the pair have moved on amicably since their complicated divorce over 10 years ago.