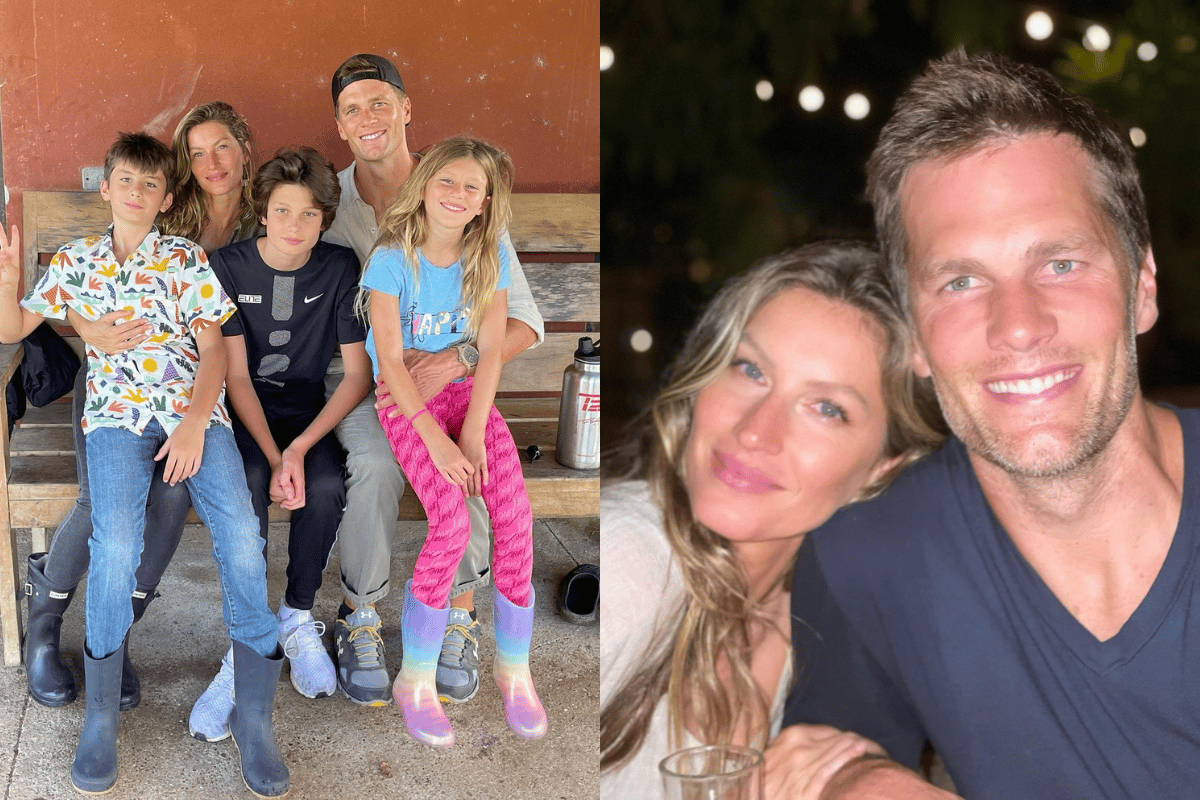 If you were to Google "celebrity power couples", you would find Gisele Bündchen and Tom Brady on that list.

The supermodel and seven-time Super Bowl champion are equally successful in their own right, have been married for 12 years, and share two children, Benjamin, 12, and Vivian, nine.

But despite their fame and eye-watering reported combined net worth (it's a casual $650 million), the couple just seem so stupidly in love, even over a decade later.

Gisele Bündchen and Tom Brady met in December 2006. According to the supermodel, now 41, it was love at first sight.

"We met through a friend. The moment I saw him, he smiled, and I was like, 'That is the most beautiful, charismatic smile I've ever seen!'" she continued.

"We sat and talked for three hours. I had to go home for Christmas, but I didn't want to leave.

"You know that feeling of, like, you can't get enough? From the first day we met, we've never spent one day without speaking to each other."

In January 2007, they officially started dating.

Just a month into his new relationship, Moynahan announced she was pregnant with his son.

"Two months into our relationship, Tom told me that his ex-girlfriend was pregnant," Gisele wrote in her memoir, Lessons: My Path to a Meaningful Life.

"The very next day the news was everywhere, and I felt my world had been turned upside down. Needless to say, that wasn't an easy time, but it was a time that brought about so much growth."

When appearing on CBS This Morning in 2011, the supermodel shared how the pregnancy made her reconsider dating Brady.

"I felt like I didn't know what to do," she said, according to The Boston Globe.

"It was one of those moments of like, 'Do I just run away?' Eight years later, I couldn't have asked for a sweeter bonus child."

Brady and Bündchen stayed together, and in August 2007, John Edward Thomas Moynahan was born.

In January 2009, the couple got engaged.

Although multiple publications reported the football star proposed on a private jet, Bündchen told Vogue's 73 Questions that Brady tricked her into thinking her house was flooding.

"When I got there, the whole apartment had candles and rose petals everywhere, and then he went down on his knees to propose, and I'm like, 'Get up!' because he had just had surgery and had three staph infections," Bündchen said in the 2018 video.

They got married in a small ceremony at a catholic church in California.

"We planned it in like 10 days, and it was perfect," Brady told GQ.

The couple then held a second ceremony two months later on a beach in Costa Rica, where they own a house.

She delivered him in the bathtub of her Boston penthouse.

"The doctor told me that it was too dangerous for me to have a home birth," she wrote in her memoir.

"He said that Benny was in an unusual position, my hips were too small, and the odds just weren't in my favour. My attitude was, 'I don't think you get to decide this!' No one was going to talk me out of it."

Bündchen didn't publicly announce her second pregnancy until after having the baby.

In 2015, divorce rumours swirled after Brady was suspended from playing NFL after allegedly ordering the deliberate deflation of footballs used during the 2014 American Football Conference Championship Game. The scandal was dubbed "Deflategate".

"And I think no matter how challenging it was, we were always being supportive of one another. And you know, that's the most important thing you can have in your life... a support system and love."

That same year, Bündchen retired from modelling after over 20 years in the industry to focus on their family.

In 2018, Brady told Oprah Winfrey how the couple discuss when he will retire too.

"I talk about it with my wife all the time. You can ask her tonight," he said.

In January 2022, Brady announced he would be retiring after 22 decorated seasons in the NFL.

He cited wanting to spend more time with his family as the reason for his decision to finally let the sport go professionally.

“My wife is my biggest supporter,” Brady said on his Let’s Go! podcast. “It pains her to see me get hit out there, and she deserves what she needs from me as a husband and my kids deserve what they need from me as a dad.

“I’m gonna spend some time with them and give them what they need, because they’ve really been giving me what I need the last six months — to do what I need to do and I said this a few years ago.

“It’s what relationships are all about. It’s not always about what I want. It’s about what we want as a family. And I’m gonna spend a lot of time with them and figure out in the future what’s next.”

After finishing up his long-term career, he walks away with seven Super Bowl championships, three MVPs and five Super Bowl MVPs under his belt.

This article was published on October 31 and was updated on January 30, 2022.