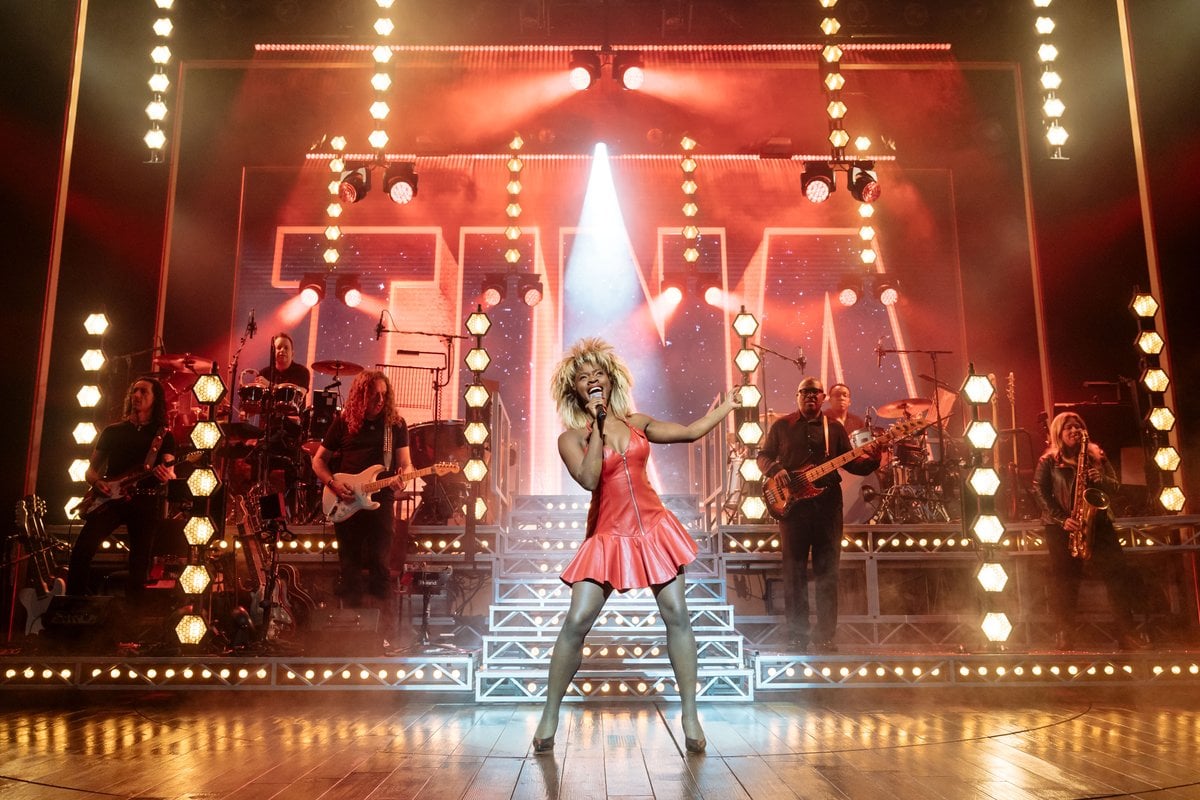 We Don't Need Another Hero... we just need Tina Turner.

In news that will thrill both fans of Tina Turner and fans of musicals, it has just been announced that Tina - The Tina Turner Musical will be coming to the Theatre Royal Sydney in May 2023.

The Queen of Rock n' Roll herself had a special message for her Australian fans.

"Hello Sydney! I am so excited to be announcing that Tina - The Tina Turner Musical will be opening in Sydney next year. Australia has always shared abundant love with me, going back to my early concerts in the late 70s through the uplifting partnership with the National Rugby League. It is very special for me that we will be reunited. The joy, passion and message of resilience in my musical is so important now as ever. Thank you from the bottom my heart for welcoming me with open arms once again," she said.

And now, finally, I can also announce that I flew to New York recently to watch the musical, which is currently playing there.

I know, I know, my job is very difficult. Don't cry for me, Argentina, I survived. 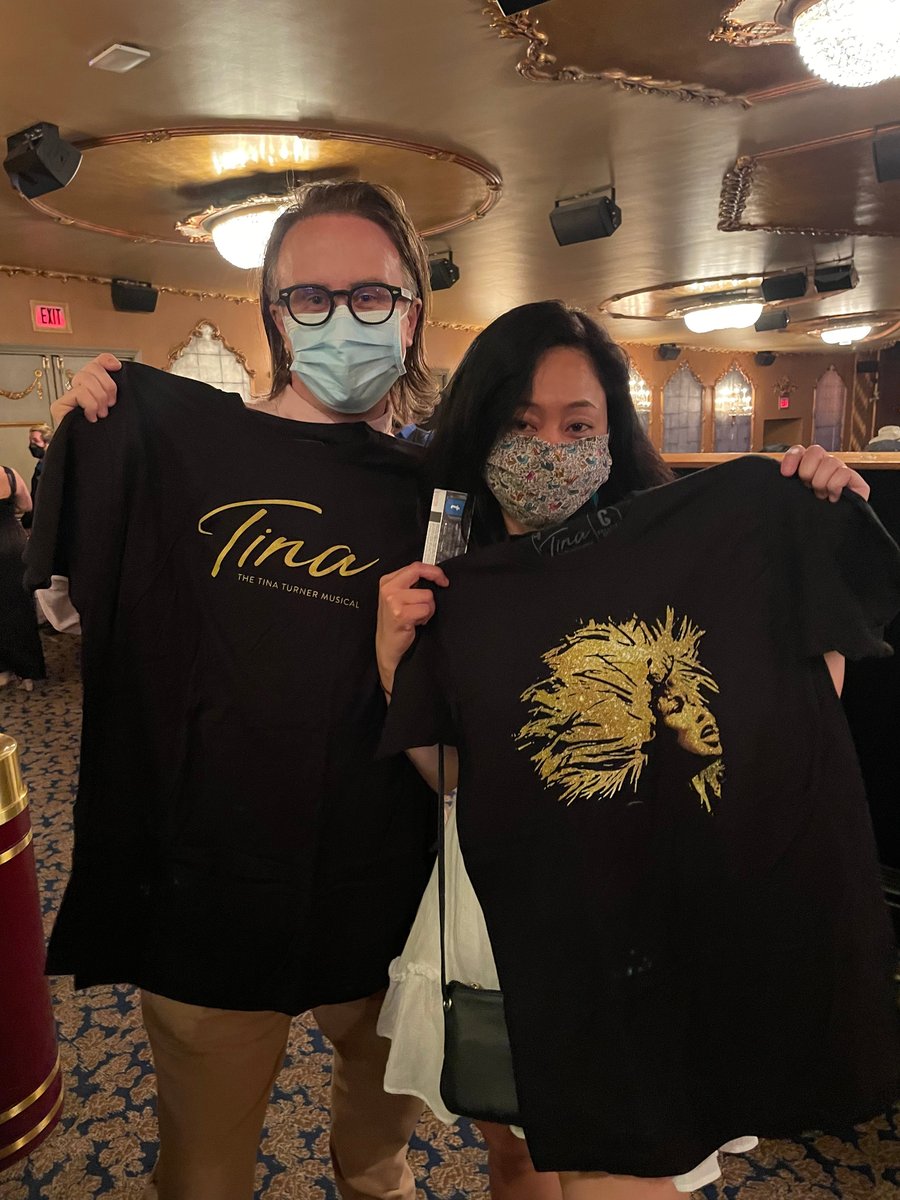 I also got this cool Tina Turner shirt at the merchandise stand at the theatre. Yes, I am one of those people. Image: Supplied. 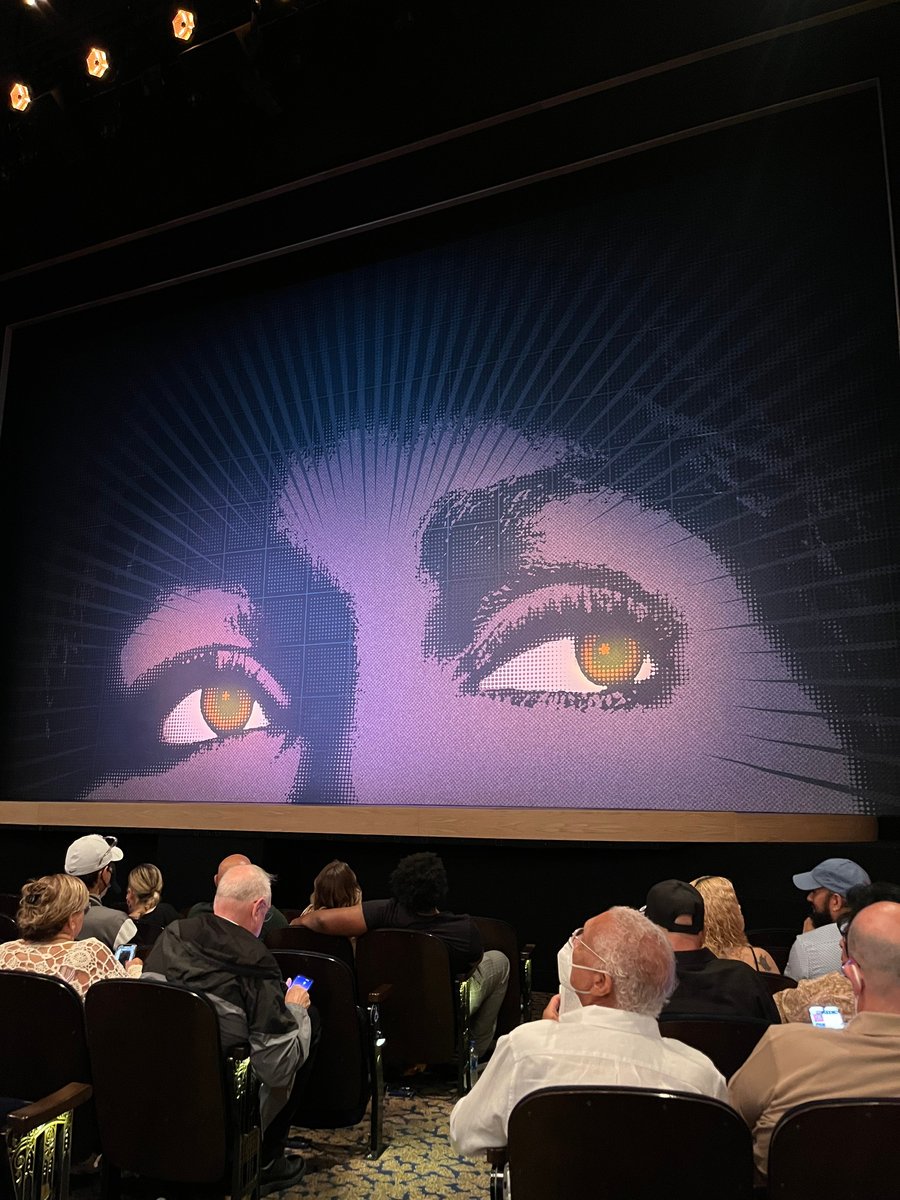 Shhhhh, it's about to start. Image: Supplied.

Joking aside, I can say - hand on heart - that this is one of the best musicals I've ever seen. And I've seen a fair few. OK, so I'm not a musical afficionado like our Entertainment Editor Laura Brodnik [she's watched more than 30 musicals, she tells me proudly] but I've watched enough musicals to know what will move the audience - and this one will move you... both emotionally and physically. Yeah, get those dancing shoes out because you won't be able to resist.

Telling the story of Tina's humble beginnings as a young girl called Anna Mae Bullock in Brownsville, Tennessee, and charting her rise as one of the greatest singers and performers of all time - including her volatile and abusive relationship with singing partner and then husband Ike Turner and her traumatic relationship with her mother - Tina - The Tina Turner Musical is a powerhouse that will have you laughing one minute and crying the next.

I'm not embellishing. There were people crying in the audience.

The musical is presented in association with Tina Turner herself and received its world premiere in April 2018 in London, where it opened to five-star reviews and has broken box office records at the Aldwych Theatre. In March 2019, the German production opened at Stage Operettenhaus in Hamburg, the New York Broadway production followed in November 2019 and was nominated for a whopping 12 Tony Awards including Best Musical.

The Dutch production opened at the Beatrix Theater, Utrecht, in February 2020. A third European production opened in Fall 2021 at the Teatro Coliseum in Madrid, Spain and the North American Tour will commence in September.

And in May next year, it will be here in Australia! Ah, the excitement.

"Tina Turner is a global icon of music, her songs are timeless classics and her personal life story is one that resonates with so many people," Stuart Ayres, NSW Minister for Tourism, said at today's announcement. "Tina - The Tina Turner Musical is a critically acclaimed global sensation that will appeal to a variety of audiences, from young fans to seasoned theatregoers, to people who just love great live music.

"This universal appeal is why the NSW Government has secured its Australian premiere for Sydney. It will be a major draw card for visiting and local audiences, cementing Sydney’s position as the nation’s capital of live theatre and providing a significant boost to the state’s visitor economy." 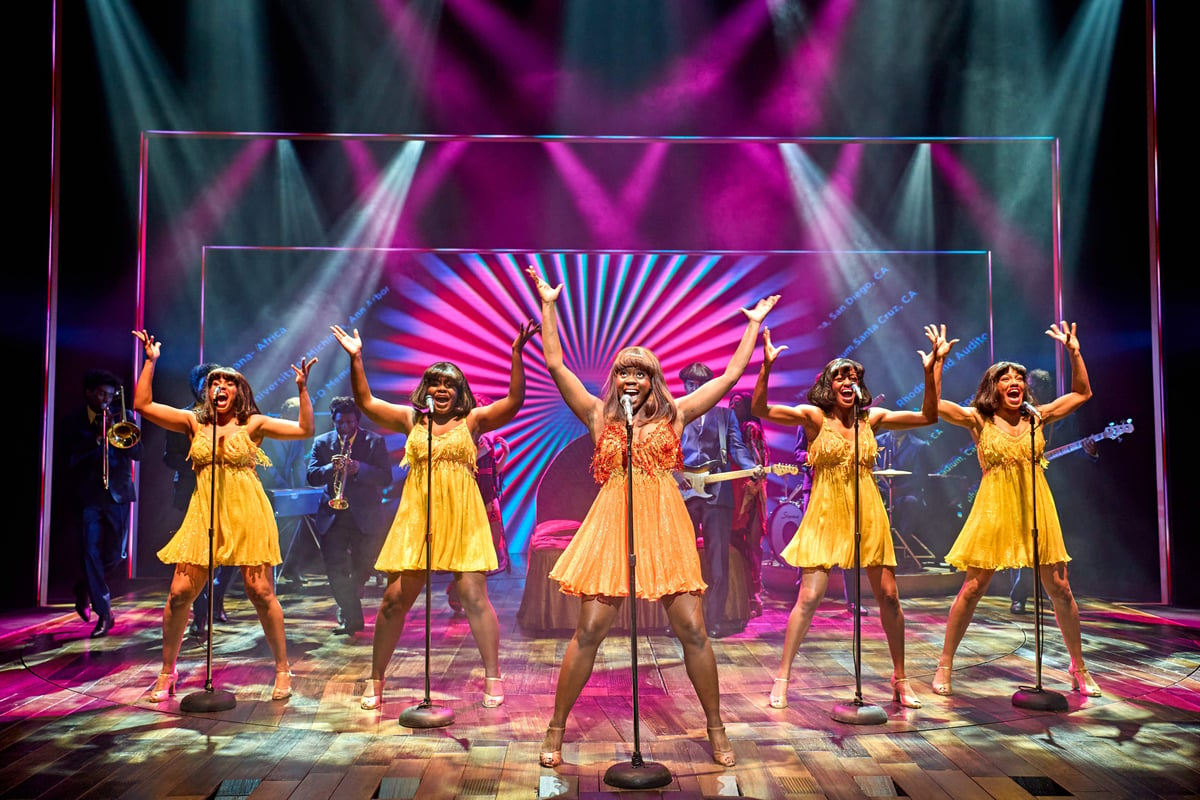 Australian-born Roger Davies, who has managed Tina since 1980, was the one who saw the potential behind 'What's Love Got To Do With It' and convinced her to record it. It became her biggest hit. This is all played out in the musical too, by the way.

And who can forget Tina's villainous role in Australia's iconic 1985 film Mad Max: Beyond Thunderdome and subsequent chart-topper 'We Don't Need Another Hero'?

Tina also became an NRL legend after her song 'The Best' became the centrepiece of the NRL campaign. She recorded a duet with another legend, Jimmy Barnes, and re-titled the hit to '(Simply) The Best' and it rose to the top of the charts in 1992. They famously performed it live at 1993's NRL Grand Final. Arguably, nothing has beaten that performance at the Grand Final since.

Put simply, the Queen of Rock n' Roll is (Simply) The Best and we can't get enough of her. 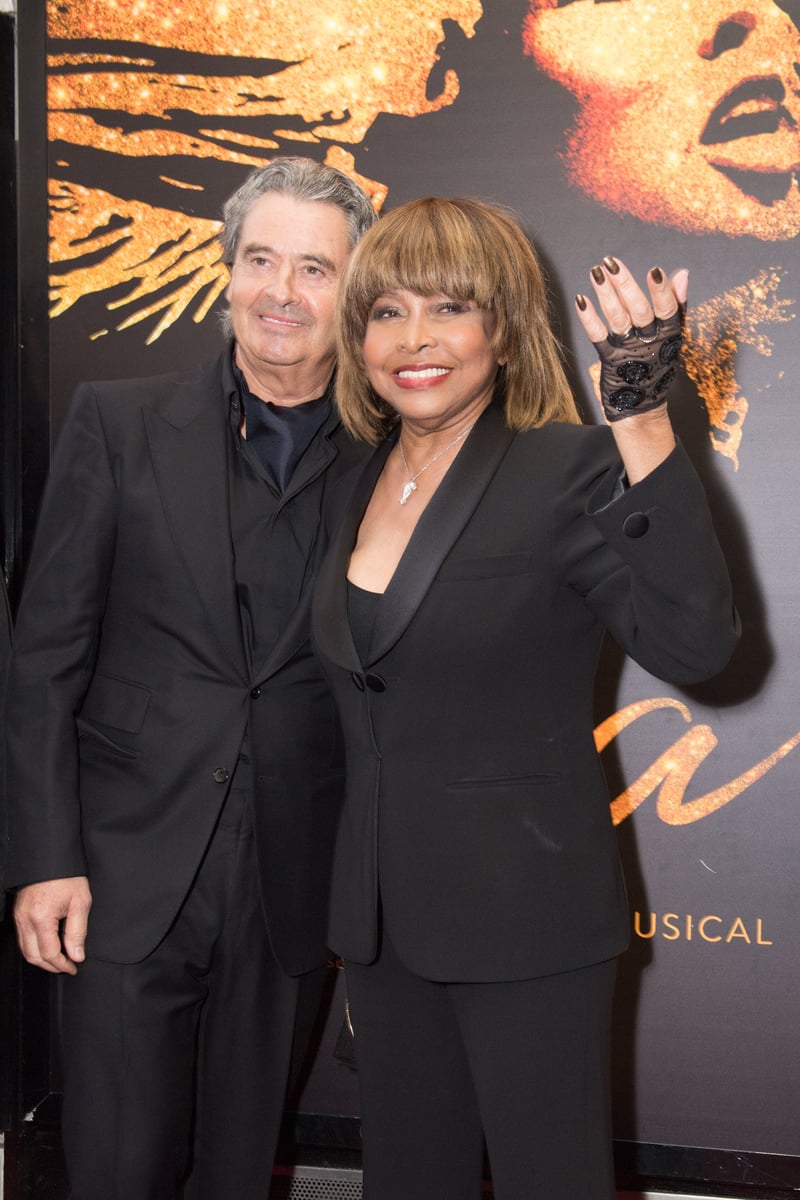 Tina - The Tina Musical will be produced by TEG DAINTY in special collaboration with Stage Entertainment, Tali Pelman, and Tina Turner.

Paul Dainty AM, President, and CEO of TEG DAINTY said, "I first heard about the possibility of a stage musical portraying Tina’s life seven years ago and I immediately reached out to Tali Pelman at Stage Entertainment. At that point there was no script and no book however I was hooked on the idea of it.

"We have been on that journey ever since, and here we are today launching the Australian premiere in Sydney! Australians will love this theatrical masterpiece which tells the story of Tina’s life, of empowerment and success, and is ultimately the best music industry comeback story of all time."

Producer Tali Pelman added, "I know Australia is very close to Tina's heart, so we are especially excited to announce our opening in Sydney. Our musical is about how Tina became not only the music icon we adore, but the woman who continues to motivate and inspire us today.

"Everything about Tina is unique - her heart, her story and of course her voice - and we can’t wait for Australians to experience her journey and her triumph through our show."

As someone who has watched the show (I flew to New York to watch the musical, did I tell you that already?), I can attest that Tina, of course, triumphs in the end.

That's not a spoiler - all you need to do is look at her life now.

In fact, the musical ends in the best way possible: on a figurative - and literal - high note.

Tina - The Tina Turner Musical is coming to the Theatre Royal Sydney in May 2023.

The waitlist for information and tickets to Tina - The Tina Turner Musical is open now, visit tinathemusical.com.au. 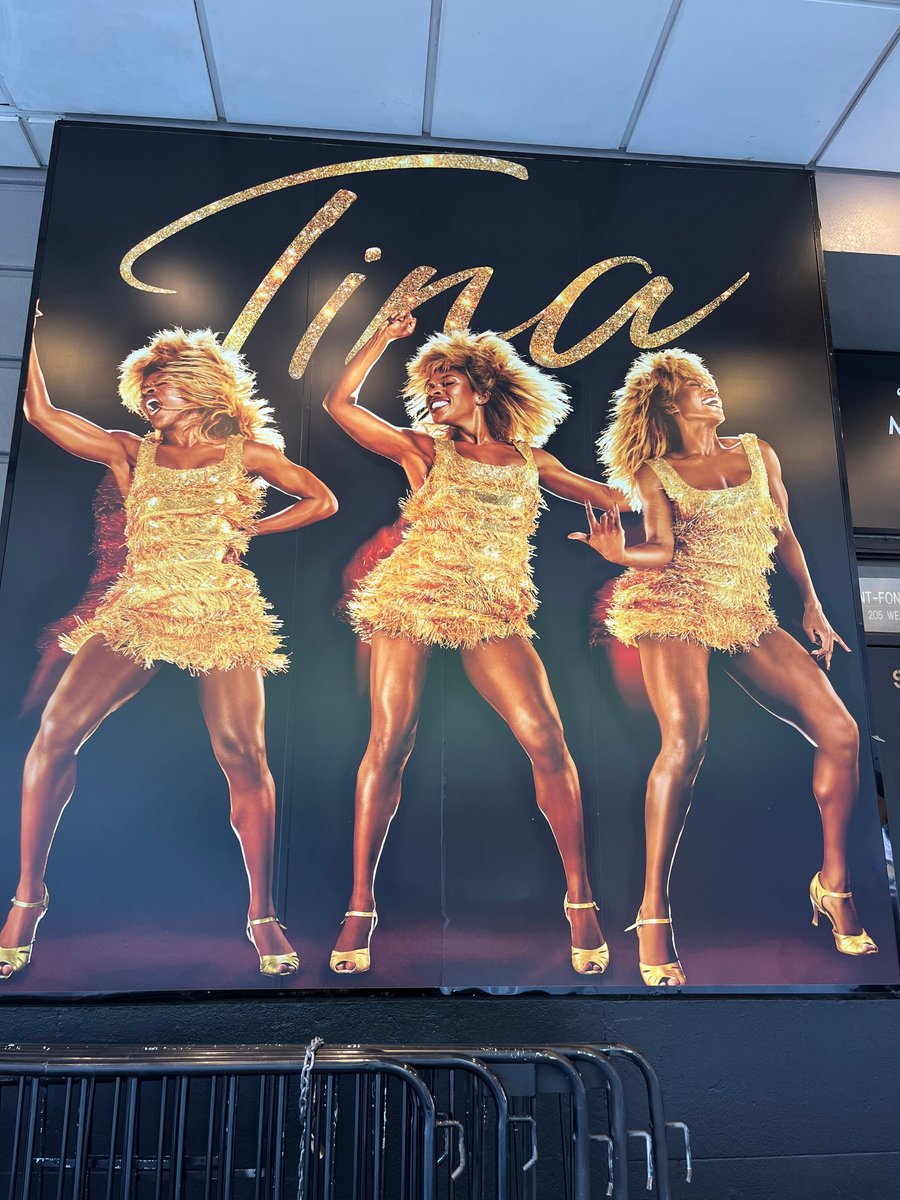 Adrienne Tam travelled to New York as a guest of TEG DAINTY.