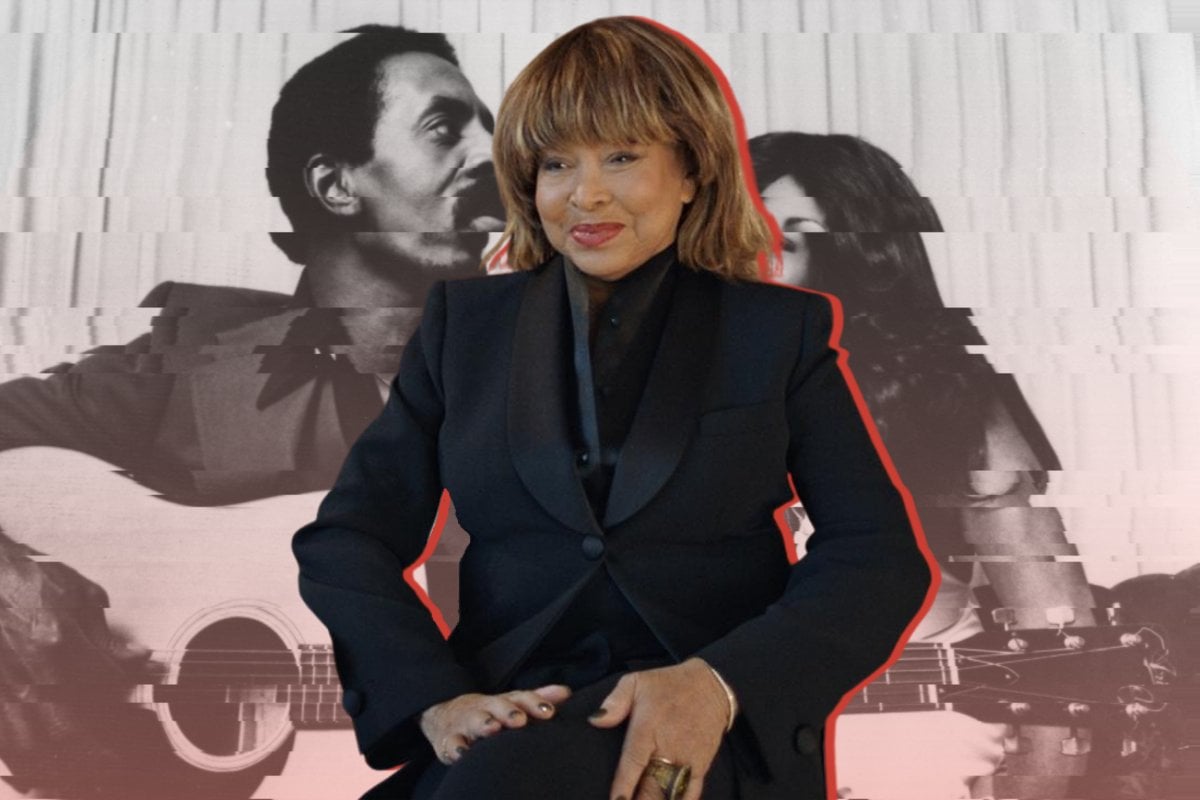 There are two main storylines people imagine when they think of Tina Turner.

Tina, real name Anna Mae Bullock, is once again revisiting the abuse and trauma of her life for the new documentary Tina, but it will be the last time.

"There's no other way to tell the story. It's a reality. A truth."

Tina retraces the music icon's humble beginnings in Nutbush, Tennessee, and her childhood of neglect, before she met musician Ike Turner at a club in St Louis, Illinois, in 1957.

She had a relationship with his saxophonist Raymond Hill, the father of her first child, in 1958.

As Tina began to perform regularly with Ike's band the Kings of Rhythm, she moved into his home where he trained her on vocal control and performance. Ike gave her her stage name, inspired by comic book character Sheena, Queen of the Jungle.

Eventually, their relationship turned romantic, and she became pregnant in 1960.

After recording 'A Fool in Love' while pregnant, Tina told Ike she didn't want to continue their relationship. He responded by striking her in the head with a wooden shoe stretcher, leading her to stay in fear.

"That was the beginning of the torture," she recalled. 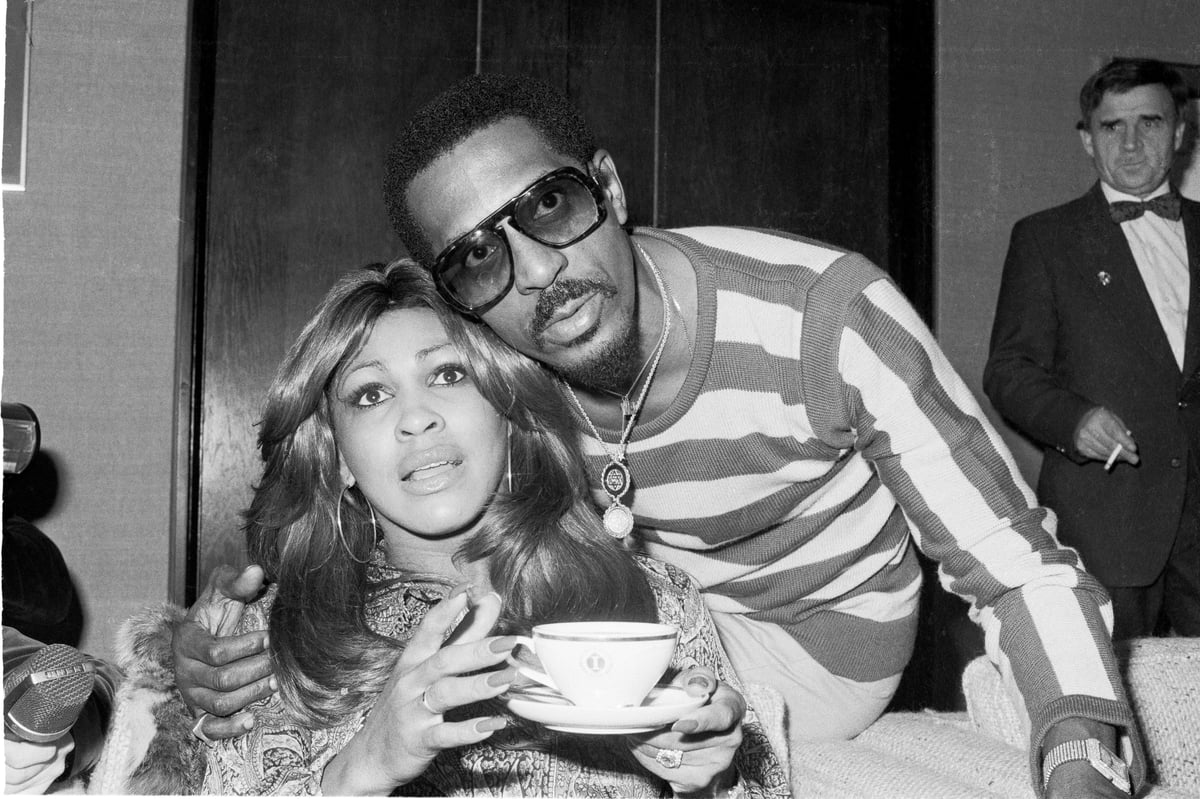 The documentary features a 2000 interview with Tina and Ike's son Craig, who died by suicide in 2018.

"Ike took a lot of his anger out on her. Most of the time he’d come home and he’d take her into the bedroom and close the door and there would be the screams. And we were so petrified we were in bed with the covers over our heads," he said.

"One time he was striking my mother and I was young and he'd thrown some scalding hot coffee on her. At that point in time I hated that man for the rest of my life and I’ll never forget that, never."

In 1968, she attempted suicide. In hospital, her stomach was pumped but her condition was still touch and go when Ike entered the room.

"Then Ike came in and started talking to me and my pulse started," Tina said. "I was insanely afraid of that man." 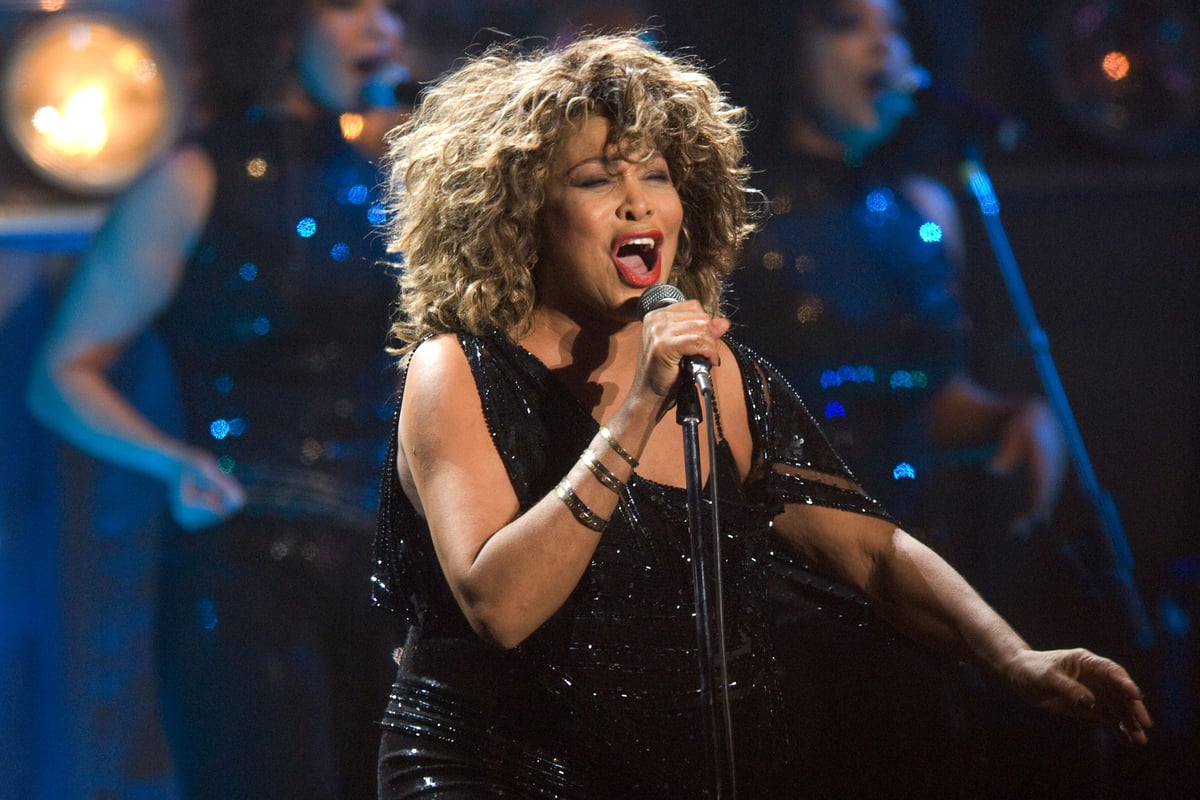 All the while, Ike and Tina became one of the most popular groups in the United States.

Night after night, they performed to audiences who were none the wiser, even as Ike forced Tina to perform immediately after sexual and physical violence.

Tina left Ike after they got into a fight on route to a hotel in Dallas in July 1976, famously fleeing with just 36 cents and a Mobil credit card in her pocket.

It almost killed her.

"The memory of that was horrendous because I was practically run over by a truck," Tina said.

"I wasn't thinking clearly of course. I felt like I was moving slow and there was a big truck, one of the really big ones coming and the horn blew and mostly what I remember is flashing lights. But the next day it was the 4th of July and I'll always remember it because that's when I got my freedom."

She filed for divorce a few weeks later, giving up much more than she needed to just to get Ike out of her life.

She spent two years on food stamps and worked hotel lounges to pay off debts, including lawsuits from cancelled tour dates. Their divorce was finalised in 1978.

At the time, the public was puzzled as to why one of the biggest musical duos of the time split, and why labels were hesitant to sign Tina as a solo act. 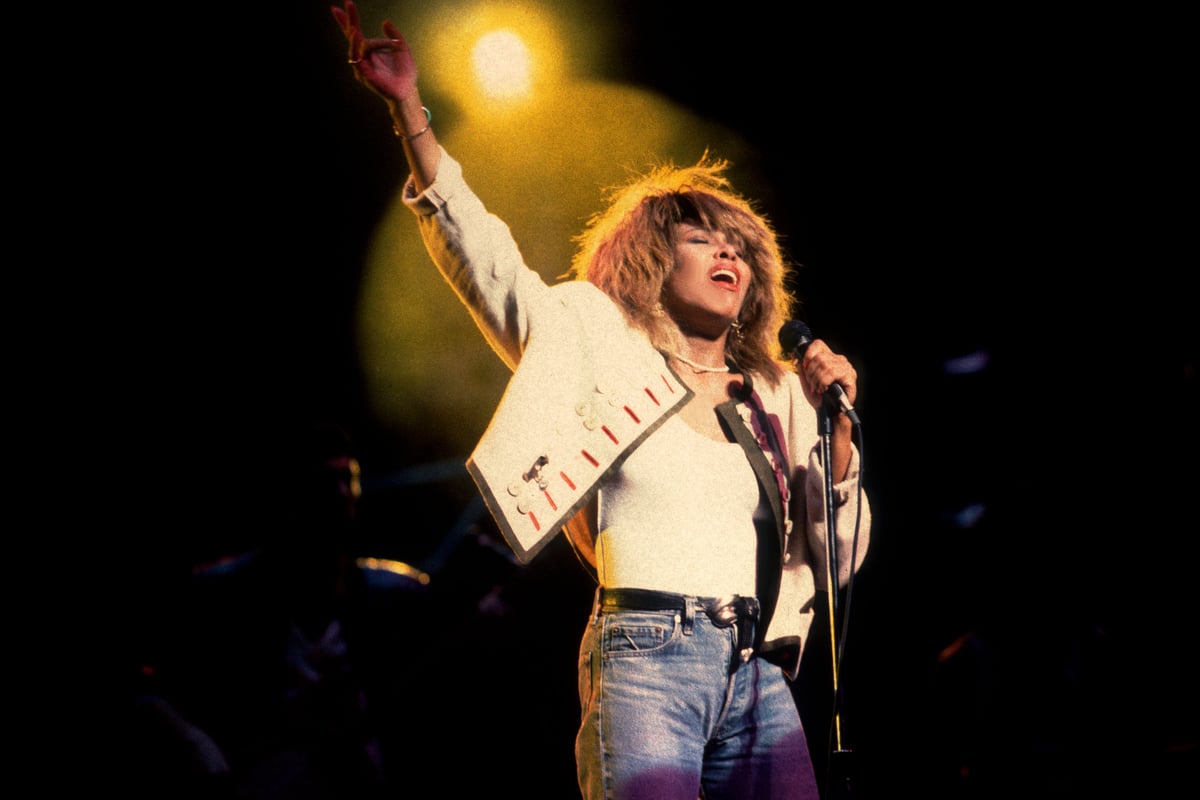 For six years she tried to carve out an identity as just Tina, without Ike.

It didn't work, so in 1981, she took matters into her own hands with a tell-all interview in People.

Tina claimed Ike withheld her finances and recalled the years of abuse.

"I wanted to stop people from thinking that Ike & Tina was so positive, that we were such a great team. So I thought, if nothing else, at least people know," she explained in Tina.

The aim of her 1981 People interview was to free herself from Ike. In a way, it worked, but it also connected her to him in a way that would remain for the rest of her life.

Despite carving out an incredible solo career and releasing an autobiography I, Tina, which was adapted into a 1993 biopic, the interest in Tina's life in relation to Ike has endured - and that's not something she is comfortable with.

The documentary relies on archival footage and interviews to tell the story of Ike's abuse, with directors T. J. Martin and Daniel Lindsay careful not to re-traumatise the star.

"After a while you're like, 'Yeah, I still want to make high art, but does it have to be about pain in my own community all the time?' That takes a toll on you." 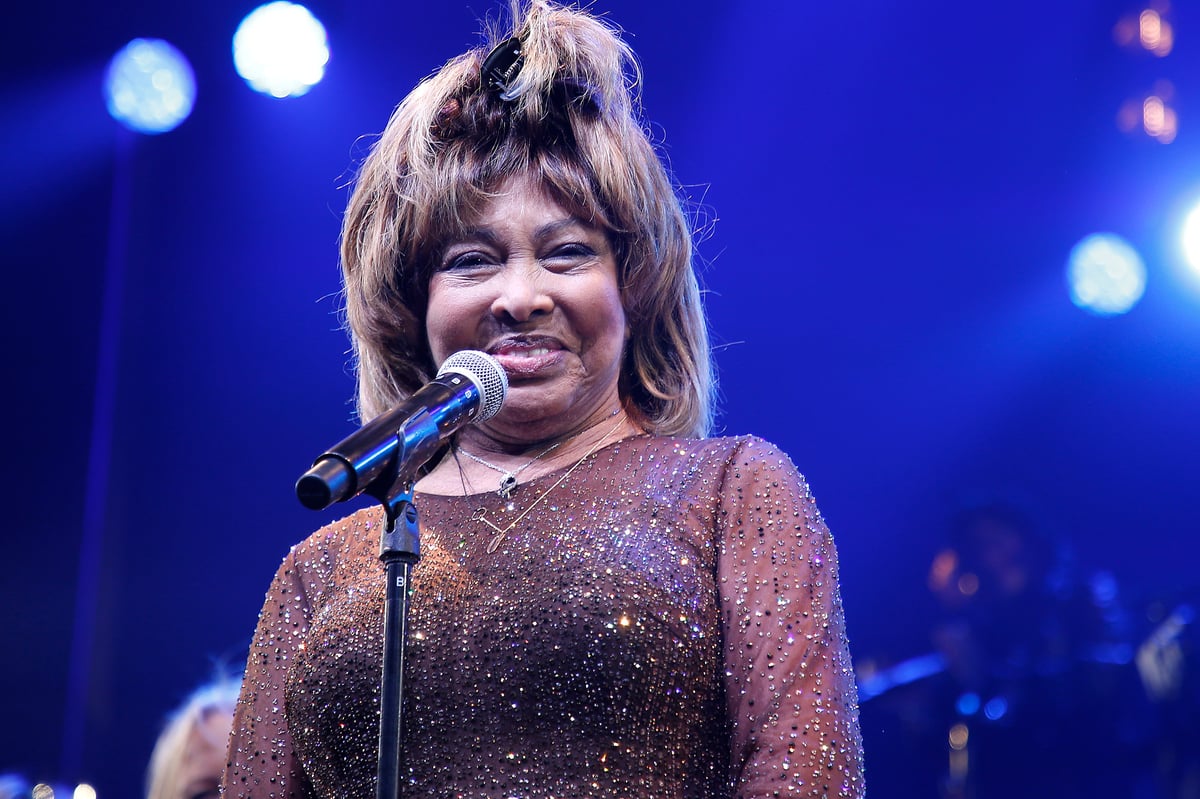 Tina did eventually escape Ike's shadow, at least in her career, becoming a record-smashing rock n roll queen in her 40s, at a time where most women her age were put out to pasture.

She retired from performing more than a decade ago and Tina is her final farewell to fans. She's not sick - she's just no longer interested in the spotlight.

In 1986, Tina met German music executive Erwin Bach. They married in July 2013, after 27 years together, and live a quiet life in Zurich.

"He was just so different. So laid back. So comfortable. So unpretentious," she explained of meeting Bach.

"I really needed love. I just needed to love a person." 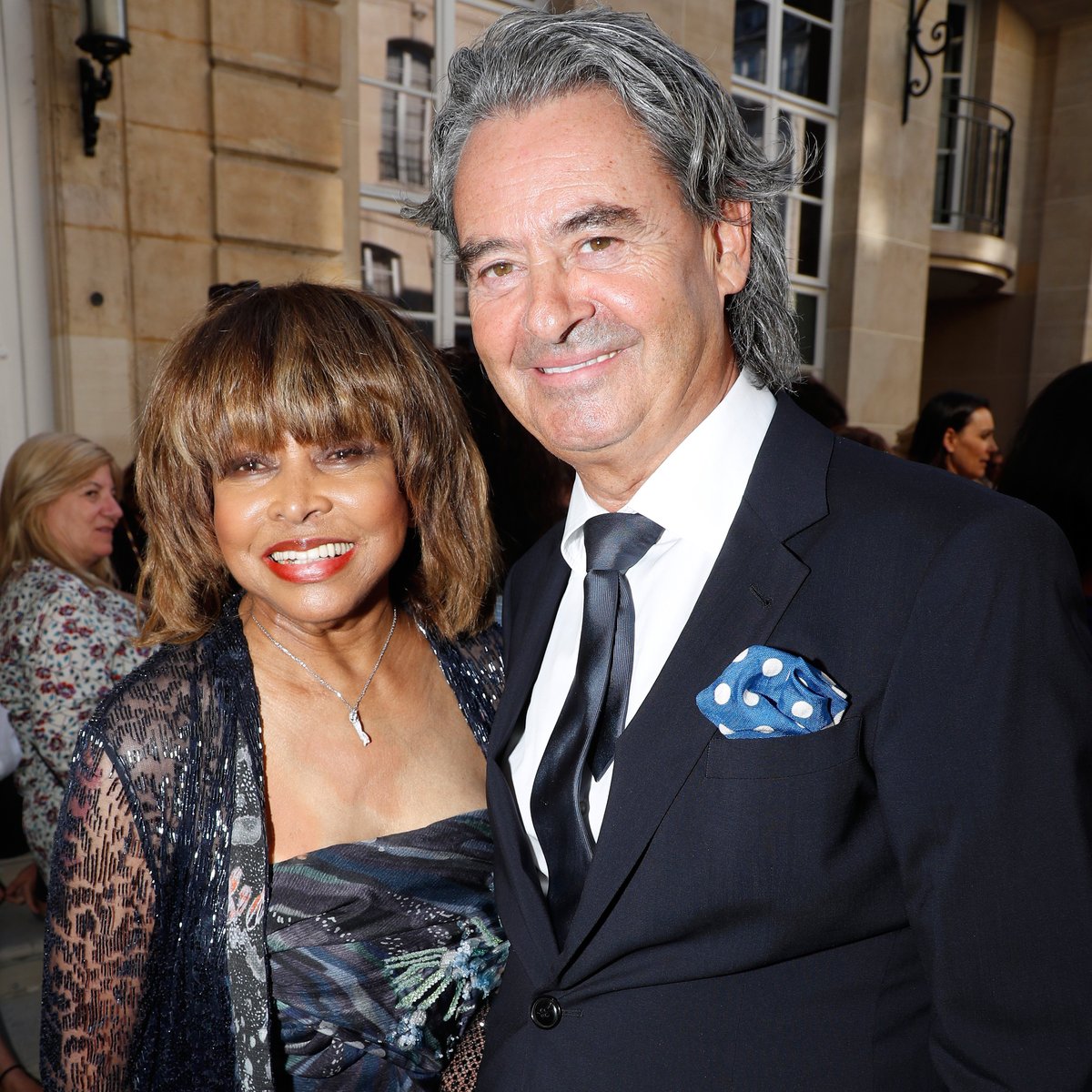 Tina still suffers from Post Traumatic Stress Disorder owing to the abuse she endured. Bach said she still has dreams about that period.

"She has dreams about it, they're not pleasant. It's like when soldiers come back from the war. It's not an easy time to have those in your memory and then try to forget," he said.

"That scene comes back. You're dreaming it. The real picture is there, it’s like a curse," Tina explained.

But in Tina, she explained how she found some peace after Ike's death in 2007.

"For a long time I really hated Ike, but after he died I realised he was a sick person, an ill person," she said.

"Maybe it was a good thing that I met him? That I don't know. It hurts to have to remember those times, but at a certain stage forgiveness takes over. Forgiving means not to hold on, you let it go because by not forgiving - you suffer.

"I had an abusive life, there's no other way to tell the story, so you have to accept it."

Tina is available to view in Australia on Foxtel.