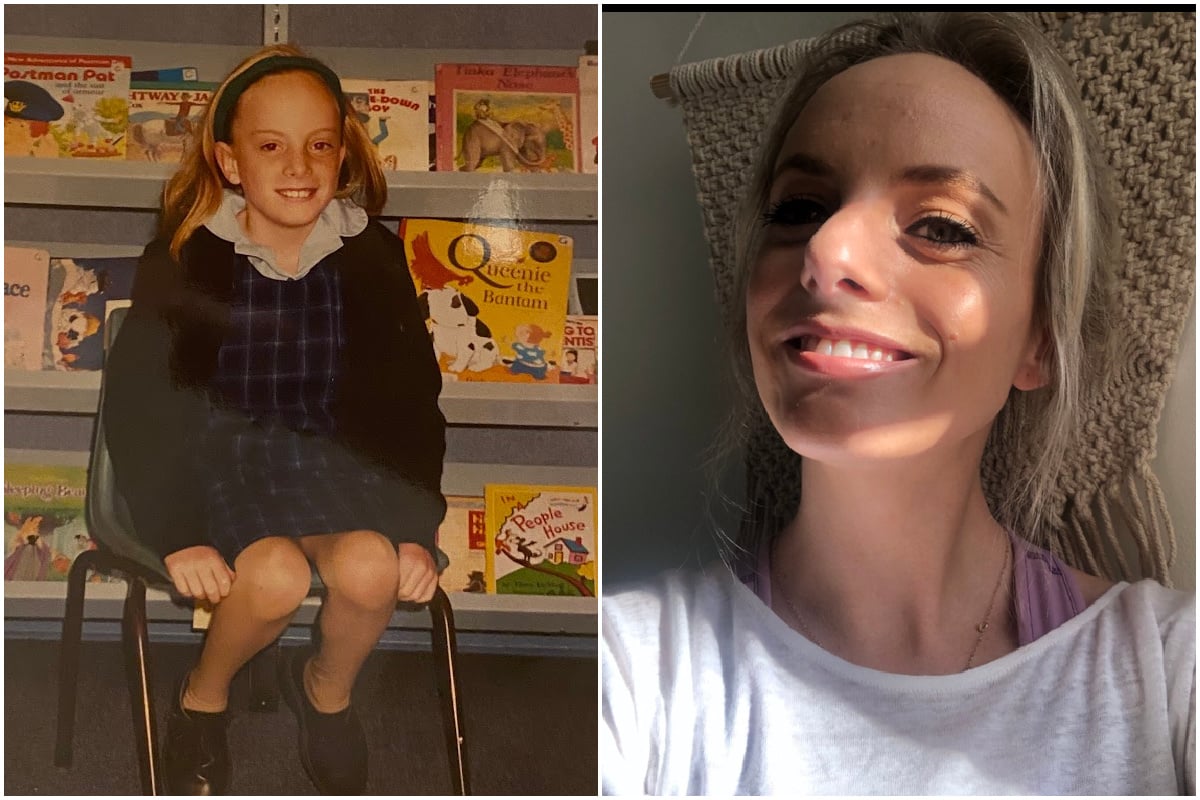 For as long as I can remember, my life has been shrouded in a rather overwhelming cloud of chaos.

I've never once been early. Literally. Twins are renowned for being premature, but not my sister and I. We were on time, and haven't been since. 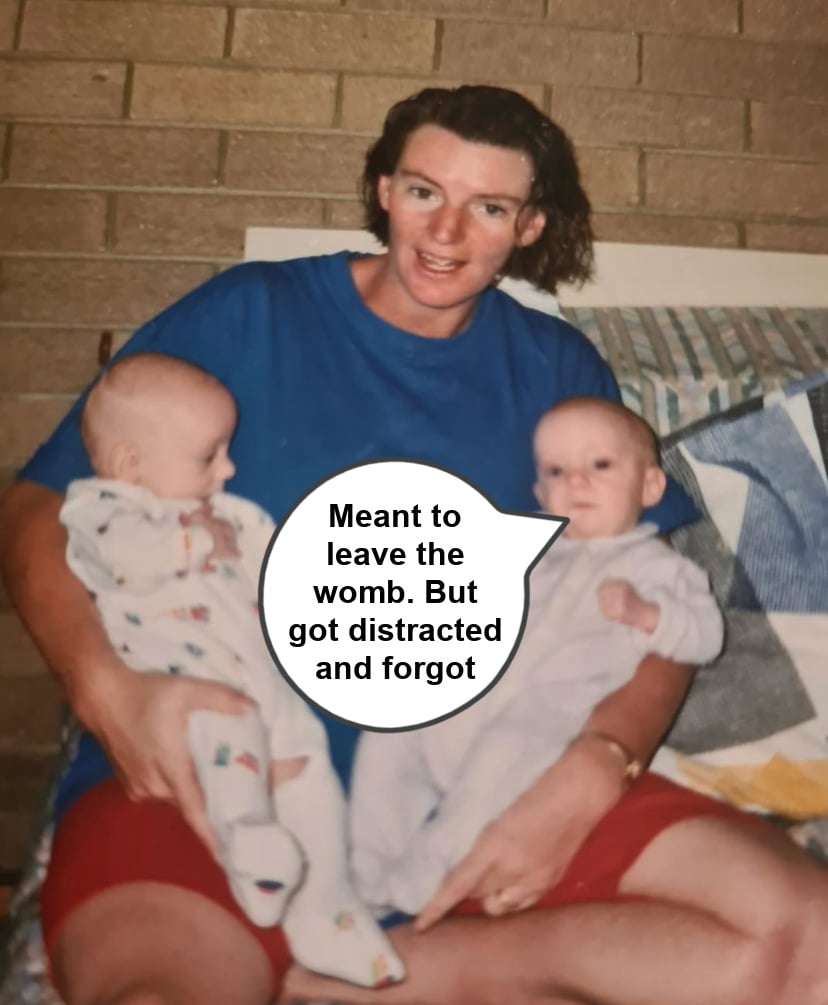 I vividly remember the first time I was given a project in primary school - one that required organisation, time management, a basic sense of how to solve problems, etc. It was a diorama (quick question: why), and I chose to recreate the Jenolan Caves. What I handed in was essentially literally a box with precariously secured cellophane, paint that was still wet and some kind of dough made by my Nan (??) that had started to smell. I remember the shame as the teacher looked at me like: am I ethically required to spend my time marking this piece of shit?

You see, I had left the entire project until the last minute. I can vividly recall my sense of discomfort watching ER the night before, knowing that my potential as a professional diorama maker was disappearing by the second.

The problem is, my mind works like this: I'm given a task. I get quite excited about the task. The Jenolan Caves?! I'll put water in a box. I'll create limestone out of paper mache. I'll somehow learn how electricity works and make the whole thing light up. It'll be stunning. I'll win awards.

That sounds both realistic and achievable.

But then I realise I only have a matter of days to complete it and I don't think there's a way to put water in a box. Also, I don't know anything about paper mache and my sister used the last of the glue. That reality is uncomfortable so I avoid it and avoid it and avoid it until the night before, and the end result is a box of wet paint and an organism that appears to be growing mould.

And the teacher is so mad.

Since I was five, most domains of my life have had 'failed diorama energy.' From getting up and going to work in the morning (why aren't your clothes ironed? Did you brush your hair?), to attending social events (why are you late? Did you buy Mum a birthday present?), to keeping my apartment organised (is that plant dead? Is that rubbish alive?), it's honestly quite stressful.

Then I turned 30 and it stopped being... funny. Instead, it became exhausting. The thing about the failed diorama is that it's quite disappointing, both to you and the person who receives it (and those in the vicinity who can't help but smell it).

Recently, I went down a rabbit hole to explore my time management issues/chronic disorganisation/distractibility. What followed was an experience I can only describe, in the words of Kylie Jenner, as 'realising stuff.'

At the bottom of that hole was a lovely, calm British man named Oliver Burkeman. 'Your diorama didn't fail because you're a failure,' he would probably tell me. 'Your diorama failed because of a fundamental issue with the way you perceive time and what you can achieve within it.' 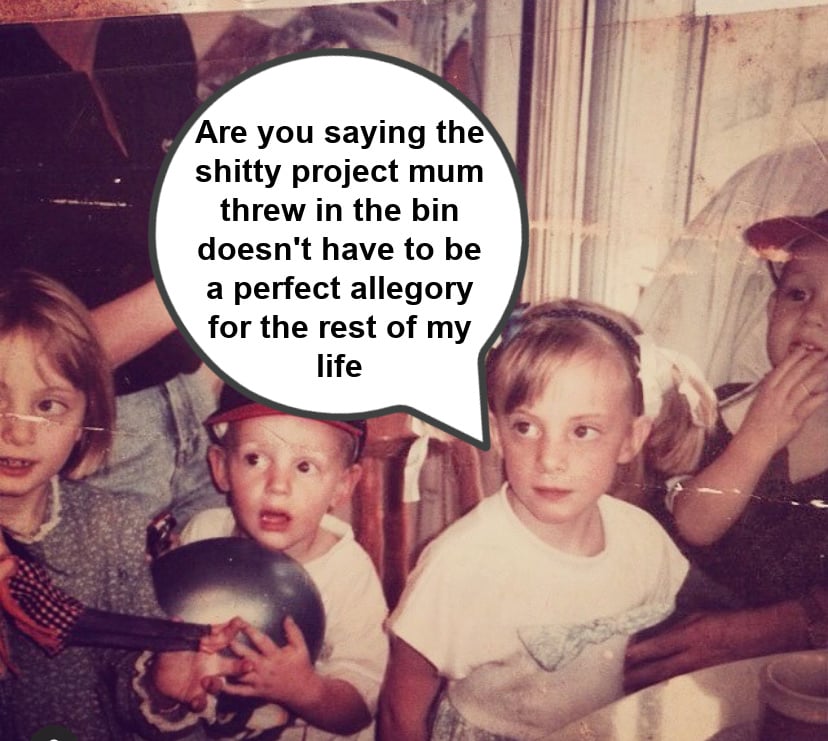 'This changes everything.' Image: Supplied.

That sounds like a lovely way of telling me it's not really my fault.

Here's what Burkeman says, and how it - quite literally - changed my life.

"There will always be too much to do, and this realisation is liberating."

It's taken me years to come to this conclusion - that it's not that I'm lazy or defective or inefficient. It's that there is always going to be too much to do, and that means you have to choose what to ignore.

"The attempt to 'get on top of everything' is doomed," Burkeman writes for The Guardian.

"The upside is that you needn’t berate yourself for failing to do it all, since doing it all is structurally impossible. The only viable solution is to make a shift: from a life spent trying not to neglect anything, to one spent proactively and consciously choosing what to neglect, in favour of what matters most."

Okay. That's been my problem for 30 years but okay.

Burkeman encourages people to not only strategically choose where to focus their time, but also to "choose in advance what to fail at".

Maybe your house isn't going to be perfectly clean, or maybe you won't cook every meal. But you're not to feel guilty about the area of your life you've chosen to go easy on. That's not how this works.

If there's always going to be too much to do, the challenge is not to have 476 things on your to-do list and exhaust yourself by doing as many as possible.

I remember years ago reading that business owner Roxy Jacenko answers every email within a few minutes. At every hour of the day. I'm pretty sure she had just given birth and she was in the hospital bed answering emails.

Then when I emailed her once about a story, she really did respond immediately. It was sickeningly impressive.

For my first few months as Editor in Chief at Mamamia, I told myself I'd be that person. I'd get a reputation. For being so hardworking. And everyone would say 'wow, that Clare is really good at responding to emails. She deserves a prize. Or perhaps a medal. Because email is a competition and she has won.'

Unsurprisingly, no one said that because it's not... true.

Depending on your role, responding quickly to emails might be crucial. But in most jobs, it's one task among countless competing priorities. And if you're putting email first, you might be neglecting other, 'deeper' work.

"What we’re encouraged to believe by productivity culture is that you don’t have to make those trade-offs," Burkeman told The Atlantic. "But that’s out of tune with how things really are."

"Ultimately, [the goal] is to spend more of your limited time on things that matter deeply to you and less on things that don’t. A life spent chasing the mythical state of being able to do everything is less meaningful than a life of focusing on a few things that count."

This sounds lovely. The only issue is: why do I put off doing the things that count?

Doing the things that matter is painful.

I often feel guilty about the fact that the things I procrastinate over the most are the things I would rank as the most important.

Why will I choose to scroll on Tik Tok for two hours, instead of writing the story I've wanted to write for years?

Because, according to Burkeman, doing the significant stuff reminds us of our own mortality.

In a recent interview with Taking Time, Burkeman explained, "I think that one of the reasons the internet is so incredibly appealing as a place to go when a work task seems hard is because there is that phenomenology of limitlessness."

Even though we're finite beings, the internet feels infinite. There will always be more Tik Tok videos, more Instagram posts. We don't need to think about limitations at all.

As soon as we go to do something 'important', however, we're faced with a harrowing feeling. As Burkeman puts it, "I'm going to get to a fraction of the things I care about, which one do I choose?"

You have to come to terms with "the sense that you, firstly, can't do everything in the time you have, and secondly, that you can't control the unfolding of time."

Burkeman tells a story about the lengths Victor Hugo went to in order to stop himself from procrastinating while writing The Hunchback of Notre Dame. He locked all his clothes away so that he couldn't be tempted to wander the streets of Paris, therefore finishing the book pretty much naked. 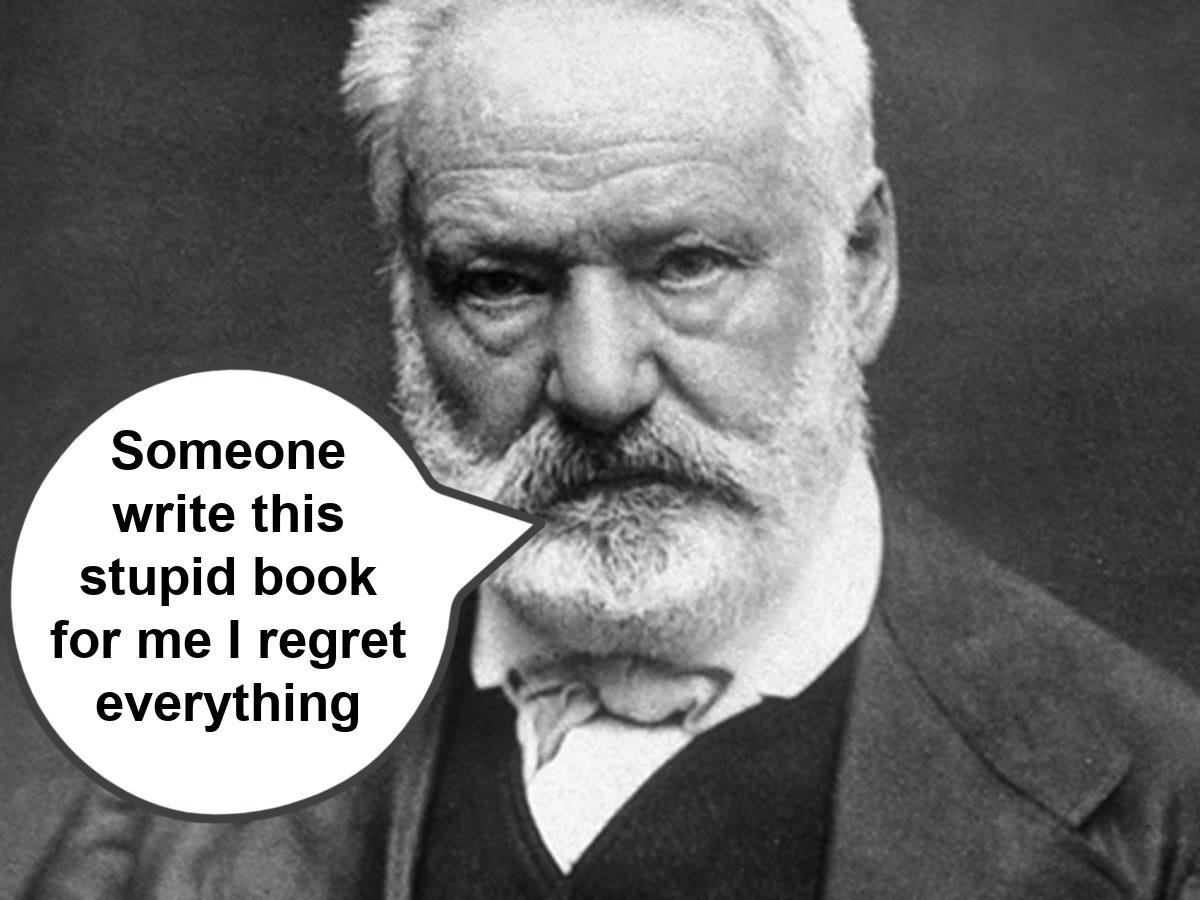 One way to combat this, Burkeman says, is to do the important stuff first.

"If a certain project really matters to you, the only way to be sure it will happen is to do some of it now, first, today, no matter how little, and no matter how many other things may be making entirely legitimate claims in your attention," he writes in Four Thousand Weeks.

He gives two pointed bits of advice: "to work on your most important project for the first hour of each day; and to protect your time by scheduling “meetings” with yourself, marking them in your calendar so that other commitments can’t intrude."

You're only allowed 5 things on your to-do list. Ever.

For years, my to-do list has mirrored my life, in that it's utter chaos.

My lists live everywhere. In my notes app. On Slack. In Google Keep. On a whiteboard that's now been moved to a cupboard and the texta has been on there so long it can no longer be wiped off.

Each of those lists features dozens of tasks.

None of them have ever been completed.

That's why I needed Oliver Burkeman's rule. You can only have five things on your to-do list, and something has to be done before the next task can make it to the list.

Inspired by time management expert Mark Forster, Burkeman suggests you "write down only the five most important tasks you can think of. Then do them, in order, crossing them off as you go. (If you stop before completing one, add it again at the end.) Once the list is only two items long, add three more, to bring the total back to five. Then repeat.

"The point of this austere approach is that you’re regularly required to ask what really needs doing, since there are only five slots."

A limited to-do list also encourages you to do one thing at a time.

"When I’m really in a rut," Burkeman said in an interview with Prolifiko, "I then follow some version of this technique where you literally write down an action on a notebook.

"You’re taking yourself by the hand and telling yourself: 'Okay, we’re just going to do one thing.'

"It’s so gentle and the time horizon is just literally the next five minutes. And of course you can chain together a whole career that way. That’s all you’re ever actually doing is one action after another, right?"

I guess it is.

And it's by putting one foot in front of the other, slowly and intentionally, that we make the most of our time.

Reply
Upvote
2 upvotes
To be respectfully frank Clare, you've just described family members who have ADD/ADHD. Could be worth checking out if you feel you would gain from this knowledge? Regardless, a book they praise is 'Smart but scattered'. Taught them how to use their brain's executive skills, keep up and be organised at work and home. All the best
G
grumpier monster 8 months ago

Reply
Upvote
2 upvotes
I procrastinate most often because I don't think I'm competent enough to do the important things as well as I'd like. The diorama was daunting to the writer because she knew exactly what the finished product should look like, she just wasn't competent enough to execute any of her wildly ambitious plans. On the other hand, there are no such constraints in the imaginary world of tv or social media.