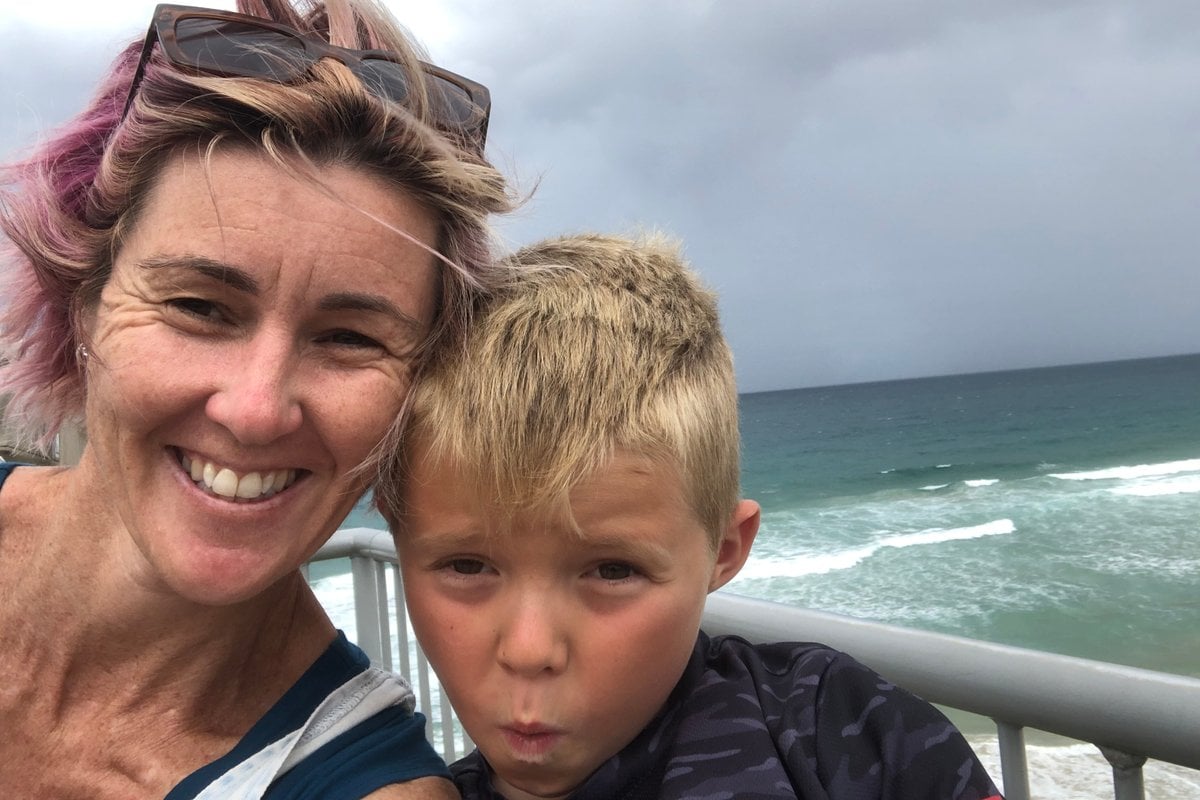 Every January, as I prepare myself for another school year, my mind drifts back to 2013, when my oldest son was about to start kindergarten. With three kids under six years old and pregnant with number four, I was deep in the trenches of babies and toddlers. I was also trying to determine what type of parent I wanted to be.

That Christmas, I was gifted the book Battle Hymn of the Tiger Mother. Written by Yale Law School professor Amy Chua, the book was a memoir of Chua's strict and controlling parenting.

On reflection, I suspect it was given to me as a joke, but I digress.

In the book, Chua writes, "The Chinese believe that the best way to protect their children is by preparing them for the future, letting them see what they're capable of, and arming them with skills, work habits, and inner confidence that no one can ever take away."

The Chinese way of parenting, or tiger parenting as named by Chua, is based on setting high expectations and providing a rigid structure, routine and support to achieve greatness.

To say I inhaled the book is an understatement. I read and re-read it; I probably even took notes. Despite the scathing reviews of Chua's book and parenting style, I loved the idea of raising successful, determined children with a hard work ethic.

Why did it appeal so much? I could imagine the structure and well-defined goals gave the kids a laser-sharp focus. I could see how they would learn to be productive, responsible, and want to succeed.

But was it the panacea of parenting? I had so many questions... did I really want to decide the goals for my children? Would their self-worth only be linked to winning? Was I likely to cause anxiety and depression parenting this way? If I was going to be really honest, I wasn't sure I had the time, energy or tenacity to see it through.

As I often did when it came to parenting books, I decided that the best approach was to choose the advice that felt right for me and leave the rest behind.

So, which elements of 'tiger parenting' did I lean into?

At first glance, this might seem at odds with having four children, but it's the only way to ever get out the door on time.

Ever since my eldest son was only a few weeks old, 7pm was bedtime. It was the only part of the strict Gina Ford schedule I adopted. And it was a blessing. No matter how crappy or tiring my day had been, I knew that by 7pm, four small children would be in bed, and I could sit on the sofa with a glass of wine. No child ever questioned why they had to be in bed at 7pm (until they were much older); it was just what happened.

With kids now at high school, we often don't start dinner until 7pm. Yet we maintain a structured school week with consistent routines. Everyone knows the plan, and as a result, the kids are organised and take responsibility for contributing to our family. 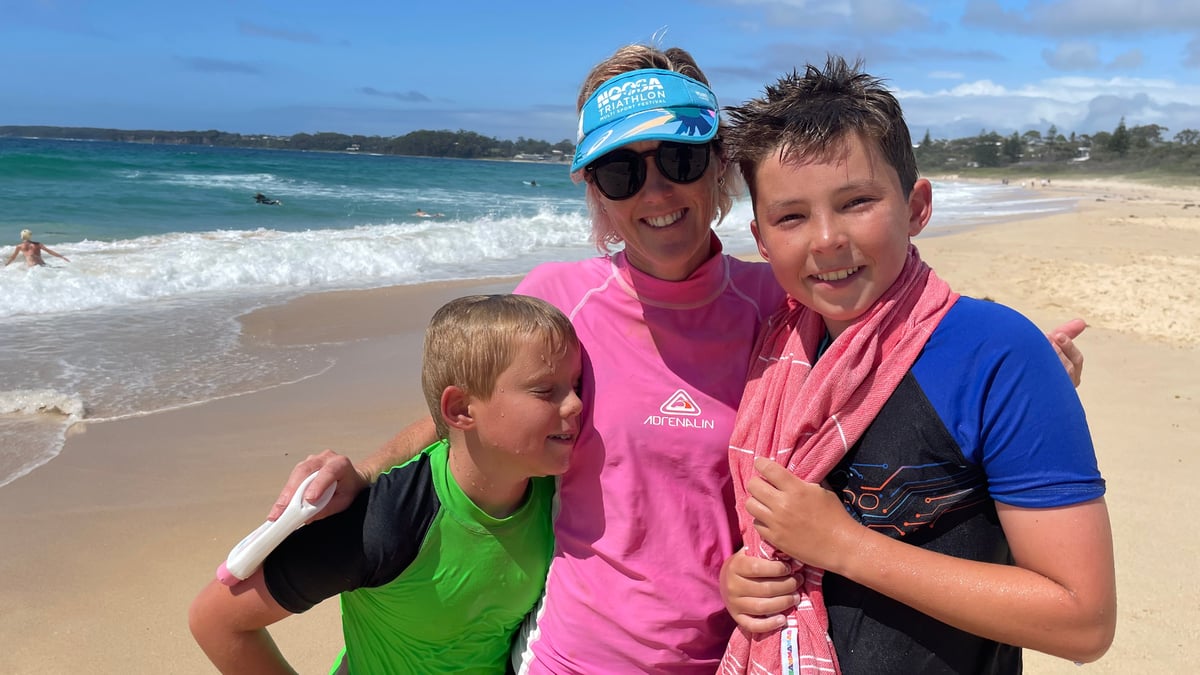 "If my kids sign up, they have to show up, physically and mentally." Image: Supplied.

Like Chua, I expect my kids to work hard and give their schoolwork and chosen activities the time, energy and focus they deserve. If my kids sign up, they have to show up, physically and mentally. Unless sick or injured, training sessions and game days are non-negotiable to honour the commitment they made to their team. The payoff? The kids are self-motivated and eager to improve and succeed.

It seems old-fashioned, but the kids must show respect to their teachers, coaches and instructors, not talk back, and not stuff around with their mates. Yes, sometimes a referee will make the wrong call, and sometimes you will get in trouble for something you didn't do. Sure, it sucks. Accept your fate, come home and have a moan or calmly and politely state your case. But don't throw a tantrum or rudely go into battle just to be 'right'.

What did I choose to ignore?

Nothing makes me happier than the kids disappearing for hours on their bikes or their friends dropping in for a swim. Going for a surf with the kids is a joy because I get to hang out with them doing something we love. Not because they (or I) have aspirations of being a pro-surfer, but because it's fun and good for the soul.

Motivating through fear and punishment.

I am more a carrot than a stick parent. I celebrate with the kids when they do well and help them learn from their mistakes. I want them to tell me when things don't go to plan without fear of retribution. Sure, I might be disappointed when they fail a test, get a low grade or don't get into the sports team they'd hoped for. But if I scream and yell how useless they are, would they bother to tell me next time? I prefer they share their disappointment, and we create a plan to do things differently next time.

Tiger parenting is a competitive sport. After all, for your child to win, another has to lose. You can't show weakness or strategise with others to give your child the edge. I can't tell you how many times I have compared parenting notes over coffee and laughed about parenting fails with a glass of wine. My gorgeous friends are on this parenting journey with me. They make me feel normal and loved, and never alone.

It has been nine years since my eldest started kindy, and I often think about Chua's book. I don't want the kids to graduate high school and tell me they'd wished I'd been stricter and pushed them harder. Now the kids are older, I ask them what they think. What do they say? They just roll their eyes and tell me it doesn't sound enjoyable at all.

Angela Eves is a mum to four crazy humans and two even crazier golden retrievers. Requires coffee to function. Believes everything is better when coloured, from hair to walls, and anything in between.