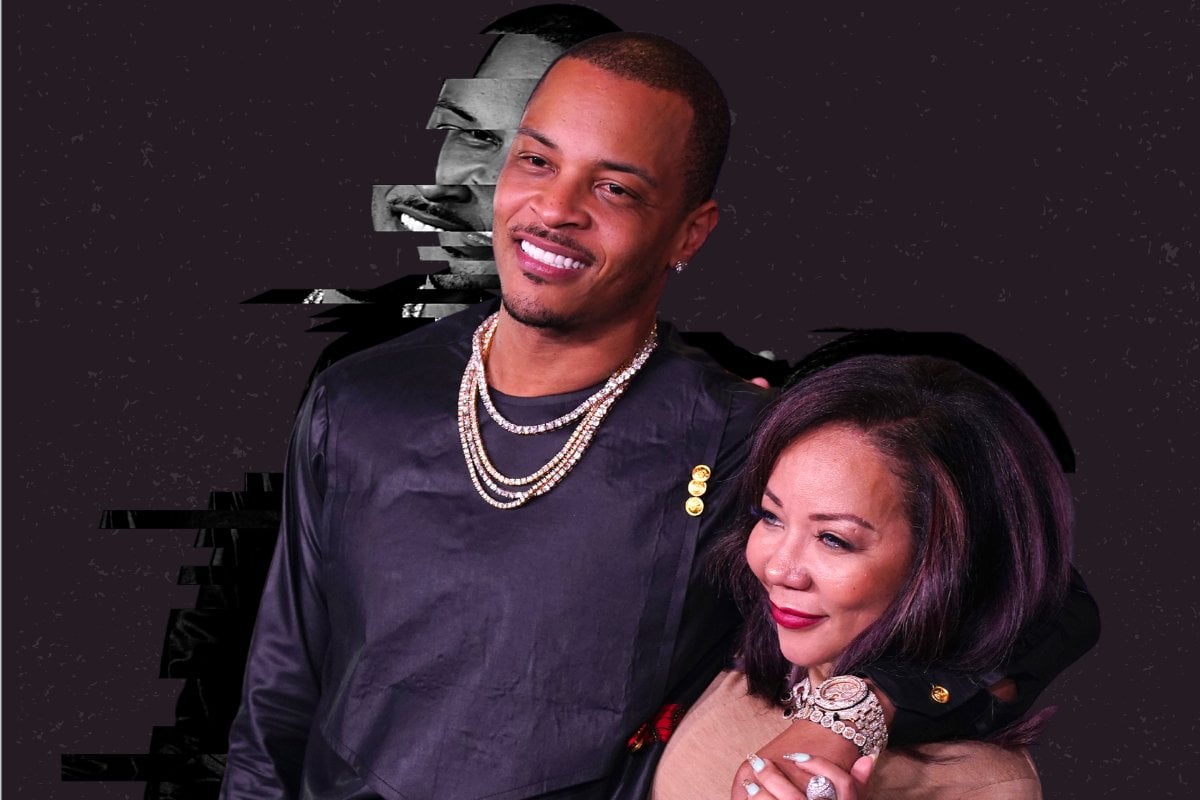 A lawyer has approached law enforcement in two US states, seeking criminal inquiries into rapper T.I and his wife Tameka 'Tiny' Harris.

The couple, who have been together on-and-off since 2001, have been accused of sexual assault and many other forms of abuse by dozens of alleged victims.

Watch: The hidden numbers of violence against women. Post continues below video.

The first accusations began circulating on social media weeks ago when Sabrina Peterson, a former friend of the couple, posted a series of screenshots that alleged sexual abuse.

T.I and Tiny denied Peterson's claims, leading her to state she was willing to take a lie detector test to prove it and allege T.I, real name Clifford Harris, put a gun to her head in front of her children.

Now, more than 30 women have come forward with their own claims of abuse.

What are the allegations against T.I and Tiny?

Attorney Tyrone A. Blackburn said more than 30 women had contacted him accusing T.I, Tiny and their associates of various crimes including "forced drugging, kidnapping, rape and intimidation" in at least two states, Georgia and California.

He has sent letters to each state's attorney general requesting them to open 11 investigations into alleged assaults between 2005 and 2018.

The letters also include claims of nonsexual intimidation, assault and harassment.

Four accusers are seeking criminal charges, including on two instances of alleged rape. 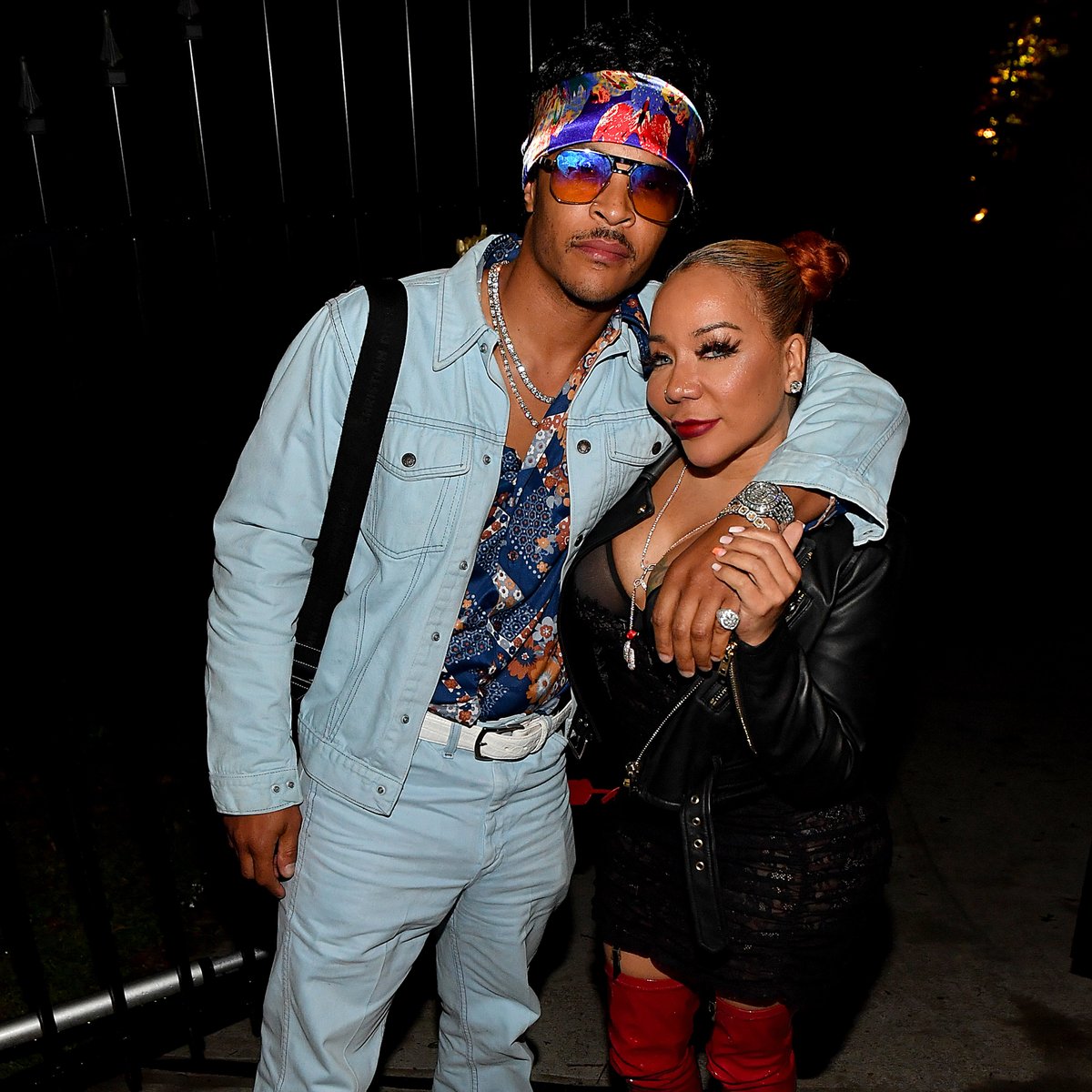 A military veteran, a former friend and assistant, an exotic dancer and a teenage intern at T.I.'s record label, Grand Hustle, were among the accusers, Blackburn's letters said.

"Criminal allegations span over 15 years of methodical, sadistic abuse against women in various venues throughout the country," the lawyer said in a press conference.

"This matter is ongoing and I suspect will evolve with the passage of time as more persons of interest come forward."

After hearing "one harrowing recollection after the next," Blackburn said an investigation was warranted.

"We are here now to raise awareness and it is the responsibility of the authorities to do their own investigation and to prosecute as needed."

Most of his clients were anonymous "in fear of their lives and safety", Blackburn wrote in the letters, as reported by the New York Times. The Times also stated it had seen messages or photos to support three of the cases.

The allegations from the air force veteran, who was 23 at the time, involved being drugged in a club in 2005. She claimed after she became incapacitated; she was raped by T.I and Tiny in a hotel room.

In a video posted to Instagram in January, T.I. said all of his sexual interactions were consensual. He said they had never drugged or held anyone against their will.

Another of the accusers said she had been a friend of Tiny since they were teenagers and began working for the couple in 2005.

"On several occasions T.I. forced her to take multiple ecstasy pills" and "the duo forced her to engage in sexual acts with different women against her will," Blackburn wrote in one of his letters.

"She has personally witnessed women complaining of being kidnapped and held against their will for days at a time."

Accusers told the Times they felt at ease with T.I and Tiny before the alleged offending, because the pair were a committed couple and they did not consider Tiny, nicknamed for her small statue, predatory.

Earlier in February, Banks wrote on Instagram: "T.I. is still sitting up there trying to convince himself and the public that he didn't also threaten to cut my throat and push me down a flight of stairs. Yet wants to sit up there and act like the f**king black saviour."

On Instagram, she reiterated her claim and said her 'redemption arc' was coming amid the news of Blackburn's legal involvement. 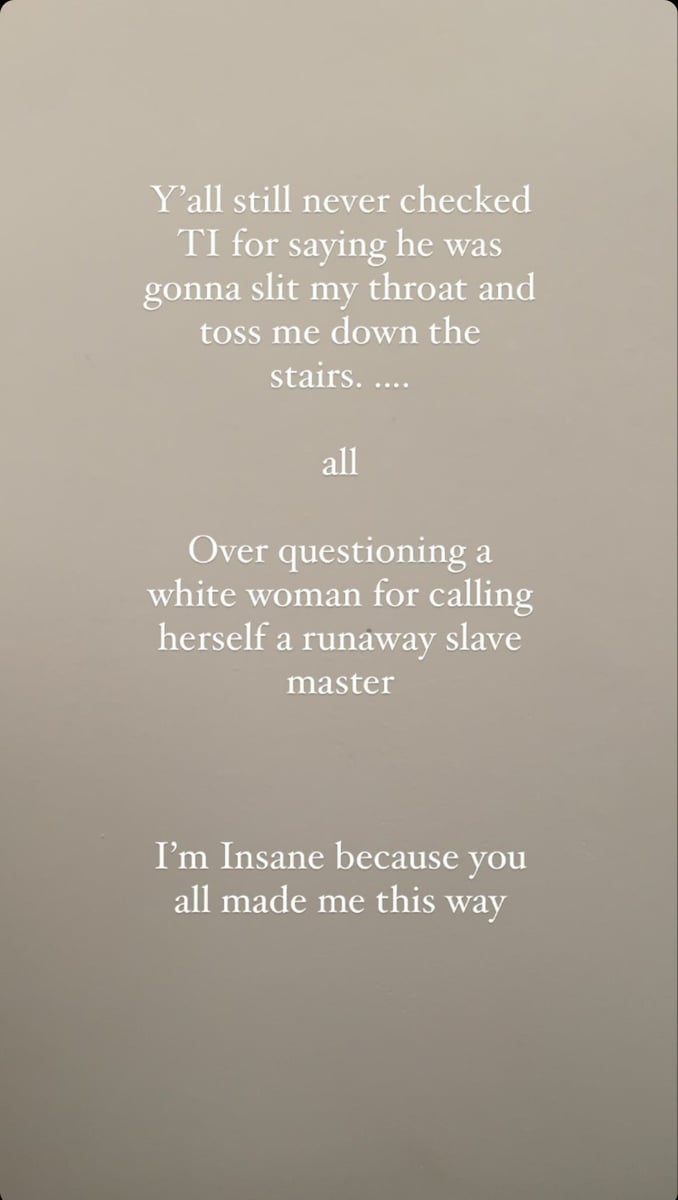 What have T.I and Tiny said?

The couple have denied any wrongdoing.

"Clifford (T.I.) and Tameka Harris deny in the strongest possible terms these unsubstantiated and baseless allegations. We are confident that if these claims are thoroughly and fairly investigated, no charges will be forthcoming," their lawyer Steve Sadow said.

"These allegations are nothing more than the continuation of a sordid shakedown campaign that began on social media. The Harrises implore everyone not to be taken in by these obvious attempts to manipulate the press and misuse the justice system."

T.I has also shared screenshots on social media alleging the screenshots and claims shared by former friend Peterson are fake.

Despite the many gaffes, T.I had tried to rehabilitate his image before the recent spate of accusations. He'd transformed himself as an activist and framed himself online as a dedicated family man, but these accusations - and possible future legal proceedings - have derailed this.

T.I and Tiny, singer in R&B group Xscape, began dating in 2001, just before the release of his debut album I'm Serious.

They married in between two of T.I's prison stints. He served nearly seven months in 2009 on federal weapons charges, and was sentenced to 11 months in 2010 for breaking his parole when they were discovered in possession of ecstasy.

They also have two sons and a daughter together.

The couple starred in a reality TV show, T.I. and Tiny: The Family Hustle, about their relationship from 2011 to 2017.

"We are aware of the allegations, and while they are not connected to our show, we have reached out to T.I. and Tameka Harris, as well as local and state officials," an MTV Entertainment spokesperson told Deadline.

"Given the serious nature of the allegations, we have decided to suspend production in order to gather more information." 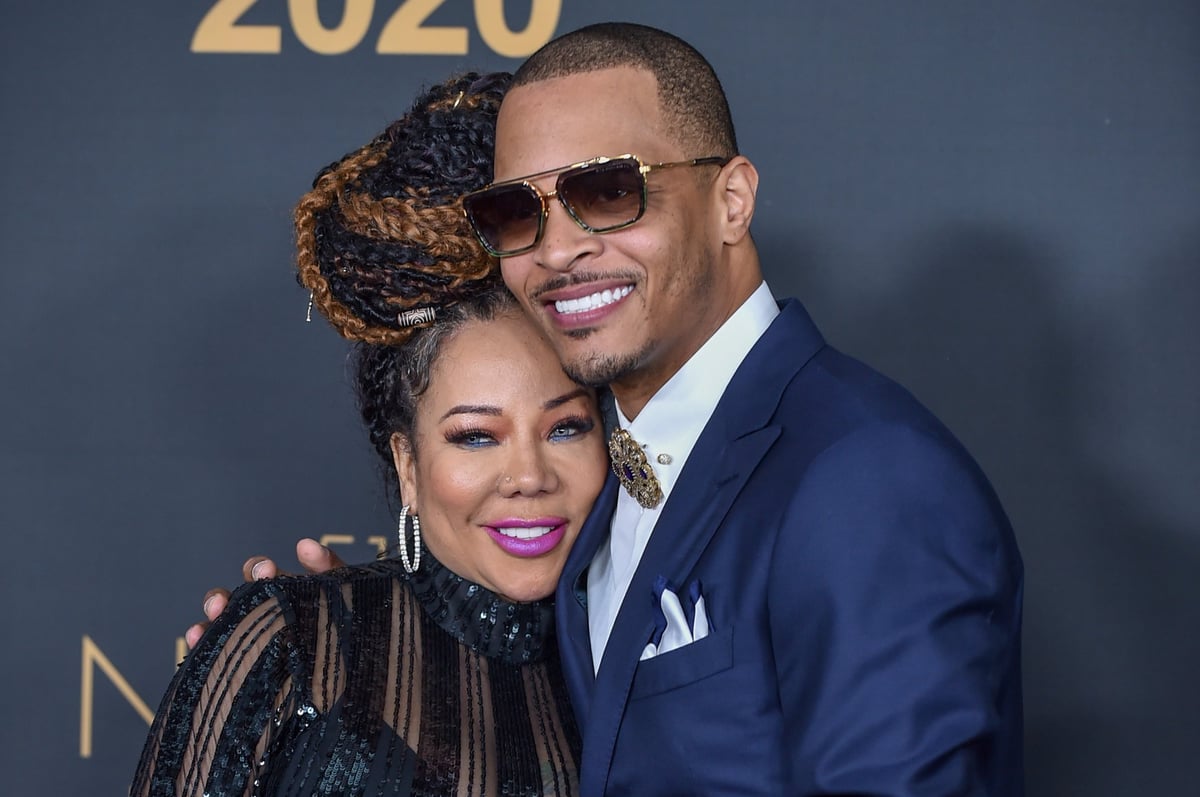 In 2015, T.I apologised after saying during a radio interview he could not vote for Hillary Clinton for US President because she was a woman.

"Just because, every other position that exists, I think a woman could do well. But the president? It's kinda like, I just know that women make rash decisions emotionally - they make very permanent, cemented decisions - and then later, it's kind of like it didn't happen, or they didn't mean for it to happen.

"And I sure would hate to just set off a nuke. [Other leaders] will not be able to negotiate the right kinds of foreign policy; the world ain't ready yet. I think you might be able to [get] the Loch Ness Monster elected before you could [get a woman]."

In 2016, Tiny filed for divorce, amid accusations of infidelity on both sides, but soon after the pair began a reconciliation.

Tiny dropped the divorce filing in 2017.

In a conversation with Jada Pinkett-Smith on her Red Table Talk web show, Tiny said she realised T.I 'strayed' from the relationship because he had not come to terms with how independent she had become while he was in prison.

In November 2019, T.I. faced worldwide criticism after telling the Ladies Like Us podcast that he annually accompanied his 19-year-old daughter Deyjah Harris to have her hymen examined to confirm her virginity.

Read more: 'T.I., sir. You need to stop obsessing over your daughter's vagina.'

"'Is there anything you would not want me to know?' 'See doc? No problem.'

"So then they come and say, 'Well, I just want you to know that there are other ways besides sex that the hymen can be broken, like bike riding, athletics, horseback riding, and just other forms of athletic physical activity'," T.I. continued.

T.I, of course, said he did not hold his teenage son to the same standards of virginity.

In June 2020, Deyjah addressed the controversy, saying the experience was "traumatising", had negatively impacted her relationship with her father and that she wanted to be a better parent than he was.

If you require immediate help, call 000.