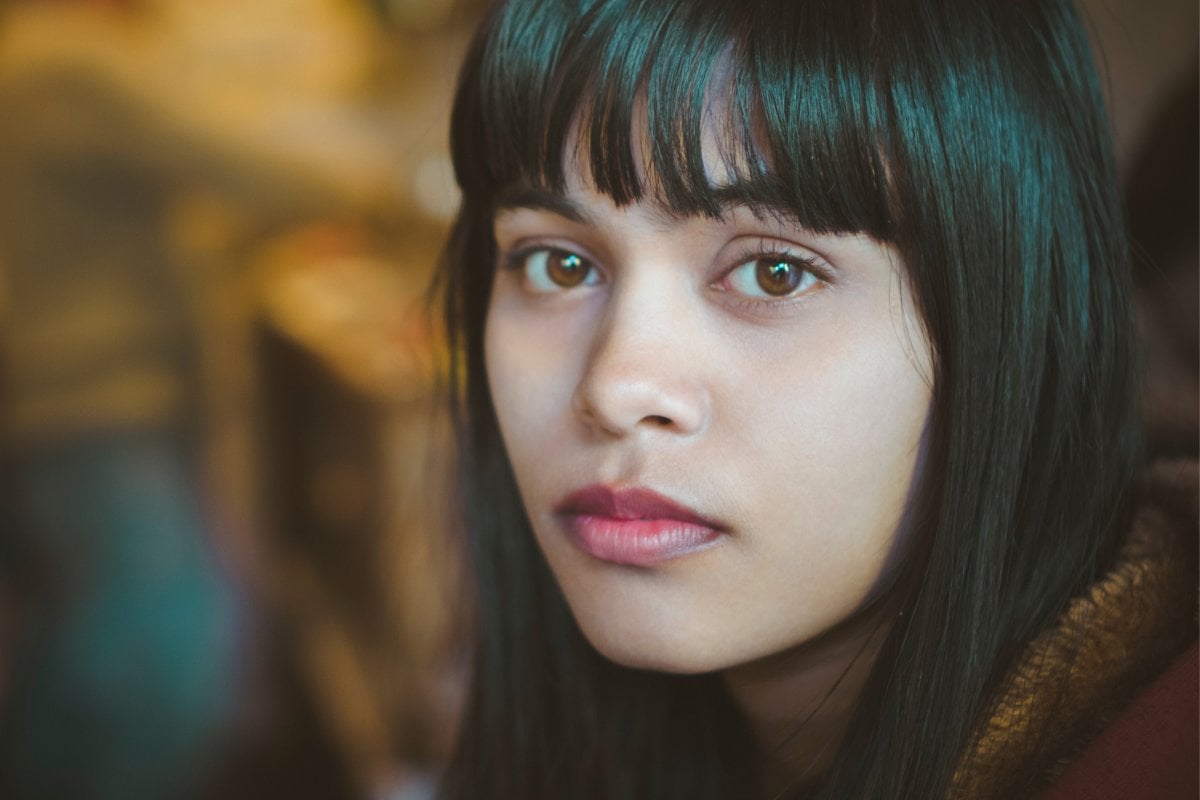 I have a debt of between $6000-$7000 strewn across two credit cards that are maxed out, and my boyfriend doesn’t know about it.

I’d like to say I’m paying it off, but I tend to pay back the minimum and mostly ignore it. My debt has always felt intensely personal, like telling someone the number of sexual partners I’ve had. It just feels like irrelevant information that only really impacts me, but I’ve been living with my boyfriend for over a year now and I’m wondering: should I tell him?

I didn’t originally plan to keep the debt from him. It just didn’t feel like any of his business for a long time. We were simply dating, and our bank balances didn’t come up, and then we moved in together.

Watch: 5 money lessons your parents told you that you should probably forget. Story continues after video.

Sure, we’ve shared our salaries and our basic financial goals, but we live in the expensive inner city, so big dreams like buying a house aren’t exactly near in our future. We do talk about day-to-day money, like who’s paying for what and how we want to split certain things, but still my debt hasn’t come up.

Now, I know what you are thinking. Maybe you should bring it up! But I’m not sure. Should I? When does the money I owe become relevant to him? I suppose my reluctance stems from not wanting him to judge me about how I spend my money or even what I splurge on.

Then there’s the emotional side of it: admitting I have debt, feels like admitting guilt and, to some extent, failure. "Look at me, I can’t manage my money!" And I suppose I’m just not prepared to face his reaction. Logically, I know he's a sensible, reasonable and kind person, and he’d probably approach my debt with fresh eyes and see it as something we could get rid of.

Still, that makes me feel a bit uncomfortable too. Weirdly, I don’t like the idea of anyone taking ownership of my debt but me. This debt has been with me for years now, through break-ups, degrees and even the occasional break-down. Somehow, it feels like something I want to solve on my own.

I also don’t tell him because I know the amount of money I owe isn’t crazy. I know plenty of people are in way more debt than me, and I also figure eventually I’ll buckle down and pay it off. It isn’t such a huge debt that isn’t ultimately very manageable, but it is enough that now it feels like I’m hiding it.

It doesn’t help that my boyfriend is very good with money. The kind of guy who always packs his lunch for work, scrimps on small stuff, so he can enjoy the big stuff and has a nice chunk of savings in his account for a rainy day.

The truth is, money stuff is hard to talk about at the best of times, and sharing my debt with him feels like sharing a giant vulnerability. Still, not sharing it now feels like maybe I’m hurting our relationship. Will he find out one day and be mad at me? Will he just not think it is a big deal? Will he judge me?

Listen to What The Finance and join Melissa, break down all the misconceptions about personal finances. Post continues after podcast.

I feel strongly that in this relationship, it is so important for me to keep my financial independence. But I wonder, is that clouding my judgement and stopping me from sharing something I should?

For now, I believe that until we need to combine our cash for a house or to raise children, it probably really isn’t any of his business.

Would I feel the same way if he was the one with the debt? That’s a question I’m not so sure about. But I don’t give the impression to him that I’m a financial guru, so I don’t think he’d be too surprised.

At least for now, it is my secret, and I’m keeping it.

F
Furui a month ago

Reply
Upvote
I understand this, I’ve had a similar experience.  I was ignoring it as I didn’t want to think about how I got into debt in the first place - a few major life events, medical bills and years of an emotionally abusive person giving me bad financial advice as they enjoyed seeing me suffer and get into debt.  I was also embarrassed and didn’t speak about it, it was easy enough to ignore as I always made the monthly payments but never really made a dent.  I started paying off small extra amounts and dropped the credit limit so I couldn’t use it again.  Once you start reducing it you’ll probably be more confident telling your partner about it as you can show you’re dealing with it.  I haven’t spoken about it as I’m single, but I think I’d be upset if someone kept a secret like that from me if it was getting serious.  You’ll know when the time is right, but start thinking ahead.  You don’t want to have to deal with this at the same time as a big life event like buying a house, having kids.  Once you’ve paid it off put the same amount as the repayments into a savings account and don’t touch it, one day you’ll be really grateful to have access to that cash when you really need it.
C
cadds a month ago

Reply
Upvote
1 upvotes
The thing is that there are actually two issues here, and one is debt and the other is disclosure of the debt. So separate them. Telling him is about being reliable with money (and secrets). Crucially, you can tell him about the debt without him owing part of the debt if you make it clear that you will handle it.
You can say that you have a debt that predates him, so you and you alone will get rid of it. Then make whatever arrangements are required so that it doesn't affect him. If you have combined your finances, then you could each keep an allowance and you could use some of yours to pay the debt. If you have separate finances then just pay it off with your money that you control.
Credit card debt is expensive and best avoided. So it's in your best interests to get rid of it. If he knows, and is good with money, and doesn't feel that he's been suckered with half of it, he may help you in other ways (such as making your lunch too, or not wanting expensive outings, or money tips).
Resources
Very Peri
Skin
News
General
Opinion
True Crime
Politics
Sport
Explainer
Entertainment
Celebrity
Reality TV
Movies
TV
Books
Rogue
Royal
Lifestyle
Beauty
Fashion
Weddings
Home
Wellness
Health
Fitness
Travel
Food
Family
Before The Bump
Pregnancy
Baby
Kids
Teens
School
Parent Opinion
Work & Money
Money
Finance
Career
Lady Startup