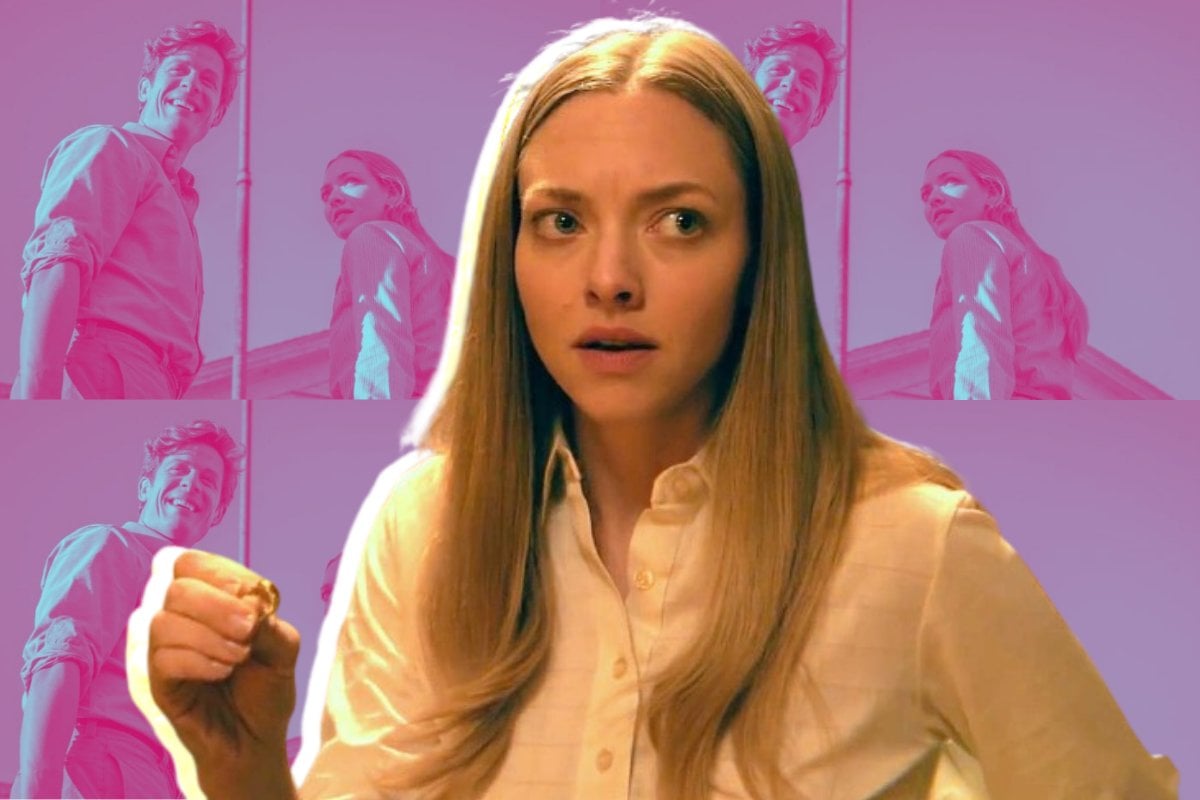 Content warning: This post contains spoilers for Netflix's new movie, Things Heard and Seen. If you haven't watched it yet, maybe watch it and meet us back here?

Netflix's new movie, Things Heard and Seen, could best be described as a haunting horror, a murder mystery, and a slow-burning tale about the disintegration of a marriage and the impact of domestic violence on the family unit.

It stars Amanda Seyfried and James Norton, as Catherine and George, a New York City couple who move into an Upstate New York house in the 1980s, when George lands a job at the local college.

As soon as the couple moves in, Catherine and their daughter Franny begin to hear and see things around the home.

Catherine soon learns the truth about the house and its past owners, before the house's true horror impacts her own marriage and life.

So is Things Heard and Seen based on a true story? Kind of.

Here we break down the source material and real-life events behind the Netflix hit:

The Netflix movie was directly inspired by Elizabeth Brundage's 2016 novel, All Things Cease to Appear.

Both the book and the film are based on the same premise, but there are key differences in the structure and plot.

In the book, from the opening scene it's clear that Catherine is dead. George arrives on the neighbour's doorstep with Franny and he immediately becomes the prime suspect in Catherine's murder.

In the movie, we see blood dripping from the ceiling and George grabbing Franny and running across the field. It's implied that something nefarious has happened but we don't find out what until the end of the film.

In the novel, Brundage uses flashbacks to demonstrate the issues in Catherine and George's marriage and what had happened at the house before they moved in.

The novel also goes into more detail about the impact Catherine's death has on Franny's life. The final section of the novel is set in 2004. Franny is a surgical student, and she receives a phone call asking her to return home as the family estate has finally been sold.

The film, on the other hand, ends with George's implied death.

So what inspired Brundage to write the book?

The book was actually inspired by the author's own life.

In the late 1990s, Brundage, her husband and their six- and three-year-old daughters moved to Malden Bridge in Upstate New York.

On her website, Brundage describes driving past an old house with a 'For Rent' sign hanging from a tree. The family got out of the car and explored the grounds, smelling the sage and wild onion.

Then Brundage found a dutch door. She tried to open it but it was locked and then the bottom part of the door mysteriously opened.

The author said it felt like an invitation. The family climbed through the door on their hands and knees and ran through the house exploring. Later they signed a lease and moved in.

But they soon realised they were not alone.

"Every morning on the way to school the girls told me stories about the ghosts, three little girls who had died in a fire and whose mother and father were up in heaven," Brundage wrote on her website.

"I opened a cabinet in the built-in corner cupboard of the dining room – for some reason I had never opened it before – and discovered three pairs of children’s shoes – little brown leather boots, probably stitched together in the early 1800s, that would perfectly fit those little girl ghosts, matching the ages that my daughters had described."

"That led me to Emanuel Swedenborg, an 18th century Swedish philosopher and mystic who believed in the existence of heaven and hell and that, after death, we experience a rich and complex afterlife," she explained on her website.

This research allowed Brundage to pull together all the threads of her book.

"This information provided a fascinating subtext and opened up the larger world of the novel, allowing me to pull together the disparate strands of ideas in my head – a horrible, unsolved murder, the ghost of an unresolved woman, three brothers who grow up without her, and a once thriving agricultural community in the throes of urban gentrification."

Wait... was there a real-life murder?

When writing the book, Brundage was also inspired by the 1982 murder of Cathy Krauseneck.

James and Cathleen 'Cathy' Krauseneck, who were 30 and 29 respectively at the time, had been married for eight years and lived with their three-year-old daughter in Brighton, New York.

They seemed like they had the picture-perfect marriage until February 17, 1982, when Cathy was found murdered in their family home, with an axe lodged in her skull.

James claimed he'd left for work at 6:30am that morning and came home that evening to be confronted with the scene. Cathy's bludgeoned body was on the bed in their bedroom. Their daughter, Sarah, was alive and well in another part of the house. 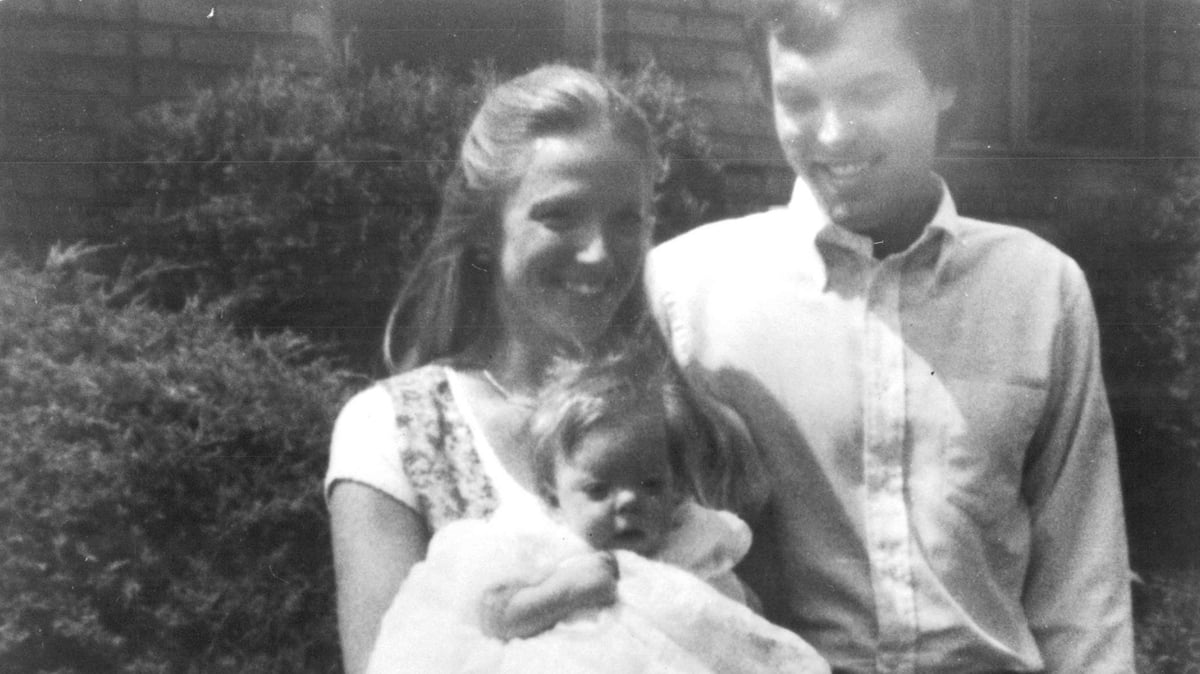 "The thing that really motivated me to explore the (homicide) case as the potential architecture for a book were those long hours that this little girl was alone with her mother," Brundage recently told The Democrat and Chronicle.

"I definitely used main points of the crime for the novel," she told the publication. "As a novelist I was trying to do right by Cathleen."

Over the next 37 years, investigators attempted to solve Cathy's murder but were met with dead end after dead end.

In 2015, the case was reexamined with the FBI's assistance and in November 2019, James was finally arrested for his wife's murder.

James has continued to maintain his innocence and the couple's daughter travelled to court to support her father.

Things Heard and Seen is streaming on Netflix now.