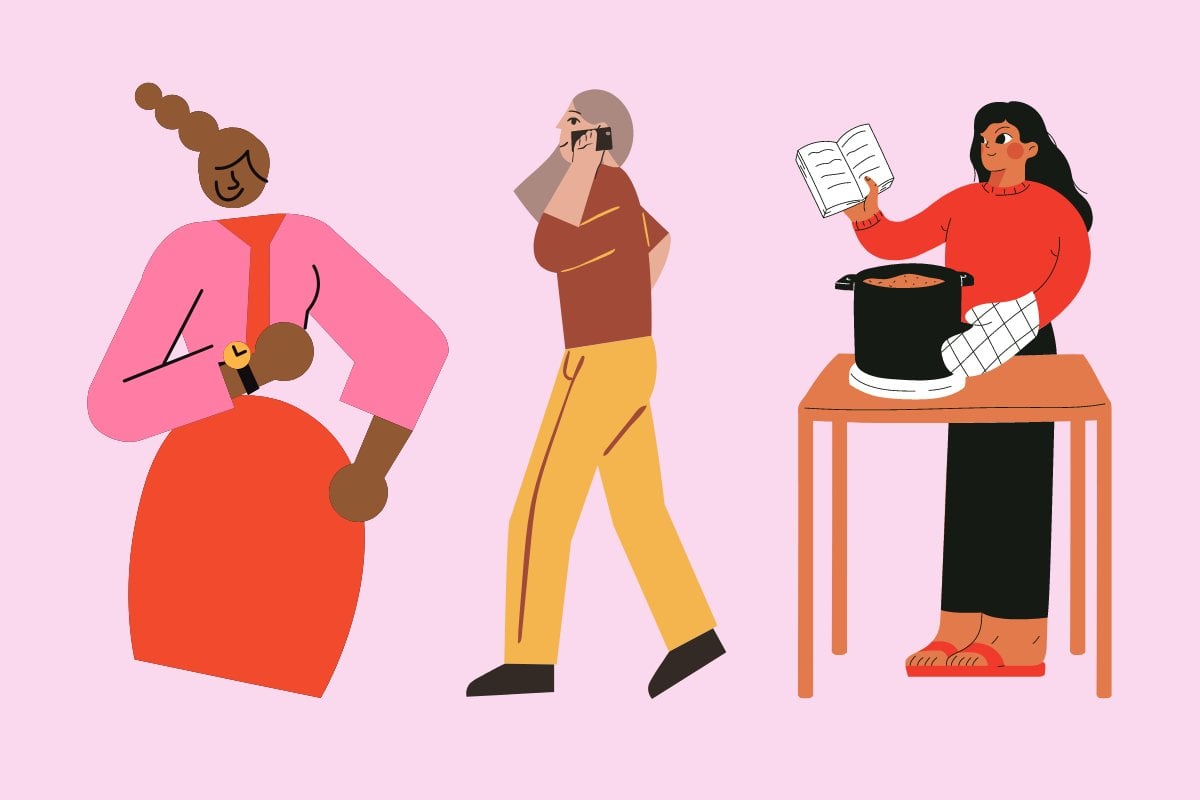 Something disturbing happened to me while scrolling social media.

I came face-to-face with my own mortality, as an aging millennial, thanks to a simple video from a man I have never seen before that really felt like a personal attack.

In it, the man asked members of his family to show him the hand signal for a phone - you know, what you'd gesture if you were telling someone 'call me!'

His wife did it how I'd imagined. Hand to the ear, little finger and thumb extended to represent the speaker and microphone parts of a landline phone.

Then he asked his young daughter, and she just... held her palm to her ear. A flat palm. No extended pinky, thumb straight up against the rest of the hand.

It disturbed me greatly.

Technology has changed so much since the 90s and early 2000s that kids may not have ever actually seen or used a landline phone. That makes sense because who even has one anymore, but I hadn't considered what this means for a pretty simple, widely known hand gesture.

It turns out, there are a bunch of things those of us 25 and older have been doing all our lives that will die out with us. Apologies in advance for this, it may plunge you into a quarter or mid-life crisis.

Back in the day, cursive (or 'running writing') was important because it was the most efficient way to use ink and a quill. I'm not that old, but still recall very clearly learning how to link my letters together in primary school.

It's still taught in some schools in Australia, but there's long been debates over whether to remove it for good because of you know... typing.

Cursive was taken out of nation standards in the US way back in 2010, though some states have different rules about whether or not it must be taught, and it's also a bit of a 'sometimes' thing depending on what school or area you find yourself in within pretty much the entire Western world, including Australia.

Just saw a trend on TikTok challenging people to write their name without lifting their pen... Does Gen Z think they invented... cursive????

And you know if kids aren't learning it, they're going to have a really hard time reading it.

Tapping your wrist to ask the time.

People don't really need watches anymore, because our smartphones display the time instead. While older generations are still rocking watches (smart or not), the youngins' reckon they're a bit pointless.

Which makes the tapping your wrist for the time gesture also rather irrelevant.

So I'd very much like to know how they passive aggressively tell people to hurry up?

Rubbing your fingers together to mean 'cash'.

To be fair, I don't think I've carried cash on me since 2009, so I get this one. But it's still just... a thing we all know exists? Except for the kids, apparently.

Saying 'hang up' the phone.

ANOTHER SIMPLE PHONE-RELATED MESSAGE THAT NO LONGER CORRELATES.

'Hang up' used to be literal, but to those who have only grown up with wireless and smart phones it makes no sense.

This just hurts so bad.

As a kid, the only way my parents would add a new recipe to their repertoires was if they were given a cookbook as a gift or mum ripped one out of a magazine.

You couldn't have 100,000 mac and cheese recipes at your fingertips in a split second. That just wasn't a thing. Now flicking through a book for something that tickles your fancy just seems... inefficient.

Gen Zs do cook, according to the Google search I just did, but they're turning to the internet for help, not Jamie's 30-Minute Meals.

I say, “I know I sound like a broken record” a lot at work. Starting to realize these kids are too young to understand what that actually means. 🤦‍♂️

Reply
Upvote
The title is just misleading. Gen Z hasn't made any of these things obsolete. Every other generation is to blame, do you really think these kids were out there killing off cash in 2009?
As for the cookbook one, I've really seen gen z embrace them. Well, more specifically wartime and Victorian cookbooks. It is very interesting to see these kids get interested in history, even if its just for laughs and to see how terrible the recipes were.