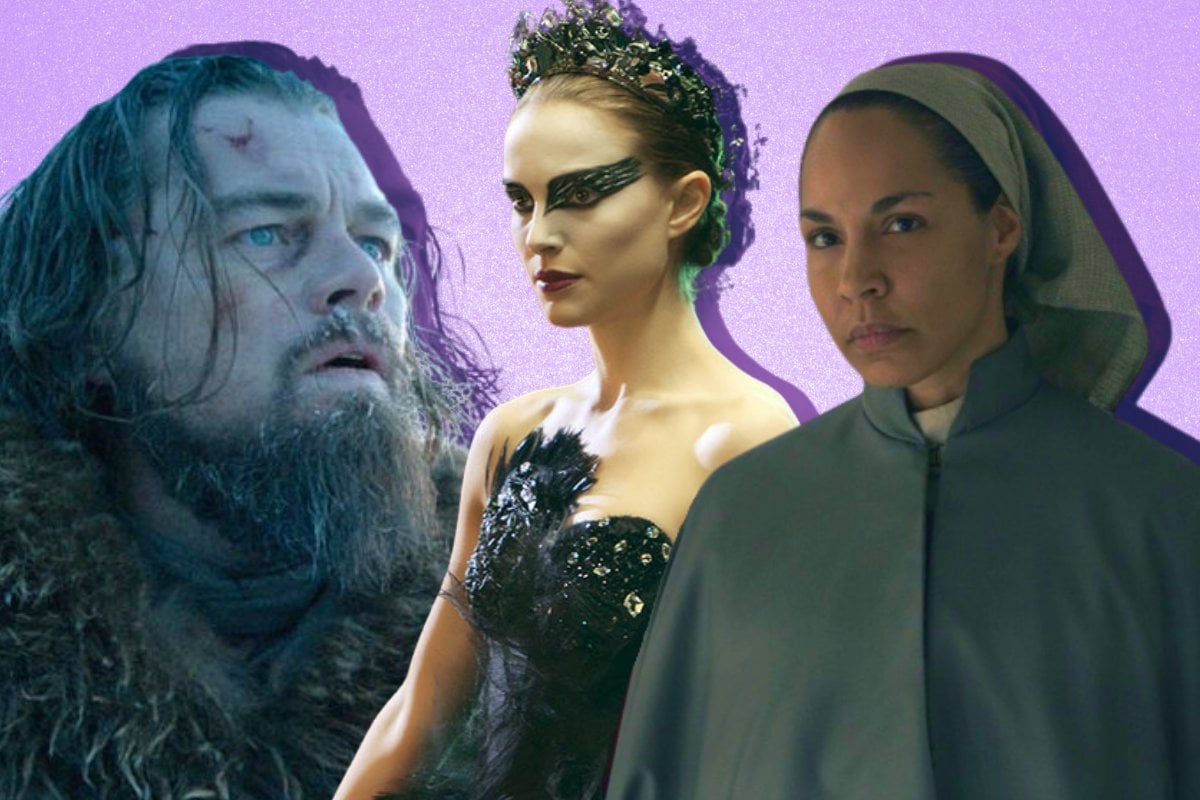 While some actors spend quite a bit of time training, learning a new language, or practising a new skill, other actors have been known to take their roles to a whole new level.

Whether it be spending a few nights in jail or losing a tooth, certain actors have gone to some pretty extreme lengths in order to get into character.

Here are seven of the wildest things actors have done to prepare for roles.

Brad Pitt and the cast of Fury went through training that was designed to "break" them. 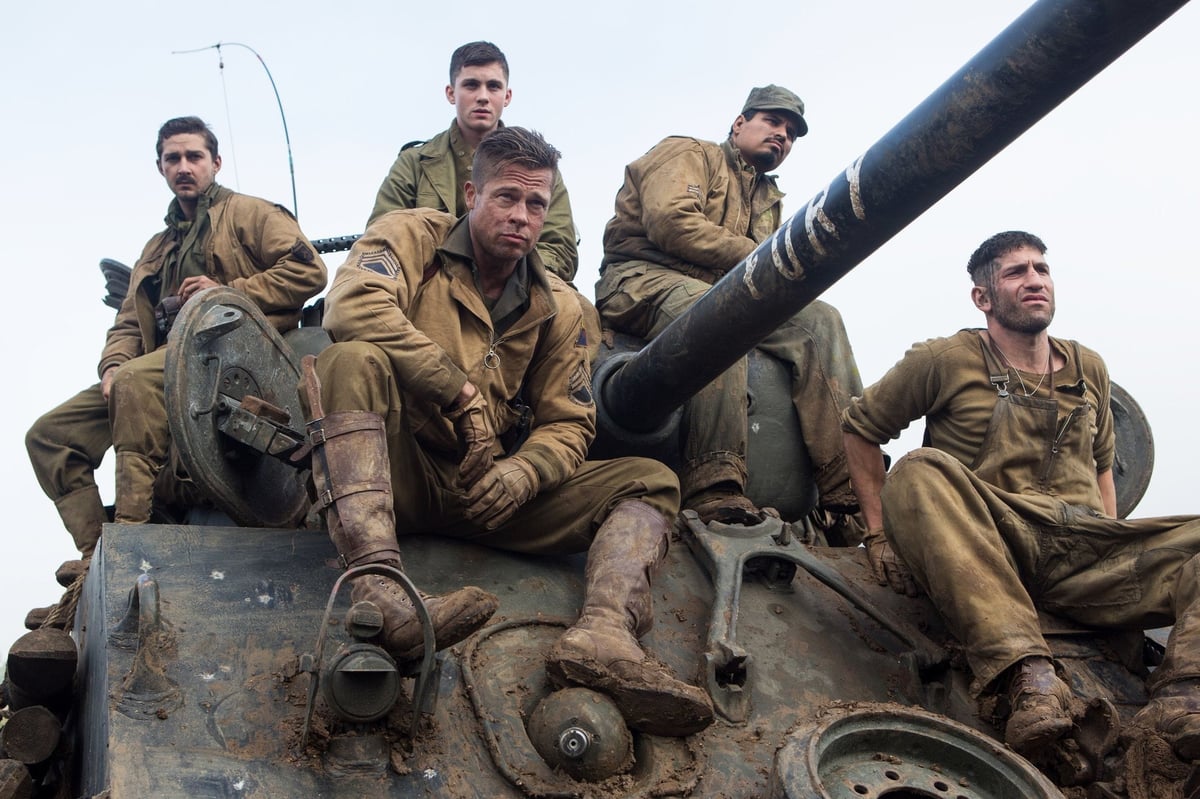 Image: Sony Pictures Releasing. Brad Pitt and his casemates had to go through some pretty intense boot camping training to prepare for their roles in Fury.

"It was set up to break us down, to keep us cold, to keep us exhausted, to make us miserable, to keep us wet, make us eat cold food. And if our stuff wasn’t together we had to pay for it with physical forfeits. We’re up at five in the morning, we’re doing night watches on the hour," Pitt told Express.

As part of their training, the actors not only had to eat and sleep in a tank but they also had to fight eachother on set, which led to "black eyes and bloody noses".

"We’re a group of actors that range from age 50 to 20, you know? Some of us have been fighting our whole lives, some of us have never been in a fight in our lives. And we’re brought together, put in a ring and told to fight each other," said Pitt.

But there was one castmate who took it a step further.

To get into character, Shia LaBeouf had a dentist pull out one of his tooth and he reportedly refused to wash while filming.

"He did go to a dentist and asked them to pull his tooth out but yeah, what an odd request," Logan Lerman told GQ.

Leonardo DiCaprio slept inside a dead animal’s carcass for The Revenant. 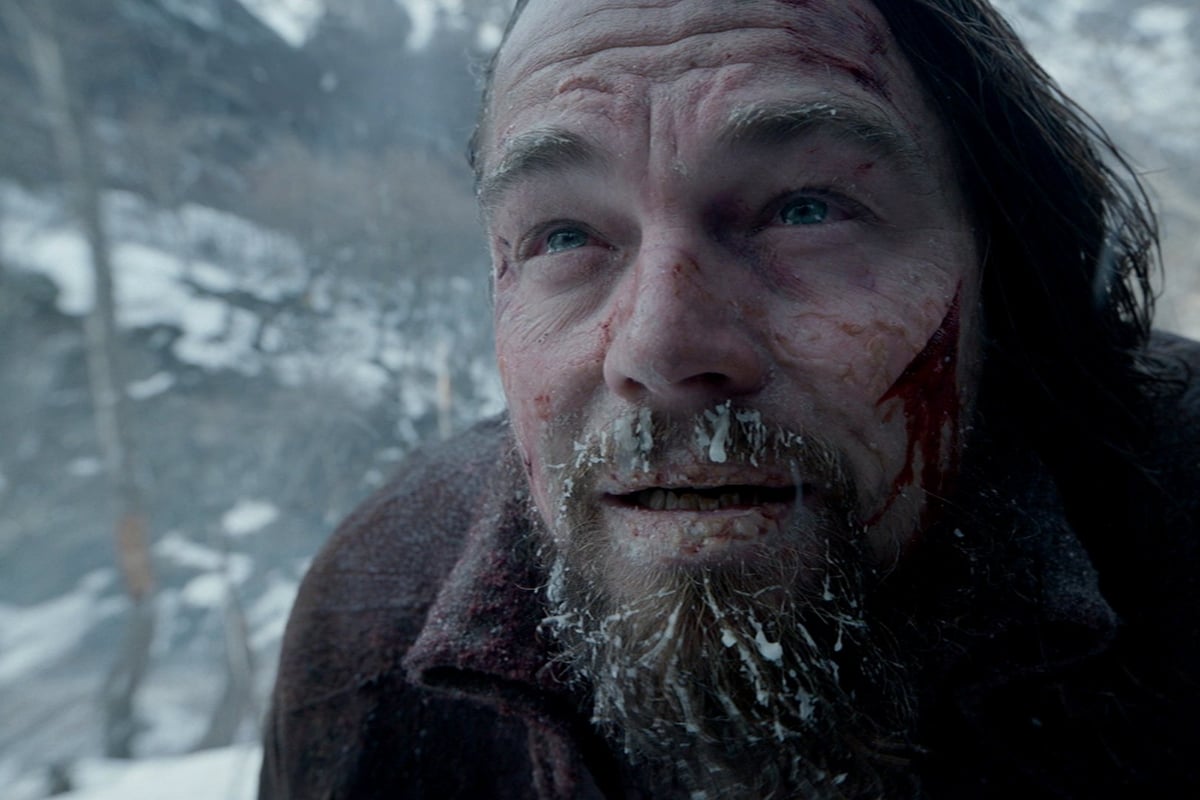 In 2016, Leonardo DiCaprio finally took home an Oscar for Best Actor for his role in The Revenant.

And the 46-year-old worked hard to deserve it.

While filming the movie, DiCaprio had to spend months in the most remote regions of Canada and Argentina.

"This was a film that had been floating around for quite some time, but nobody was crazy enough to really take this on, simply because of the logistics of where we needed to shoot and the amount of work and rehearsal that would have to be done to achieve Alejandro and [cinematographer Emmanuel Lubezki's] vision," he told Yahoo Movies.

Not only did Dicaprio and the crew have to 'succumb to whatever nature gave us', the actor also found himself in some pretty uncomfortable situations.

"I can name 30 or 40 sequences that were some of the most difficult things I’ve ever had to do. Whether it’s going in and out of frozen rivers, or sleeping in animal carcasses, or what I ate on set. [I was] enduring freezing cold and possible hypothermia constantly." 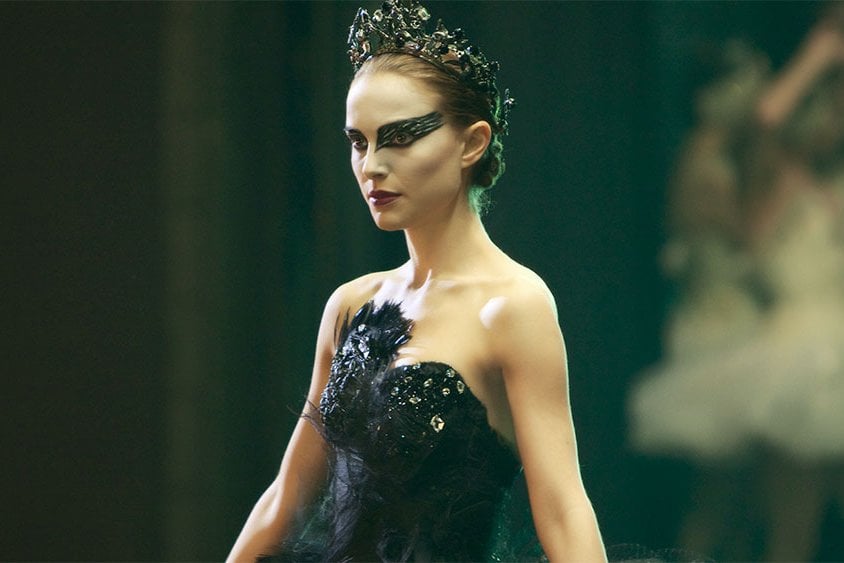 Image: Fox Searchlight Pictures. Back in 2011, Natalie Portman won the Academy Award for Best Actress for her role in the psychological horror film Black Swan.

To help her portray her character Nina Sayers, the actor worked with professional ballerina Mary Helen Bowers and trained for five to eight hours daily for six months. Overall, the role left her physically and emotionally drained.

"There were some nights that I thought I literally was going to die," she told Entertainment Weekly.

"It was the first time I understood how you could get so wrapped up in a role that it could sort of take you down."

Daniel Day-Lewis spent three nights in jail for In the Name of the Father. 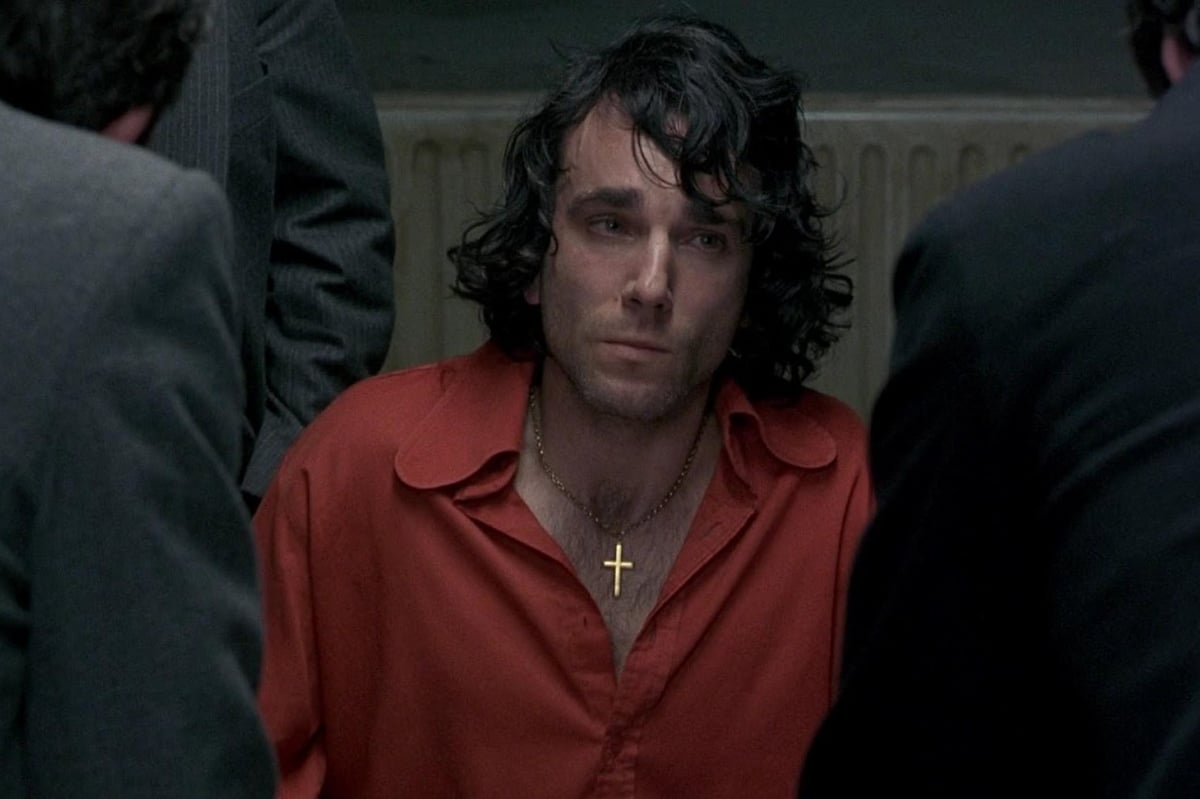 Image: Universal Pictures. Daniel Day-Lewis is known for his method acting and tendency to go to extreme lengths to get into character.

While filming In the Name of the Father, Day-Lewis spent three nights in real prison to prepare for the role of Gerry Conlon, who was wrongly convicted of being a Provisional IRA bomber.

"I never did sleep in the jail... because they had these thugs to come and bang on the doors with tin cups every 10 minutes for three nights, so that I couldn't sleep," the actor said during an interview with Movie 101.

"Then, at the end of those three nights, they had three teams of two real special branch policemen who interrogated me for nine hours without stopping."

"I felt the need to [do this] because this was a man who was innocent. He was just a ragamuffin kid."

According to The New York Times Magazine, he "insisted on visiting restaurants in a wheelchair and had to be lifted across the lighting cables each day to reach the set".

Amanda Brugel put rocks in her shoes for The Handmaid's Tale. 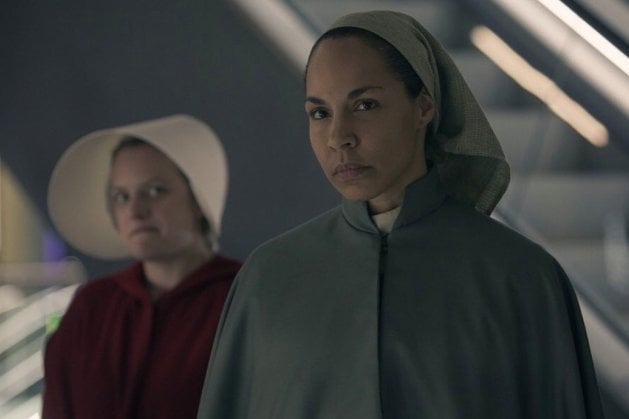 Amanda Brugel had to think outside the box when she played Rita, who has very little dialogue, in The Handmaid's Tale.

"It’s been the most challenging job of my life," she told Vulture.

"Actors rely on dialogue to communicate. Not having anything to say other than 'praise be' is really difficult at the beginning. To combat this, I write out a monologue for myself, or my own opinion of what she would say."

Brugel also puts rocks in her shoes to help define her character's walk.

"I put rocks in my left shoe - rocks from the gravel outside the trailer door in Toronto - to give her a limp."

"As an actor, it has changed the way I approach every role." 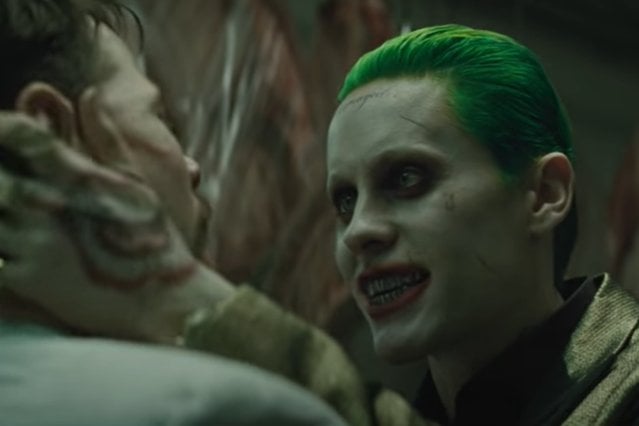 Jared Leto took method acting to a whole new level when he played the Joker in Suicide Squad.

"I did a lot of things to create a dynamic, to create an element of surprise, of spontaneity, and to really break down any kind of walls that may be there," Leto told E! News. "The Joker is somebody who doesn’t really respect things like personal space or boundaries."

Adam Beach also told the publication that Leto gifted the cast a dead pig and "sent [Margot Robbie] a nice love letter with a black box with a rat in it - a live rat".

Ashton Kutcher only ate fruit to play Steve Jobs and landed in hospital. 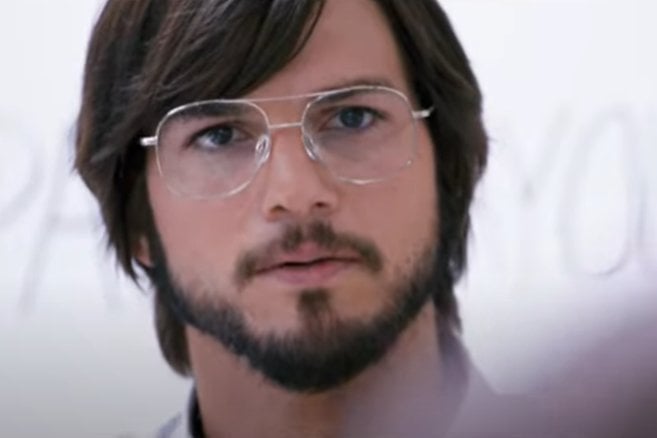 Ashton Kutcher got so into character when he played Steve Jobs during the in the 2013 biopic that it landed him in hospital.

Before filming the movie, Kutcher decided to follow Job's fruitarian diet by only eating fruit.

"First of all, the fruitarian diet can lead to, like, severe issues," Kutcher later told USA Today.

"I went to the hospital like two days before we started shooting the movie. I was like doubled over in pain. My pancreas levels were completely out of whack. It was really terrifying… considering everything."