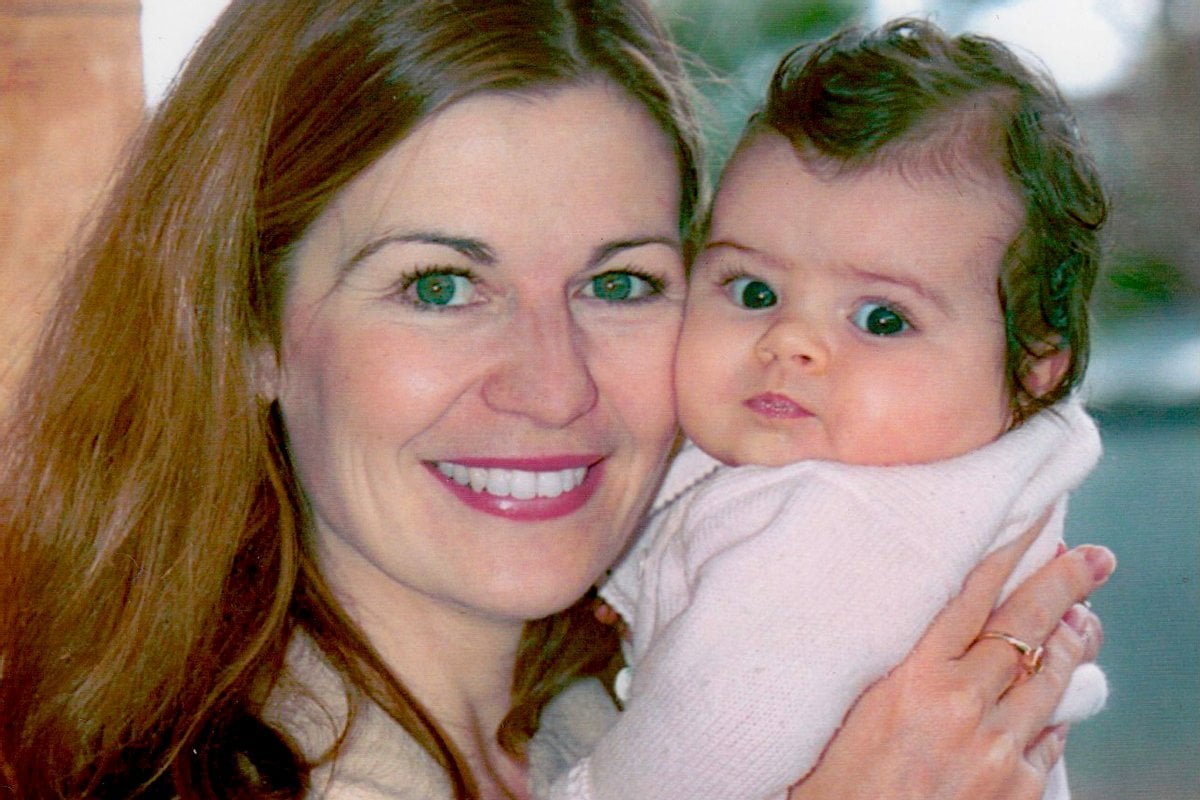 You know time is speeding up when your long-awaited for IVF baby turns 17, gets her first boyfriend and asks to go on the Pill. I was no more prepared for this question than I was for the one about the birds and the bees a decade ago.

Even that response has changed; school children are now taught that there are two ways to make a baby: the traditional way and the high-tech method.

Change is really the only constant we can depend on in life. And one of the greatest illustrations of this is in our attitudes toward making babies and what makes a family.

Just over fifty years ago I was conceived by a couple of teenagers in the back seat of a 1960s pink Ford Zephyr at the drive-in movies in Adelaide.

For my 19-year-old mother and 20-year-old father – who’d attended Catholic schools across the road from each other – how they even became parents was an unholy surprise!

That pregnancy prompted what people used to call a ‘shot-gun wedding’. Back then, terminations for single Catholic girls were not an option. The only choice was to adopt me out. My parents agreed to a quickly arranged wedding.

My mother insisted that while I was an unwanted pregnancy, I was not an unwanted child. However, she did impress upon me that she would not wish an accidental pregnancy or rushed marriage for me.

Instead, she encouraged me to do all the things she’d missed out on. I dutifully complied. I went to university: tick; travelled extensively: tick; had lots of boyfriends: tick; found a fulfilling career: tick – all before tying the knot in my early thirties.

Imagine then, my husband’s and my surprise when we couldn’t fall pregnant: Tick Tock. My mother had never mentioned the biological clock.

We underwent the usual tests to determine whether the problem lay with lazy sperm or crusty eggs.

Frustratingly, the results revealed nothing. For five years we tried everything, from Chinese herbs to Ayurvedic tinctures, in an attempt to spark life. By then I was getting desperate.

In the back of my mind was the niggling guilt that I’d terminated a pregnancy when I was younger. Had I left it too late?

Then, at the age of 37, I met a woman at a party who’d just had twins through IVF.

When I told her how long we’d been trying to conceive she said, ‘For God’s sake, woman, get down to the baby factory and sign up for IVF immediately. You have no time to lose!’ It was just the wake up call I needed.

It was such a relief to throw down the Visa card and say, “Book us in!” I felt as if the problem was in someone else’s hands.

Perhaps my mental shift helped. We got pregnant on the very first round of IVF, which is not at all common.

Listen to Mamamia's IVF and fertility podcast, Get Me Pregnant. Post continues below.

Later, I wrote a book called Making Babies, Personal IVF Stories and interviewed people who’d experienced success, failure and other plot twists on their fertility journeys. Some women endured ten or more cycles before hitting the jackpot. I am not sure I would have had that stamina.

For me, the worst part of IVF was the so-called ‘egg harvesting’. Most sensible women opt for a general anaesthetic, but I naively chose to stay awake during the painful process.

The doctor used a long needle to extract eggs from my artificially pumped-up ovaries. Like a prize-winning chook, I produced 19 eggs, but strangely only three fertilised when they met my husband’s sperm in a petri-dish.

After five days the fastest growing group of cells, known as a blastocyst, was implanted into my uterus. That ‘blasting blastocyst’ grew into our beautiful girl… now a teenager with eggs and dreams of her own.

I was so struck by the wonder of my miracle baby and how she’d come to be, that I told everyone and anyone who would listen. It wasn’t all that common in 2003 to talk openly about IVF. Many couples were very private about their infertility struggles.

My friend’s rather insensitive husband said to me not long after I'd given birth, "Your baby was conceived in a test-tube?! How embarrassing! Do you think you’ll ever tell her?"

Once again, I found myself caught out by an important question. At 3am I got up and wrote him an email response. I told him that it doesn’t matter how babies are made; it matters why they’re made.

It’s better to be planned and longed for by people who are ready to have a baby, than to be the result of an unhappy accident. (He never responded to the email.)

After writing Making Babies, I knew how lucky I’d been and didn’t want to tempt fate by trying IVF again. I worried I was too old. So, when my daughter was almost three, I reluctantly gave away the high-chair, pram and maternity clothes. 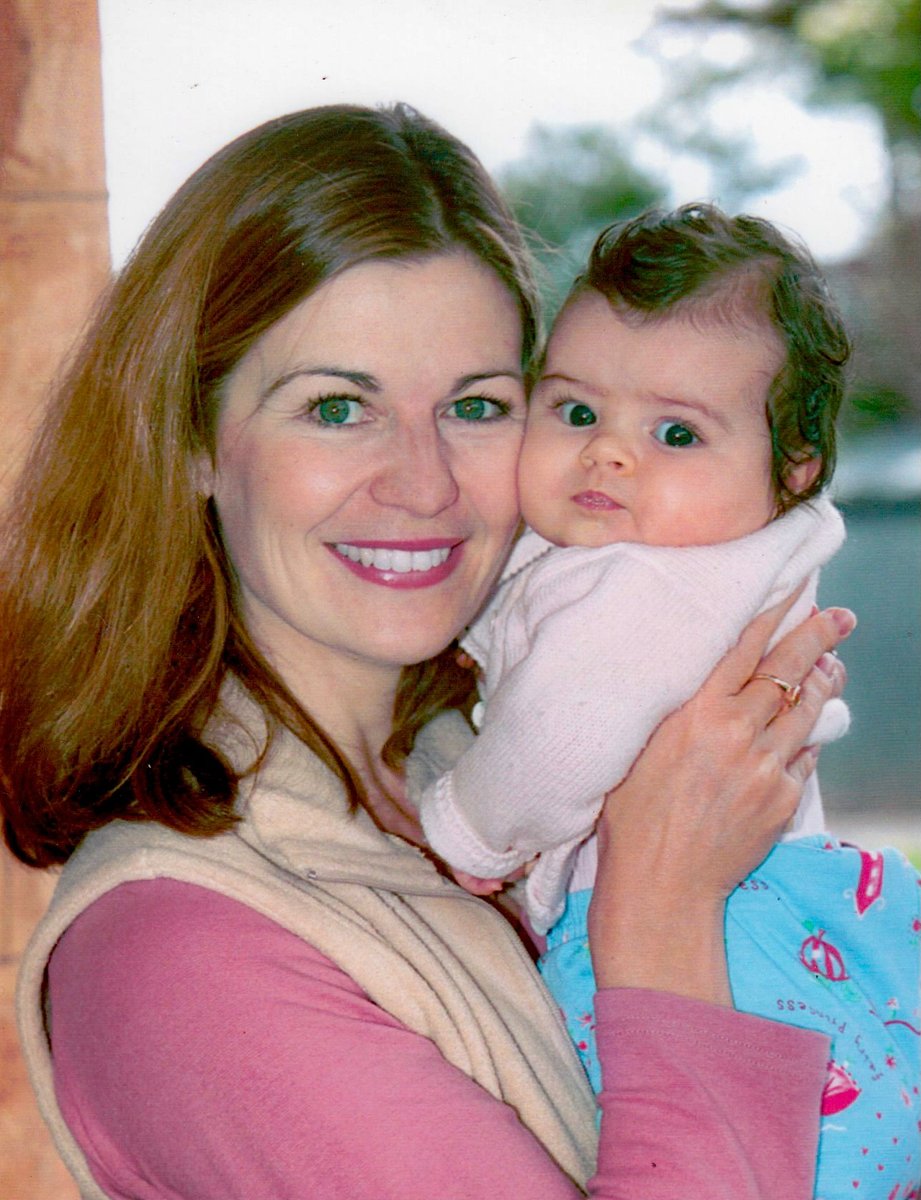 Then there was that weekend at the Byron Bay Blues and Roots Festival.... Need I say more? Our surprise baby girl was born nine months later. No needles, no test tubes, no visa card needed.

Our youngest daughter is as fair and petite as her sister is tall and dark. A hairdresser once asked if they had the same father. This time I was ready with a cheeky answer: ‘Who knows? Maybe they mixed up the test tubes!’

Fortunately, society’s attitudes have changed for the better. Not just from the narrow-minded days of my own conception but from when Australia's first IVF baby, Candice Reed was born in Melbourne 40 years ago.

I have been a member of the IVF Australia Ethics Committee for eight years and have witnessed extraordinary changes in that time. We no longer deliberate over requests for IVF via surrogacy. If the candidates tick the boxes, they’re immediately approved. Surrogacy has become common along with donated eggs and sperm. Which fortunately means it’s easier for gay and lesbian couples to create their own families.

My daughters go to school with children with two mums and two dads and no one thinks anything of it.

Now the IVFA Ethics Committee approves research for new technology - artificial intelligence to choose the best embryos for re-implantation, as well as the next level of genetic testing to screen out abnormalities.

There's been progress in making IVF more efficient and comfortable for women. At the last meeting we reviewed the trial of a new flexible needle designed for a less painful egg-harvesting process. Yes please!

The questions that keep me awake at night now, are how far will we go to create new life?

It’s a theme I explore in my new novel, The Spin Doctor’s Wife, about a woman on the IVF treadmill, heading for the edge. Her hunger for a baby drives her to desperate measures while her PR spin-doctor husband is driven by very different desires.

These are not questions my daughters need worry about just yet. If they choose to be parents at all, I'll tell them that mothering is a journey into the unknown - a series of shocks, surprises and inconceivable questions. And that it doesn't matter if their babies are the result of a romp in the back seat of a car or sophisticated science, it's not the how that's important, it's the why that matters. 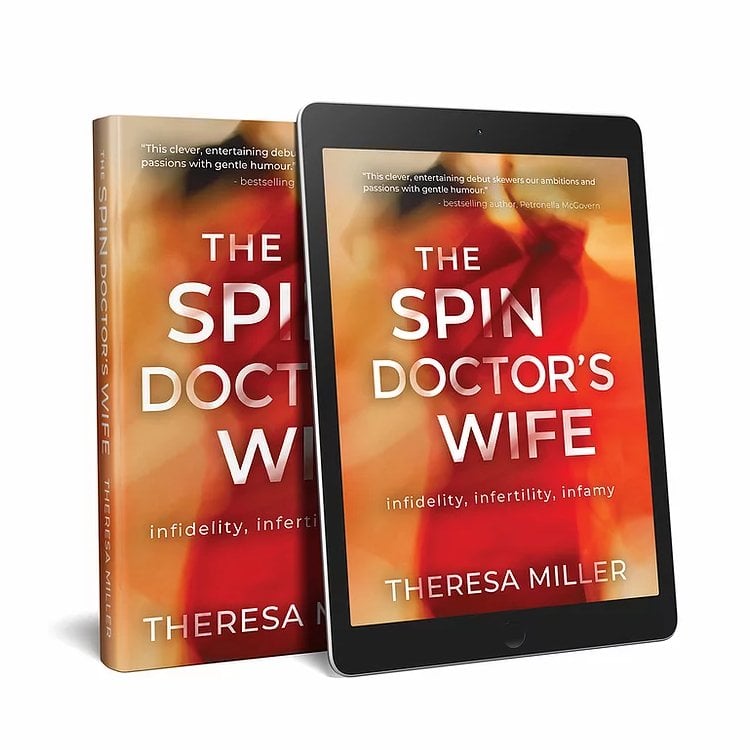