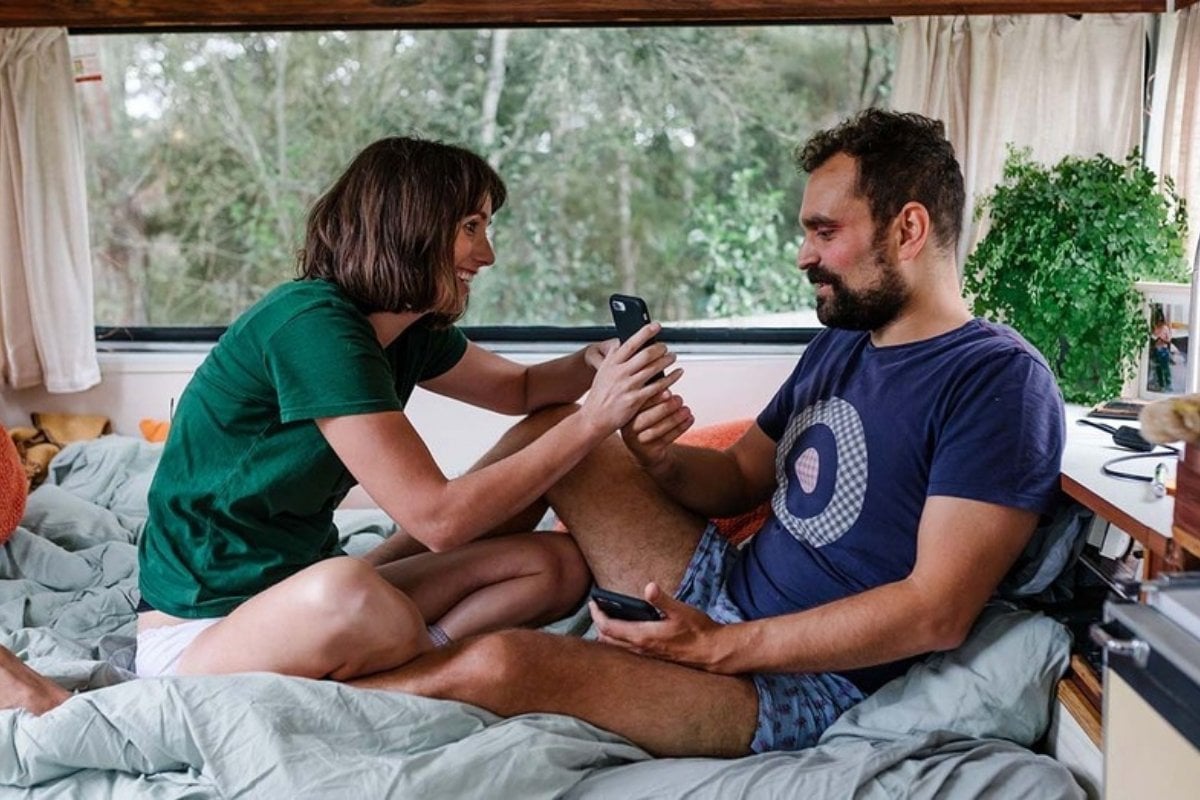 Jan Oliver "Ollie" Lucks and his partner, Zoe, were a year away from their wedding when they decided to temporarily open their relationship to other people.

It was about curiosity and desire, at first. A chance to explore their respective bisexuality. A chance to test their relationship beyond the bounds of traditional monogamy before they committed to its most orthodox institution.

There were some rules; the 'Monogamish Manifesto', they called it.

Rule 1. Our goal is to create a fun, happy, healthy, sexually exciting relationship with each other. Satisfying our libidos and egos always comes second to the health and happiness of our relationship.

Rule 2. There is to be plenty of warning before sleeping with someone else and only samesies (same-sex encounters) are permitted.

Rule 3. Honesty is paramount and we talk about every encounter...

There were others. But they didn't last long. Within months, casual sexual encounters led to deeper connections and the experiment became about polyamory (having multiple, loving relationships at once, with the consent of all in involved).

And Ollie, a filmmaker, recorded it all.

Watch: Ollie asks, can you have your cake and eat it too?

Speaking to Mamamia's No Filter podcast in the wake of its release, Ollie delved behind the scenes of the film, which began back in 2014.

"At the time, we were just so excited and enthralled and invigorated by doing all of this, seeing only the positives that we wanted to share with the world," he said.

It started with threesomes.

Zoe and Ollie would trawl Tinder, find a match, sharing and approving bios and profile pictures. But then, a pause. They'd abide by a latency period of several days; a sort of cooling-off period in case one wanted to change their mind.

Sometimes it was just for sex. Others, they'd all go on a date. And soon, the manifesto began to evolve.

"As we were going, we found loopholes at times, then discussed them and came back together as a stronger unit," he said. "It started as the two of us with one other, and then eventually, one-on-ones would be allowed."

It was partly logistics. Around the time the experiment began, Ollie and Zoe's relationship became long-distance. She had moved to Australia for her career in the arts industry. He remained behind in a remote town in New Zealand's North Island.

With their adapted manifesto in place, they went out on their own in search of their 'samesies'.

They were always upfront with potential partners. And safe. Among the rules were regular STD checks and mandatory condom use.

"We told them that we were in a loving, committed, long-term, long-distance relationship and wanted to try something else and have a bit of fun," he said. "A few people were offended and sort of just unmatched straightaway. But most people seemed interested."

Some partners consented to be recorded for the film; there are glimpses of some of the meetings, conversations, first kisses, reactions. But not all. 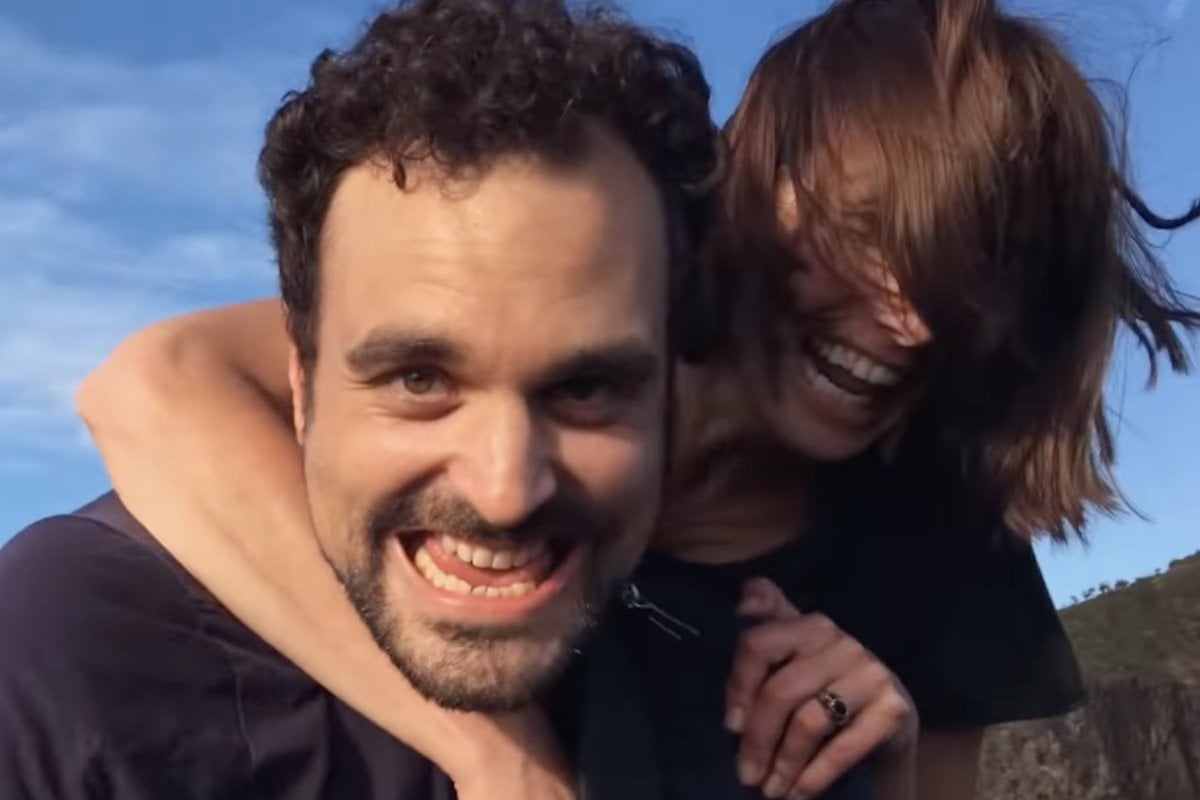 Even with the distance, the encounters intensified Zoe and Ollie's already potent relationship.

"You really had to upskill your communication, you had to become a lot better at understanding what are your weaknesses [and] the weaknesses of your partner," he said.

"So in a way, it's almost like, say, three to five years of a relationship was compressed into, say, six months. We just saw so many benefits of doing it."

Jealousy only began to creep in in earnest when they started seeing partners of the opposite sex.

"When she met with a woman, I was perhaps a little bit jealous. But there's a primitive part of the brain that didn't jump into action," he conceded.

"I didn't feel as threatened. And it was the same for her when I hooked up with a man. Once that changed, we kept saying, 'Jealousy is just an emotion you can train yourself to overcome.' And I tried. It's difficult. I think it's a constant process, and some people might be successful at doing it."

Ollie was not. Particularly as he watched one of Zoe's hookups, Tom, become her boyfriend.

Though he, too, entered a relationship, with a woman named Siobhan, and though Ollie and Zoe met and even had threesomes with each others' partners, and though they communicated honestly through it all, that primitive part of Ollie's brain kicked in. Danger! Danger!

He watched as Zoe fell deeper for another man, and he kept filming.

Though it hurt, the professional side of him won out, the pursuit of "great drama" triumphed over the pursuit of happiness. Rule number one was broken.

"I described it as stabbing myself on the heart and pointing the camera at what I was seeing. So I didn't act in my best interest. And I think I even pushed away certain discussions around how hard it was for me, and whether we should continue because it made for a great film.

"And that's pretty sad to admit that, but that's where my head was at the time."

The result of it all is captured in the film with searing intimacy.