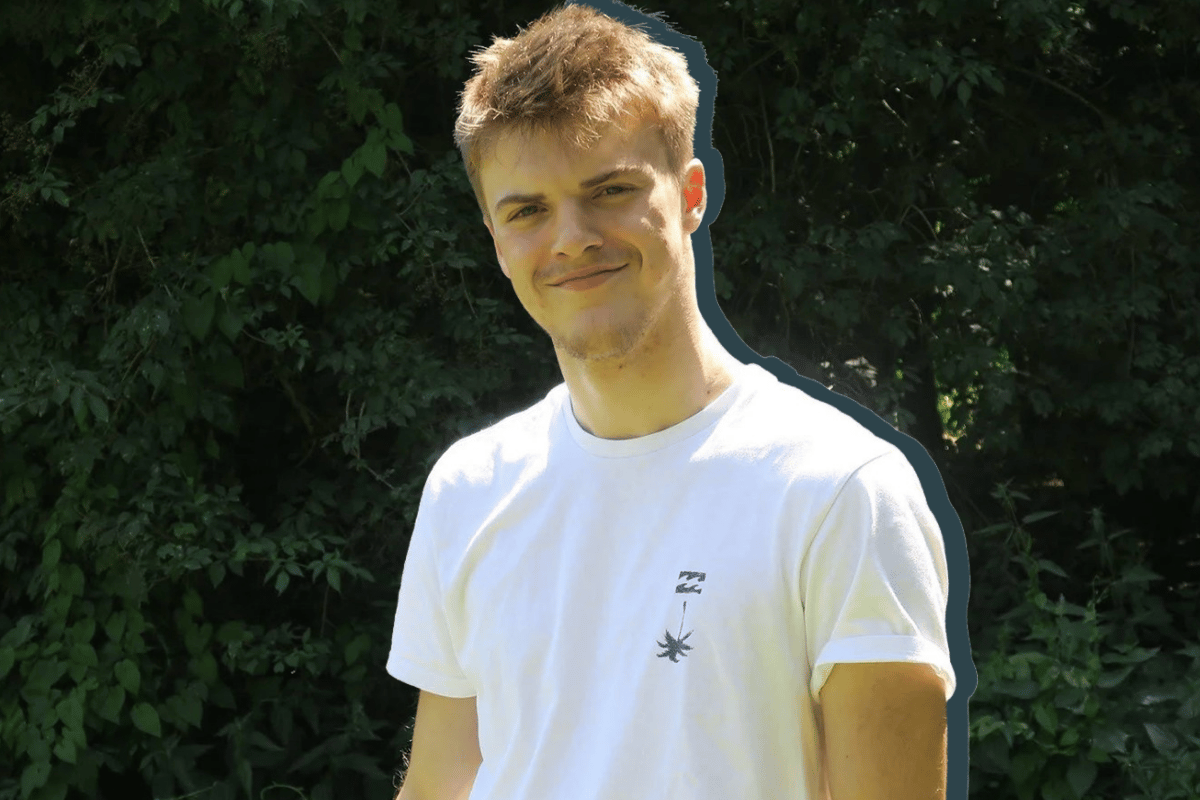 For the past two years, the disappearance of Belgian backpacker Théo Hayez has baffled the Byron Bay community and police alike.

On May 31, 2019, the 18-year-old was seen leaving Cheeky Monkey’s nightclub in Byron Bay. As he made his way back to the hostel where he was staying, Hayez messaged a friend back home in Belgium just after midnight.

Almost a week later, however, the 18-year-old was reported missing when he failed to check out from the WakeUp! hostel in Byron Bay, leaving his belongings - including his passport - untouched in his room.

An inquest into his disappearance began on Monday.

Watch the trailer for The Lighthouse podcast below. Post continues after video.

Video by The Australian.

Following Hayez’s disappearance, State Emergency Service volunteers, dogs, drones and members of the public searched unsuccessfully for the backpacker in a months-long search, finding little clues in regards to his disappearance.

Three and a half months after Hayez vanished, the case was referred to the New South Wales coroner: bringing the official police search to an end.

In November 2019, The Australian podcast team behind the award-winning podcasts The Teacher’s Pet and Who the Hell is Hamish released The Lighthouse podcast, which investigates the search for Hayez.

Now, two years on from his disappearance, Hayez’s family have released a message in the Looking for Théo Hayez Facebook group, thanking the public for their ongoing efforts to help find their son.

"Since the beginning of the year, we have spoken less publicly about developments," the post read.

"Far from us giving up hope or dedication, the main reason is because the ongoing police process means we need to be careful about what we say. We think about Théo every minute and would like to share any information that may help to find out what happened to him but we have to be careful that we also give the police the best chance of finding this out."

Here’s what we know so far about the ongoing investigation. 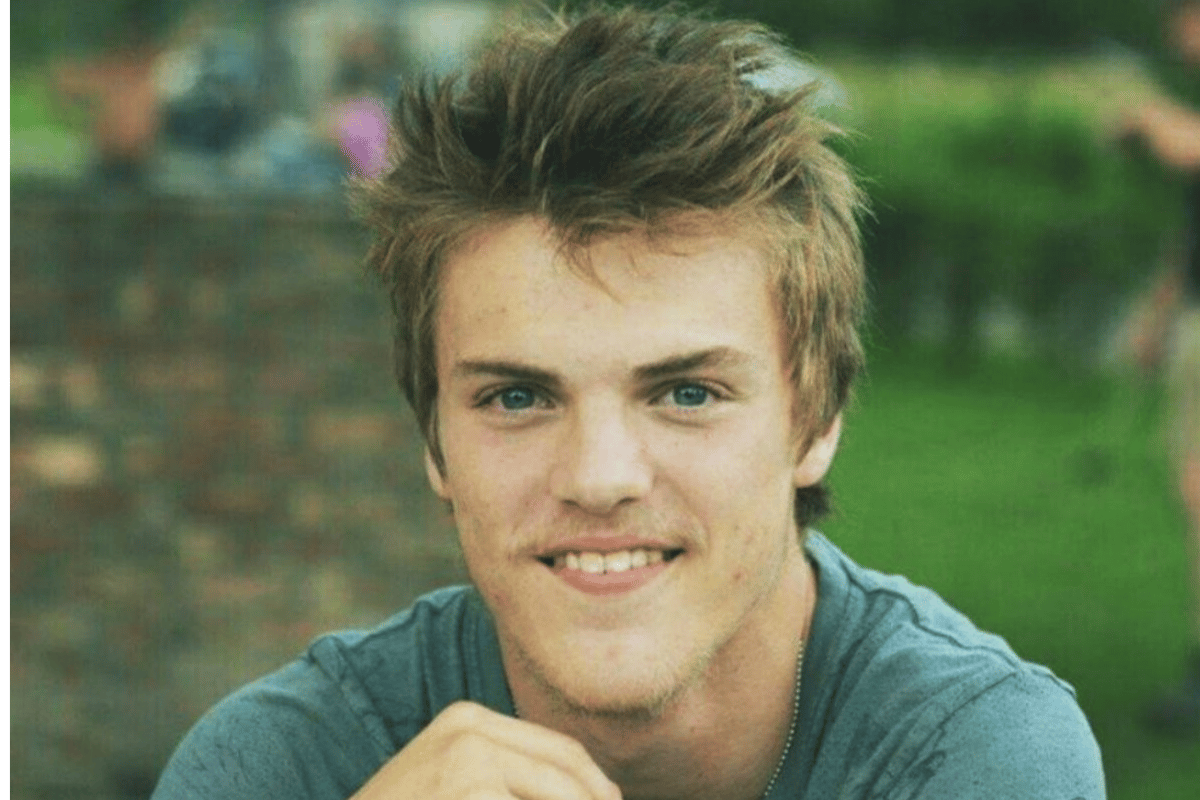 According to news.com.au, the club - which had "The Judge" written on it in black letters and dark blood-coloured stains - was handed in to police, however, the club's location was not recorded at the time.

The club was reportedly found less than a 10-minute walk away from where Hayez's mobile phone last "pinged" off a mobile tower in the early hours of the morning on June 1, 2019.

On The Australian's podcast The Lighthouse, the path of Hayez on the night he disappeared was revealed, as tracked by Google Maps tracking data.

After leaving Cheeky Monkey's, Hayez's phone was tracked at Tallow Beach, where a grey Puma cap was found in bushland on July 7, 2019.

Police are yet to release the results of DNA tests on the cap, but a Facebook post on the 'Looking for Théo Hayez' Facebook page confirmed the family strongly believed it belonged to the 18-year-old.

"Many of you have been wondering about the results of the DNA testing of the hat found in bushland off Tallows Beach on July 7th," the post read.

Although no DNA results have been released publicly and may not be for some time, the family is certain that it is Théo's hat.

The podcast also revealed that Byron Bay residents were turned away during the search for the 18-year-old missing backpacker.

Speaking to The Australian, George and Miriam Healy shared they were bounced between police and the State Emergency Service when volunteering to join the search.

“We rang the police first when we heard the whole thing,” Mr Healy said. “They said, ‘Check with the SES, they’re co-ordinating the searches’. So we ring the SES. SES said, ‘No, check with the police, we’re not involved in it anymore’.

“The police kept saying to us, ‘Oh, there’s plenty of searchers out there’,” Ms Healy added. “That wasn’t actually the case. But that’s what we were being told."

The Irish couple, who are based in Byron Bay, later joined an unofficial search group for Hayez, which was made up of largely local residents.

Speaking to The Lighthouse, another volunteer and Byron Bay resident, Noeline Smith, shared that she joined the search for Hayez as she feared his drink may have been spiked.

"I know the area quite well; the fact that it was Cheeky Monkey’s concerned me, because that place is very well known for people having their drinks spiked … and not very nice things happening," she told the podcast.

The Lighthouse podcast reported that Hayez's friends and relatives were sent anonymous messages claiming he'd been kidnapped. The messages demanded a ransom of $300,000 in bitcoin for his release.

Hayez' godfather, Jean-Philippe Pector, received one of the messages on Facebook from someone calling himself 'Mike Larry'.

"I am aware how scary this message is going to be. We have Théo," the message begins.

"Please inform his father that he is OK. He is not in Byron. We had to move him and lay low due to all the looking around. He is OK for now if his father follows what we want to the letter. This is not a hoax your son is kidnapped."

According to the podcast, the messages were investigated by police.

According to the podcast, Hayez spent five and a half minutes in a densely vegetated area above Tallow Beach.

"This is why I think he was hiding," Byron Bay local Sheri D'Rosario said in the episode. "The branches are horizontal and there's vines with sharp prickles everywhere."

"It's very sort of dark in here. At night it would be absolutely pitch black and it's hidden from the beach."

The beach where Hayez is last known to have been was also the site of illegal late-night parties, which were often frequented by backpackers and young tourists. 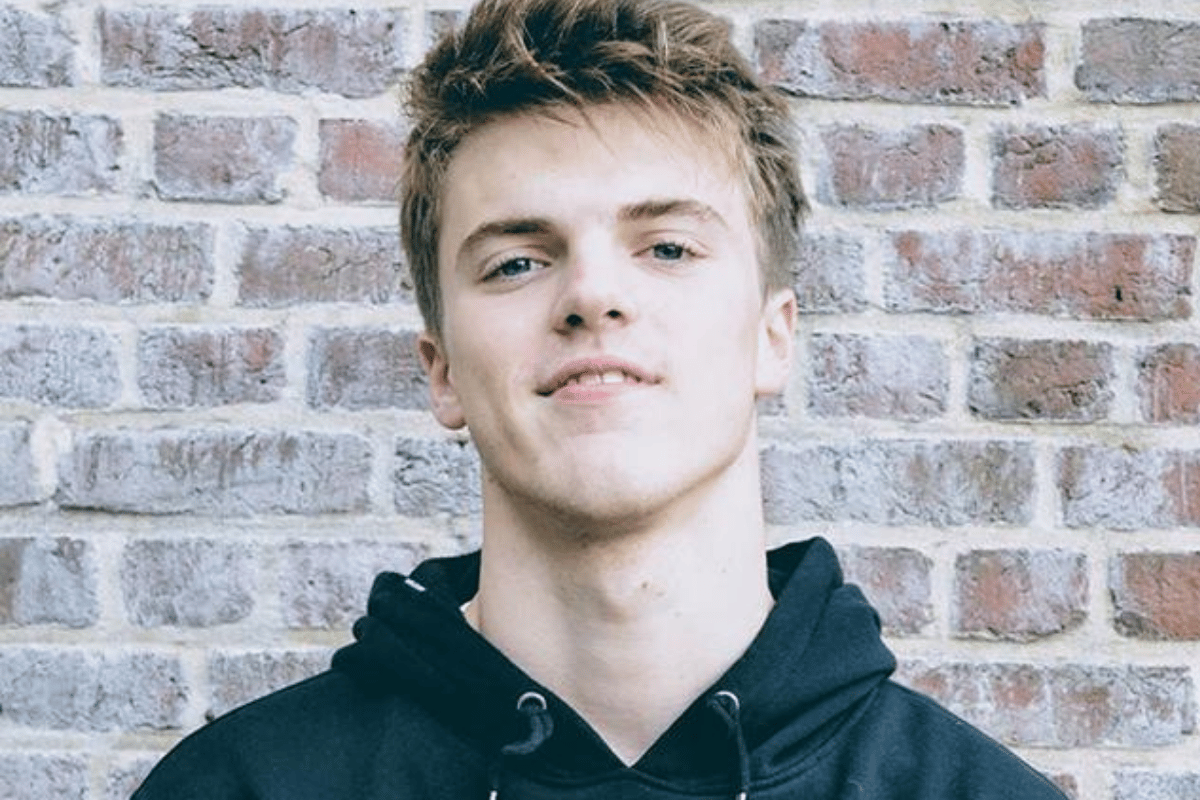 On November 12, 2019, a volunteer who was involved in the search for Hayez claimed they had been informed the 18-year-old was wearing black Adidas sneakers on the day he disappeared.

"We've recently discovered that the shoes Théo was wearing when he went missing may in fact have been Adidas," they shared on Facebook, according to Daily Mail.

"We're still trying to confirm whether this is fact."

Police believe Hayez was wearing a black hooded jumper with an unknown motif on the front, beige pants, black shoes and a grey Puma hat when he disappeared.

Listen to Mamamia's The Quicky: Théo Hayez, are we any closer to finding him? Post continues after audio.

In June 2019, Hayez's father, Laurent, asked encrypted service WhatsApp for help in obtaining his son’s messages, which he believes may hold the key to finding him.

In a statement, WhatsApp said it was working with law enforcement but it was limited in what data it can access from Hayez's account.

"WhatsApp cares deeply about the safety of our users and our hearts go out to Théo Hayez and his family," a spokesman told AAP.

"We understand the important work being carried out by law enforcement and are assisting them in accordance with applicable law and our terms of service."

WhatsApp uses end-to-end encryption, a system of communication where only the communicating parties can read the message. Even if WhatsApp accessed Hayez's account, they could not have the encryption key needed to read his messages. 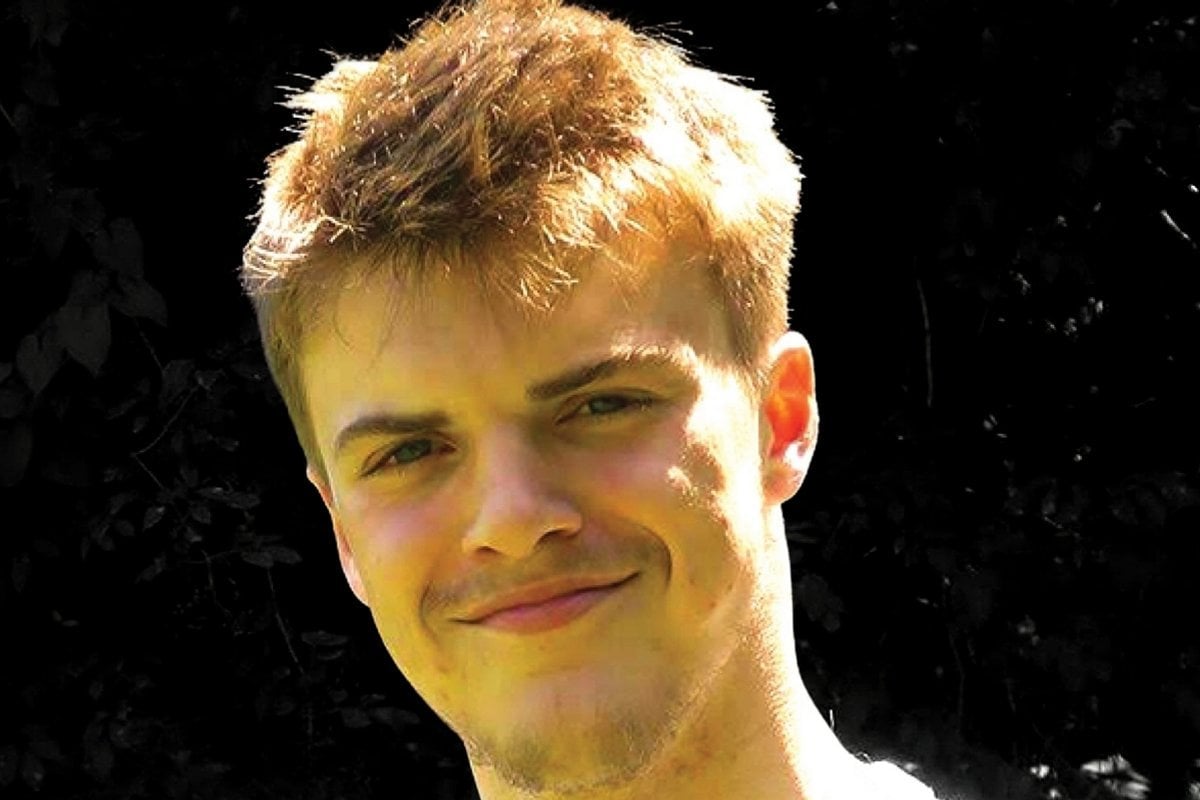 In November 2019, the missing backpacker's final text messages were shared after his family gained access to his Google account. An hour after leaving Cheeky Monkey's, at 12.20am, Hayez messaged a friend in French on Facebook, discussing an upcoming U2 Australian tour.

At 12.55am, Hayez sent his final message on WhatsApp to his stepsister, writing 'Merci' with a kiss emoji.

An inquest into the 18-year-old backpacker's disappearance began on Monday.

Hayez's father, Laurent, also fronted the media to say he would like the NSW government to issue a reward for information about his son's disappearance.

Day one of the Coronial Investigation into the disappearance of Belgian backpacker Theo Hayez. Theo’s father Laurent addressed the media this morning. @nbnnews @9NewsSyd pic.twitter.com/IiwyxK3ylR

At the inquest, police revealed their theory that Hayez clambered up the beachside cliffs, dropped his phone, then fell and was swept out to sea.

His family, who have travelled to Byron Bay from Europe for his two-week inquest in the NSW Coroners Court, don't accept their cautious boy would do something so dangerous in the dark.

They say the only way he would climb the cliffs is if someone was with him, reassuring him it was safe.

Whether Hayez encountered anybody else that night is one of the major mysteries the inquest will explore.

Another is how he came to be on the Cosy Corner beach in the dark.

His subsequent decisions would be hard to believe if investigators didn't have Google data obtained by his family.

Hayez walked in the opposite direction to the route outlined on Google Maps. For seven minutes, he stopped at some cricket nets.

Next he took a dark track through bushland towards the ocean, at points appearing to walk quickly or run.

At the urging of locals and police, coroner Teresa O'Sullivan walked the Milne Track one night last year. Police have noted it would be strange for a foreigner to walk the frightening and "spooky" track alone at night - giving rise to theories that Hayez was with someone else.

Belgian teenager Theo Hayez was ejected from a Byron Bay bar without a chance to tell his friends the night he disappeared two years ago.

An inquest into the 18-year-old’s disappearance has heard the ejection has caused his family great distress. https://t.co/mtxqyVKQks

He turned off the track into steep, dense bushland and ended up on the beach. He was at Cosy Corner when he appears to have turned off his location services just after midnight to save battery.

His lighthearted messages sent in the next hour suggested he felt safe, the inquest heard. At 12.55am, he sent that final message to his sister.

Then "something happened at 1.02am," said counsel assisting the inquest, Kirsten Edwards.

"If we knew what that was, we think we probably would know what happened to Théo."

That's when his phone stopped receiving data. At 6.17am, it re-entered reception range and continued to receive data until lunchtime that day - indicating it did not fall into the water. The phone has never been found.

So it seems he was coherent enough to send those text messages an hour after leaving the nightclub. Such a mystery.