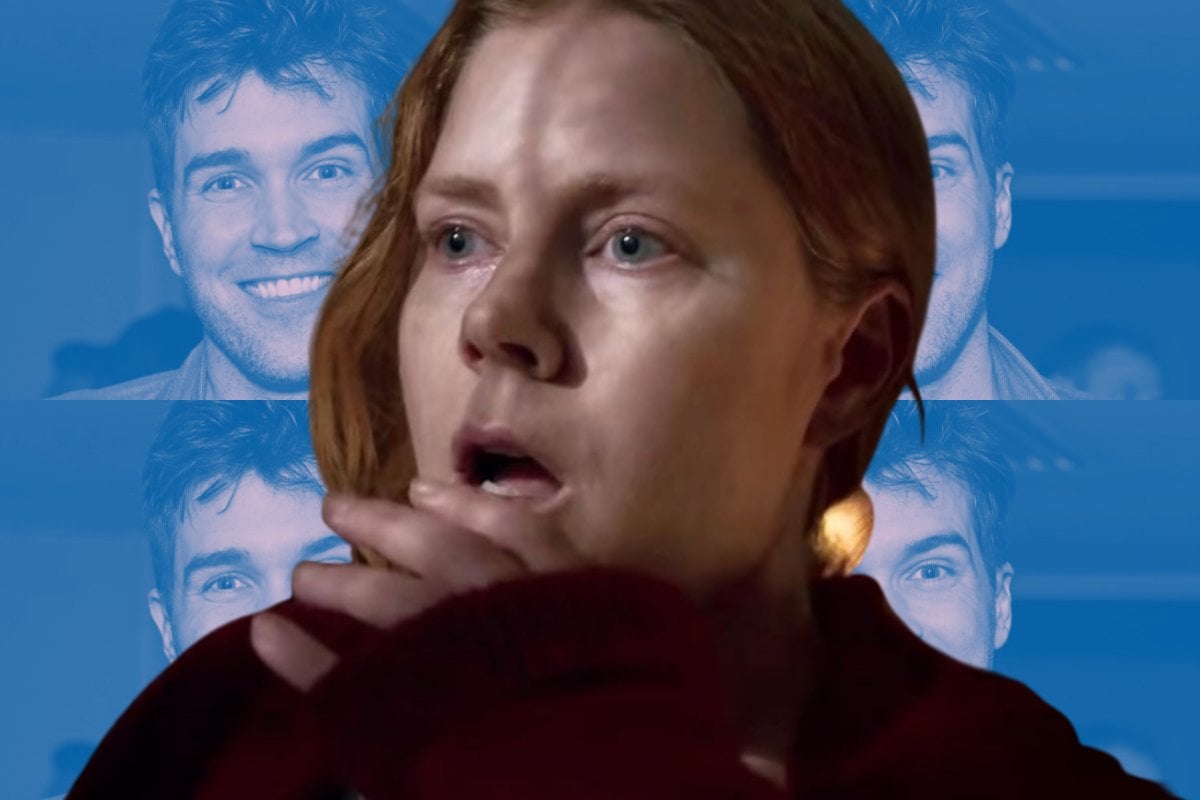 The Woman in the Window finally hit Netflix on Friday night.

Over the weekend, millions of people around the world streamed what had become one of the most-anticipated thrillers of the year.

And most of them were left feeling a bit confused. And disappointed.

The film is based on the bestselling book of the same name and it follows the story of Anna Fox (Amy Adams), an agoraphobic child psychologist who spies on her neighbours from the windows of her multistory Harlem brownstone. Anna's life and mental state begins to unravel after she witnesses what she thinks is her neighbour murdering his wife.

Watch the trailer for Netflix's The Woman in the Window. Post continues below.

The film was originally meant to hit cinemas in 2019, but instead of a big theatrical release, it quietly hit the streaming service almost two years after its initial planned release.

The complicated backstory of the book's author, an accusation of plagiarism, confused test audiences, a series of delays and a global pandemic all contributed to the film's slow journey from book to screen.

Here's all the controversy surrounding Netflix's The Woman in the Window:

In 2018, The Woman in the Window debuted at number one on the New York Times best-seller list. It has since sold over three million copies. When it hit bookshelves in January of that year, it was quickly compared to the giants in its genre - Gillian Flynn's Gone Girl and Paula Hawkins' Girl on the Train.

Like those two bestsellers, The Woman in the Window centred around a privileged white woman, an unreliable narrator who would go on to uncover a shocking twist.

The book was written under the pseudonym A.J. Finn by American book editor and writer Dan Mallory.

In 2019, a year after the book's meteoric rise through the bestseller lists, the web of lies and deceit Mallory had created to land his $2 million two-book deal were exposed in the New Yorker profile 'A Suspense Novelist's Trail of Deceptions' written by Ian Parker

In the profile, Parker delved deep into Mallory's complicated professional and personal life, and he discovered Mallory had lied his way into a bunch of roles in the publishing industry. And then he had used those roles to secure his book deal.

According to Parker, Mallory reportedly told employers he had received a PhD at Oxford. When Parker contacted the University for confirmation, they said he graduated with a master’s degree in 2004, but never completed a doctoral degree. 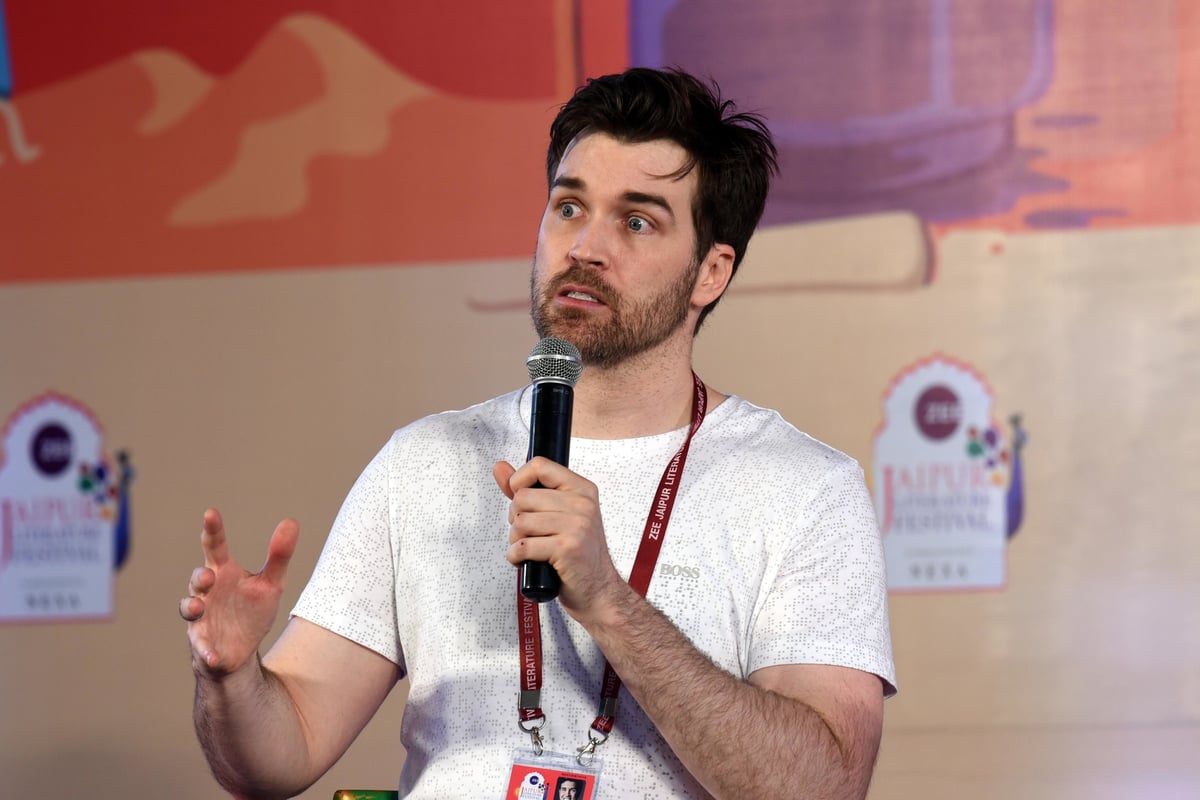 It’s also alleged that he said during a job interview at Little, Brown - an American publishing company - that he was previously an editor at Ballantine. In reality, he worked as an assistant there. The author got the job nevertheless, and later said he had been offered another position at a rival company, which led to Little, Brown giving him a pay raise. No such offer from a competitor had been made, his bosses later discovered. Upon his employers’ revelation, Mallory promptly left, although the terms of his departure remain private.

Before he’d left the building, he had already secured another job as the executive editor at William Morrow, another American publishing company.

But it wasn't just his past work experience that Mallory lied about. He also told his colleagues a range of lies about his personal life - from faking cancer to killing off his own mother and brother.

According to Parker's New Yorker profile, Mallory told his colleagues he had survived brain cancer but that it later returned and he was suffering from an ‘inoperable brain tumour.’ He used his ‘cancer’ to justify his long absences from the office. In truth, Mallory never had cancer.

“In Little, Brown’s open-plan office, helium-filled ‘Get Well’ balloons swayed over Mallory’s desk. For a while, he wore a baseball cap, even indoors, which was thought to hide hair loss from chemotherapy," Parker wrote in the profile.

He also allegedly told several people his mother had passed away from cancer, and his brother died by suicide. In an application to New College at Oxford where he hoped to undertake a doctorate, he claimed the passing of his family members had affected his academic results in his master’s degree. Neither his mother nor his brother had died.

How did Dan Mallory respond to the allegations?

Following the publication of the profile, Mallory released a statement admitting to his deceit.

“It is the case that on numerous occasions in the past, I have stated, implied, or allowed others to believe that I was afflicted with a physical malady instead of a psychological one: cancer, specifically,” he said in the statement.

“My mother battled aggressive breast cancer starting when I was a teenager; it was the formative experience of my adolescent life, synonymous with pain and panic. I felt intensely ashamed of my psychological struggles – they were my scariest, most sensitive secret. And for 15 years, even as I worked with psychotherapists, I was utterly terrified of what people would think of me if they knew – that they’d conclude I was defective in a way that I should be able to correct, or, worse still, that they wouldn’t believe me. Dissembling seemed the easier path.”

He added he had been “afflicted with severe bipolar II disorder” and “experienced crushing depressions, delusional thoughts, morbid obsessions, and memory problems”.

In 2019, The New York Times reported The Woman in the Window was “strikingly similar” to Saving April, a novel by Sarah A. Denzil. The thriller, which came out in March 2016, follows an isolated woman with a traumatic past who suffers from anxiety, barely leaves her house and believes she witnessed something suspicious while spying on her neighbours.

In response, a spokeswoman for William Morrow said Mallory had outlined his novel with the “main plot points” before the release of Saving April—and Mallory himself said he began writing the book in the summer of 2015.

Mallory has kept a relatively low profile since he was exposed. He announced he was taking a break from Twitter in 2018 to work on his second book and to tour.

His anticipated follow-up was slated to arrive in 2020, though it never did.

However, there are plans to bring the story of the infamous Dan Mallory to the screen.

In 2020, Deadline announced that Jake Gyllenhaal would star as Mallory in a series adaptation of the New Yorker article.

“What may have started as my dog ate my homework turns into my mother died of cancers, my brother took his life and I have a double doctorate. Our protagonist is white, male and pathological. There is a void in him and he fills it by duping people. He’s a scammer. The series examines white identity and how we as an audience participate in making room for this behaviour," Bravo told Deadline at the time.

So, what the heck happened with the movie?

The film rights for the book were originally secured by Fox2000 in 2016 - two years before the book came out.

It was originally slated to be released in October 2019 but Disney - who had acquired Fox2000 by that time - delayed the release after the film had confused test audiences. 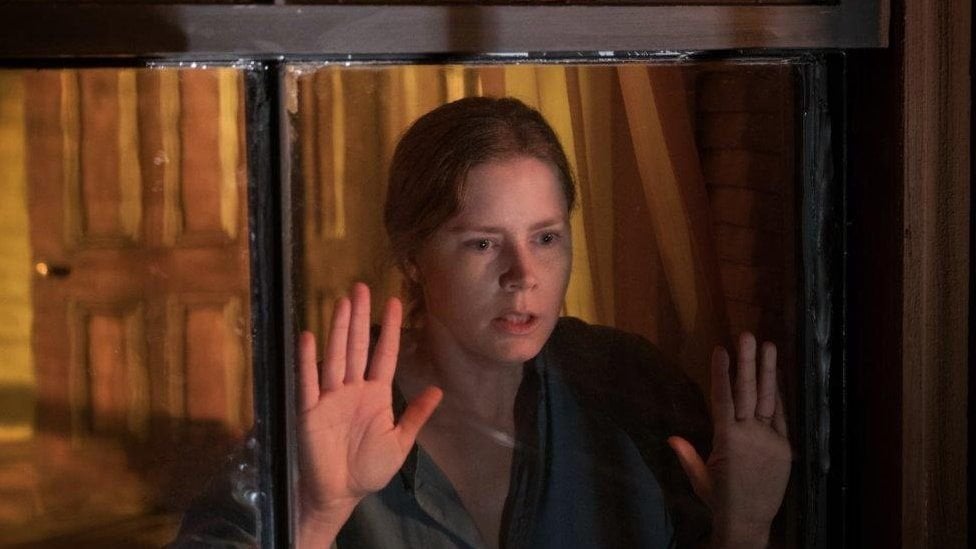 Producer Scott Rudin and writer Tony Gilroy took over the project and reshot scenes but according to The Hollywood Reporter, it still tested that way.

Director Joe Wright admitted to Entertainment Tonight changes were made to the initial script after test audiences found it confusing.

"There were some plot points that people found a bit confusing — I would say possibly too opaque maybe," he told the publication.

"So we had to go back and clarify certain points, but I think also we tried to make sure we didn't oversimplify anything and make things too clear. There's an enjoyment in not knowing what's going on, but at the same time, you have to give the audience something to hold on to — you have to lead them through the labyrinth of mystery and fear."

In August 2020, Disney sold the rights to Netflix but stated it had nothing to do with the controversy surrounding Mallory.

“An adult-themed thriller isn’t a good fit for the family friendly Disney+ streaming service, and release calendars are going to be overloaded when movie theatres reopen and audiences return,” Deadline reported at the time.

What has been the reaction to the film?

Look, it hasn't been great. It seems like those test audiences were on the money.

A lot of viewers have been left confused by the plot and the twist that seem to come out of nowhere but be completely obvious at the same time.

Critics have widely panned the film, and it has become a bit of a punchline.

Benjamin Lee for The Guardian wrote that Amy Adams "gives a flat performance as an agoraphobe unravelling a dull mystery" in Wright's "cursed mis-step" of a movie.

"The movie is a pallid, dull slog of bad acting and worse storytelling," wrote Richard Lawson for Vanity Fair.

"The story is a muddle, clunkily paced and building toward an entirely unearned (and uninteresting) twist reveal," he added.

This writer gave the film "four out of five drunk, unreliable female protagonists" and said it was a fun way to spend one hour and 40 minutes before falling asleep on the couch.  ¯\_(ツ)_/¯

The Woman in the Window is streaming on Netflix now.