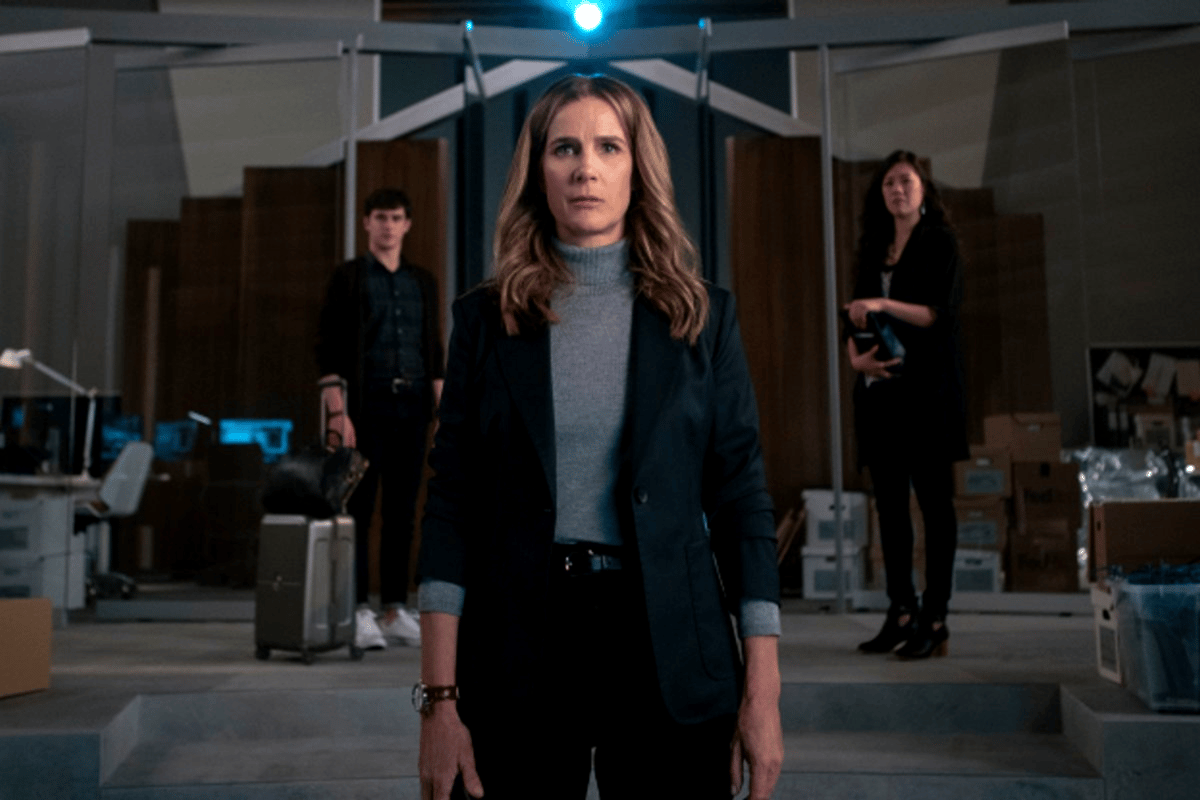 On the surface, The Wilds looks like another typical survival drama series.

But beyond the stereotypical marks of survival shows like Lost and The Society, there's a much deeper story to The Wilds.

Created by Daredevil's Sarah Streicher, the 10-episode Amazon Prime series has been described as "addictive" and "incredibly watchable".

Outside of the mysterious plotline that slowly unfurls throughout the show's 10 episodes, the heart of the series lies in its main characters.

Much like Lost, each episode of the series focuses on a different girl, flashing between their life on the island and their life back home.

As each of their stories unfold, the real theme of The Wilds shines through. This isn't just a survival story. It's a reflection of the issues dealt with by teenage girls all over the world. 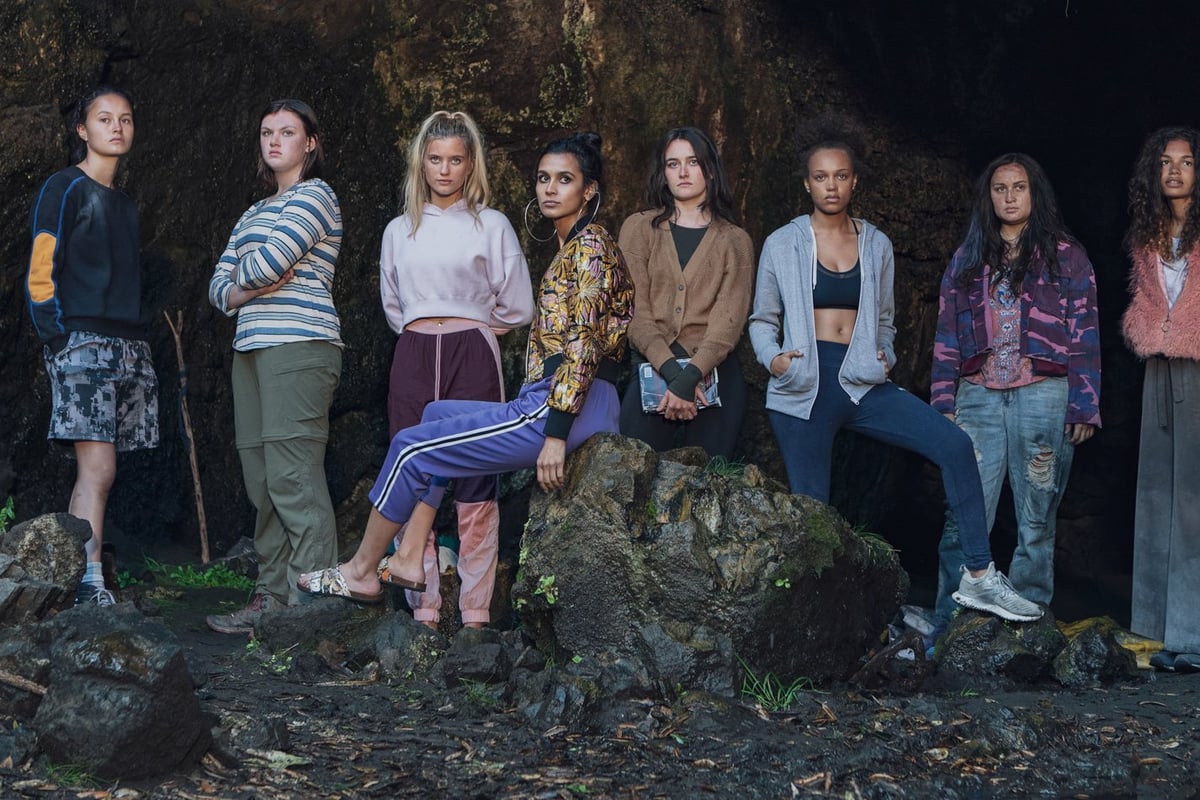 "There was trauma," Leah (Sarah Pidgeon) tells a therapist about her life on the island in one of the show's opening scenes.

"But being a teenage girl in normalised America? That was the real living hell," she says.

"When you go looking for the cause of [our damage], don’t go looking on that f**king island."

As each episode of the series focuses on a specific character, viewers are able to gain a strong emotional attachment to each character. (Yep, prepare to laugh and cry throughout the season.)

There's Leah, who is dealing with her first heartbreak after losing her virginity to a 30-year-old author.

There's Dot (Shannon Berry), who has spent her high school years caring for her dying father and dealing drugs to finance his medical treatment, and Shelby (Mia Healey), a closeted Christian pageant queen.

How does The Wilds set itself apart from other shows? Rachel Griffiths has the answer.

"I looked for some historical villains, particularly from the science world, who could overlook immediate moral questions for some perceived greater gain," Rachel told Mamamia when describing how she brought her character of Gretchen Klein, the head of the Dawn of Eve program, to life. "I was also very interested in Elizabeth Holmes (who founded and was the CEO of Theranos, a now-defunct health technology company) who I think was motivated by the most profound need to be extraordinary, perhaps more than a real belief in the science she purported to have resolved.

"She had to be dangerous and wilfully blind to the actual data she was harvesting to maintain the narrative that she was a genius.

"I explored the idea that modern life does not give young women opportunities to be brave and heroic. It’s all about accomplishment in cerebral, sporting, or social terms.

"Girls don't get the chance to find what they have in them."

"I can’t think of another show that explores the journey of becoming women so profoundly through the female gaze," she continued. "It was written, produced, and mostly directed by women. The girls were cast for their authenticity and not their 'hotness'. The show does not rely on sex, nudity or drugs to shock us. That is quite radical in itself. This show is saying the interior lives of girls are worth exploring.

"I hope The Wilds raised the bar in terms of depicting complex and diverse young women, but I guess I hope audiences see that our inner lives as women are so much richer and more interesting than TV has so often made out to be."

Emotional flashbacks, the intriguing conspiracy, and the twist at the end that you won't stop thinking about.

Lost for the character flashbacks, The Breakfast Club and Mean Girls for the slumber party vibes, and Lord of the Flies and The Society for the survival story. 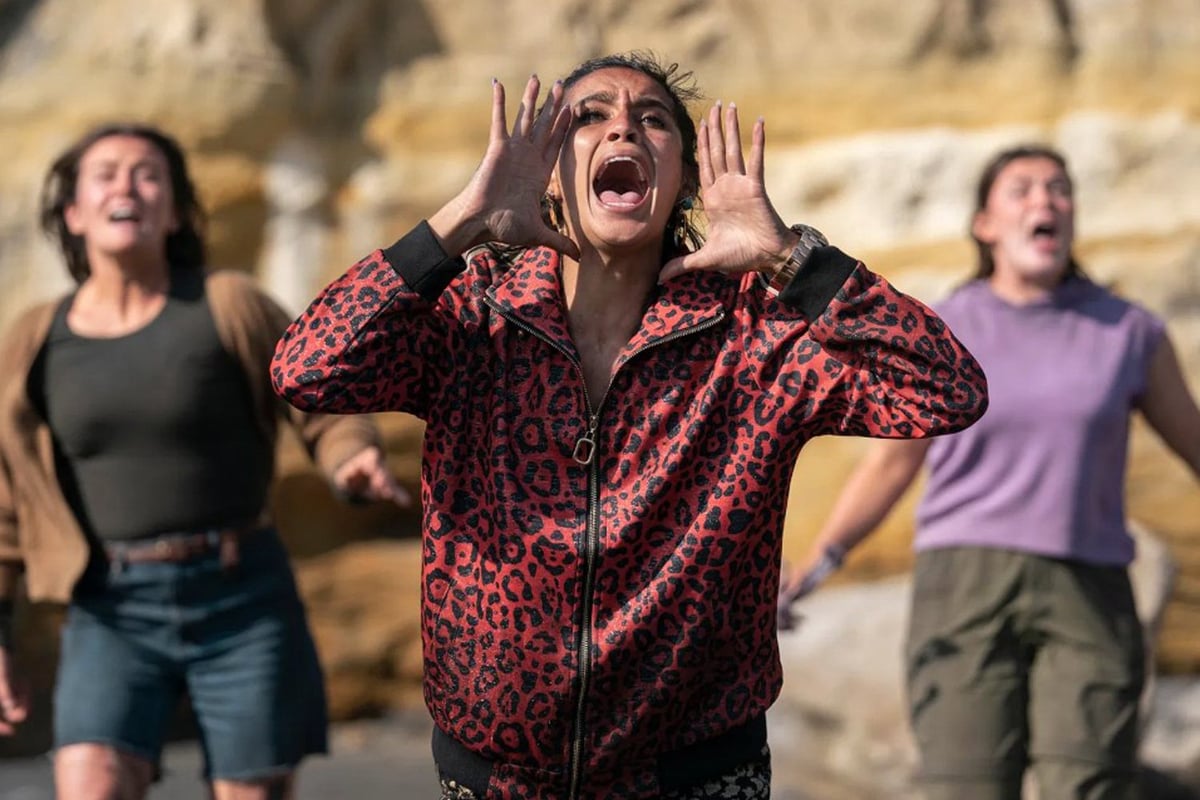 The Wilds is the type of series that you'll be thinking about for days afterwards. Not just because of the cliffhanger ending (or the million questions you'll have after the finale), but because of the interesting characters, the endless twists, and the deep themes.

The 10-episode series is compelling and addictive, making it perfect for your next weekend binge-watch.

You can watch The Wilds on Amazon Prime now.