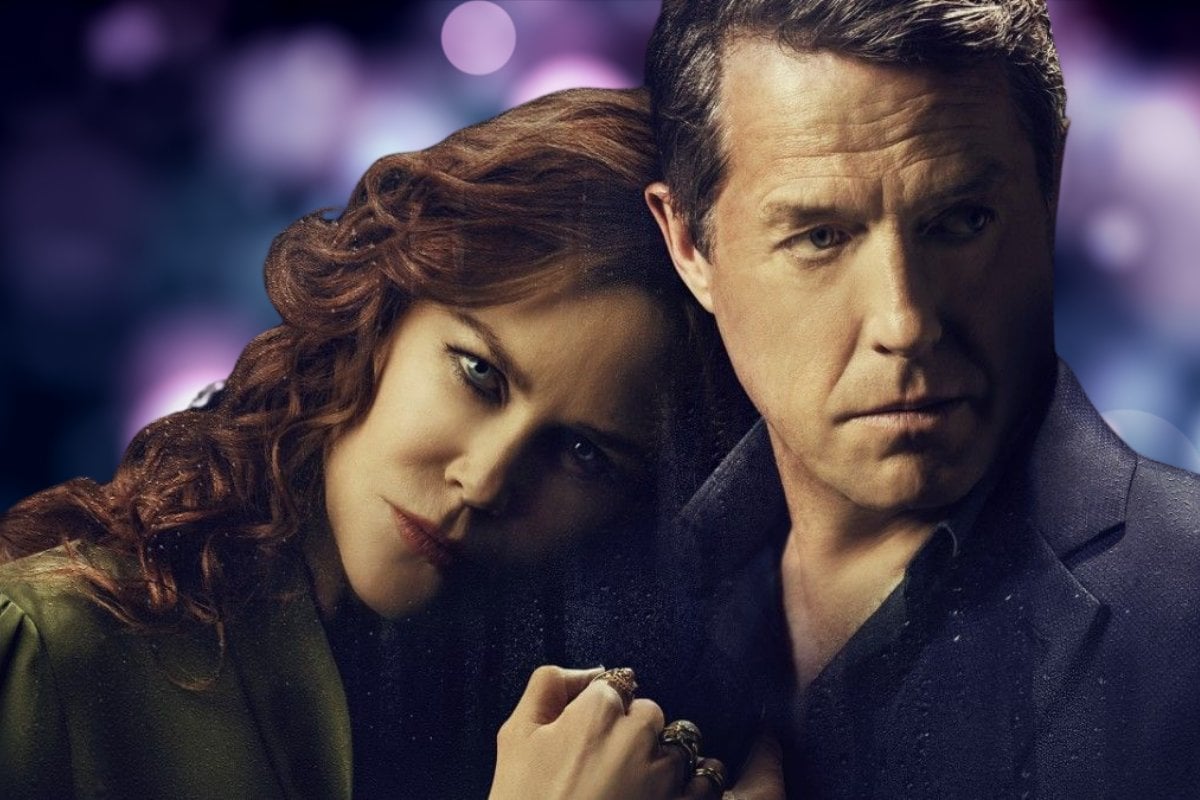 WARNING: This post contains MANY spoilers for The Undoing. If you haven't watched it, pop over to Binge and then meet us back here.

It had all the elements of a brilliant series. Nicole Kidman pacing around Manhattan in a series of fabulous coats, questioning whether her husband is a sociopath. A sexy, silver fox version of Hugh Grant, accused of murdering his mistress, while also being just as charming as he was in the rom-coms that made him a household name. A bunch of shots of Central Park and the promise that these beautiful, rich people had done terrible, terrible things.

And, most importantly, a twist at the end of every single episode that kept us coming back for more.

Watch the trailer for The Undoing. Post continues below.

The series, which is based on Jean Hanff Korelitz's 2014 best-selling novel, You Should Have Known, follows the story of Jonathan and Grace Fraser, a Manhattan couple who seem to have it all.

When Elena Alves, a scholarship, public breastfeeding (the horror!) mum from their son Henry's school turns up dead, Jonathan flees the city and quickly becomes the prime suspect.

It's soon revealed that Jonathan was having an affair with Elena and he is the father of her newborn daughter.

In the book, Jonathan never returns to the city, instead he writes Grace a letter confessing to both the affair and the murder. Grace then has to come to terms with the fact the man she married had been living a double life, was capable of brutally murdering a young woman, and looked like an older, more pale version of that floppy-haired chap from Four Weddings and a Funeral.

In the book there was never any doubt that Jonathan was a dirty, dirty philandering murder-boy.

But while many viewers knew this going into the series, the director Susanne Bier hinted we were going to get a completely different ending in the series to what was presented in the book.

"The best you can do with a good book, if you want to dramatise it on screen, is do something else with it," she said during an interview with Oprah magazine. "By doing that you maintain the actual qualities of the book. But you create something that is possibly different and something in its own right."

Then Bier went even further with her ruse. In each episode she left us with a cliffhanger and a new suspect, leading us to believe that we were in for a twist we would never see coming at the end of the six-episode series.

Did Nicole kill Elena during one of her many green-coated walks? Did the small privileged child kill his father's mistress in revenge? Did one of those pigeons in Central Park do it?

Then yesterday the finale dropped on Binge and we found out Jonathan was the killer all along and Nicole Kidman and her glorious coats played absolute no role in the murder. Even their suss little son had nothing to do with it.

All the clues and twists along the way were just red herrings to throw us off the scent - the scent we'd already sniffed going in.

In conclusion, we watched six hours of Nicole Kidman walking around Central Park being all tall in a green coat and Hugh Grant giving us Daniel Cleaver does a murder vibes, only to reach the same conclusion as the book.

We were tricked like the gullible little fools that we are, and we'd do it all again in a heartbeat.

You can watch the entire first season of The Undoing on Binge and Foxtel now.

Reply
Upvote
I was actually pretty disappointed by the final episode. What a boring old story, the adultering husband killed his mistress. Give us something really tangible. Henry would've been a great option. Or even Grace's Dad. Something just a little more interesting.
I think the hardest part in the whole series was when I thought Jonathan was going to kill Henry (first by car crash, then by throwing him off the bridge).

Reply
Upvote
@shadie3 The banality (for want of a better word) is quite fitting though. Most murders in life are not intriguing with lots of twists and turns. I too thought they were going to write in a murder-suicide in the final episode, which sadly would be art imitating life.

Reply
Upvote
Great series. However, I would have loved to have seen someone other than Nicole Kidman in the lead role. She's been playing the "troubled rich lady with hidden secrets" for some time now.  Of late, Kidman productions consist of lots of close shots of her looking slightly perplexed whilst wearing fabulous clothes - it's all becoming a bit same-same for me. Donald Sutherland stole the show.