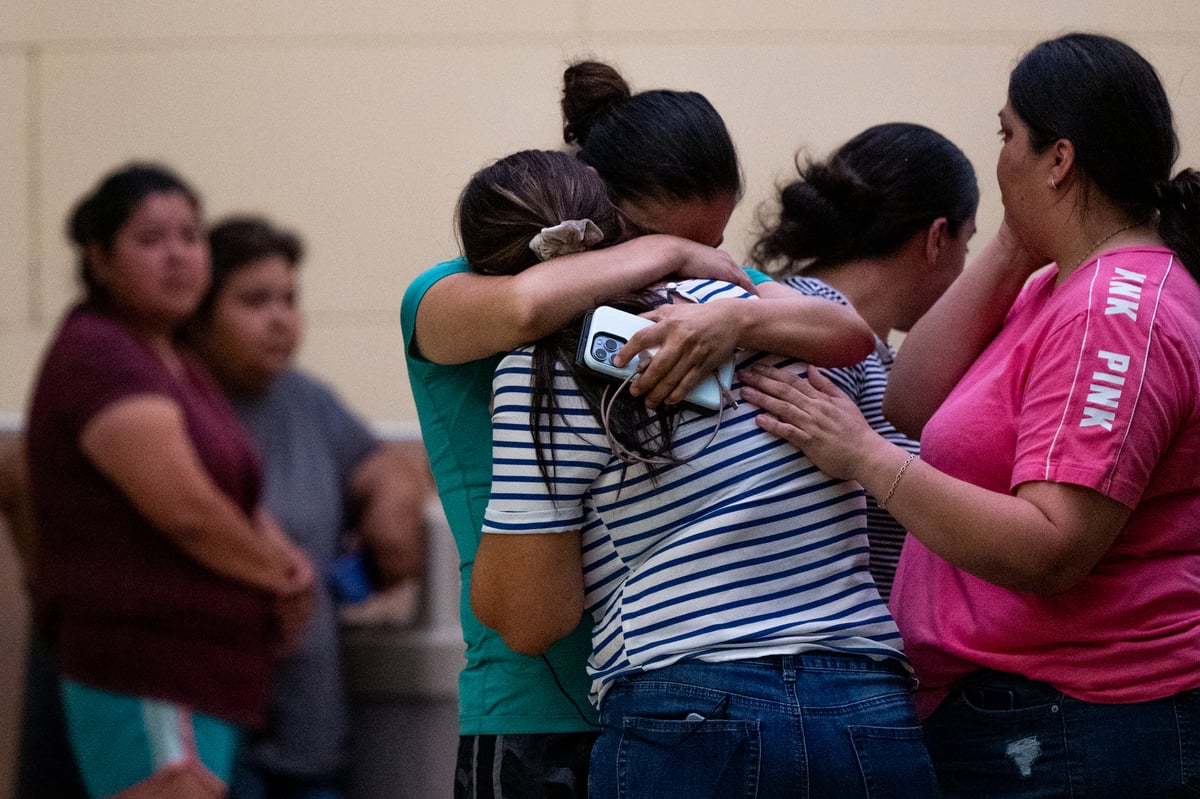 This post deals with disturbing events and maybe be triggering for some.

The recent mass shooting at a Texas elementary school isn't shocking. And that's what makes it so devastating.

No longer do we see these tragedies as "unimaginable" or "unthinkable". Rather, they represent the reality that Americans - in this case Texans - face. The fact that sending your child to school is a risk to their lives.

On Wednesday, an 18-year-old local man opened fire at Robb Elementary School in Uvalde, Texas. At the time of writing, 19 children and two adults have been killed, and dozens injured. The suspect - who also died - is alleged to have murdered his grandmother before committing the massacre.

The mother of one of the children killed, Amerie jo Garza, released a statement saying - "She's been found. Please don't take a second for granted. Hug your family. Tell them you love them. I love you Amerie jo. Watch over your baby brother for me."

This incident is the 27th school shooting in the US this year. And for the last few decades, the sheer number of mass shootings hasn't waned.

In the UK, a similar scenario occurred. 26 years ago, a gunman walked into Dunblane Primary School in Scotland and murdered 16 young children and their teacher. It provoked a major response from the UK Government, and by the following year, parliament had banned private ownership of most handguns and enacted tight gun control legislation.

Watch: I survived the columbine school shooting. Post continues below.

As the survivors of that shooting wrote in an open letter to those affected by the Parkland Florida school shooting - "there have been no more school shootings" in the UK since Dunblane. "Laws were changed, handguns were banned and the level of gun violence in Britain is now one of the lowest in the world."

And in recent years, other nations have followed suit in the wake of tragedies, including New Zealand and Japan.

So many countries have made this happen. Why can't America?

A lot of it comes down to the power of the National Rifle Association (NRA).

The US has a powerful gun lobby that promotes and defends their 'Second Amendment' - the right of the people to keep and bear arms. It's something that is enshrined in the American constitution, with the NRA donating millions to the election campaigns of like-minded politicians. In fact, the nonpartisan Center for Responsive Politics estimated that during the 2016 election, the NRA and its affiliates spent $54m to help secure Republican control of the White House and Congress, $30.3m of which went toward helping elect Donald Trump.

And the relationship between the NRA and the Texas Government is even more enmeshed.

Texas Senator Ted Cruz was one of the biggest recipients of funds from the pro-gun lobby during his last campaign.

The Governor of Texas, Greg Abbott is best remembered for a tweet he sent asking his Texan constituents to "buy more guns" so that Texas could lead the country in gun sales. Plus, he also signed legislation in 2021 to allow 18-year-olds - rather than those 21 and over - the right to purchase a gun. In Texas, you can't drink at 18, but you can buy a gun.

Ultimately, the lack of gun laws in Texas is terrifying.

In Texas, people can legally carry handguns without licences. Before that law went into effect, Texans had to clear a background check, pass a safety course and show they can shoot to get a licence to carry a handgun in public.

Hotel guests can store firearms in their rooms.

Most arms, including military-style weapons, can be owned in Texas.

There is no minimum age to possess firearms under Texas law. Parents and legal guardians are allowed to give written permission for the sale of one or consent for the minor to be given one as a gift.

But do you know what is illegal in Texas? From the six-week mark of pregnancy, women cannot have an abortion. For context, many women don't realise they’re pregnant by that date. There are also no exceptions for pregnancies from rape or incest. Because apparently in Texas, a fetus' life is more important than the life of a second grader.

In the wake of this shooting, these gun-wielding Texan politicians have sent out countless tweets calling for "thoughts and prayers". As Ted Cruz wrote: "Fervently lifting up in prayer the children and families in the horrific shooting in Uvalde".

But as we realised so long ago, thoughts and prayers simply aren't enough.

Aren’t you slated to headline a speaking gig for the NRA in three days - in Houston, no less?

You can do more than pray. Faith without works is dead. https://t.co/NMX64KljhL

America, where states seek to charge women for homicide for having an abortion but have no worries about an 18 year old having military grade guns to commit mass murder

There is no such thing as being “pro-life” while supporting laws that let children be shot in their schools, elders in grocery stores, worshippers in their houses of faith, survivors by abusers, or anyone in a crowded place.

It is an idolatry of violence. And it must end.

Sorry, but this tragedy isn’t “unimaginable.” We saw ten people killed at a grocery store last week! We saw an elementary school shot up with 20 kids dead less than ten years ago. It’s very much imaginable now.

The National Parents Union released a statement on Tuesday.

"This is the deadliest elementary school shooting in the United States since the Sandy Hook Massacre in 2012. Nearly ten years have passed since that horrific day, and yet very little has changed. We need more than thoughts and prayers. We need policy change and real action."

Perhaps President Joe Biden will be able to make a difference.

In his national address he said: "These kinds of mass shootings rarely happen anywhere else in the world. Where in god's name is our backbone? It's time to turn this pain into action."

But given the sheer power of the NRA, America's ignorant obsession with their Second Amendment and the NRA's funding of conservative politicians, it feels like a hopeless task.

Yes, the 18-year-old man behind this atrocity is responsible for this school shooting. But Texan lawmakers should be held accountable too.

Because they have blood on their hands.

Reply
Upvote
Of course this isn't shocking. What's shocking is that the self-proclaimed greatest nation on earth values guns over children.
L
laura__palmer a month ago