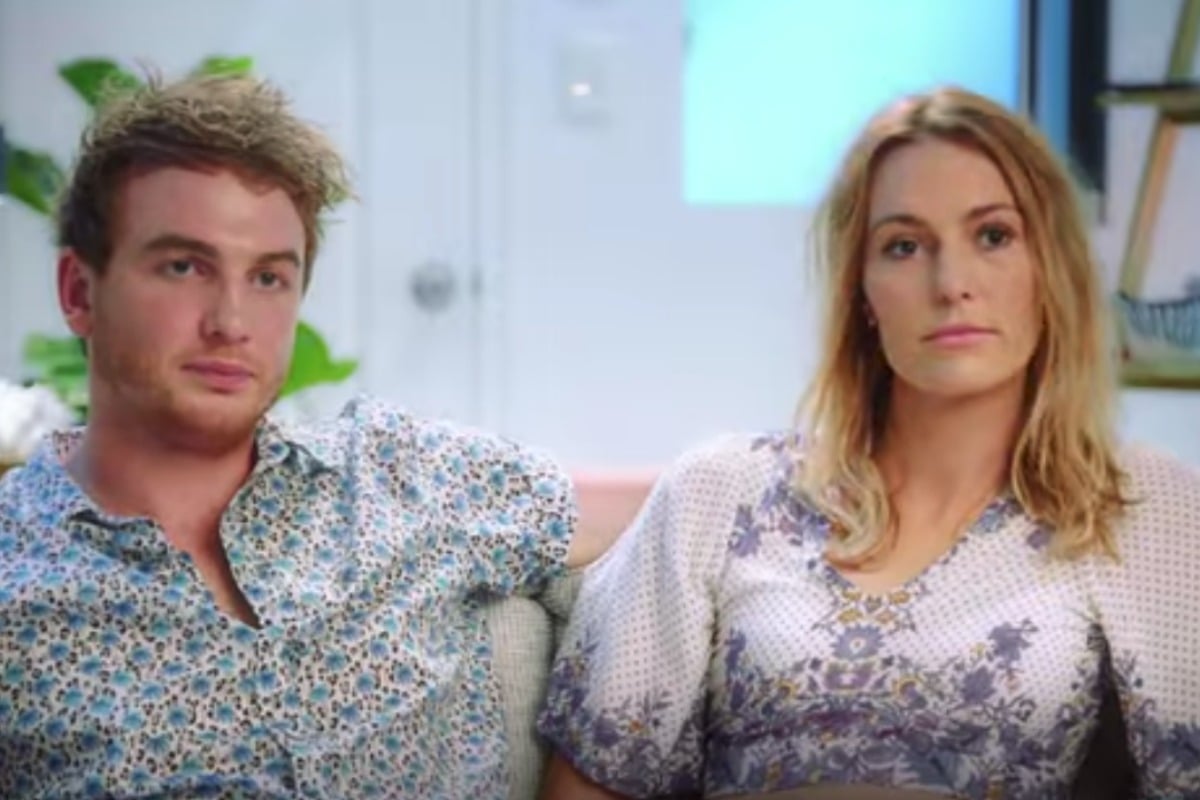 There’s no greater source of anguish than trying to revive a relationship damaged beyond repair.

After years of romantic history, maybe even time spent living together, you of course still like the person you’re with. There’s probably even still love lingering there. But it’s just… not working, for whatever reason.

It’s an incredibly hard truth to admit, and often only comes after desperately trying to fix what has been broken.

Maybe you thought an overseas trip would do the trick.

Maybe you tried taking a “break” to patch things up.

Maybe you’ve been in couple’s therapy.

Hell, maybe you even tried having an open relationship for a while.

Sometimes these things can do wonders. Not all damage is impossible to overcome.

But if your relationship is so bad you’ve resorted to signing up for a reality TV show “experiment” where you’re paired with a new partner to “test” your loyalty to each other… it’s probably time to call it a day.

In fact, it was probably time to call it a while ago.

We’re talking to you; cast of the Super Switch.

The trash TV addicts out there (us) have probably started to find their fix with the latest ~social experiment~, Channel 7’s The Super Switch, which is a twist on the Seven Year Switch.

This year, the experiment takes a step further, with the six couples living in two share houses together, under the same roof. We assume this is because Channel 7 is hoping someone might be seriously injured in a brawl on this show, beating the glorious trash fire that was last season of MAFS.

When something goes wrong with one of the experimental couples – or their real partners – they all have to hash it out in group therapy sessions.

It sounds like great watching if you’re into seeing relationships burn to the ground.

Inevitable drama aside, we can’t help but wonder how this could possibly be the answer to any kind of relationship trouble.

It doesn’t make… sense, and someone needs to step in before this makes things much, much worse.

They’ve been together for six years, but struggle with trust issues.

Particularly Olga, who has forbidden her boyfriend from so much as looking at any other female humans walking the earth, rendering him unable to order a coffee from a lady barista.

On last night’s episode Olga snaps at Tyler: “Don’t look at her! She touched your arm! That is flirting!”

He was talking to a waitress.

“She’ll get jealous, she’ll get angry,” Tyler complains. “She’ll cause all these fights and not realise the damage she’s actually doing. She doesn’t trust me, trust is everything.”

So hey, it seems like brilliant idea to play on Olga’s insecurities by putting Tyler in an actual bed with another woman, rather than, we dunno, attending some sort of therapy session to figure out the root of her trust issues. ¯\_(ツ)_/¯

(Maybe Tyler is actually a shady guy? Maybe Olga’s been cheated on in the past?)

Sounds like the makings of either a) Olga having some sort of nervous breakdown (ratings!) or b) Tyler growing sick of her constant distrust and ending things.

Either way, it does not bode well.

How can these so called ‘experts’ tell us that this show is about saving relationships? The couples have to sleep in the same bed. They’re literally being encouraged to cheat. #SuperSwitch

This brings us to Lachlan, 27 and Miranda, 25, who have been dating for two years. TWO YEARS.

Lachlan is very open about the fact that he “wants to marry Miranda in the next two years,” whereas Miranda is quick to tell the camera she could mayyyyyybe see herself being engaged in “a few years”.

But just when it seemed things couldn’t get any worse, it turns out there is another “problem” for the couple.

“Guys will come up and approach you, and it makes me furious to be honest,” Lachlan complains to Miranda. “At the end of the day, they all want one thing. Of course I’m going to confront the bloke and say something to him.”

“It’s quite regular that Lachlan will become quite overprotective,” Miranda adds. “It feels like I’m being blamed.”

In the first episode, Lachlan tells Miranda she needs to be careful around men because all they want to do is have sex with her, and if she was to end up in an unwanted situation, it would essentially be her fault.

It’s… everything that’s wrong with the conversation surrounding violence against women in Australia and it’s definitely not OK.

After warning Miranda to not “put yourself in that situation” on a night out, he becomes furious when he spots her speaking to another man.

“She’s talking directly to a bloke … that there really pisses me off,” Lachlan fumes. “She doesn’t realise and is a little naive with what the other guys intentions truly are.”

Omg! She’s talking DIRECTLY to a bloke!!! What a tool, is she to lock herself away and never come in contact with men?? Ohhhhh but it’s because he LOVES HER!! #SuperSwitch

He adds: “Maybe knowing when to just walk away and stop could probably prevent a lot of issues.”

We can’t help but agree with him here. Miranda should definitely walk away from this relationship and this entirely cooked show. Like, yesterday.

(And we mean that for all of them).

The Super Switch is available to stream on 7Plus.

People need to stop using the term overprotective to describe jealously like this. It's not cute, it's just a controlling behaviour that is a huge red flag!

Apparently we do too Flyer lol