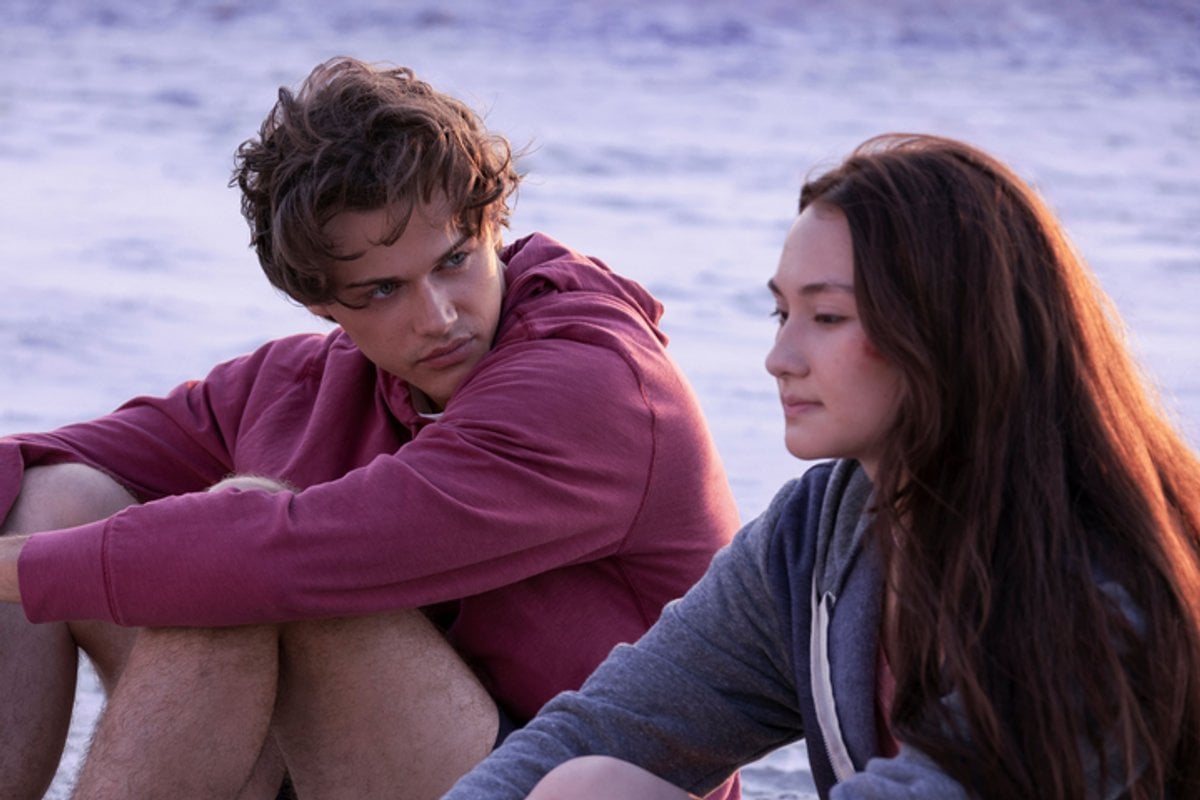 When author Jenny Han began adapting her beloved young adult trilogy into a TV series, she faced one major roadblock.

The Summer I Turned Pretty author knew her readers had been waiting more than a decade for these characters to appear on the small screen, but at the same time, they would have a very specific idea in their heads of how it should all look.

So the weight of potential disappointment weighed heavily on her shoulders.

Watch the trailer for The Summer I Turned Pretty right here. Post continues after video.

The Prime Video series, which is now streaming, is a multigenerational drama that tells the story of Isabel "Belly" Conklin (played by Lola Tung), during the eventful summer she turns 16.

Just like every other summer of her life, Belly is spending the holidays with her mother Laurel (Jackie Chung) and brother Steven (Sean Kaufman) at the beach house of her mother's oldest friend Susannah (Rachel Blanchard) who we soon learn is hiding a difficult secret.

Susannah's two teenage sons Jeremiah (Gavin Casalegno) and Conrad (Christopher Briney) round out the rest of the family holiday gang, but while they've always treated Belly as a little sister in the past, this year things are different and a truly captivating love triangle emerges.

"I know that when you picture a book in your head, you have really specific ideas about the way everything looks and sounds," Jenny Han told Mamamia while explaining how she went about adapting her work. "I wanted to honour that for the reader, but as a writer, I've always tried to please myself first. Then hopefully I'll create something that other people will enjoy as well.

"I tried to really keep the spirit of the books alive, but at the same time I was thinking about ways to be more reflective of the modern-day because it's not a period piece," she continued. " But yet, it has been 15 years since I first wrote them and 13 years since they came out. So a lot has changed in terms of the use of social media and technology." 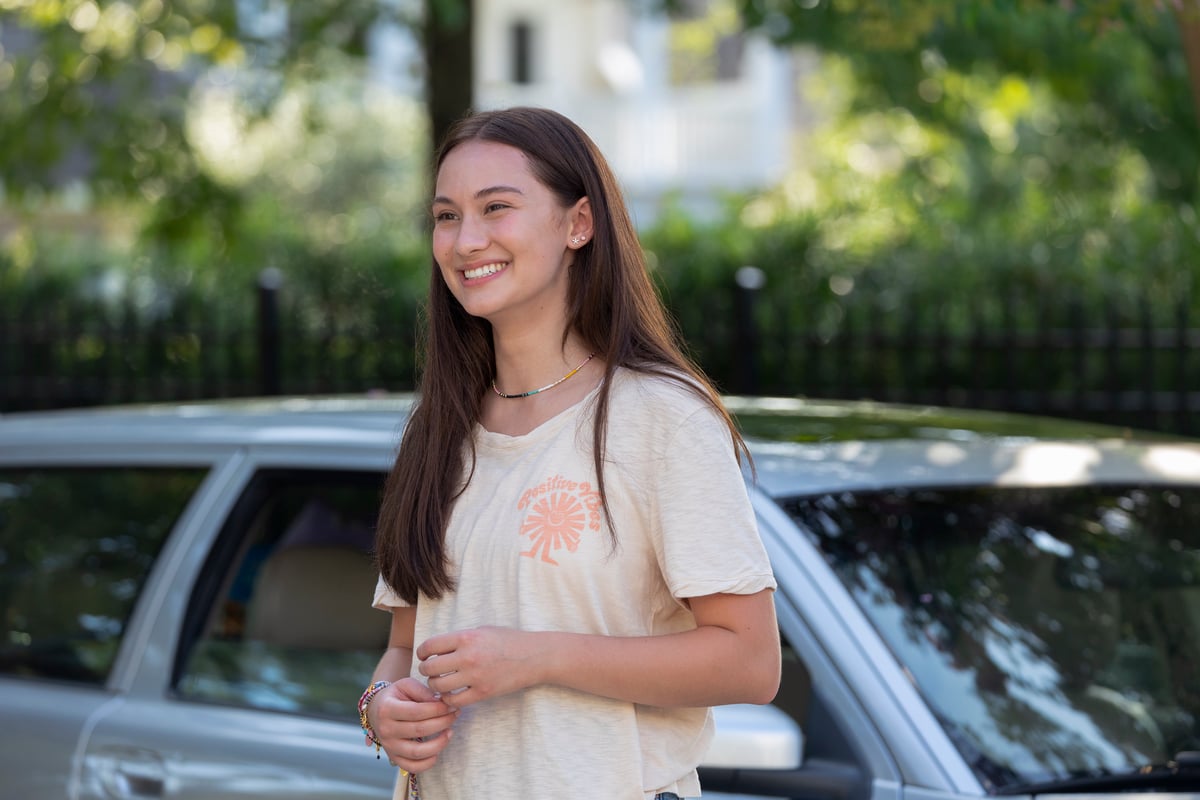 This multigenerational drama tells the story of Isabel "Belly" Conklin (played by Lola Tung), during the eventful summer she turns 16.Image: Prime Video. For Jenny, who acted as one of the showrunners on the series and who also wrote the pilot, making the changes from the original book to the new screen adaptation was all part of the process.

These changes included making the character of Jeremiah sexually fluid in the series, fleshing out the character of Steven instead of having him leave the beach as he does in the book. She also introduced the plot point of a debutante ball in order to drive the show narrative and escalate the romance between Belly and Jeremiah.

When it came to casting the lead role of Belly, Jenny, who is also the author of the bestselling To All the Boys series, said the one thing she wanted to avoid was using a famous face.

"Casting Belly was somewhat of a long process because we really wanted to be open to unknowns and people who had never acted before," Jenny told Mamamia. "I didn't want a familiar face in the role, I wanted someone who felt fresh to the audience, someone who felt like a discovery.

"The character is so new to life and growing up and I think that feeling can be hard to manufacture. So I went into the casting with an open mind.

"We saw a lot of really talented young women. But I think for me, Lola just came to the forefront because she had a quality about her I found so endearing. I was hoping audiences would feel the same way.

"Lola and I had a lot of conversations about the character and she is a really thoughtful actor. She had a journal with her at all times that she was writing notes in. We talked a lot about the intentions behind things because I wanted her to feel ownership over the character and have moments of discovery for herself."

While The Summer I Turned Pretty is very much a teen-focused series dealing with first-time love and heartbreak, it also examines the emotionally charged relationship that occurs between adults who have been best friends their entire lives and the complexities that come with facing a new range of hardships.

"I hope older women can watch the show and reminisce about moments in their own lives," Jenny said of the longtime friendship between Laurel and Susannah. "I hope they remember those special summers, along with their first love or heartbreak. I'm also hoping young people will watch it and aspire to those kinds of summers.

"It's a tricky balancing act," she continued. "Because it is a teen show about a love triangle and there's only so much extra real estate you have to explore. But I really wanted the two adult women to feel like they were having stories of their own that weren't just about being a mum."

They have fully realized story arcs about their own personhood. As much as it's a coming of age story for Belly, it's also a coming of age for Laurel as she navigates life after divorce, which puts her at a big crossroads in life.

"I hope watching this series teaches people that you can make so many mistakes in life, but you can still be really loved by the people around you, in spite of those mistakes. Those mistakes can help you become the person you were always meant to be."

The Summer I Turned Pretty has already been renewed for a second season, so there are many more stories waiting to be told.

The Summer I Turned Pretty is now streaming on Prime Video.