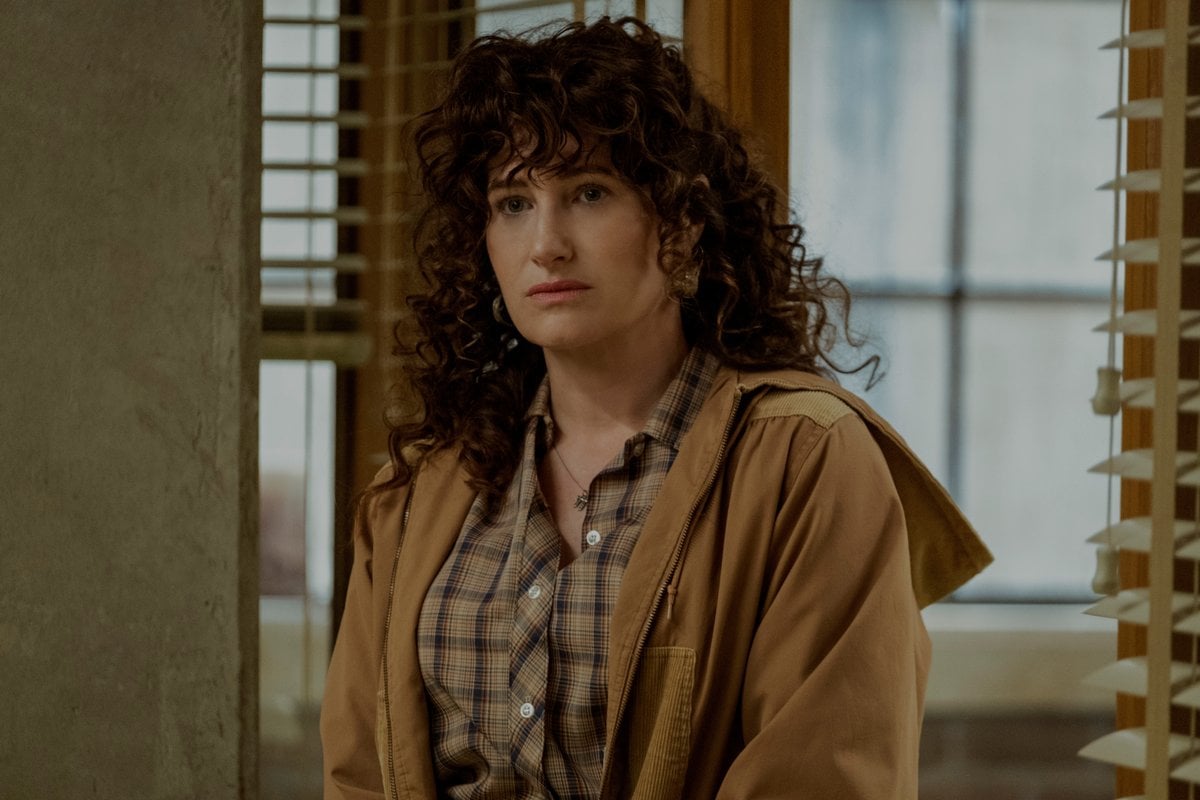 The true story behind Apple TV+'s dark new series The Shrink Next Door is almost stranger than fiction.

Based on the popular Wondery podcast of the same name, the eight-part series tells the story of wealthy businessman Martin "Marty" Markowitz.

In 1981, Marty unexpectedly began running his family's fabric business after losing both of his parents.

Watch the trailer for The Shrink Next Door below. Post continues after video.

Struggling under the weight of his new responsibilities, Marty begrudgingly followed his sister's advice to speak to a psychiatrist.

At first, Marty was resistant to therapy.

But after his first session with the 'psychiatrist to the stars' Dr Isaac "Ike" Herschkopf, he began to open up.

In the decades that followed, Ike gradually creeped further and further into Marty's life (and wallet), exploiting their therapist-patient relationship and manipulating almost every aspect of his life.

Over a period of roughly 27 years, Ike encouraged Marty to include him in his business affairs, manipulated him into ending his close relationship with his sister and her children, and even moved into Marty's home in the Hamptons, taking over the master suite with his wife while Marty retreated to a guest bedroom.

Now, just two years after The Shrink Next Door podcast dominated the charts, the bizarre true story has come to life on screen.

The new Apple TV+ series came to fruition after both Will Ferrell, who plays Marty in the series, and Paul Rudd, who plays Ike, listened to the popular podcast. 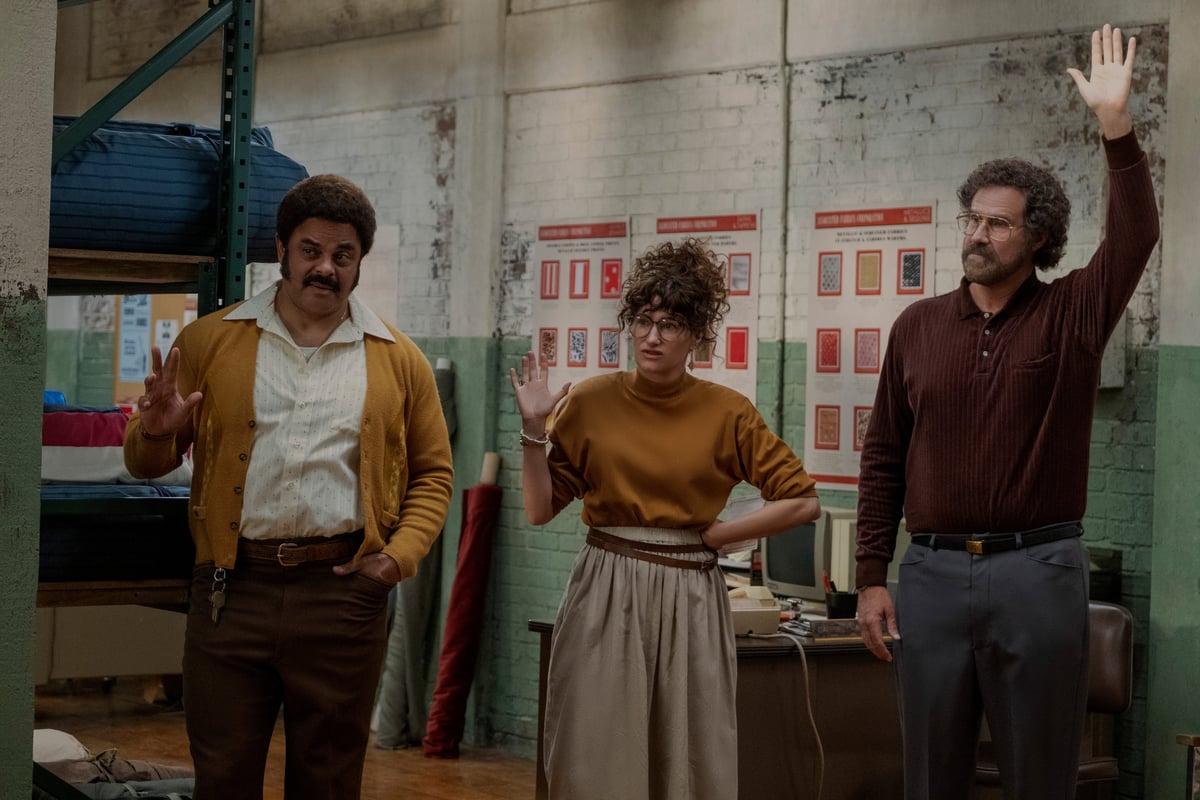 Cornell Womack as Bruce, Kathryn Hahn as Phyllis Shapiro, and Will Ferrell as Martin Markowitz in The Shrink Next Door. Image: Apple TV+.

Speaking to Mamamia on a video call earlier this month, Hahn shared that her decision to take on the project was a no-brainer.

"It was the last week of filming WandaVision and they asked if I would be interested in playing Phyllis, so I had a very short amount of time to say yes," Hahn told Mamamia.

"I had already listened to the podcast a few years before, and it just blew my mind. The story was so unbelievable to me, and also so relatable. I could see myself so easily in it. And when I heard who the cast was, and who was directing it, it was such an easy yes for me."

The fact the series was based on a true story provided an invaluable asset to the cast and crew.

To prepare for their roles, Ferrell, Rudd and Hahn were able to draw on what they learned from the podcast and their own discussions with the real Marty Markowitz and Phyllis Shapiro.

"I am forever grateful for her generosity and her open-heartedness and trust in me and I will hold those conversations very dear," Hahn said of speaking with the real Phyllis.

"Although what we made is of course inspired by the podcast, I’m not actually playing exactly Phyllis, but I really hope I held on to her essence because she’s a formidable, incredibly strong, and kind human being."

While working on the show, Hahn built a strong emotional attachment to her character - something that she finds with almost every project she takes on. 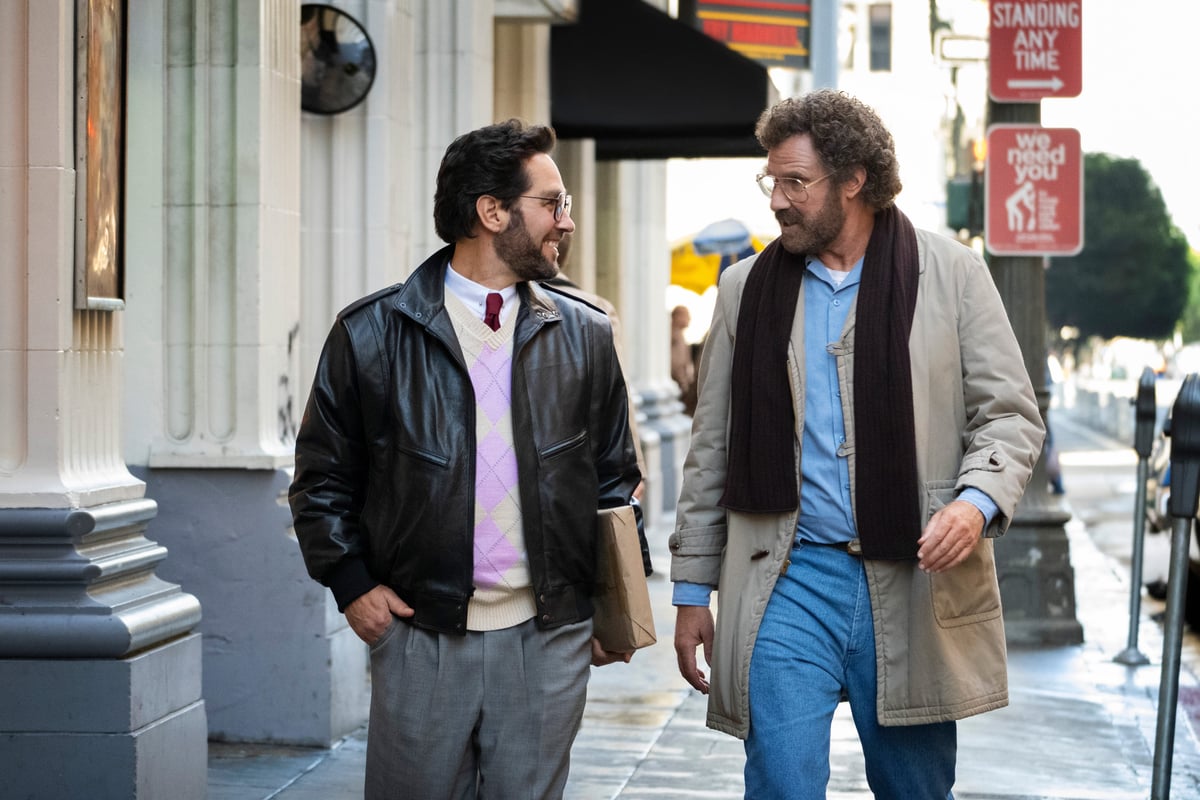 Paul Rudd as Dr. Isaac Herschkopf and Will Ferrell as Martin Markowitz in The Shrink Next Door. Image: Apple TV+.

"For [Phyllis] especially, I have two younger brothers. I'm like a wolf with protection for them both. I understood her so much from the inside.

"[After meeting Phyllis], aspirationally, I was like, 'This is a person that is able to find in their soul, after 30 years, a window of forgiveness. This is someone who has such strength and such fierce protection of her brother that she will do anything to protect him until he shuns her, and then yet still she’s able to be there for him 30 years later.'

"She doesn’t let him off the hook, of course, there’s still a lot of work to be had. But I just found her strength, her honesty, her humour, her softness of heart, all very aspirational for me as a person. So I learned a lot playing her."

Outside of its compelling (and sometimes baffling) storyline, The Shrink Next Door shines the most in its top-notch cast.

After working together on several comedies over the years, Ferrell, Rudd and Hahn have great chemistry on screen.

For Hahn, being able to work with Ferrell and Rudd on a dramatic series was a "really moving experience".

"It was a joy, and also very moving for me, because I had worked with [Will] at a time in my career when I was doing small parts here and there, and I had done a movie with Paul. I mean, we’ve known each other for so long.

"To finally meet up again after all these years in this capacity, I found it very, very moving. You know, they’re still the same guys. They’re lovely human beings.

"Will was always just this titan of comedy, he was always the nicest guy on the planet. But to be able to play with him on such a deeper level that wasn’t just comedy or bits was... I’ll treasure this experience for the rest of my life.

"He’s such an extraordinarily vulnerable and available actor that it was actually really legit difficult to say goodbye to him. It was a really moving experience."

The first three episodes of The Shrink Next Door premiere on Apple TV+ on Friday, November 12.