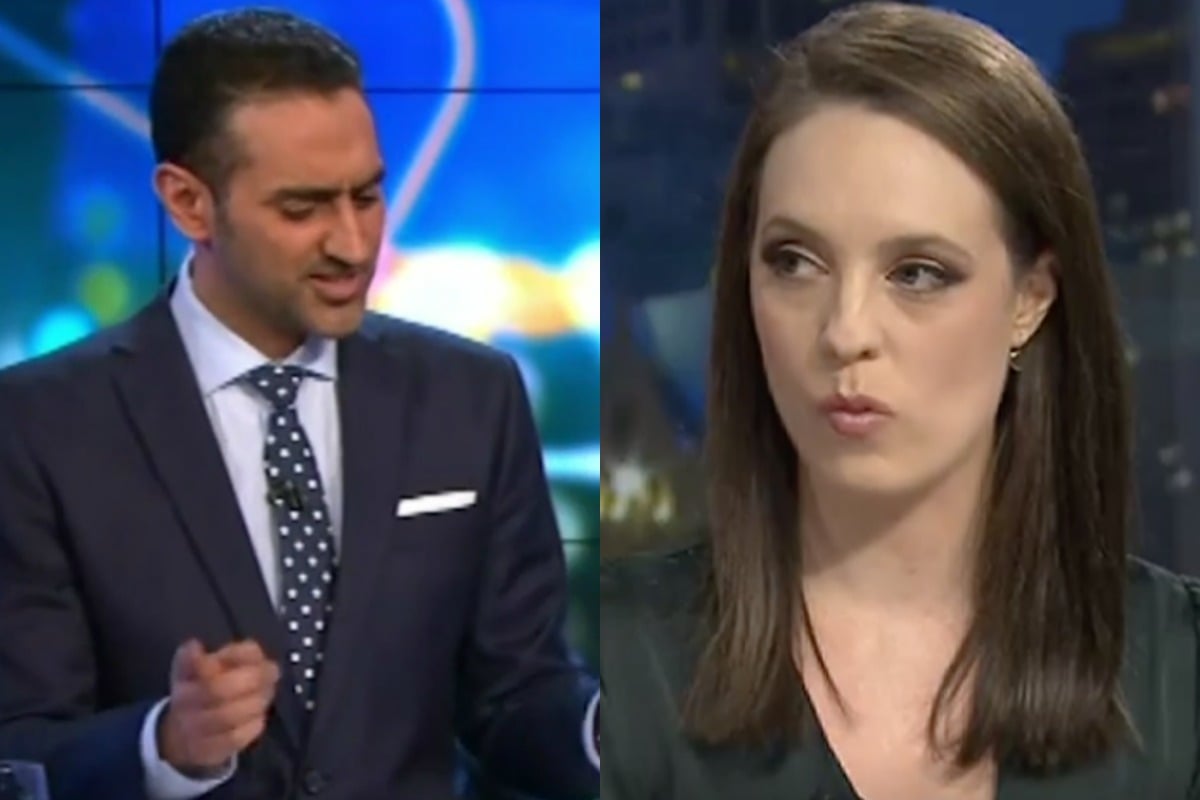 For days on end, the Israel Folau saga has been the biggest story in Australia.

Last week, the former rugby union star created a GoFundMe campaign to help raise funds for his legal fees to challenge Rugby Australia’s decision to sack him for his controversial social media posts.

As petitions were launched and outrage was expressed on all corners of the internet, hundreds of thousands of dollars were raised in just days. That GoFundMe page has since been deleted by the fundraising platform as it breached its terms and conditions – but another, hosted by the Australian Christian Lobby, has popped up in its place.

It was no surprise, then, that Folau was also the biggest topic on Monday night’s news and current affairs television.

GoFundMe’s decision to cancel his campaign is just the latest in a debate that has been ongoing after the 30-year-old shared a meme to social media in April that declared “hell awaits” those who “are living in sin”; among those damned souls (according to the meme, that is) are gay people, those who drink alcohol, lie and ‘fornicate’.

Folau has launched legal proceedings with the Fair Work Commission, arguing that his right to religious freedom was breached.

Despite having earned millions across his successful sporting career and an extensive property portfolio, Folau asked Australians to put their hands in their pockets and contribute to his legal defence.

The debate – which has centred on hate speech, freedom of speech, freedom of religion and contract law – was the subject of the first question on Monday’s Q&A when an audience member asked if Folau’s social media post was actually an attempt to “help people” so they can be “saved”.

The audience member wondered if “what he was doing, cannot so much be classified as hate speech, but rather the opposite and is in fact a brave act of love for those he is trying to help come to God”.

Sally Rugg, the executive director of Change.org, sat patiently as her fellow panellist and Minister for Education Dan Tehan insisted the biggest issue to come from this was the need for a religious discrimination act in Australia.

When given the chance to respond, Rugg first urged those around her to consider the true impact of their words before tackling the topic of a religious discrimination law.

"I just kind of want to pause for one second, because I feel like we’ve been doing Q&A for what, four minutes now, and already we’ve had several people repeat the claims that someone like me is going to go to hell unless I repent," she said.

"Or saying something vague about me needing to be saved, and that that was an act of kindness, for someone to say that I would need to be saved.

"I think it’s really important. You know, we kind of bandy these words around, and these ideas around, as if it’s some sort of philosophical argument, and as if these words don’t mean things, and they don’t do things.

"I am not going to repeat Folau’s words," she said. "But he made a disgusting comment about transgender children.

"That comment doesn’t exist in a vacuum. That comment exists in a reality where if you’re a teenager in Australia who’s transgender, you have a one in two chance of attempting suicide."

Rugg said these comments made her feel sick.

"They make me feel a bit sick, they make me feel tired, I feel confused as to why in 2019 we’re having this sort of esoteric discussion about whether it’s really harmful for these words to just be bandied about in our society."

As a rebuttal to Tehan's suggestion that a religious discrimination act was needed, Rugg said an act such as this could take away "the protective shield" of anti-discrimination laws.

A law like this would tread a fine line: It could, potentially, trump laws that prohibit hate speech and discrimination on the basis of sexuality and gender identity.

"Protections are there to protect people" she said. "Protections are meant to be shields. And so I wouldn’t want to see any sort of religious protection act that takes away the protective shield that anti-discrimination laws have for people like me, and the more vulnerable members of my community."

Shadow Minister for Infrastructure Catherine King also questioned how such a law would be defined and expressed doubt about its necessity.

"What is it that you can’t say now that you want to be able to say?" she asked. "That potentially will infringe on a whole group of other people’s rights? And potentially do harm?"

Folau was also discussed on The Project, with the panel discussing what GoFundMe's decision to delete Folau's fundraiser could mean for his cause.

In a statement, Folau said the recent backlash he received over the GoFundMe campaign had "hardened his resolve".

Panellist Steve Price remarked he'd never seen "an issue that has so divided the country".

Waleed Aly argued that no matter where you stood on the issue, GoFundMe's decision would have wide-reaching implications.

"Forget about the camps and just step back, whatever your view is. So now this page has been taken down, what exactly has been achieved?" Aly asked.

"He’ll still raise the funds, he’ll raise probably more… I feel like everyone is trying to win every little skirmish in the battle rather than letting it play out.

"He will go off to court, and he’ll end up in court, and there will be a resolution to this that way. I’m just not sure what either side thinks this is achieving."

Co-host Peter Helliar suggested GoFundMe's decision was to draw a line in the sand and show it did not support Folau's views on the LGBTQI+ community.

Lisa Wilkinson added that the number of eyes focused on Folau's particular campaign may have meant GoFundMe "felt the heat".

Aly suggested this decision may put even more eyes on Folau's cause.

"But that's the paradox in these things."

A new fundraiser, hosted by the Australian Christian Lobby, was created to source Folau's legal fees on Tuesday and reached $600,000 in donations in just 12 hours. The former-rugby star also shows no desire to give up his fight, so the discussion about hate speech, religious freedom and discrimination won't be going anywhere fast.

No matter what channel you flick your TV to, don't be surprised to hear the name Israel Folau.

"help people, so they can be saved" Can I roll my eyes any harder? Us non believers all know, Christians. We all know your beliefs. We don't think we need saving because the whole idea of believing in the supernatural is not for us. If you want to help people, help them to have a quality life in this life, not in some mystical place that probably doesn't exist.

I actually feel sorry for Israel at this point. He probably isn't the kind of guy to condemn people but he's being urged on by his father and others who I think want to exploit his position and celebrity. Jesus didn't even mention gay people either. But he was blistering towards religious bigots. I don't think the message Israel displayed was the message of the gospel at all! What a horrible gospel if it is! Love me my way or you'll burn forever? Who wants a piece of that???