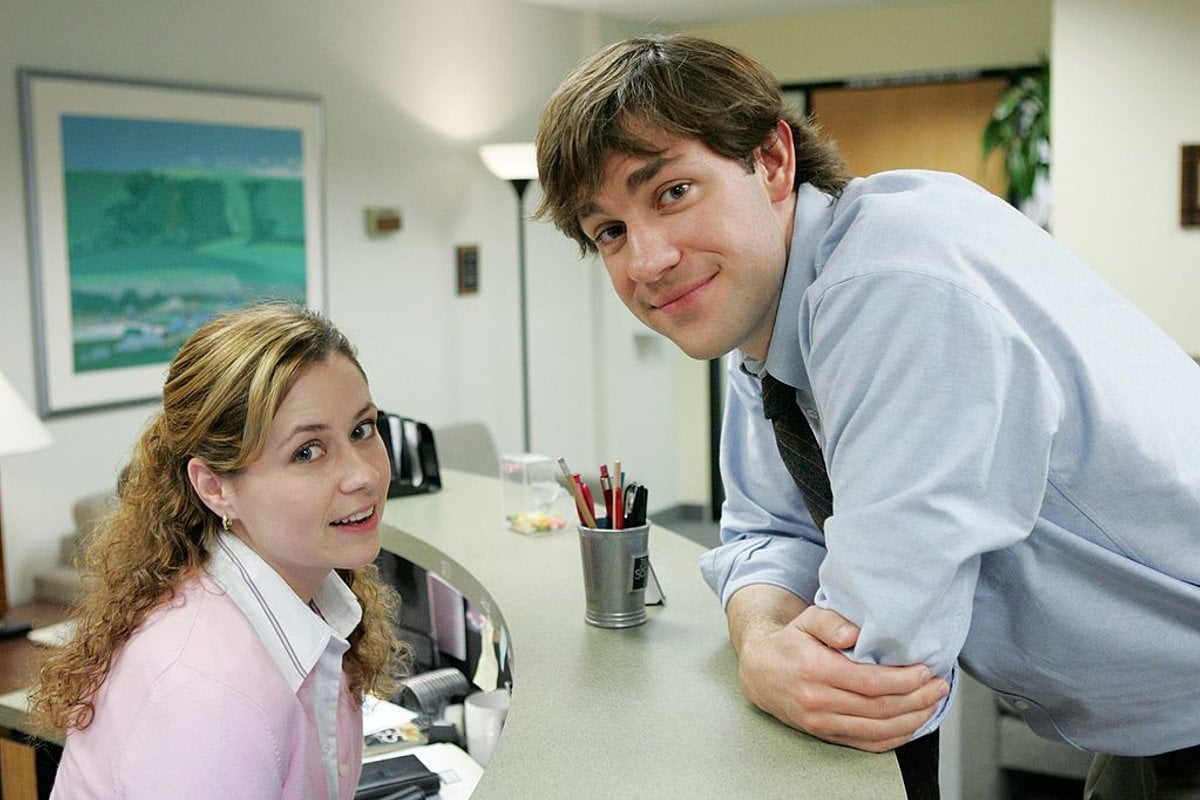 It's a known fact that the US version of The Office is one of the most loved sitcoms of all time. If you've seen it, you'll know exactly why.

The show, which ran from 2005 to 2013, and starred comedians including Steve Carell, John Krasinski and Mindy Kaling, introduced us to the Dunder Mifflin paper company, and the wide variety of employees that worked there.

Over the seasons, we became invested in Jim and Pam's love story, winced at Michael's terrible jokes, and laughed at Dwight's ridiculous antics.

Watch: The things people never say in the office. Post continues after video.

Whether you've watched the show once through or re-watched it countless times, there's a good chance you didn't know some of these behind-the-scenes facts about it.

Here are 13 things you probably didn't know about The Office.

This month, Brian Baumgartner (who played Kevin Malone) released a book about the TV show titled, Welcome to Dunder Mifflin.

Ahead of its release, John Krasinski and Baumgartner reunited for a mini Jim and Kevin reunion, where Krasinski shared one storyline he forced the creators to axe.

Speaking to Baumgartner, Krasinski explained that the creators floated the idea of Jim kissing Cathy while Pam was on maternity leave. That's the only time he put his foot down.

"I remember saying things that I never thought I'd say before, like, 'I'm not going to shoot it'," he said, according to The Wrap.

"There is a threshold with which you can push our audience. They are so dedicated. We have shown such great respect to them," he continued.

In a Twitter post, actress Jenna Fischer shared that she actually got to keep Pam's engagement ring.

"While true that I kept the engagement ring Jim gave to Pam, it was a silver prop ring, not worth $5,000, and I do not wear it in real life," she said.

While true that I kept the engagement ring Jim gave to Pam, it was a silver prop ring, not worth $5,000, and I do not wear it in real life. https://t.co/h2M1Y8iEPI

Jim Halpert's hair was a big part of his character development.

He went from young and boyish with a scruffy mop to sophisticated dad with it all slicked back. But according to Screenrant, Jim's hair wasn't always real.

While filming season three, John Krasinski was also shooting the film Leatherhands. For the movie, he needed to shave his head. So, during the last six episodes of season three, he was actually wearing a wig. 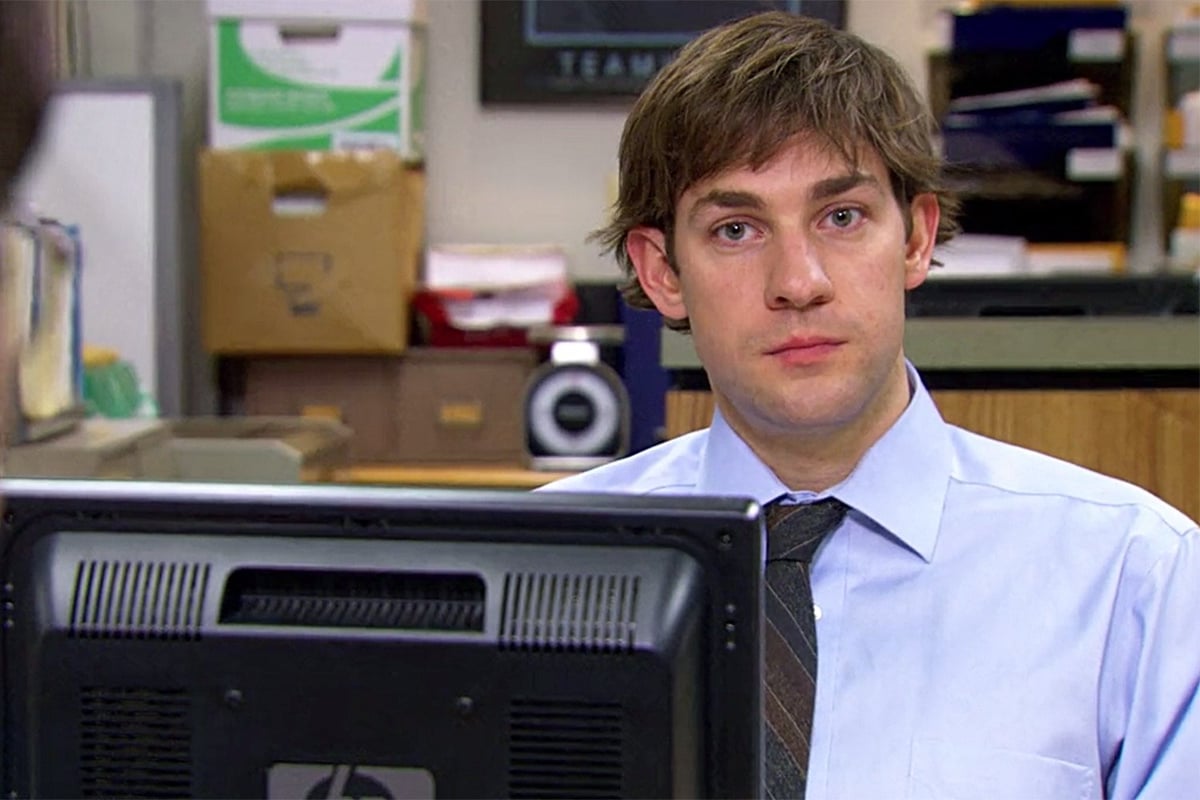 4. Angela Kinsey was a 1-800-Dentist operator before the show.

Before landing the role of Angela Martin, struggling actress Angela Kinsey worked as an operator at the US nationwide service 1-800-Dentist.

"1-800-Dentist, this is Angela. Did you need a check-up and cleaning or do you have a specific dental problem today?" she quipped on Larry King Now in February 2018.

"[The job] is going to haunt me for the rest of my life," she added.

5. A bunch of famous actors auditioned for the show.

While it's hard to imagine anyone else playing the beloved characters on the show, there were many familiar faces who auditioned for their roles.

Phyllis Smith, who played Phyllis Lapin-Vance, was actually an assistant casting director for The Office.

During auditions, she would read the lines opposite actors who were auditioning for the show. But when doing so, the producers became so drawn to her that they asked her to act instead.

Before John Krasinski auditioned for the show, a man in the waiting room asked if he was nervous.

Krasinski replied: "I love the British show so much and Americans have a tendency to just really screw these opportunities up. I don't know how I'll live with myself if they ruin it for me."

He was speaking to the executive producer...

8. John Krasinski shot some of the footage for the opening credits.

After not completely screwing up his audition and getting the role of Jim, Krasinski went on a research trip to Scranton, Pennsylvania and shot footage of the town.

They used some of it in the opening credits. 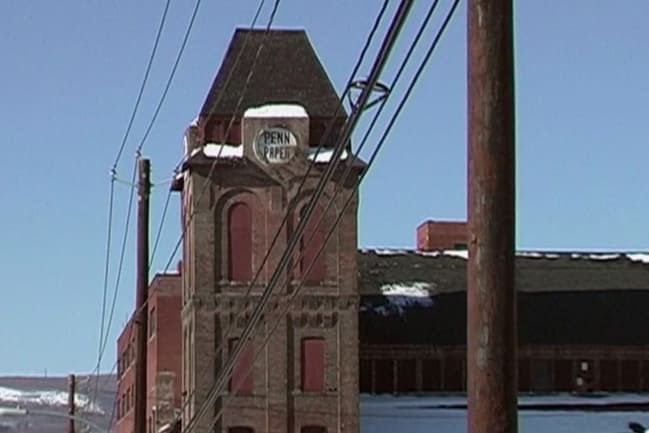 According to Buzzfeed, Rainn Wilson shared in his book The Bassoon King: My Life in Art, Faith, and Idiocy that he went out to lunch with Steve Carell, John Krasinski and Jenna Fischer after getting cast in the show as Dwight.

During the meal, the actors predicted that the show had the potential to last eight years, and Carrell mentioned he believed Michael Scott would be the role he'd always be known for.

10. John Krasinski's first on-screen kiss was on the show.

In an interview with The IMDb Studio in 2006, John Krasinski admitted that the first time that Jim and Pam kissed was also his first on-screen kiss.

"My first on-screen kiss was with Jenna Fischer in 'Casino Night' when I say I love her," he recalled. 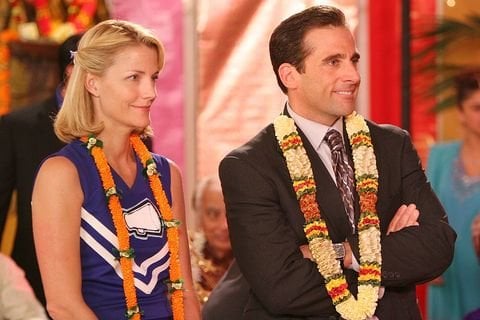 Well, she was played by Nancy Carell, Steve Carell's wife.

After Pam gave birth to Cece, she got help from a lactation consultant in the hospital. 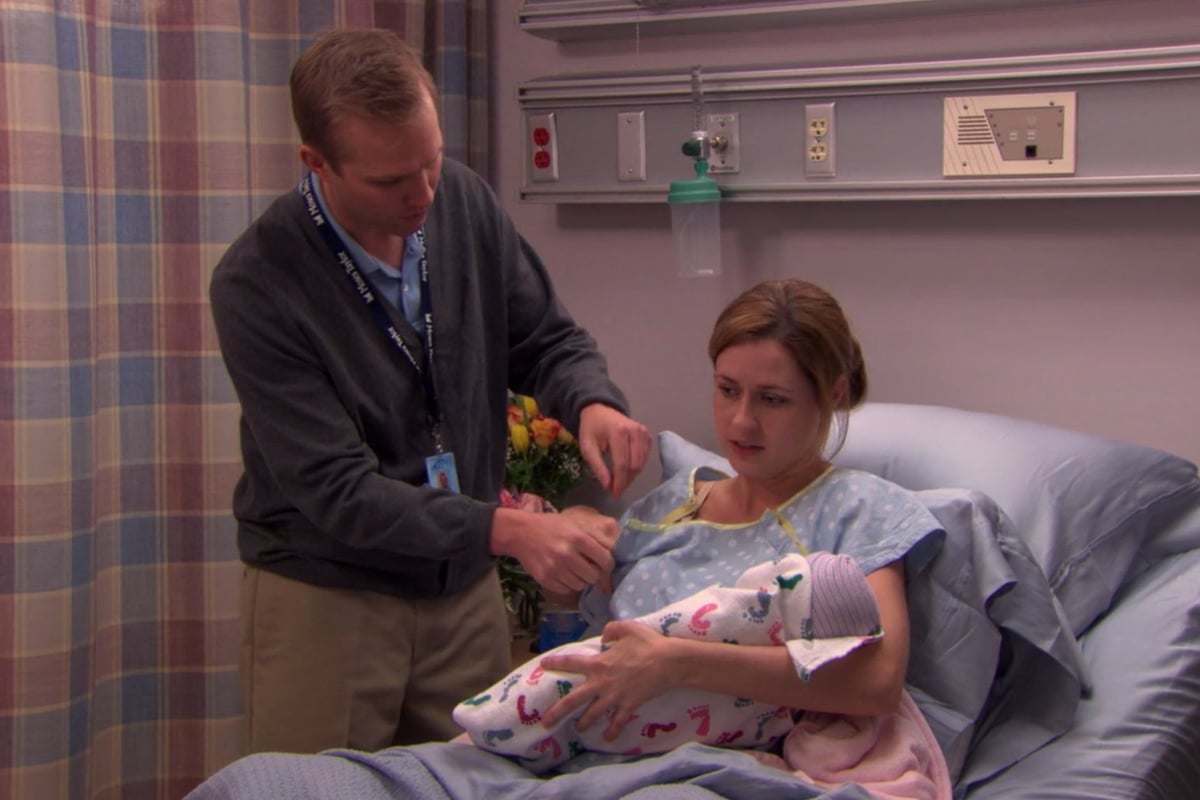 And yep, that was her real-life husband, Lee Kirk.

13. Everyone choked up singing 'Seasons of Love' on Michael's last day.

And lastly, the sweetest fact.

In an interview with the Los Angeles Times, director Paul Feig said that while filming Michael's farewell song, the Rent hit 'Seasons of Love', the cast members started choking up.

"It was so emotional!" he told the publication.

"The first time they started singing that song, everyone choked up in real life. It really started to land for people that the end is coming."

All nine seasons of The Office are available to watch on Netflix, Stan and Amazon Prime Video.