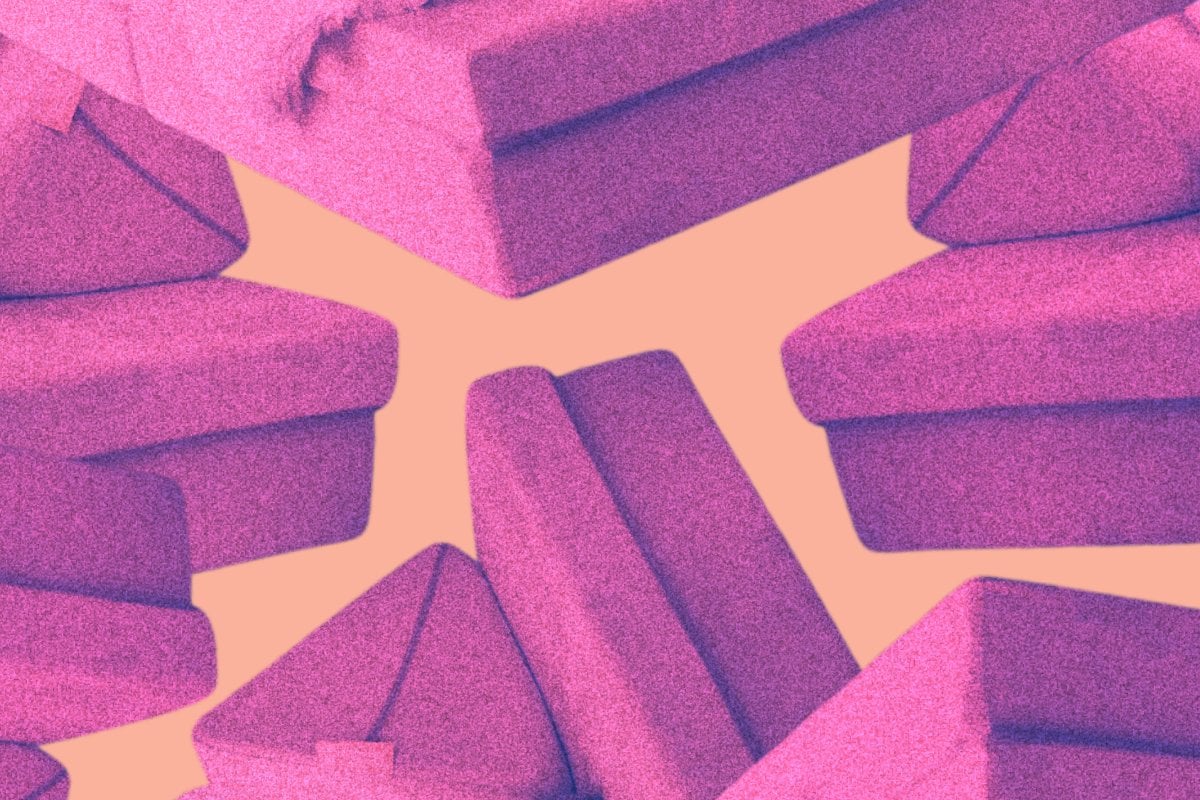 Ok, first things first: We need to introduce you to The Nugget.

It's touted as 'furniture for growing imaginations' and is part-toy, part-couch. It comes in four pieces - two triangle pillows, one seat cushion, and one base - and it's made of foam covered in micro-suede.

Basically, your kids can build forts, or trees, or interesting shapes, but it also looks aesthetically pleasing when configured as a normal couch.

Just before COVID-19 hit, the North Carolina brand was finally shipping out the last of their back orders from before Christmas 2019.

But then the pandemic forced families indoors, sending their demand even higher, fuelled along by the multiple Facebook parenting groups creating hype over The Nugget.

The brand even decided to start doing 'lotteries' instead of just new drops, to make purchasing of the product fairer.

You would enter the lottery, to win the chance to purchase a Nugget.

In November 2020, Business Australia reported parents were waiting up to eight months to get their hands on "the hottest toy of the year."

But what's creating a stir, is the other fan groups dedicated to The Nugget. The ones that exclusively talk about...sex.

'Nugget After Dark' groups, one of which had a following of 16,000 people before getting shut down (we'll get to that), are basically a place where people talk about how they're having great coitus on their children's furniture.

And no, we're not kidding.

It was a TikTok mum who first introduced the rest of the world to this phenomenon, with her video in December 'unmasking' the groups going viral. At the time of writing, her initial video has been viewed more than 3.3 million times.

@pushingastrollerinheals was responding to the question, "What's something that's not a cult, but seems like a cult?"

"Let's talk about The Nugget," she replied. And after first explaining the more innocent obsession with the couch, she turned to the "upper echelon of Nugget mums."

"You photograph your husband sitting on top of The Nugget box when it gets delivered - the less clothes the better. Literally someone just recently posted their husband ass naked on top of the box. If you reach the upper echelon of Nugget mums you get to join 'Nugget After Dark,' which is basically a group where they just talk about banging all over their children's furniture," she explained.

The internet lost its collective mind over the children's toy turned sex couch, and as Refinery 29 reported, "following the virality of Nugget Tok, there was an influx of traffic to their site, though it’s hard to tell whether or not it resulted in increased sales." 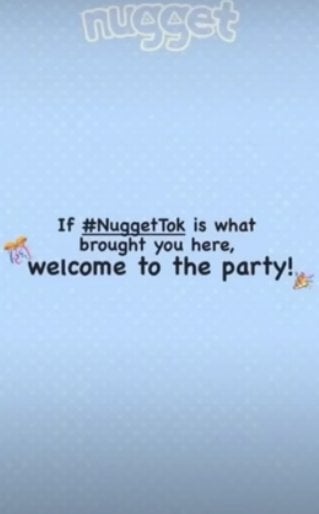 There were plenty of parents who were just awakened to the wonderful kid friendly obsession that is The Nugget. But there were plenty more who just fancied themselves a new sexy toy.

If you're still confused as to why The Nugget is a wonderful gift for fornicating, allow us to point to the...um, wedge-like pillow? Apparently it's the perfect angle....

In fact, you can buy actual sex couches that look very similar. We found the 'Liberator wedge' on a website called randyfox.com.au. 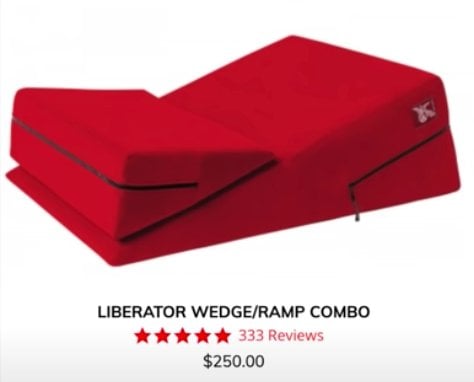 But then drama swirled within the primary Nugget After Dark group, with some of the mums inside the group annoyed that everyone was suddenly talking about them and they started to lash out at the mum influencers, like @pushingastrollerinheals and @thebigweirdmum, who were leading the conversation.

Basically a whole heap of 'doxxing' went on, aka, the practice of researching and publicly broadcasting private or identifying information.

And it got nasty.

The spat ended with that particular Nugget After Dark group being shut down. But according to @thebigweirdmum, it had nothing to do with sex. It turns out the group - who were enjoying an influx in keen members - were racist, and a whole heap of racist debate started popping up around the time of the Capitol Hill riots.

"They got shut down because there was a tonne of drama involving racist posts and it turns out they were not as inclusive as they said they were," she explained.

There are still plenty of Nugget After Dark groups online, including one that has over 7000 members and the tagline "Just nugget owners doing what we do *wink face*."

And that, dear readers, is how an innocent children's toy was transformed into a viral sex couch that took over the internet.

It's also the result, we suspect, of a world currently in lockdown and looking for entertaining wormholes on the internet to dive into.

Nugget Tok was certainly a ride.