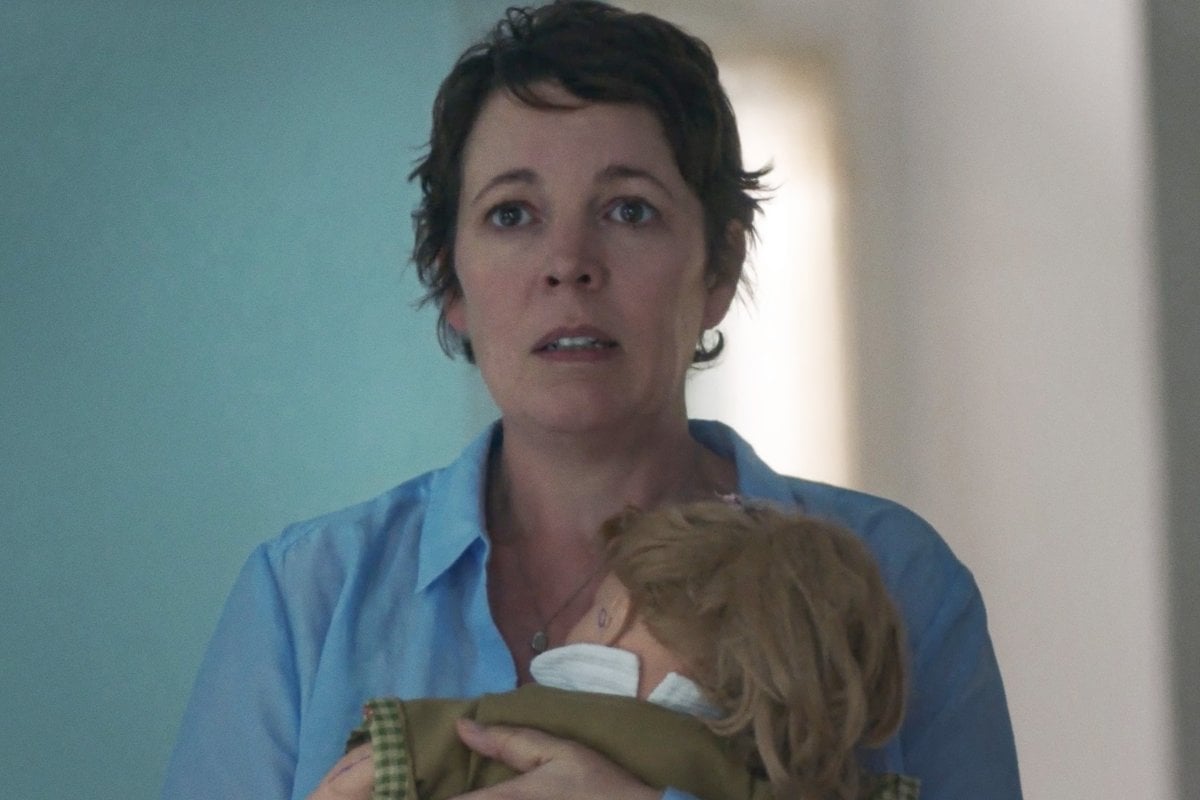 Recently I watched the film The Lost Daughter on Netflix. It’s good. I loved it, and I’m going to spoil parts of it.

Basically, it's a story about a 50-something woman called Leda (played by the wonderful Olivia Colman) who is holidaying at a resort in Greece when she becomes intrigued by a young mother and her daughter who are also on holiday.

Seeing them together makes Leda reflect on her own experiences of motherhood when her daughters were young, and how hard that time was.

While you're here, watch the trailer for The Lost Daughter below. Post continues after video.

We see flashbacks to a young Leda frustrated by her children – feeling entrapped by motherhood, longing for intellectual growth and for some time on her own.

Later in the film, we learn that this need became so great that she left her young daughters with their father for three years to pursue an academic career.

When she is asked how it felt to leave her children, she said it was amazing and freeing. But ultimately she missed them, so she came back.

Watching this scene felt like a blow to the chest.

I understood it all.

I would like to feel amazing and free for a while. Every day, I experience those feelings of frustration and suffocation that Leda felt and are part of motherhood, particularly with young children.

I know the intense, overwhelming desire to escape it that Leda has, and it was almost shocking to see this portrayed on screen in such an honest way but without judgement of Leda as a mother and a person. This never happens, mothers who leave their children are normally pariahs.

Writing these words down scares me because I know there are a lot of people who don’t like it when mothers talk this way.

We’re constantly told being a mother is a privilege and we should feel grateful, that children are a blessing. And I agree, it is and I do, and they are.

But motherhood is also really bloody hard and boring and frustrating, and the expectations of mothers are just enormous. 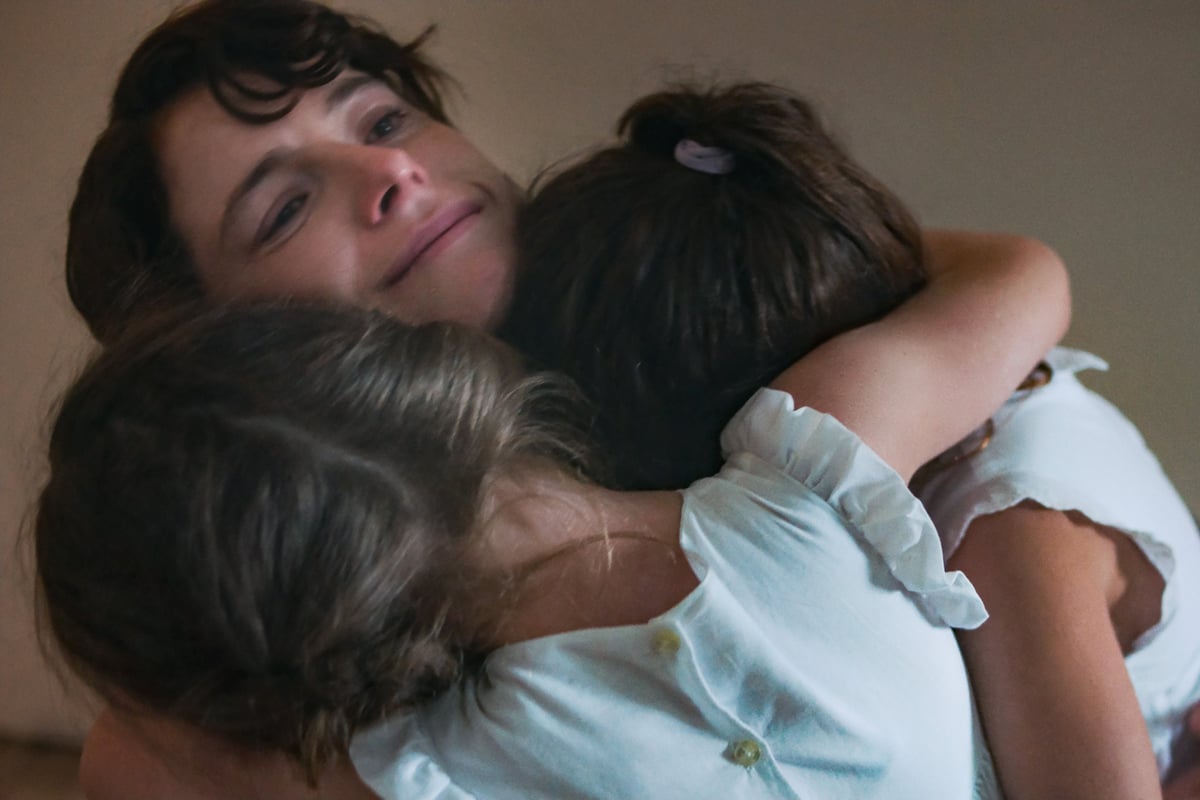 "Every day, I experience those feelings of frustration and suffocation that Leda felt." Image: Netflix.

It’s making snacks (healthy ones of course) every hour on the hour, playing 'imaginative' games when you don’t want to, and listening to all the details of Pokemon cards and which ones do the most 'damage'.

It’s telling your children 100 times not to do something because they’ll fall/slip/trip and they do it anyway and then you have to not get angry, but console them and mop up the tears and the blood.

Motherhood is constant and exhausting and overwhelming, and sometimes I would like to run away from it because like Leda, I also have big ambitious dreams and goals for my life that are entirely unrelated to my children. But I’m 40 and I feel like I'm running out of time!

And I feel guilty even saying that.

So in order to avoid some of the backlash I’m likely to get for saying all the above things, I would like to state clearly that I adore my children more than anything in the world, and I’m not going anywhere.

Having my sons has been the greatest blessing of my life and I love them unconditionally, forever. I delight in watching them grow and change, and I feel so lucky that I get to love these creatures, that I get to be their mum.

But sometimes, most days in fact, I feel overwhelmed by being a mother. It’s the weirdest thing, the divided heart – I love them and want them more than I can ever express, but I also long to escape them and be alone and pursue other things.

A couple of times in The Lost Daughter, the point is gently made that fathers in our society don’t have to choose. They can be fathers and rarely see their children. The expectations placed upon them are so minimal and they are judged so little by society.

There are two male characters in the film who identify themselves as fathers but who rarely see their children.

One has left his children to be raised by their mother in Germany while he travels the globe with his new love. The other moved to Greece to try a different kind of life, leaving his children with their mother in America. They're still fathers though, they just don’t actually parent their children.

I know lots of fathers like this in real life.

I know fathers who decided it was too much for them, so they decided to pursue careers, to travel, to marry younger women, and they see their children for a week on school holidays and every second weekend for one night.

I know fathers who work 12-hour days and spend two weeks each month travelling for work to pursue their professional dreams and goals while their partners essentially solo-parent their shared offspring.

They’re still considered fathers. You can totally be a father and barely parent your children, but if a mother did this, she’d be vilified.

If she chose the first option, leaving the children to live with their father and only seeing them every second weekend, you’d hear cries of 'how could she leave her children?' screamed angrily in judgemental tones.

If she chose the second option, you’d hear 'why did she even bother having children?' hissed among other parents during school pickups and birthday parties.

Need evidence of this? Think of the double standard for politicians. We ask mothers how they’ll manage the juggle, and if they miss their children when parliament is sitting, but never fathers.

It actually feels a bit disingenuous for me to write about this topic when my lived experience is pretty traditional - I work part-time and am the primary carer to my two children while my husband is the main earner in our family. We made these decisions together, and are regularly in conversation about whether it is working for each of us.

But even though we’ve chosen this parenting set up for now, I'm still relieved that we are finally having conversations about different kinds of mothers. 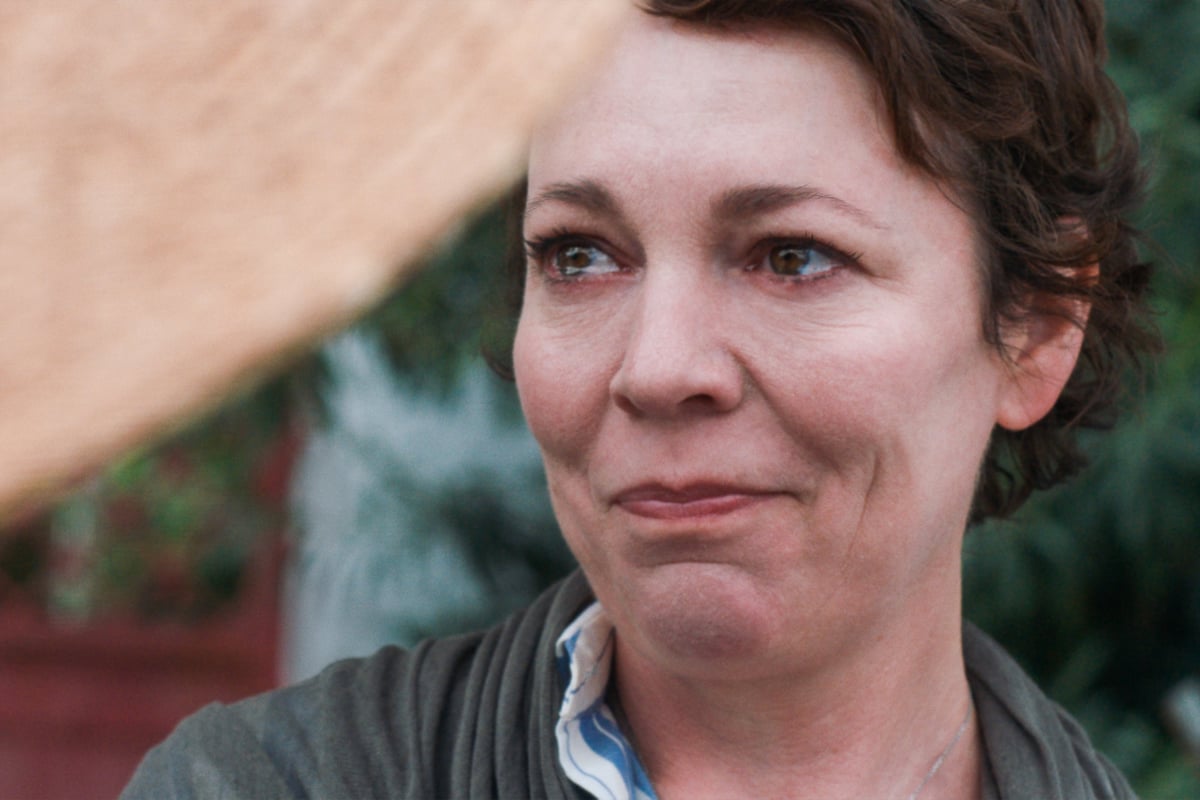 Olivia Coleman as Leda in The Lost Daughter. Image: Netflix.

Even though I’m not planning on leaving my children for three years, I’m so relieved that Leda is not portrayed as a cruel witch, but a complex human.

I’d love it if we could come to a point in time where motherhood and fatherhood can be done in a myriad different ways, in ways that work for the humans involved instead of in the ways that society dictates.

I hope that one day, the phrase 'having it all' doesn’t just mean that a mother is killing herself doing it all in order to have the things she wants as well as a family.

I hope that one day there are not thousands of articles written about a Prime Minister being a mother and her male partner being the primary carer to their child.

I hope instead, that well before my sons are fathers, we would have come to a point where families structure things however the heck works for them and we’ve stopped dictating how a mother 'should' be.

The Lost Daughter is available to watch on Netflix now.

Reply
Upvote
I cried and nodded in agreement throughout this entire movie. It cut eerily close to the bone. I could relate to Leda in so many ways. I have lost much of myself to being a mother, and not sure how to find me again.
M
mamamia-user-482898552 3 months ago

But even though we’ve chosen this parenting set up for now, I'm still relieved that we are finally having conversations about different kinds of mothers. Even though I’m not planning on leaving my children for three years, I’m so relieved that Leda is not portrayed as a cruel witch, but a complex human.

I'm not really sure this novel or TV adaptation does much for the cause. Leda isn't really portrayed as a particularly likeable person. She's very much "othered" by way of her feelings and actions - she exists more as a challenge to the status quo, but I don't see her as someone who is seen as the preferable option to that status quo, if that makes sense.
In many ways, I think the "unmotherly mother" character type is used as a surrogate for child-free characters. Rather than showing a woman prospering and happy without children, we are being shown unhappy mothers with personal regrets and deep faults. It feels like a punishment to me, rather than encouragement.
News
General
Opinion
True Crime
Politics
Sport
Explainer
Entertainment
Celebrity
Reality TV
Movies
TV
Books
Rogue
Royal
Lifestyle
Beauty
Fashion
Weddings
Home
Wellness
Health
Fitness
Travel
Food
Parents
Before The Bump
Pregnancy
Baby
Kids
Teens
School
Parent Opinion
Work & Money
Money
Finance
Career
Lady Startup
Relationships
Sex
Dating
Separation
Friendship
Family
Real Life
Couples