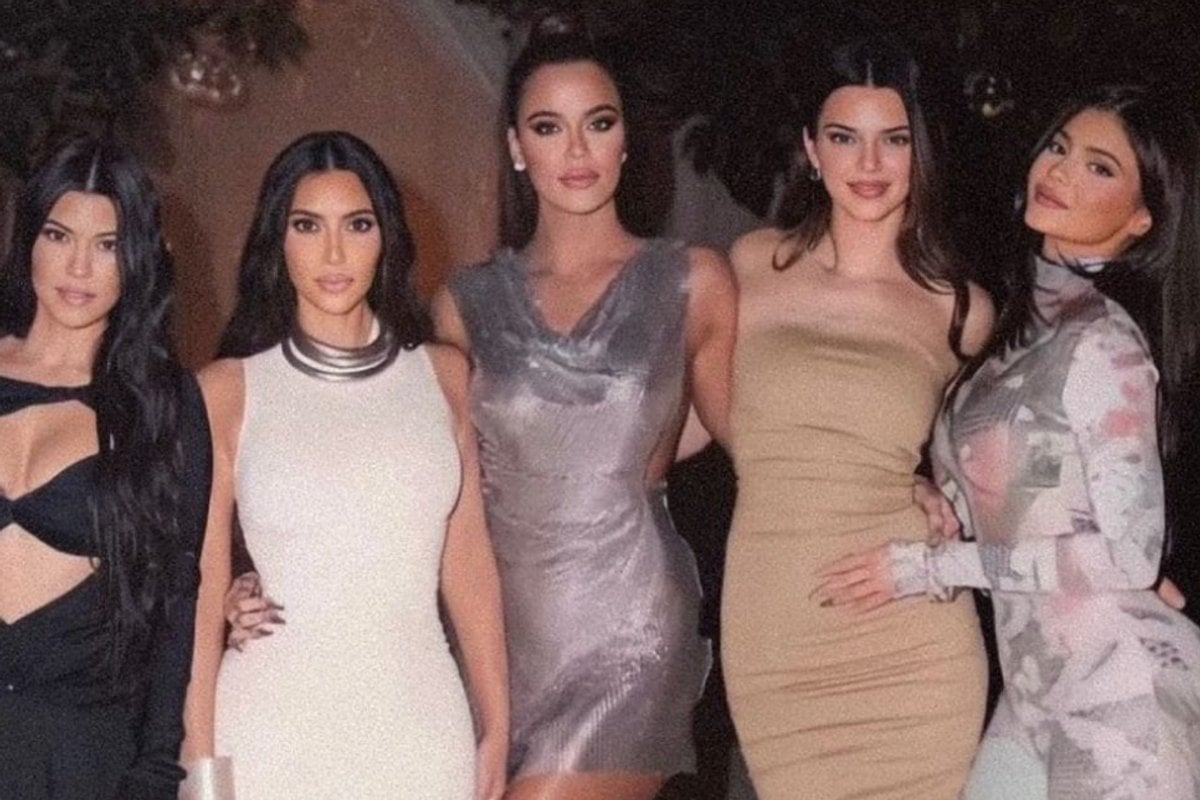 The Kardashians is the docuseries we didn't know we needed in 2022.

So far in the show, we've seen another cheating scandal erupt, an old flame coming back to stir trouble and even a brand new beau – with our favourite Kardashian sisters at the centre of it all.

We're already six episodes deep and let's just say we've learned a lot about the famous brood with the new documentary-like format – which is very different to the former reality show the family also starred on, Keeping Up With The Kardashians, for over a decade.

Watch the trailer for The Kardashians. Post continues after video.

With only a few episodes left to go before the series finale, we thought it would be no better time than to breakdown all the behind-the-scenes drama you might have missed.

According to Khloé, Kim and Pete are "in love". 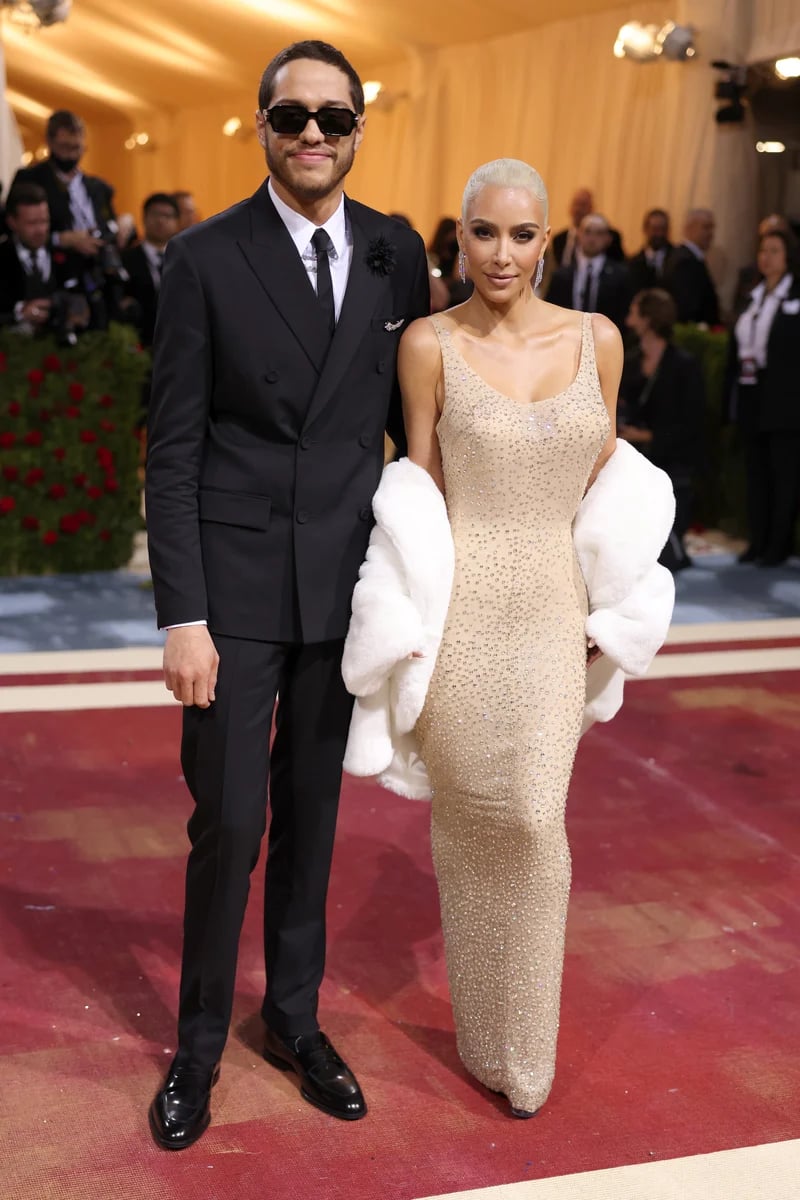 If you've been keeping up with The Kardashians, then you might already be aware that Kim Kardashian is dating comedian and SNL regular, Pete Davidson. According to the show, the pair's relationship is going very well.

On Twitter, a fan of the family and their new Hulu show, The Kardashians, tweeted, “Kimberly is in LOVE lmao it’s so cute.”

Khloé replied, “Isn't it??? She is in LOOOOOVVVEEEE.”

Isn’t it??? She is in LOOOOOVVVEEEE

In the SNL episode, the two acted alongside each other, and in one scene, the pair shared an on-screen kiss. We guess you could just assume sparks flew instantly.

Khloé, along with the rest of the world, is currently watching Tristan Thompson's paternity scandal unfold on The Kardashians.

During a recent episode, we learnt Tristan had fathered a child with another woman, despite living with Khloé and working towards a romantic relationship with her once again (after a slew of previous cheating scandals).

While live-tweeting during the show's most recent episode, the Good American co-founder admitted it was difficult to re-watch the whole drama play out.

"Rewatching this part is uncomfortable, but I love and appreciate my family more than I can express," she wrote. "Praise the Lord I have them for the [rest of] my life ❤️❤️❤️ #TheKardashians."

in December 2021. He also shares daughter True, 4, with Khloé and son Prince, 5, with Jordan Craig.

Kylie ran into Tristan at a birthday, and apparently the exchange was... nice.

In the most recent episode of The Kardashians, Kylie could be heard asking over the phone to her sisters Kourtney and Kim, "Is Tristan the worst person on the planet?"

Just hours after the episode aired, Kylie and Tristan were photographed at the same birthday party. A source told Page Six that the pair were cordial, despite the drama.

So it turns out, Caitlyn Jenner’s mother is not a fan of The Kardashians.

Caitlyn Jenner’s mother, Esther Jenner, is not a fan of The Kardashians, and it may have something to do with the fact her daughter was purposefully excluded from the show.

"I think that Kardashian show is the most senseless thing I have ever watched," she told the US Sun. "But my two granddaughters, Kendall and Kylie, created it, and I love them dearly."

"They’re my blood," she continued. "And my four step-grandchildren – Kim, Kourtney, Khloé and Robert – feel like they’re mine, too."

Although Caitlyn clarified in March that she was "happy" about her family’s new Hulu show, she later tweeted that she learned "through the press" that she had been "explicitly excluded from the new show".

Kourtney calls out The Kardashians for "enabling" drama.

In a bizarre episode, Kourtney expressed her frustrations with The Kardashians editing team for "enabling" the drama between her family, husband Travis Barker and ex, Scott Disick.

On the show, Kourtney told her friend Stephanie Shepard that she and Travis "film and have the best time ever, and then we’ve been watching the edits and we’re just so annoyed because they’re, like, swirling us in with this drama."

As an executive producer of the show, Kourtney and her sisters are able to watch episodes before they're approved.

She went on to point out the engagement episode left her particularly annoyed due to "editors, or whoever, are taking it as like, 'let’s take Kourtney, she’s the chosen one to be the drama'."

Regarding her behaviour on the engagement night, she said: "I wasn’t like, 'god, everyone’s such f**king a**holes for bringing up this,' cause it wasn’t a part of the night. It was, like, two seconds of the night. I didn’t even remember it until I saw the cut of the episode.

Kourtney later said she preferred to have any and all drama concerning Scott to be taken out of her engagement episode, out of "respect" for her and Travis.

"While shooting our show, we are all executive producers, so we get to see cuts of the show and give notes on episodes and make sure that our stories are being told. I am in one of the best places that I’ve ever been in my life, and it’s time for our show to catch up," she said.

"It’s enabling this old narrative and buying into something that just doesn’t really exist. It should be an empowering episode about me getting out of toxic relationships and really having this, like, fairy-tale love story – that is my reality."